Arctic summer sea ice is at its twelfth lowest extent on record - WSBuzz.com
Skip to content

Arctic summer sea ice is at its twelfth lowest extent on record, dropping to 1.82 million square miles in 2021, NASA reveals

Sea ice in the Arctic dropped to an area of just 1.82 million square miles on September 16 — its twelfth lowest extent on record, NASA has revealed.

Experts at the US space agency and the National Snow and Ice Data Center used satellites to monitor the minimum sea ice coverage each summer since 1978.

The ice wanes in the spring and summer each year, reaching its minimum amid September. However, records have shown significant declines in the last 43 years.

In fact, the last 15 years have exhibited the 15 lowest minimum extents since the satellite measurements began.

Sea ice in the Arctic dropped to an area of just 1.82 million square miles on September 16 — its twelfth lowest extent on record, NASA has revealed. Pictured: this year’s sea ice minimum area, as compared with the average summer minimum for 1981–2010 (shown in yellow) 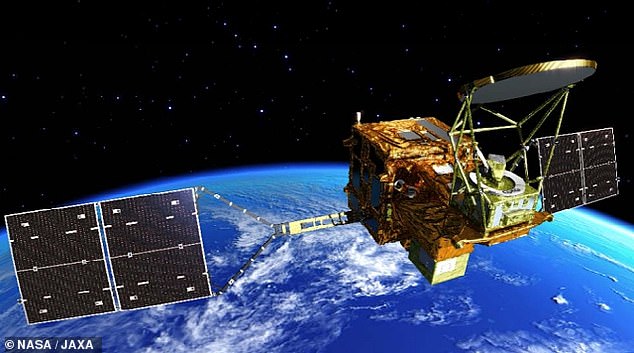 Sea ice forms as seawater freezes and, because it loses density, floats on the surface of the water.

It is estimated to cover around 7 per cent of Earth’s surface and about 12 per cent of the world’s oceans.

The lion’s share of sea ice is contained within the polar ice packs in the Arctic and Southern oceans.

According to NASA, September Arctic sea ice minimum extents are currently declining at a rate of 13.1 per cent each decade, relative to the 1981–2010 average.

Researchers explained that the extent of Arctic sea ice is defined as being the area in which the concentration of ice is at least 15 per cent.

Data for the visualisation in the above NASA video was provided by the Japan Aerospace Exploration Agency’s Global Change Observation Mission 1st-Water ‘SHIZUKU’ (GCOM-W1) satellite, which began operation back in 2012.

The news comes in the wake of a European Commission-backed report that warned that global sea levels are rising at an ‘alarming rate’ of 0.12 inches per year.

The fifth iteration of the Copernicus Marine Service’s ‘Ocean State Report’ was drawn up using a combination of satellite observations, measurements at different ocean locations around the world and a series of computer models.

The report reveals the ways in which the ocean is changing and the consequences, which include ocean warming, sea ice loss and rising sea levels.

Experts found that warming oceans and melting land ice is caused sea levels to rise at a rate that is unprecedented at any time in the last century.

The report also revealed that the average extent of Arctic sea ice is decreasing, losing an area equivalent to the size of Germany in the period from 1979 to 2020.

According to Alex Arnall, an environmental geographer at the University of Reading who was not involved in the present study, rising sea levels are no longer a ‘future problem’ and are already impacting coastal communities around the world. 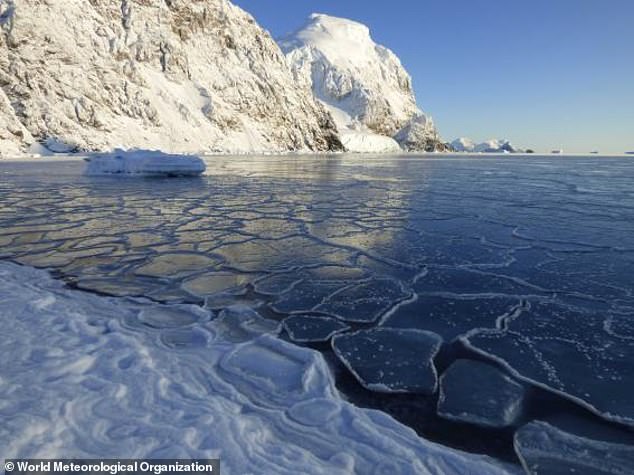 The report reveals the ways in which the ocean is changing and the consequences — which include ocean warming, the loss of sea ice (pictured) and rising sea levels

Copernicus Marine Service oceanographer Karina von Schuckmann said that climate change, pollution and overexploitation has placed unprecedented pressures on the ocean, which makes up 71 per cent of the Earth’s surface.

‘It is also responsible for regulating Earth’s climate and sustaining life,’ she added.

‘Accurate and timely monitoring and reporting is crucial for understanding the ocean so we can adapt to its changes.

‘The Ocean State Report highlights the necessity of governance to help us all work together to reduce harmful effects and adapt to protect this most precious resource and its ecosystems.’

The full findings of the Ocean State Report were published on the Copernicus Marine Service website.

WHAT ARE THE EFFECTS OF LOWER SEA ICE LEVELS?

The amount of Arctic sea ice peaks around March as winter comes to a close.

NASA recently announced that the maximum amount of sea ice this year was low, following three other record-low measurements taken in 2015, 2016 and 2017.

This can lead to a number of negative effects that impact climate, weather patterns, plant and animal life and indigenous human communities.

The amount of sea ice in the Arctic is declining, and this has dangerous consequences, NASA says

NASA researcher Claire Parkinson said: ‘The Arctic sea ice cover continues to be in a decreasing trend and this is connected to the ongoing warming of the Arctic.