But Thorpe, who is also being investigated by the powerful Senate privileges committee while her office is reviewed by the Parliamentary Workplace Support Service, has not met with the federal police over the Martin matter. 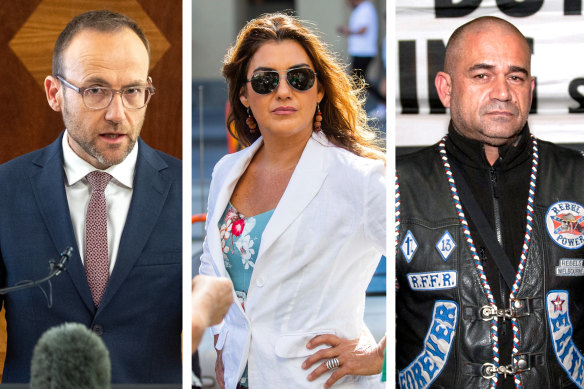 Greens leader Adam Bandt asked Lidia Thorpe to resign as the party’s deputy leader in the Senate over her prior relationship with Dean Martin.Credit:Jason South, Paul Jeffers, Jesse Marlow

A spokesman for the Greens confirmed Bandt’s meeting with the federal police but said “the contents of that briefing are private”.

The AFP, which declined to comment, has also spoken to others.

Thorpe resigned from her position as deputy Greens leader in the Senate last month after two of her former staffers revealed she had been in a relationship with Martin while also serving as a member of the joint parliamentary committee on law enforcement.

When she was referred to the privileges committee, Thorpe said: “I strongly reject any suggestion that I would do anything other than comply with the committee’s requirements and I note no one has offered any evidence to the contrary.”

The former prime minister appointed himself to the health, finance, home affairs, treasury, and industry, science, energy and resources portfolios in 2020 and 2021. 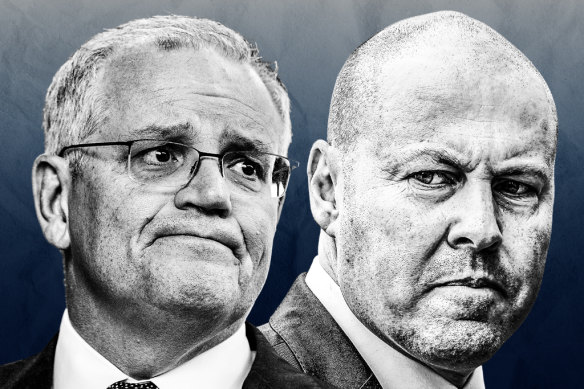 What really stuck in Frydenberg’s mind, and his craw, was Morrison’s response in that initial conversation when a profoundly disappointed Frydenberg put it to him that: ‘You wouldn’t do it again if you had your time over!’ Morrison replied: ‘Yes I would.’

“…I don’t think there was any reason for Scott to take on the additional Treasury portfolio. The fact he did take it, and it was not made transparent to me and others, was wrong and profoundly disappointing.”

When I asked Frydenberg if he still regarded Morrison as a friend, he replied instinctively: ‘Yes.’ When I asked him if the friendship had been damaged, the answer was the same: ‘Yes.’ Despite Frydenberg’s positive reflex response, that is one relationship that will never be the same again.

Today’s headlines at a glance

It’s Friday, November 25. I’m Ashleigh McMillan and I’ll be anchoring our live coverage for the first half of the day.

Here’s what you need to know before we get started.