The nation’s runaway jobs market is showing early signs of reaching a critical tipping point, strengthening the case for the Reserve Bank to slow down its aggressive increases in interest rates in the run-up to Christmas.

Unemployment has risen for the first time since interest rate hikes began during the election campaign. Since May, the Reserve Bank has lifted interest rates five times – from a historic low of 0.1 per cent, to 2.35 per cent – in its bid to counter inflation which is set to reach 7.75 per cent by December. 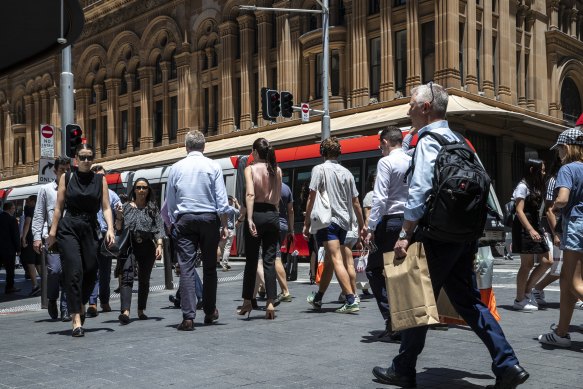 The unemployment rate rose for the first time since October 2021.Credit:Louie Douvis

The unemployment rate rose by 0.1 percentage points to 3.5 per cent in August, according to jobs data from the Australian Bureau of Statistics, still 1.8 percentage points lower than at the start of the coronavirus pandemic.

Many economists now expect the Reserve Bank’s rate rises to be smaller as the aggressive tightening starts to take effect amid falling property values, poor consumer sentiment and a stagnating unemployment rate – which is normally the last key economic indicator the Reserve Bank’s hikes affect.

More on this issue here.

Putin and Xi meet to solidify partnership against ‘ugly’ West

Xi Jinping and Vladimir Putin have met in Uzbekistan, solidifying the partnership between Moscow and Beijing as Russia haemorrhages territory in Ukraine.

In his first visit overseas since the COVID-19 pandemic began, the Chinese President used the Shanghai Cooperation Organisation forum in Uzbekistan to draw Central Asia closer to China and whittle down support for the US-led world order. 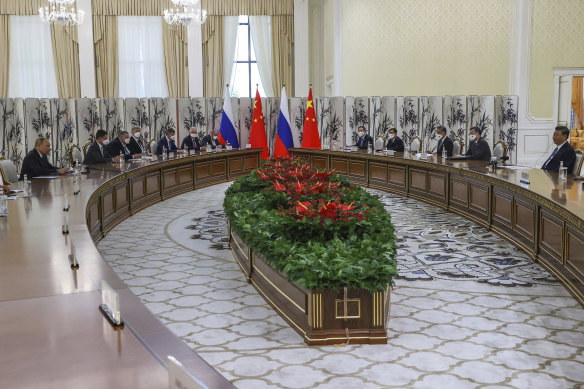 Xi did so as Russia bombarded a dam in the central city of Kryvyi Rih and shelled Zaporizhzhia in the southeast as it pushed back against a week of losses to Ukrainian resistance.

China has had to balance its own diplomatic goals with escalating fears about the territorial ambitions of Moscow in Central Asia, where former Soviet Socialist Republics including Uzbekistan and Kazakhstan have long memories of Russian occupation.

Queen’s coffin to be carried on same gun carriage as her father, Victoria and Churchill

The Queen’s coffin will be taken to Westminster Abbey on the same gun carriage that was first used for Queen Victoria’s funeral and also carried the bodies of her father, George VI, wartime prime minister Winston Churchill and her beloved uncle Earl Mountbatten.

Nearly 500 dignitaries from around the world will descend on London to pay their last respects to the long-reigning monarch alongside members of the royal family in one of the largest diplomatic moments of the century. 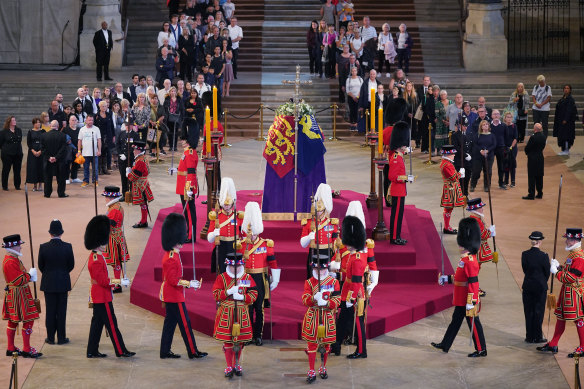 The first members of the public pay their respects as the vigil begins around the coffin of Queen Elizabeth II as it lies in state inside Westminster Hall.Credit:Getty Images

They will be joined by UK prime ministers past and present, and key figures from public life at Westminster Abbey – the historic church that can hold around 2000 people – at 11am on Monday (8pm AEST).

But Buckingham Palace said a burial service conducted by the Dean of Windsor and attended by the King and royals will remain entirely private as a “deeply personal family occasion”.

More on the Queen’s funeral here.

This morning’s headlines at a glance

It’s Friday, September 16. I’m Broede Carmody and I’ll be anchoring our live coverage for the first half of the day.

Here’s what you need to know before we get started.