Bank of America worker, 42, who faked terminal cancer in £1.8m insurance scam and blew the money on cars, property, and private education for his children is jailed for six years

A former Bank of America worker who faked having terminal cancer as part of a series of scams worth a combined £1.8 million has been jailed for more than six years.

Rajesh Ghedia, 42, falsely said he would be dead within 12 months, faking medical documentation and letters from a consultant to claim insurance money between October 2020 and May last year.

In another series of schemes, Ghedia made fraudulent claims about his position at Bank of America to encourage seven people, including one relative, to invest in non-existent financial products with the company and Goldman Sachs from 2016 to 2020.

Southwark Crown Court heard how the father lived a ‘lavish lifestyle’ thanks to his ill-gotten gains, which helped pay for luxury cars, property and private education for his children.

Judge Deborah Taylor branded Ghedia a ‘persistent fraudster and liar’ as she jailed him for a total of six years and nine months on Friday.

Ghedia had earlier pleaded guilty to more than 30 counts of fraud – with all his victims having been friends or acquaintances of his, including parents of his children’s school pals.

Judge Taylor said: ‘This was a contrived, extensive and complex fraud using the names and reputation of doctors without them knowing. 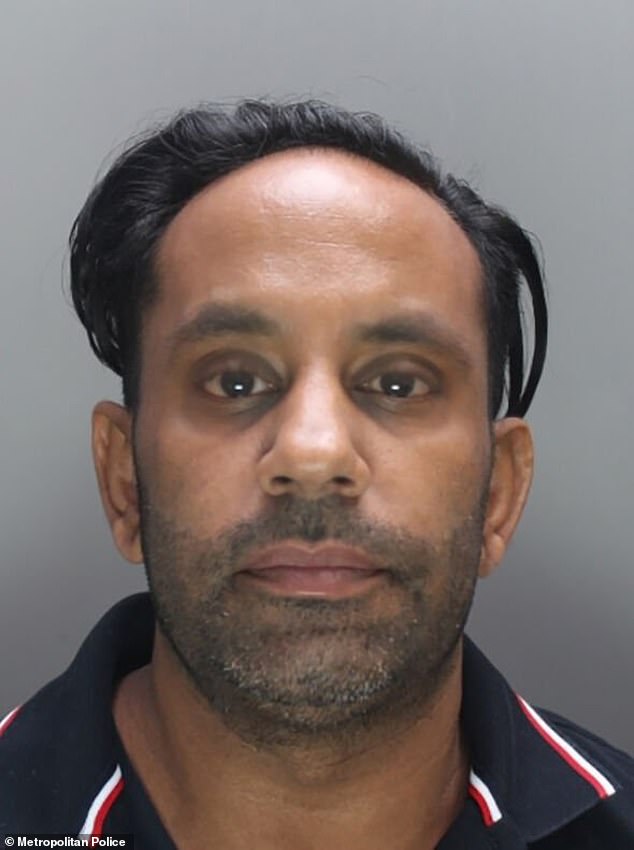 Rajesh Ghedia (pictured), 42, falsely said he would be dead within 12 months, faking medical documentation and letters from a consultant to claim insurance money between October 2020 and May last year

‘A complete disregard to their names and reputations.’

In relation to the investment fraud, she said: ‘You have caused them (victims) devastation, showing utter disregard for their mental wellbeing and finances.

‘All have been left scarred.’

Judge Taylor added: ‘This had high culpability as these were significant offences with extensive planning.’

Jack Talbot, prosecuting, had set out what he described as ‘significant cases of fraud’.

Ghedia falsely claimed to have been diagnosed with pancreatic cancer and said that it was likely he would only live for another year at the most in a scam worth over £1.2 million, the court heard.

Judge Taylor told Ghedia: ‘Your own forgery tripped you up.’

In his other scam, Ghedia caused victims to lose a total of £600,000 after being told they could double or triple their money over a short period of time.

Mr Talbot told the court that among the victims was a cousin whom Ghedia had urged to invest in a non-existent Goldman Sachs portfolio.

A total of more than £63,000 was instead paid into three bank accounts belonging to him.

Another victim was his former taxi driver and his wife, who lost a total of just over £104,000.

The couple took out loans and had to sell their home to cover the costs, the court heard.

On some occasions, Ghedia made ‘dreadful assertions’, falsely saying his daughter had been killed in a car accident, to avoid communicating with the victims.

Another victim, a grandfather, told in a statement of his ’embarrassment’ after being swindled by Ghedia. 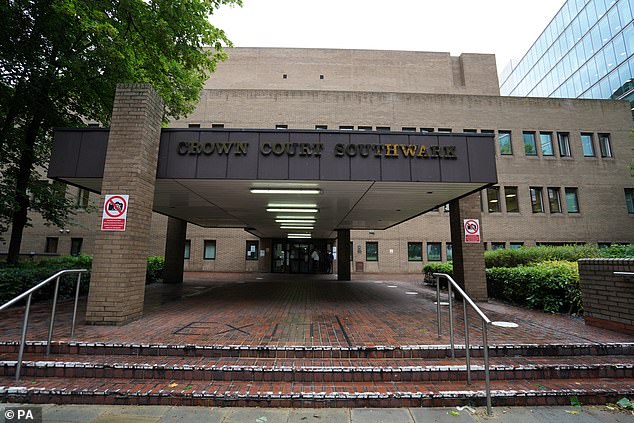 Southwark Crown Court (pictured) heard how the father lived a ‘lavish lifestyle’ thanks to his ill-gotten gains, which he splashed on cars, property and private education for his children

All the victims had known him before the scams took place, some being the parents of his children’s school friends.

Mr Talbot said Ghedia was ‘highly’ culpable due to the ‘continual period of offending’ over five years.

He also told the court the ex-banker has ‘high value’ property and vehicles, privately educates his children and lives a ‘lavish lifestyle’.

Benjamin Waidhofer, defending, argued the offences ‘did not’ take place over a significant period of time, as well as telling of Ghedia’s good character.

Mr Waidhofer said: ‘The defendant has come to terms with the possibility of a custodial sentence and entirely accepts responsibility.’

Speaking about compensation, he added: ‘In all likelihood the victims will be made substantially, if not completely, whole.’

Ghedia, of Maidenhead, in Berkshire, had entered an early guilty plea, the court heard.