What a difference a month makes! Before-and-after pictures reveal how flooding swamped York, Norfolk and Cambridge after torrential January downpours

These dramatic before and after pictures show the extent of the flooding across the UK in January when two months’ worth of rain fell in just 24 hours.

Thousands of homes were evacuated and care home residents were rushed to safety as torrential downpours brought a deluge of water.

Hundreds of warnings were put out and emergency flood defences erected in an attempt to keep the flood water out.

These pictures captured by a photographer show the extent of the flooding in York, Norfolk and Cambridge at the height of the disaster. 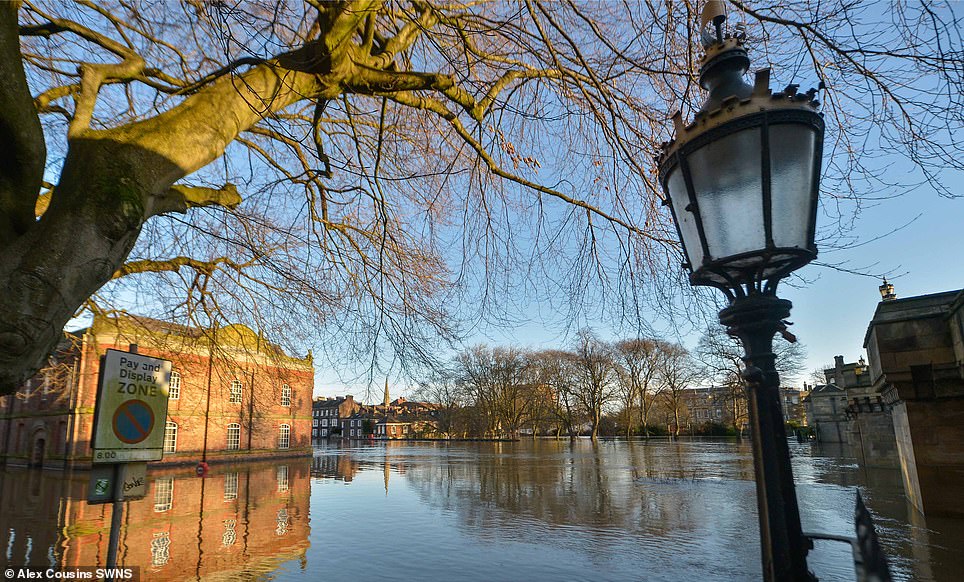 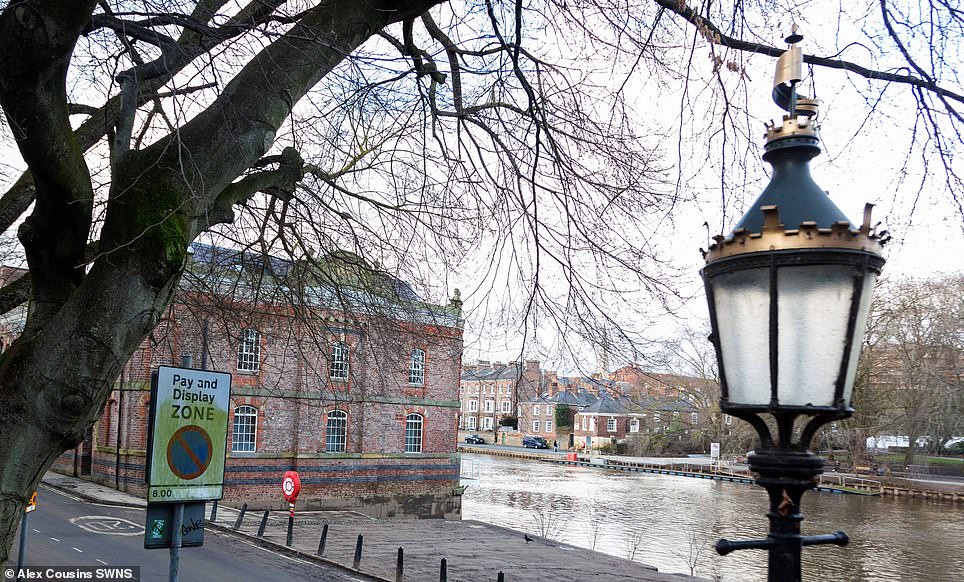 This road was barely recognisable in these before and after images showing the extent of the flooding in York when the River Ouse burst its banks, swamping hundreds of homes with water throughout the historic city 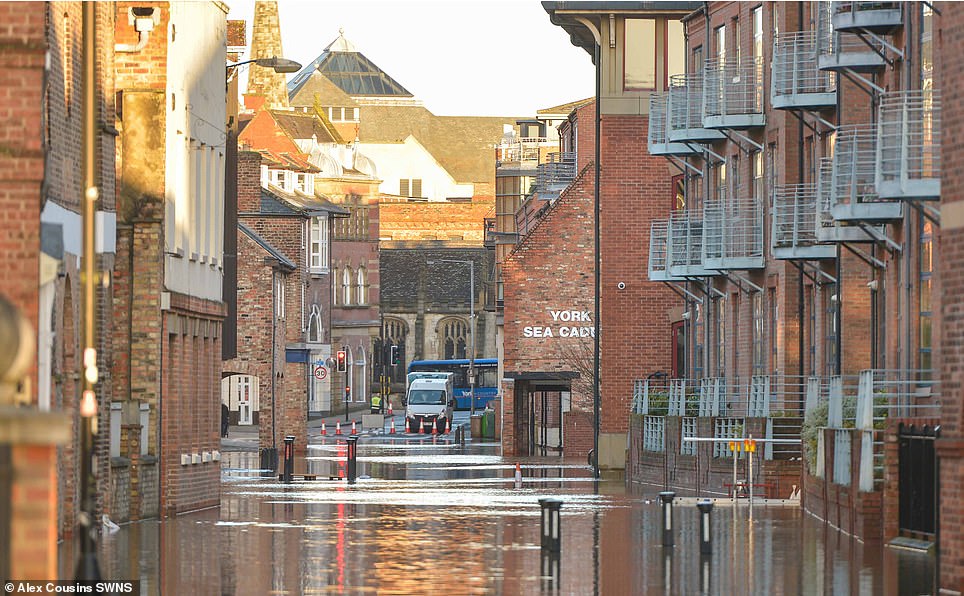 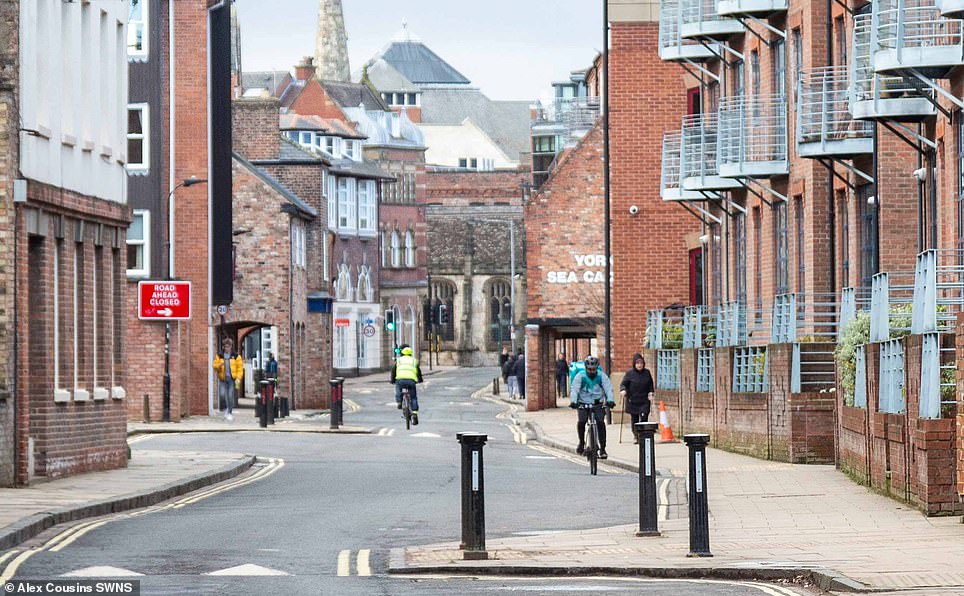 York’s city centre looks as though a river runs through the centre of the street in this dramatic image, before the water finally recedes 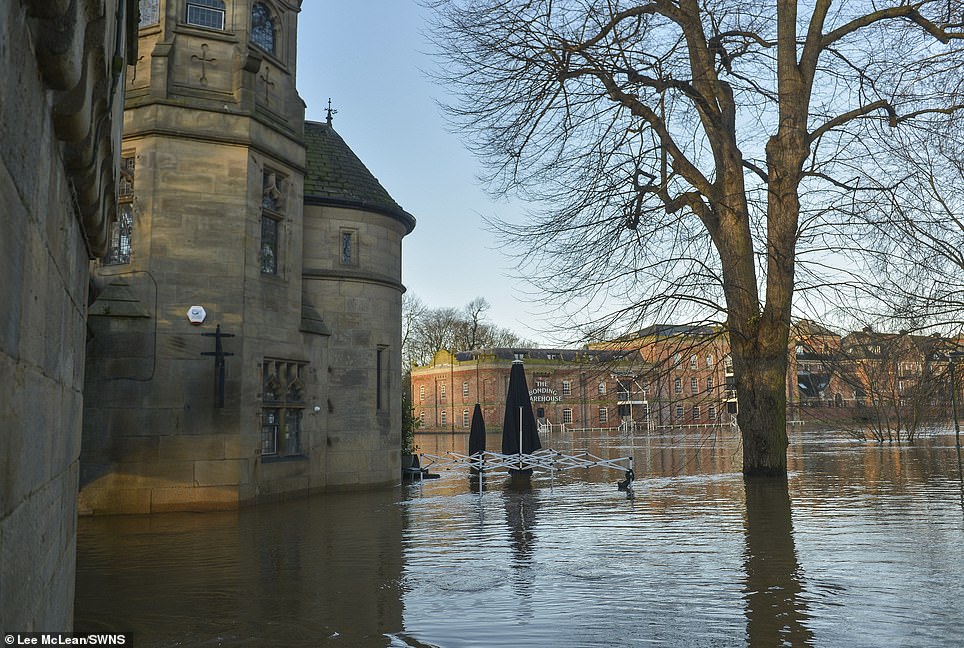 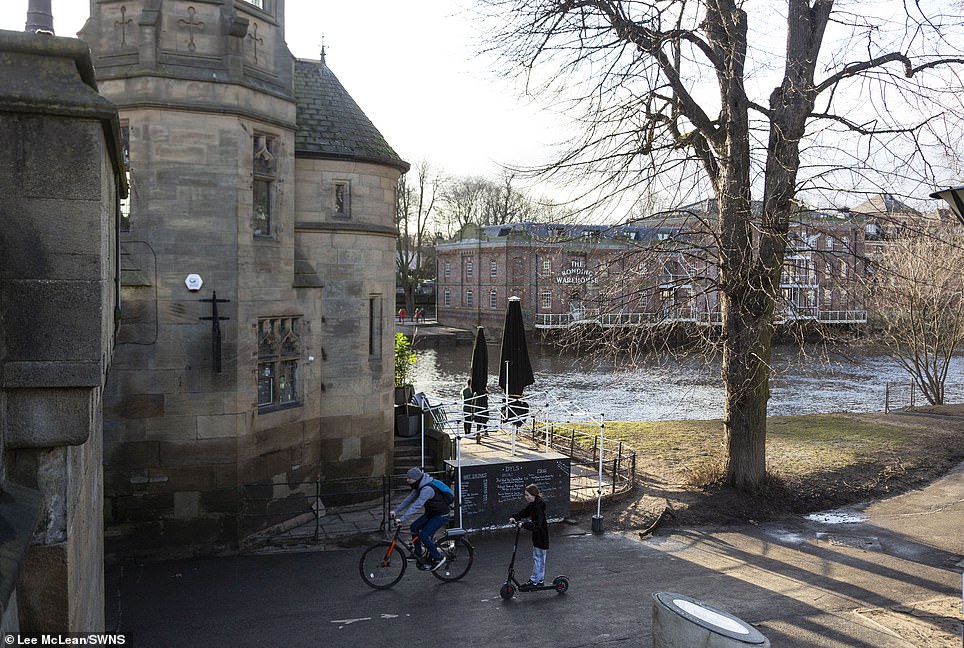 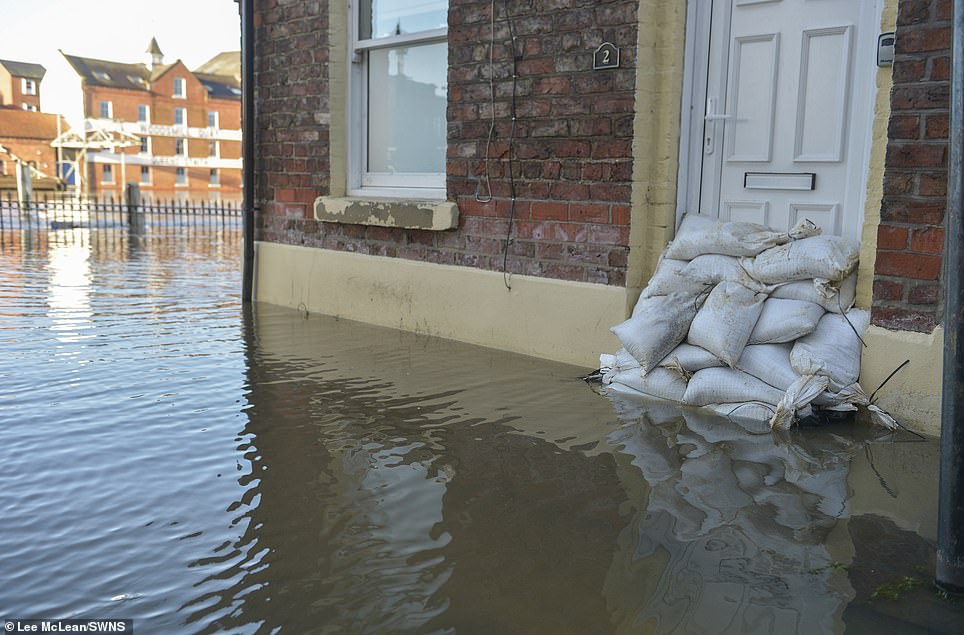 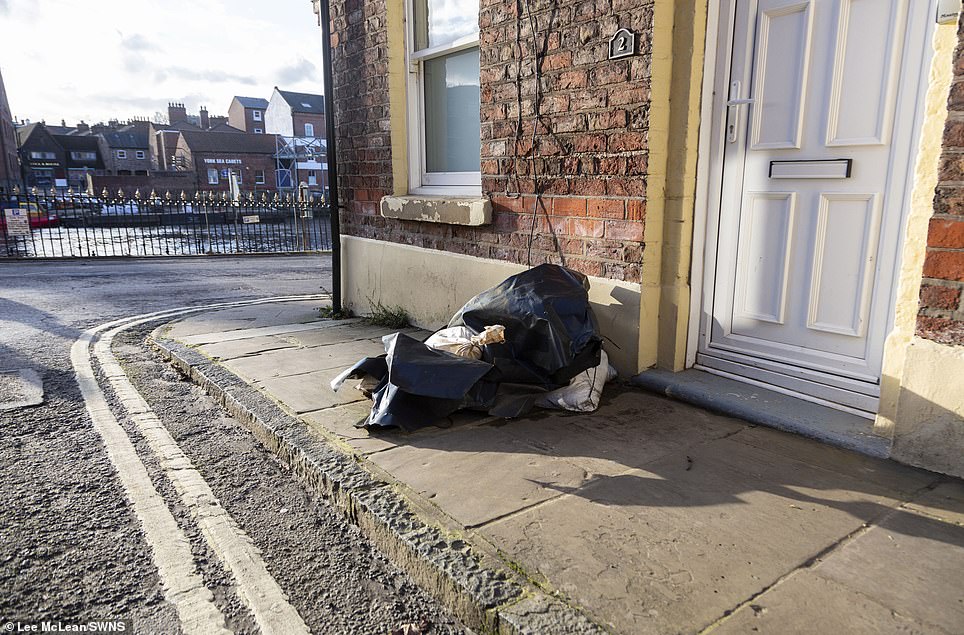 In one a city street is barely recognisable as it is completely submerged and a road barrier is just about visible peeping above the water line at the height of the emergency.

And the other seems to show the river has become a lake, with the water covering as far as the eye can see.

A resident looks as though they tried to put up their own flood defences as sacks of sand are seen outside a home in another. 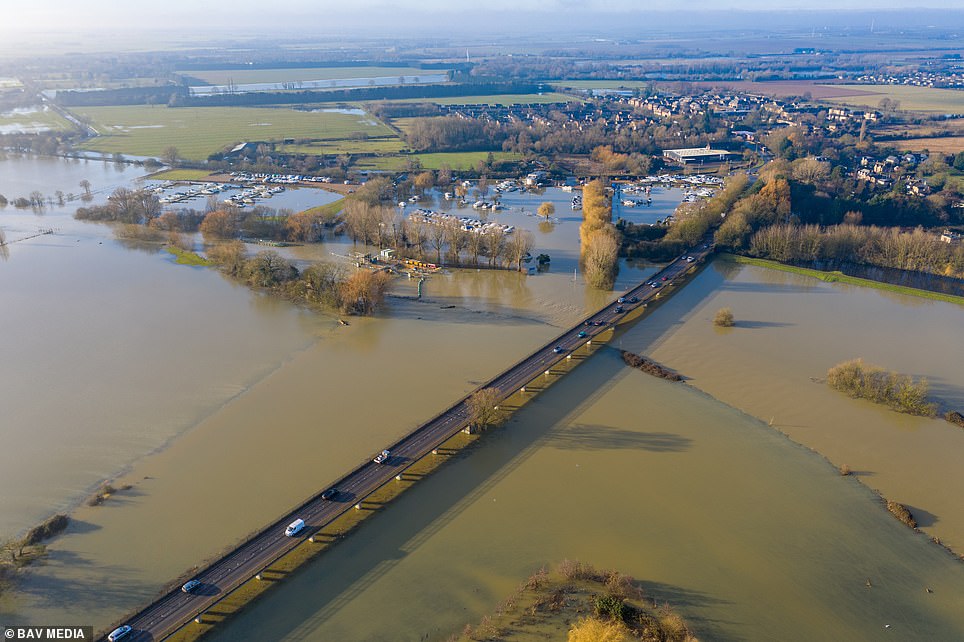 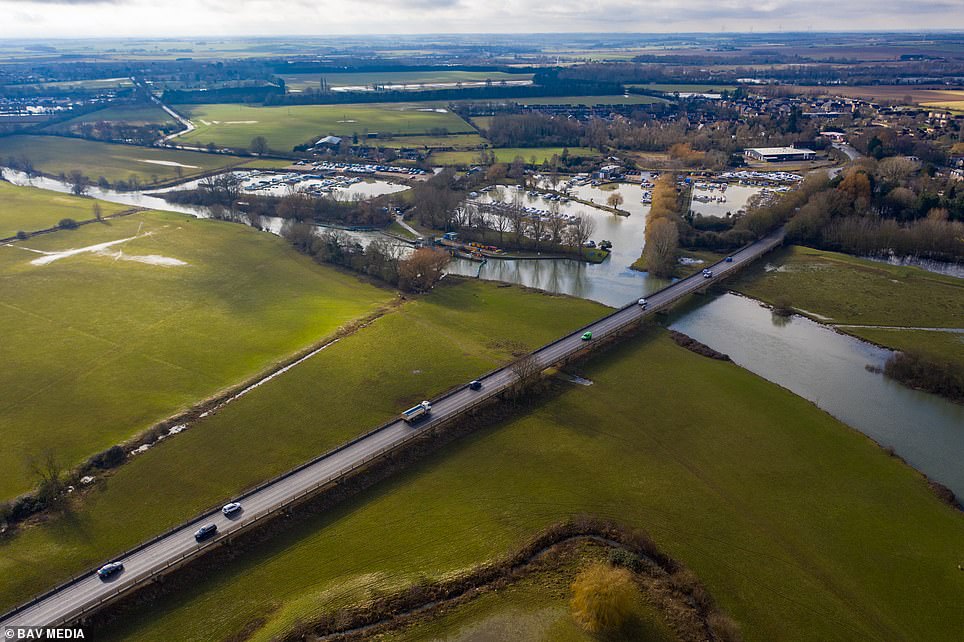 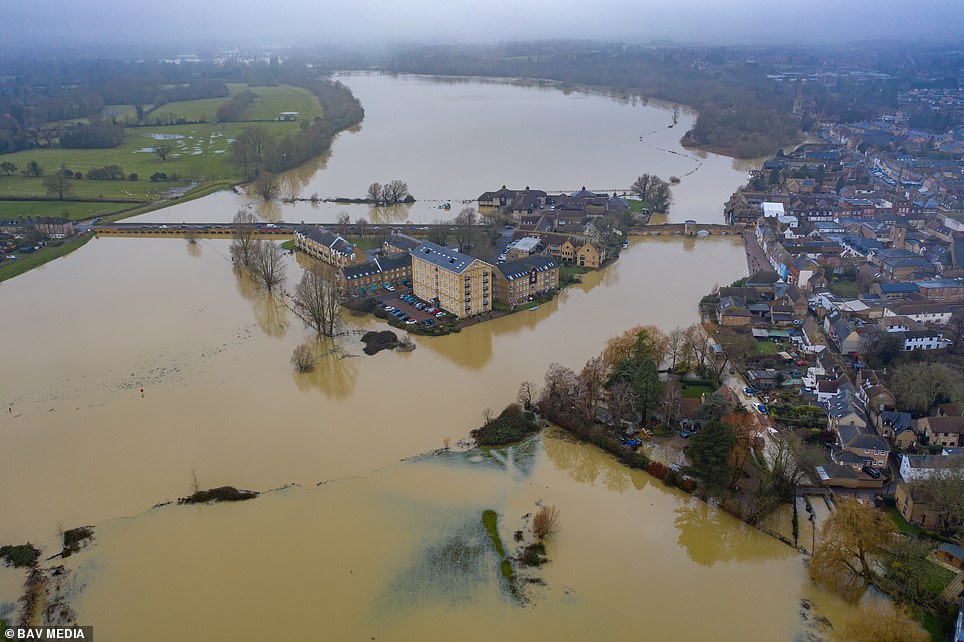 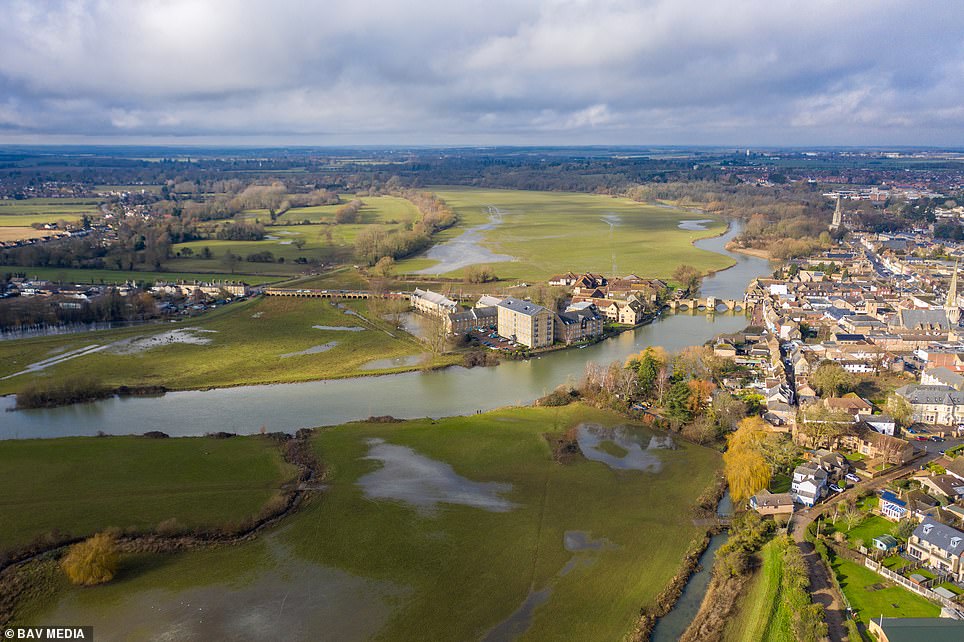 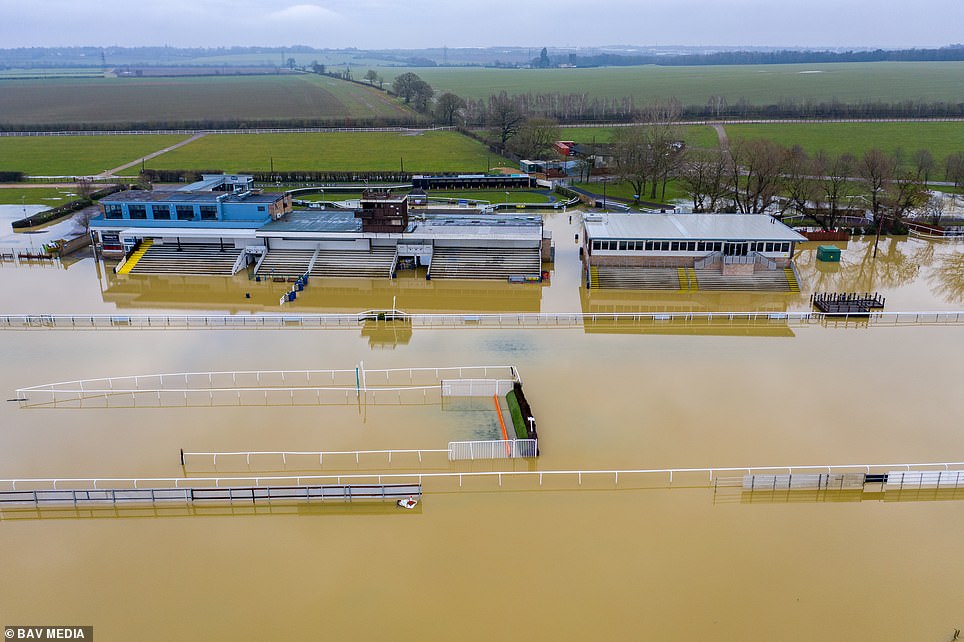 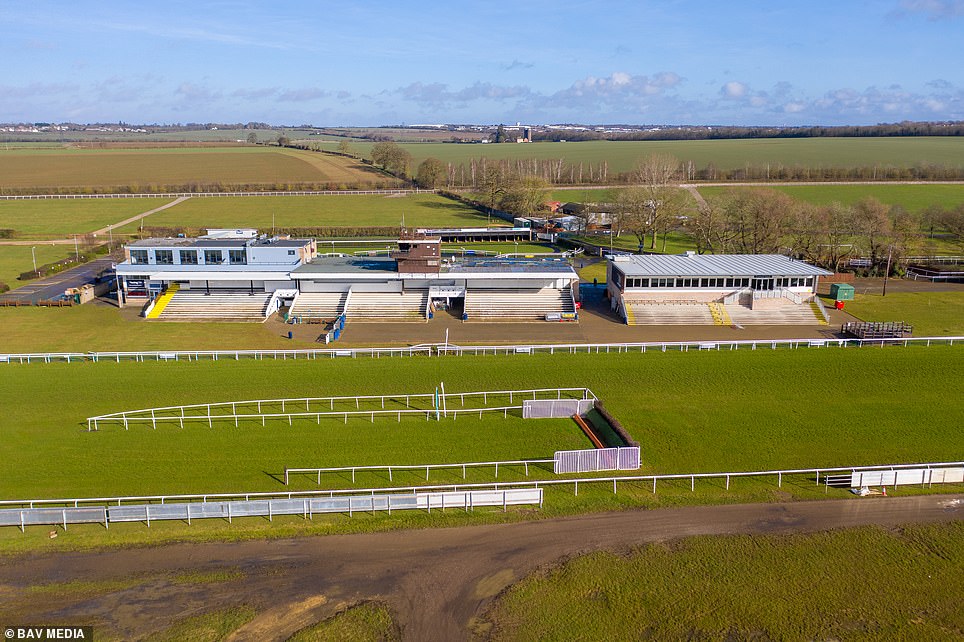 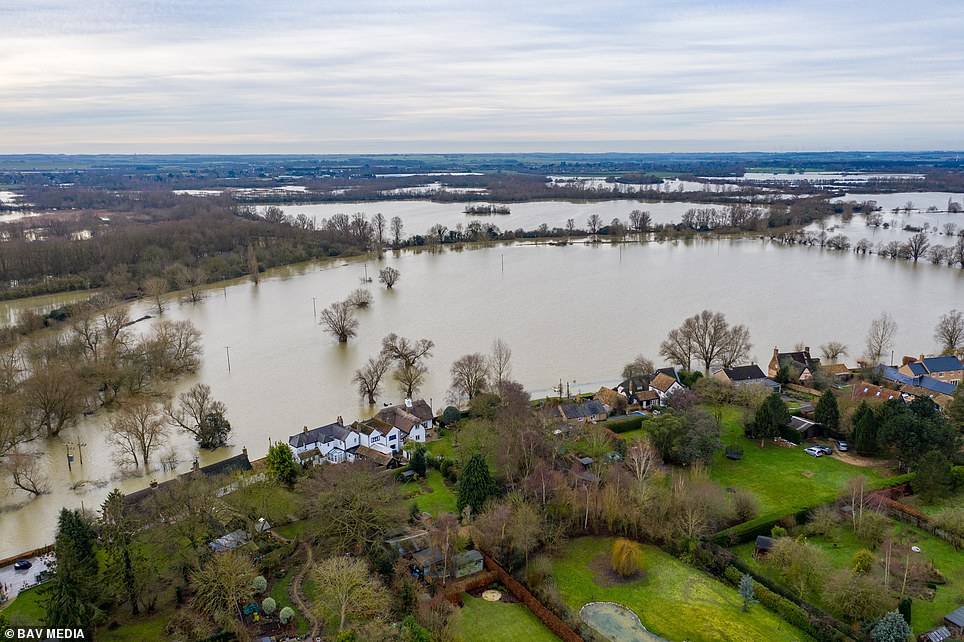 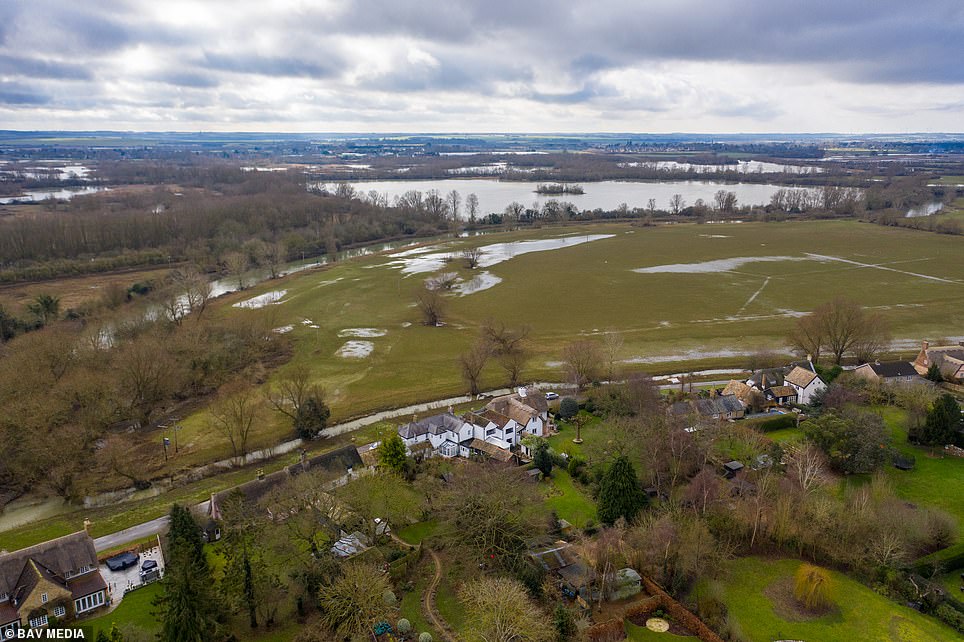 These grassy meadows are visible for the first time in a month as flood water has finally receded, although the fields still look a little boggy in Cambridgeshire

Other pictures from Cambridgeshire show how the water dramatically changed the landscape, swapping sweeping fields of green for water.

And in Norfolk people made the most of the water by getting out their canoes, kayaks and Jetskis to ride where usually people travel by car.

Authorities including the Environment Agency have promised an investigation into the flooding to ‘fine tune’ their response should it happen again.

A spokesman said: ‘Our thoughts are with those affected by the recent floods. Environment Agency teams worked 24/7 alongside the emergency services and local partners to check and operate defences, support those who had been flooded and reduce the risk of further flooding throughout the Christmas period. 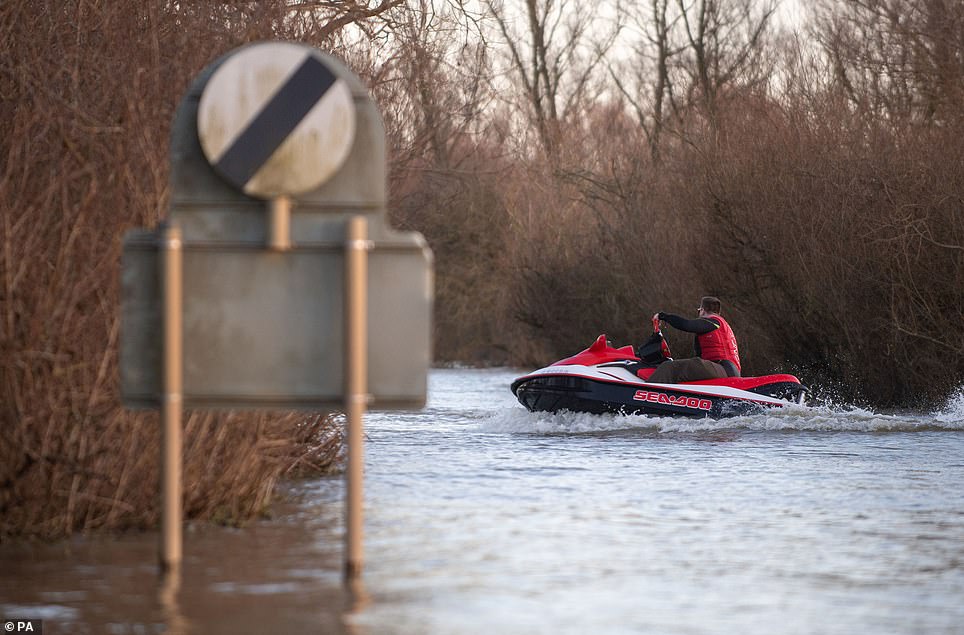 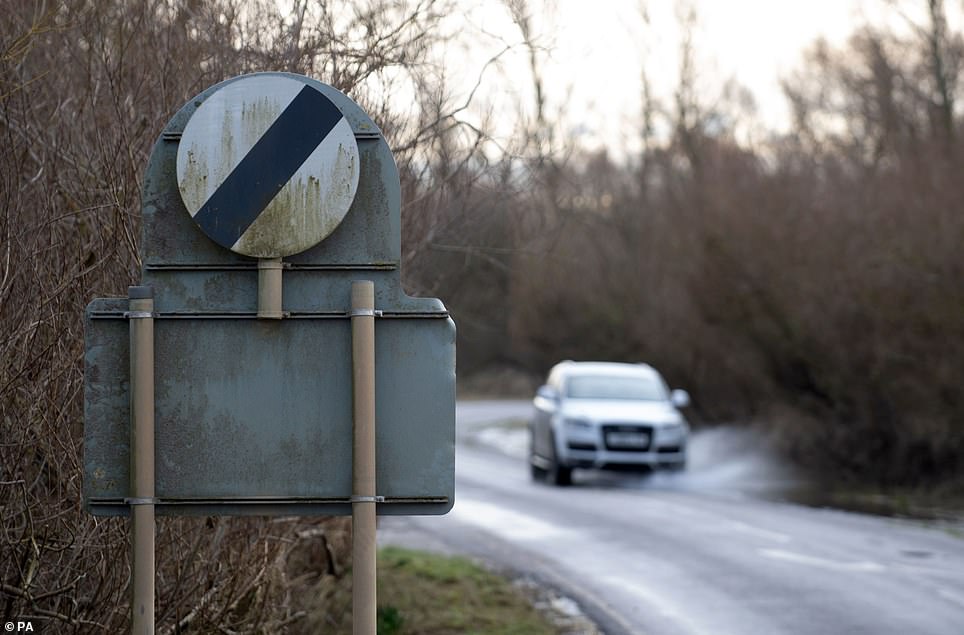 A thrill seeker makes the most of the underwater road, usually the A1101 near Welney, Norfolk, before the water recedes enough to allow cars on it again 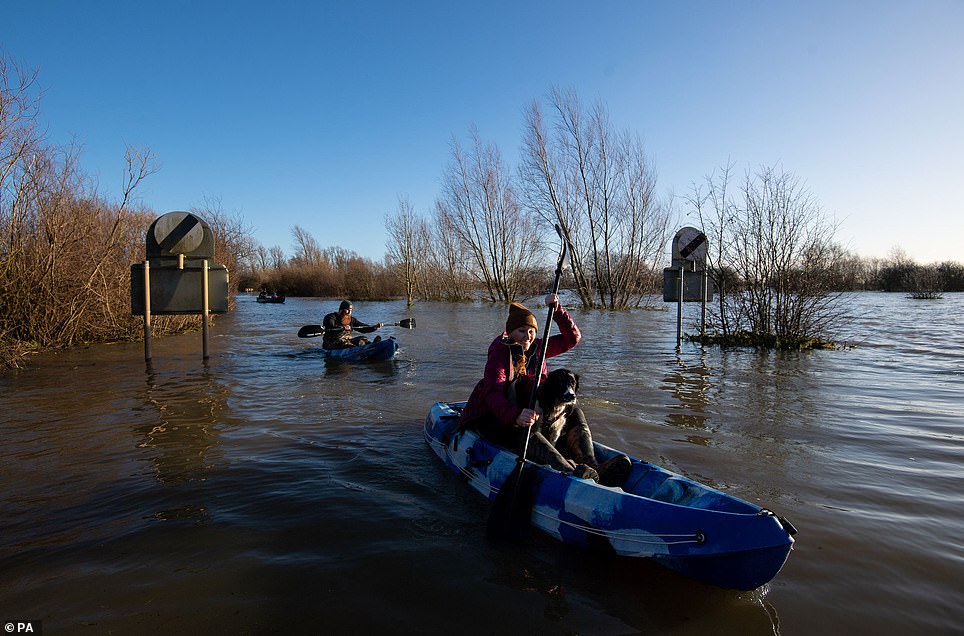 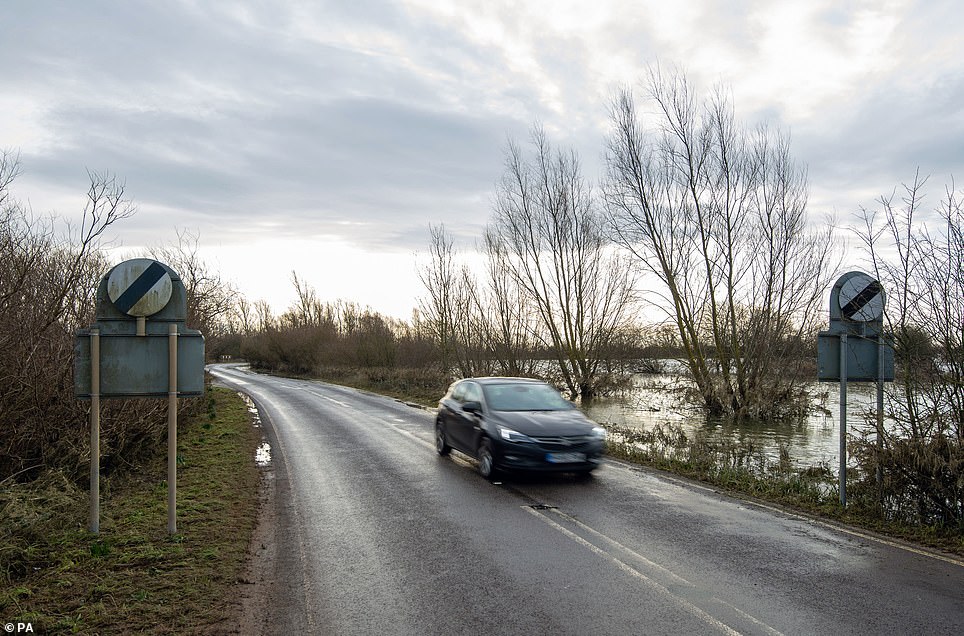 These sailors swap their cars for canoes as they sail down this stretch of road in Welney, Norfolk, before the water recedes enough to allow driving once more

“We are keen to work with the community and the council as part of the recovery effort to better understand the nature of the flooding.

“The findings will be used to fine tune our response to any future flooding.’

Meanwhile Mediterranean temperatures are forecast for parts of Britain this weekend with a level of warmth not seen in three months.

The South East and East of England are likely to reach 59F (15C) tomorrow, on a par with Rome and Nice, before nudging up to 61F (16C) on Sunday – but sunshine will be in short supply with widespread cloudy skies.

But not everywhere in Britain will enjoy pleasant conditions this weekend – with the Met Office warning of heavy rain and gales which are expected to arrive in western England and Wales today and continue into tomorrow.

Some places will see more than the usual amount of rain for the entire month in the next 48 hours.