PRESIDENT Joe Biden is set to propose a $6 trillion budget on Friday that would take the US to its highest levels of federal spending since World War II.

His first budget request since assuming office, Biden's proposal calls for the government to spend $6 trillion in the fiscal year 2022, and for total federal spending to reach $8.2 trillion by 2031. 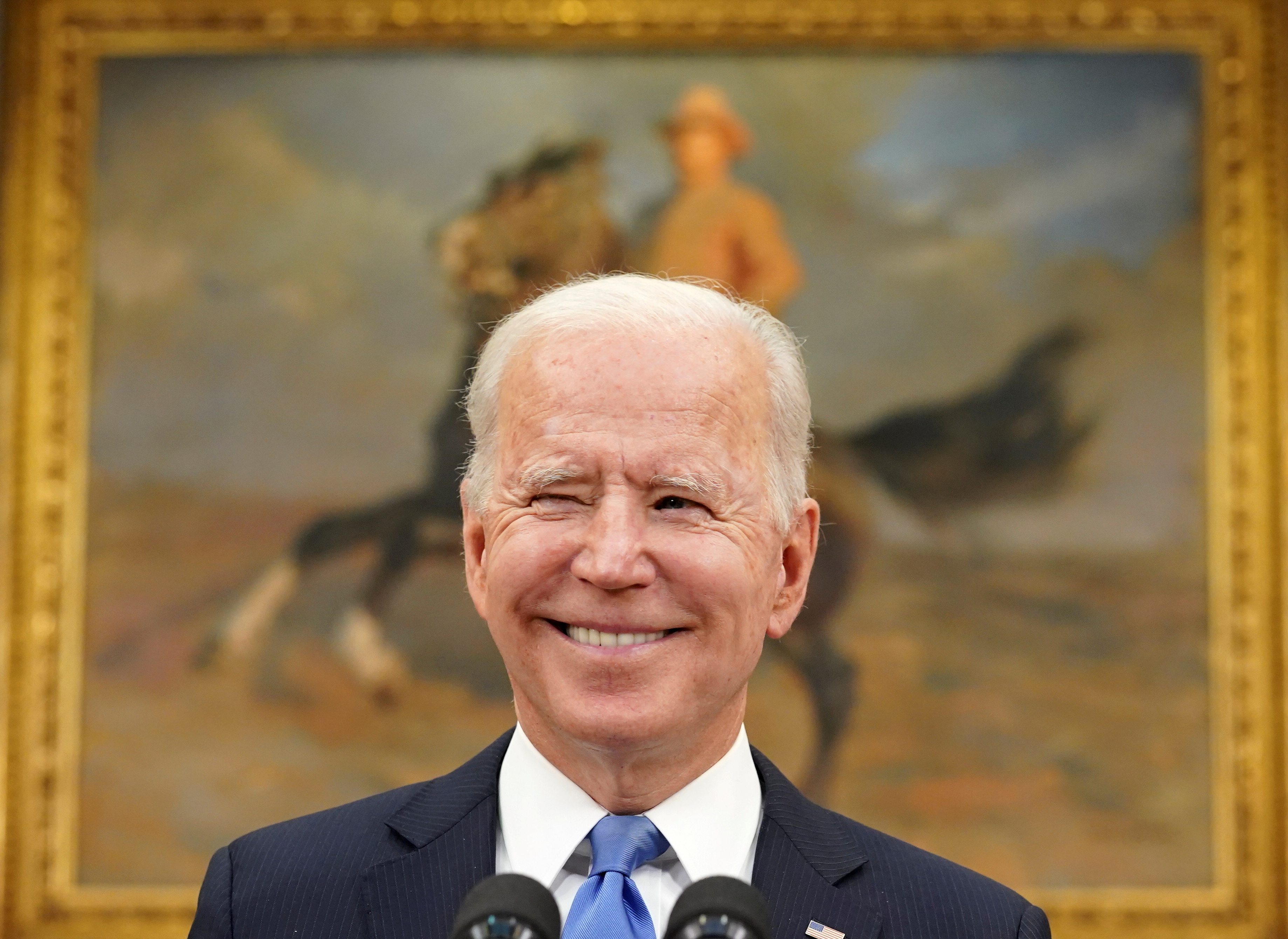 The budget would see the United States continue to operate on deficits of more than $1 trillion, a number it already surpassed as a result of the coronavirus pandemic.

Biden is seeking to use the budget to fund his American Jobs Plan and American Families Plan, along with other planned increases in discretionary spending.

He hopes those plans will boost the nation's middle class and lift US industry to compete in a global economy Biden's administration believes will be increasingly reliant on green energy and combating climate change.

The president plans to fund the plans by hiking taxes on corporations and the country's biggest earners to shrink budget deficits throughout the 2030s, the New York Times reported.

Officials within the Biden administration have repeatedly assured the plans would be fully offset by tax increases over the next 15 years, which Biden's budget request reiterates.

Until that time, the US would continue to operate on significant deficits as the government borrows money to fund the president's plans. 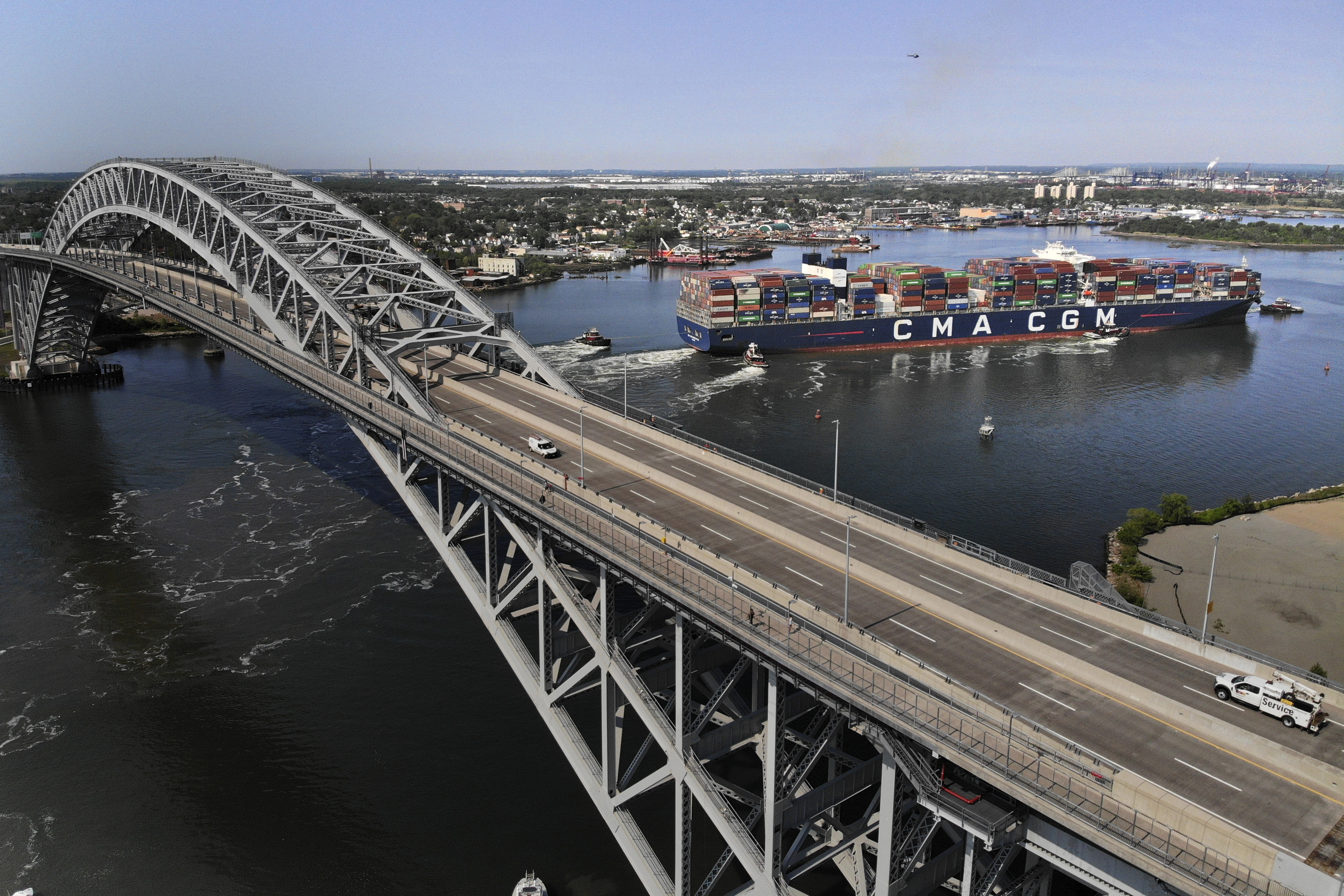 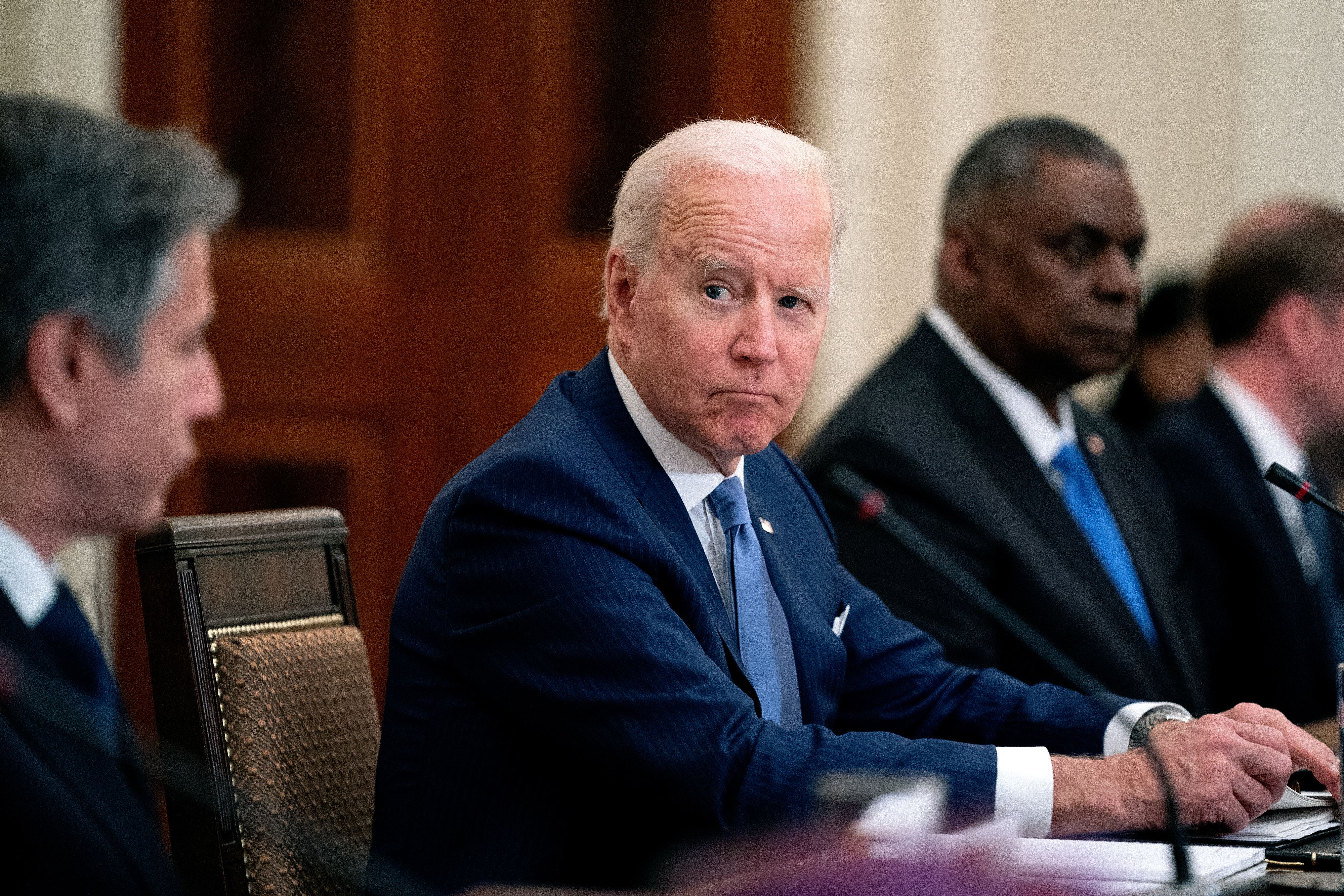 According to the Times, the budget deficit would hit $1.8 trillion in 2022, even with the economy rebounding from the recession brought on by the coronavirus pandemic.

That number would decrease slightly in the following years to around $1.3 trillion, before increasing back up to just shy of $1.6 trillion in the fiscal year of 2031.

Debt held by the public would also exceed the annual value of economic output. By 2031, the debt is projected to rise to 117 percent the size of the economy.

By 2024, debt will rise to its highest level in US history, eclipsing a World War II-era record, the Times points out. 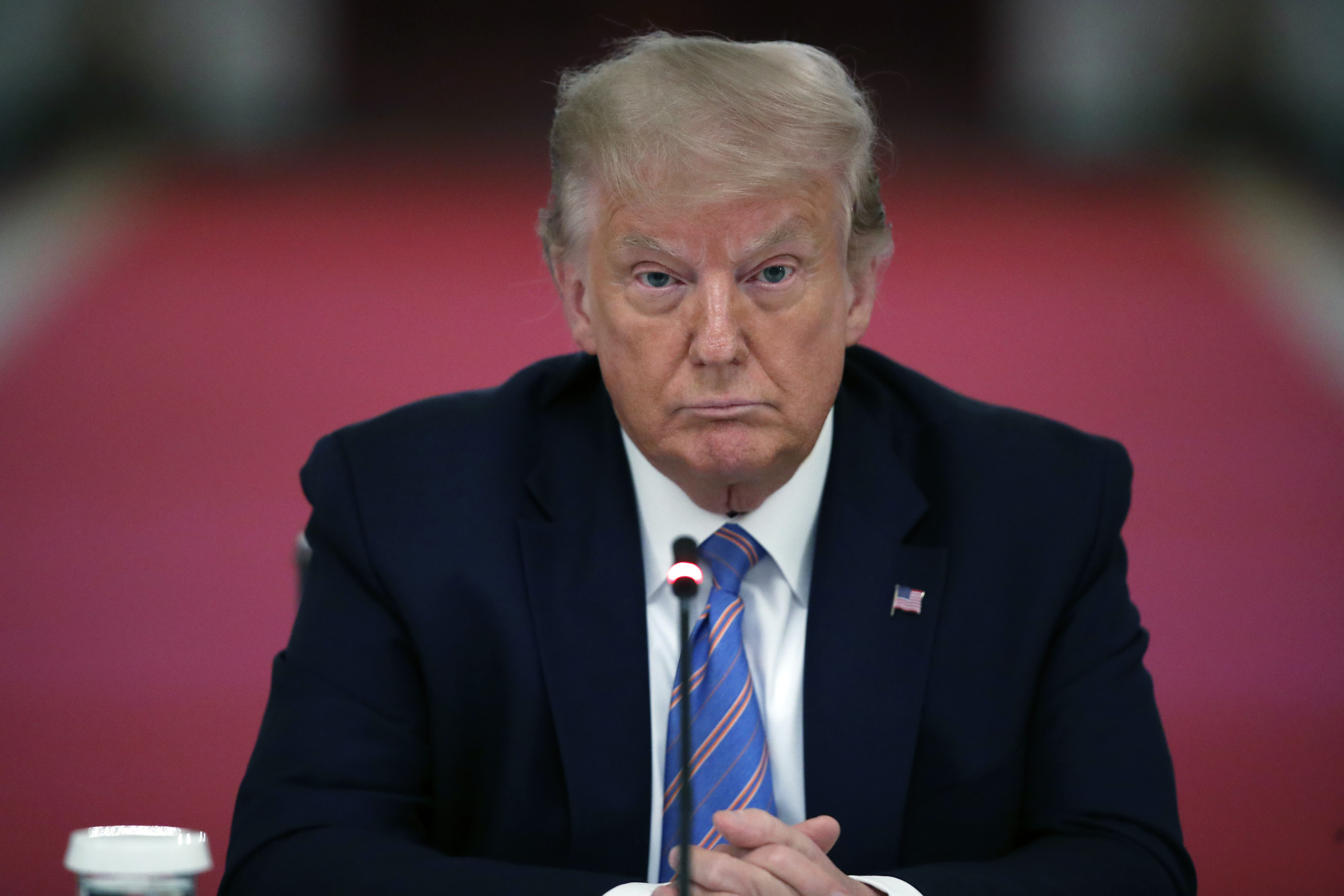 The plan is set to be unveiled by Biden on Friday.

The proposed spending will target areas that the president will argue are vital to keeping America competitive in the global econonmy.

It will also include possible spending jumps in Medicaid, affordable childcare and other social programs, while laying out proposed funds for foreign aid, immigration policing and national defense.

While the president can propose an annual budget for the US government, it's ultimately up to Congress to approve spending bills.

And while Democrats hold the majority in the House of Representatives, they only narrowly control the 50-50 divided Senate, with Vice President Kamala Harris holding the tie-breaking vote. 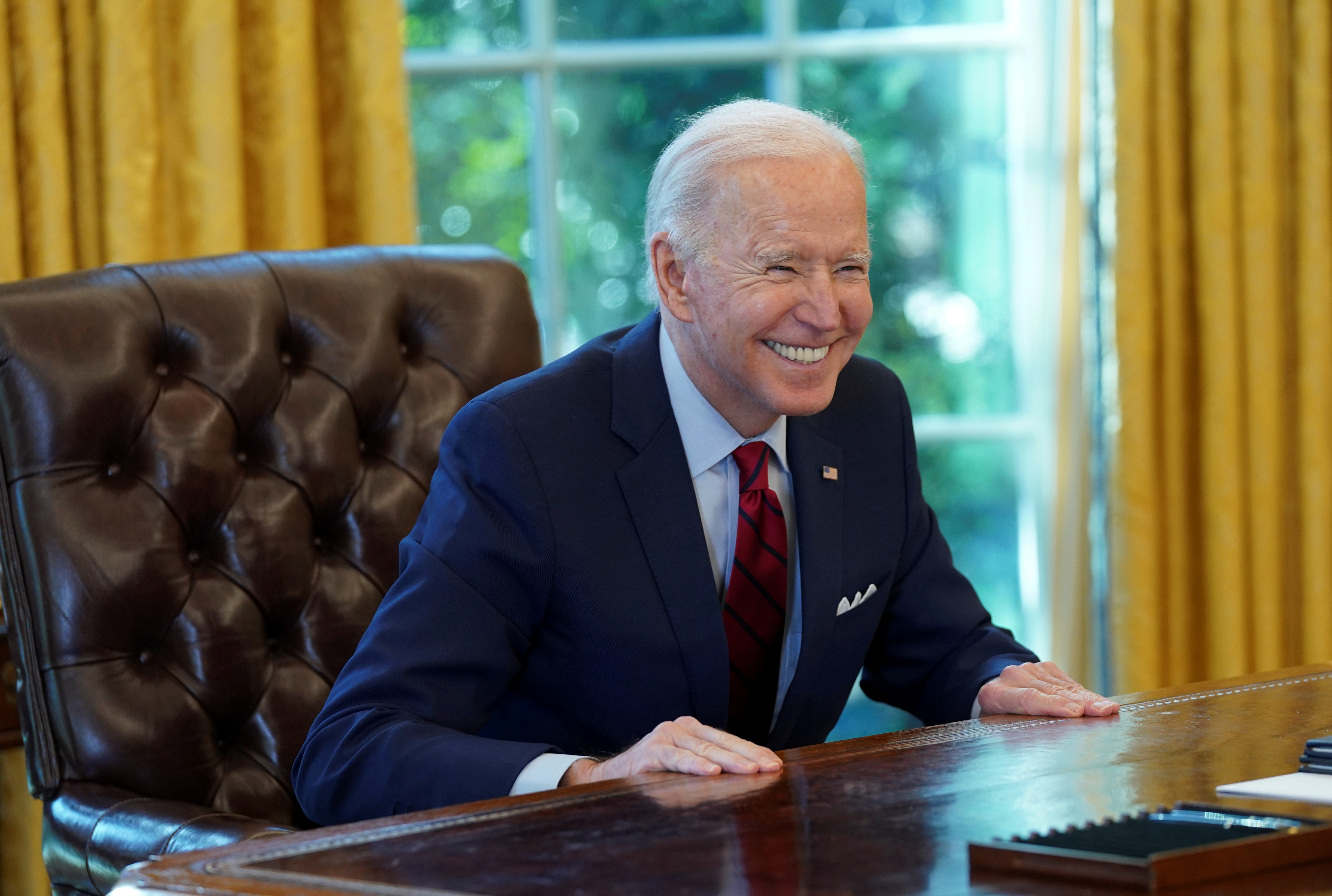 If the plan is approved, the government would spend what amounts to nearly a quarter of the nation’s total economic output every year over the course of the next decade, the Times reports.

The proposal is certain to draw Republican opposition, despite the deficit rising during each year of Donald Trump's presidency and spiking during the pandemic.

Republicans have been critical of Biden's hefty spending plans.

His America Rescue Plan, signed into law in March, cost the country $1.9 trillion.

His infrastructure plan was initially slated to cost $2.3 trillion, though he's now seeking to trim the price tag down to $1.7 trillion in an effort to secure GOP support in the Senate. 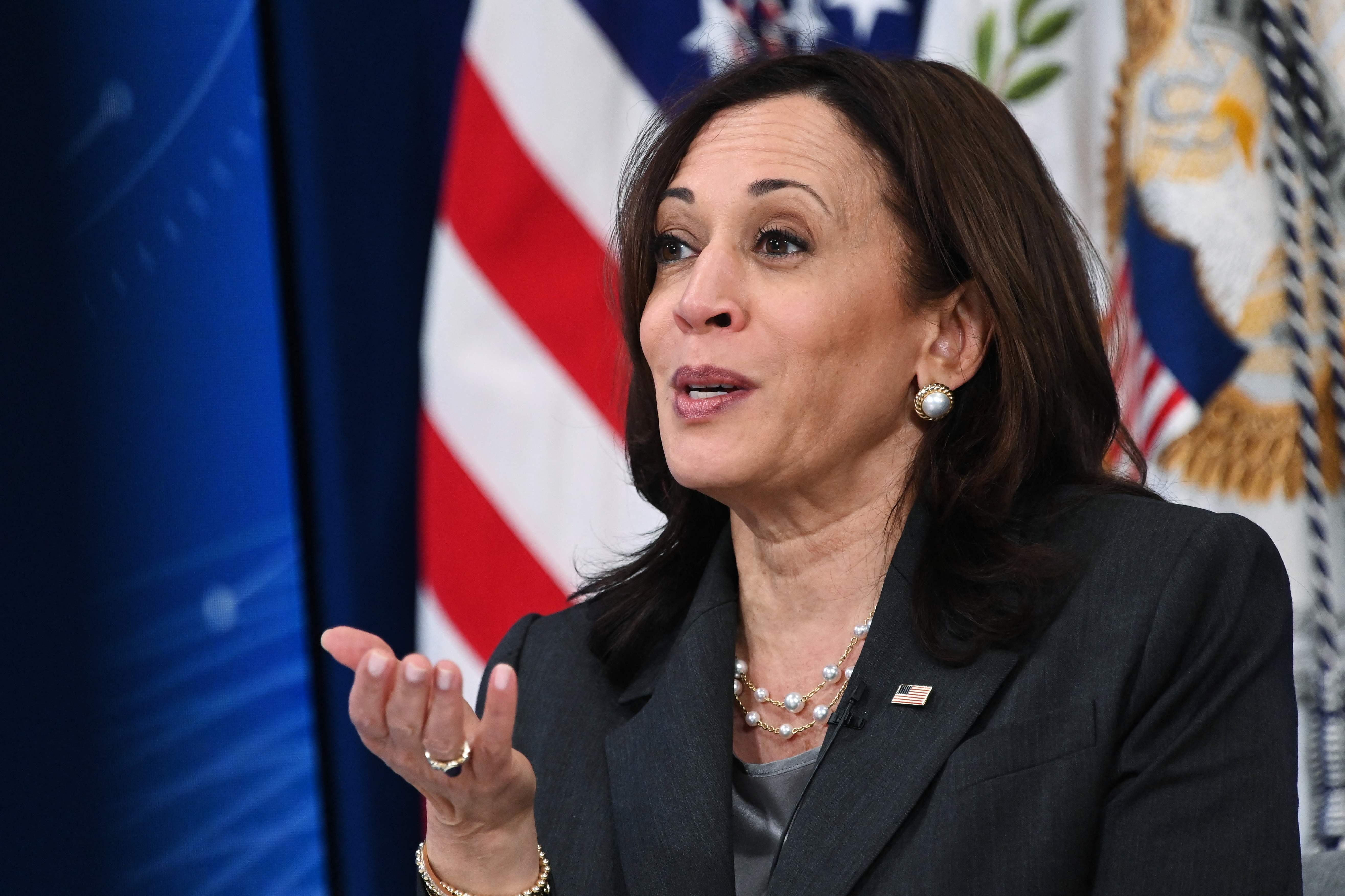 Still, Biden campaigned on charting a new course for the country after four divisive years under his Republican predecessor and has vowed to press ahead with his sweeping proposals.

With interest rates low and the nation still dusting itself down from the pandemic recession, Biden believes now is the time to make large up-front investments that pay for themselves over longer periods of time.

Representatives for the White House could not be immediately reached for comment on the report.

The full budget will be released by officials in Washington on Friday.

Biden is set to speak in Cleveland on Thursday to deliver an address on the economy.