SHOCKING bodycam footage shows a distraught dad raging at cops as they open an urn with the ashes of his two-year-old daughter – after they thought the remains were drugs.

The recorded traffic stop performed on Dartavius Barnes by Illinois cops captured them opening the bullet-shaped urn that was filled with the remains of his two-year-old daughter, Ta'Naja Barnes, who was starved to death at the hands of her imprisoned mother and her boyfriend. 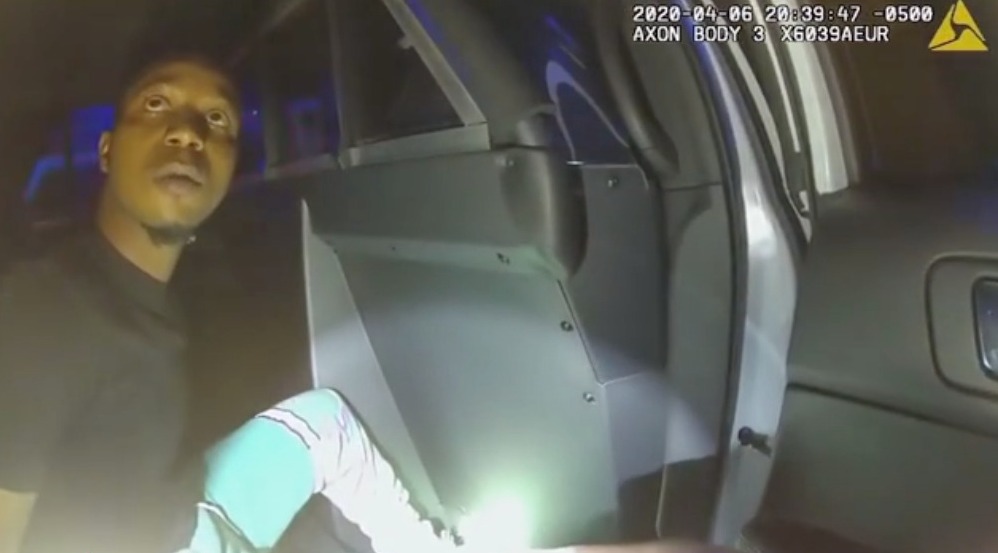 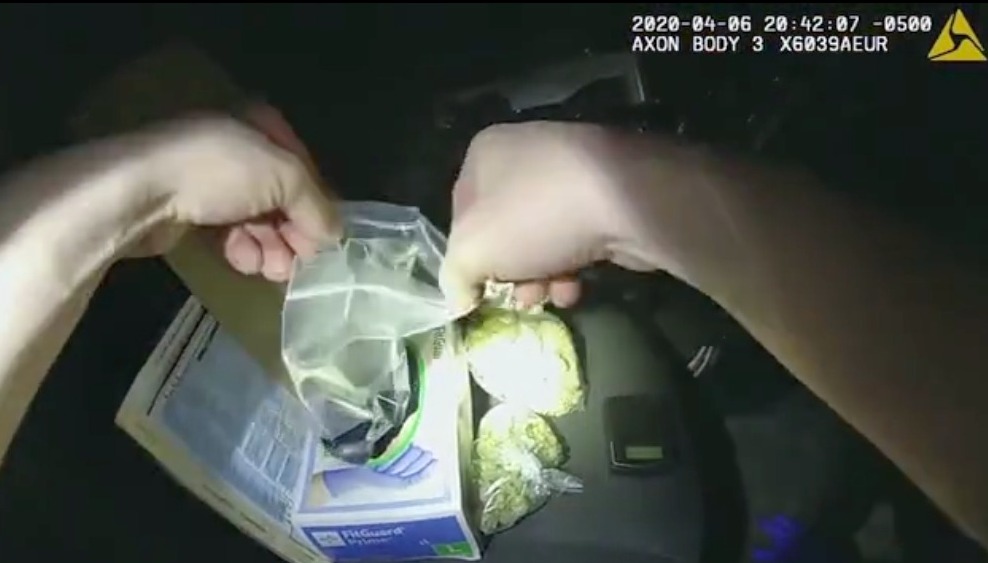 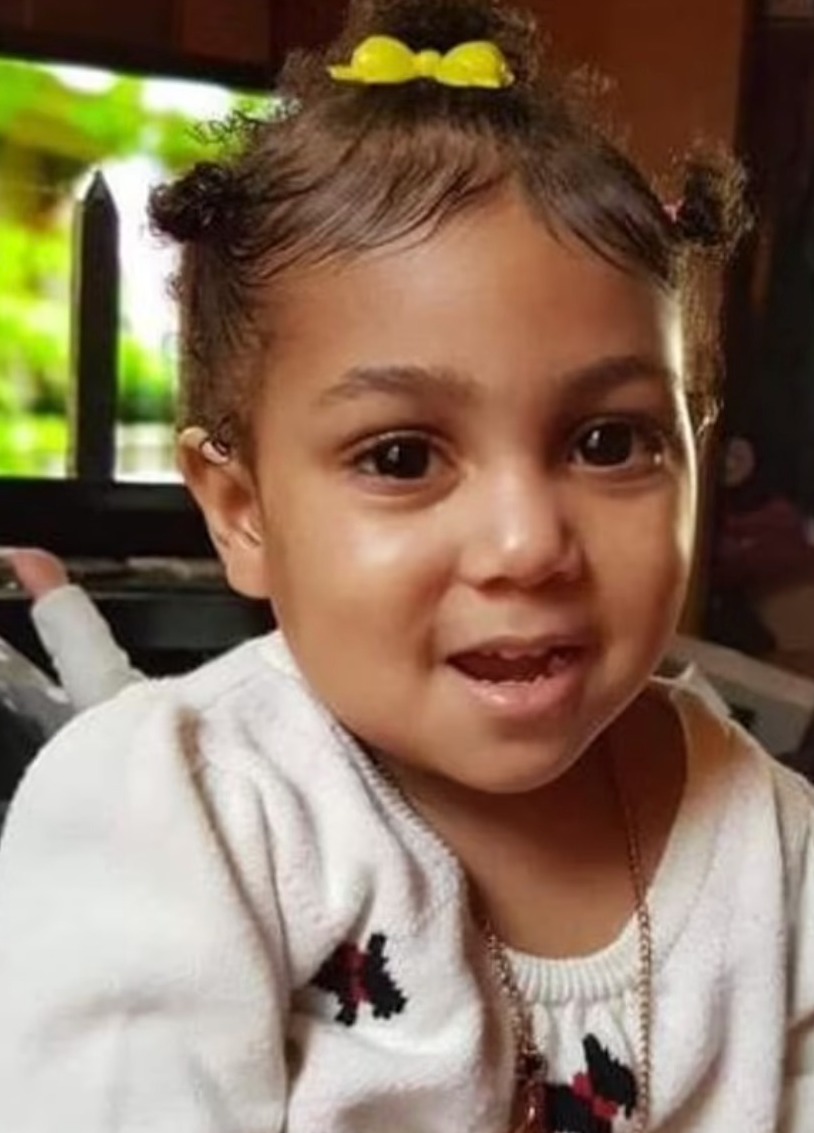 Barnes was pulled over on the evening of April 6, 2020, after allegedly speeding through a stop sign in Springfield, Illinois to dodge gunfire aimed at his blue Chrysler 300 car.

Once pulled over on Laurel and 16th Streets, multiple uniformed Springfield cops searched the then 25-year-old man's car and showed him a bullet-shaped object.

The ashes of his deceased biological child, Ta'Naja, were preserved inside, according to WICS.

The cops initially suspected the ashes were possibly methamphetamine or ecstasy.

“Give me that, bro,” Barnes, who is seated in a police cruiser, pleads with the officer, according to the bodycam video. 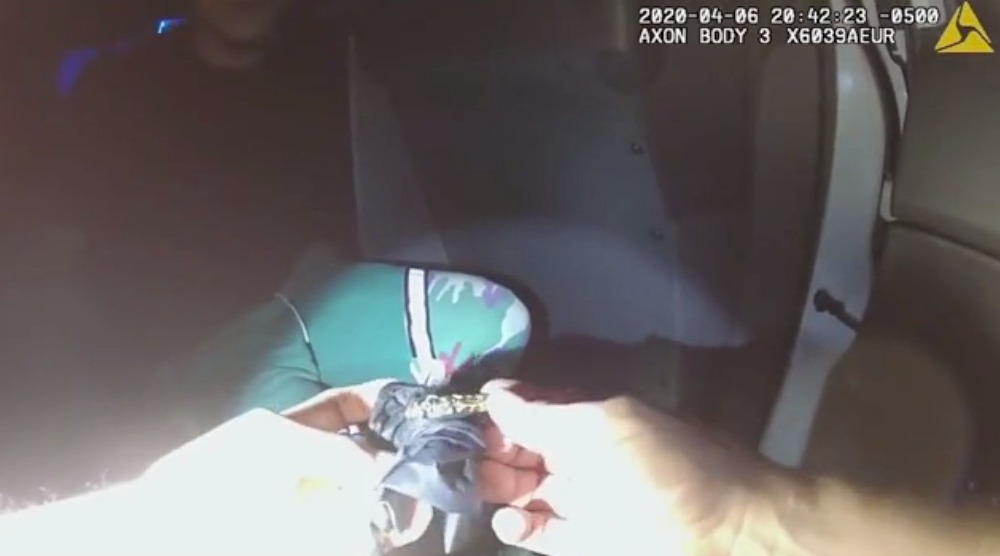 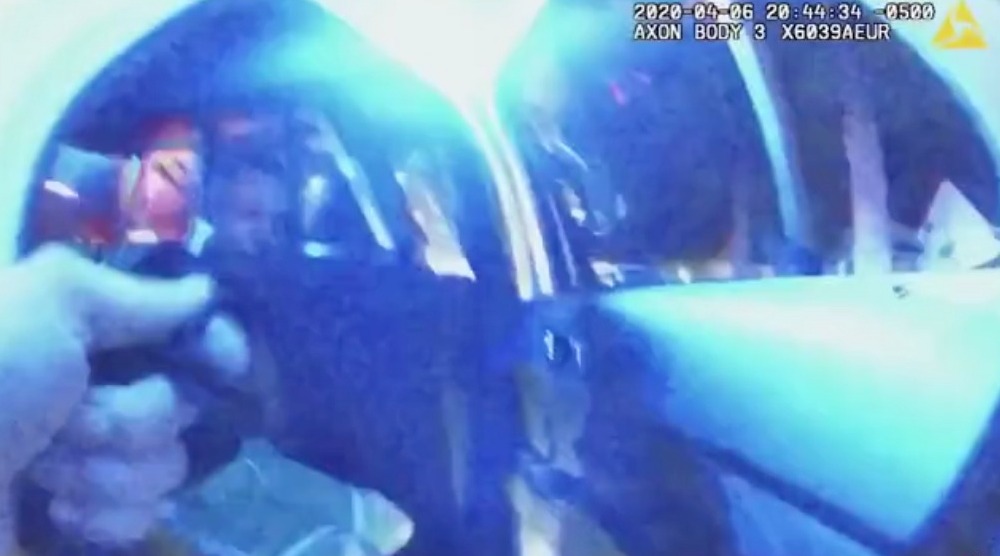 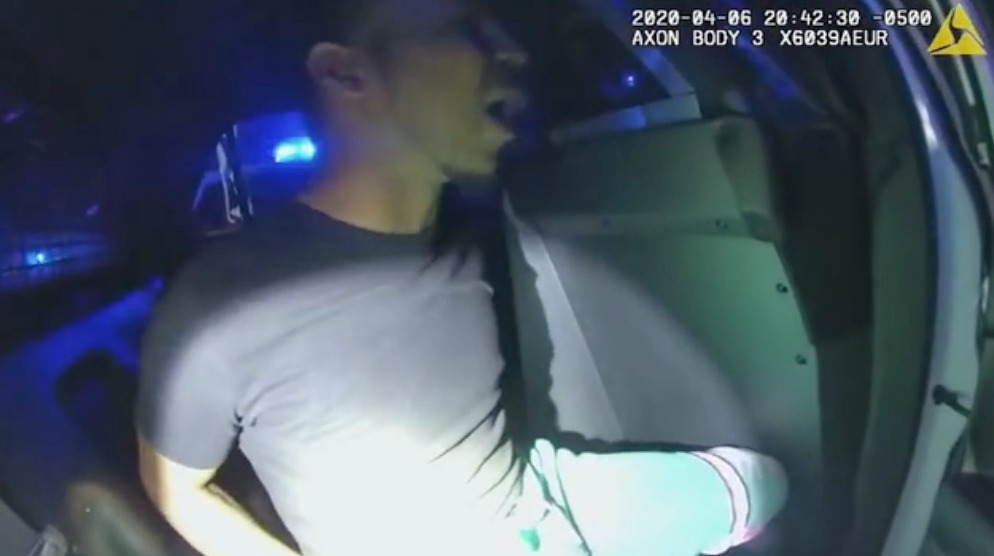 “That's my daughter. Please give me my daughter, bro. Put her in my hand, bro. Y'all are disrespectful, bro.”

He tries to wrest a hold of his daughter's remains but the door slams shut.

The late infant had been in the care of her mother and boyfriend at the time back on Feb. 11, 2019 when she was found unconscious lying in a urine-soaked blanket and extremely malnourished, according to WICS.

She was later pronounced dead at a Decatur hospital. 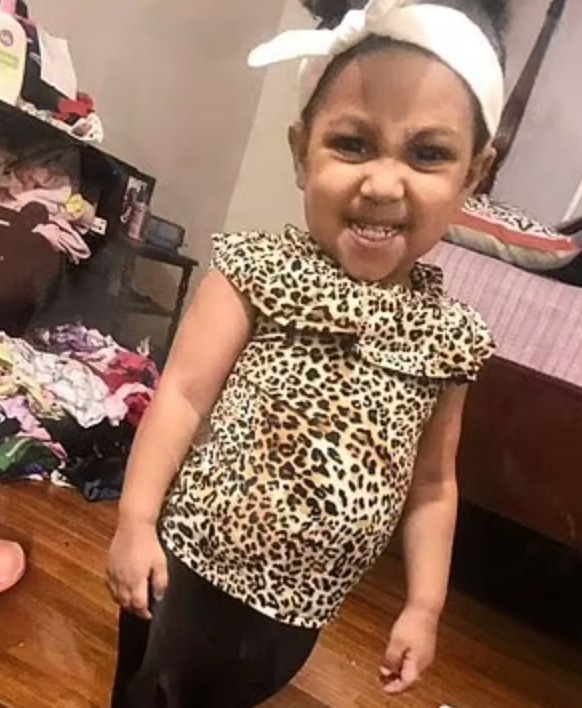 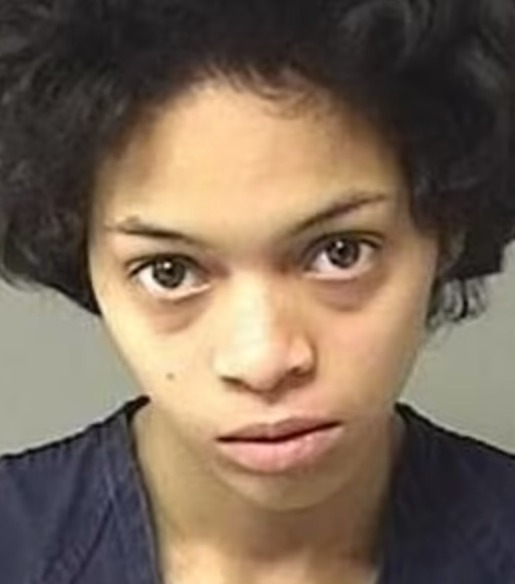 An autopsy revealed she had died as a result of dehydration, malnourishment, neglect, and exposure to the cold weather, the television station confirmed.

Davis pleaded guilty and was sent away for 20 years.

Meanwhile Myers was found guilty at trial and serving 30 years in prison. 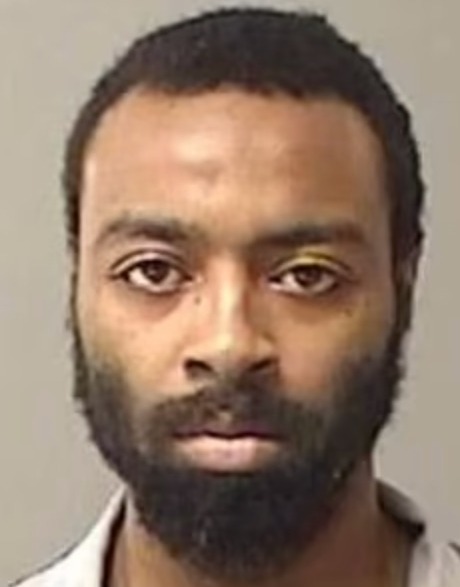 Following the arrest, Barnes has since filed a civil lawsuit against the city of Springfield claiming the police performed an “unlawful search” that evening and “spilled out the ashes of [Barnes’s] 2-year-old daughter who died several months earlier,” according to the complaint.

Bodycam footage released from the encounter shows one officer explains why he pulled over Barnes.

“I just blew that stop sign,” the officer explains, according to the footage obtained by WICS.

Barnes admits he had to evade gunfire. 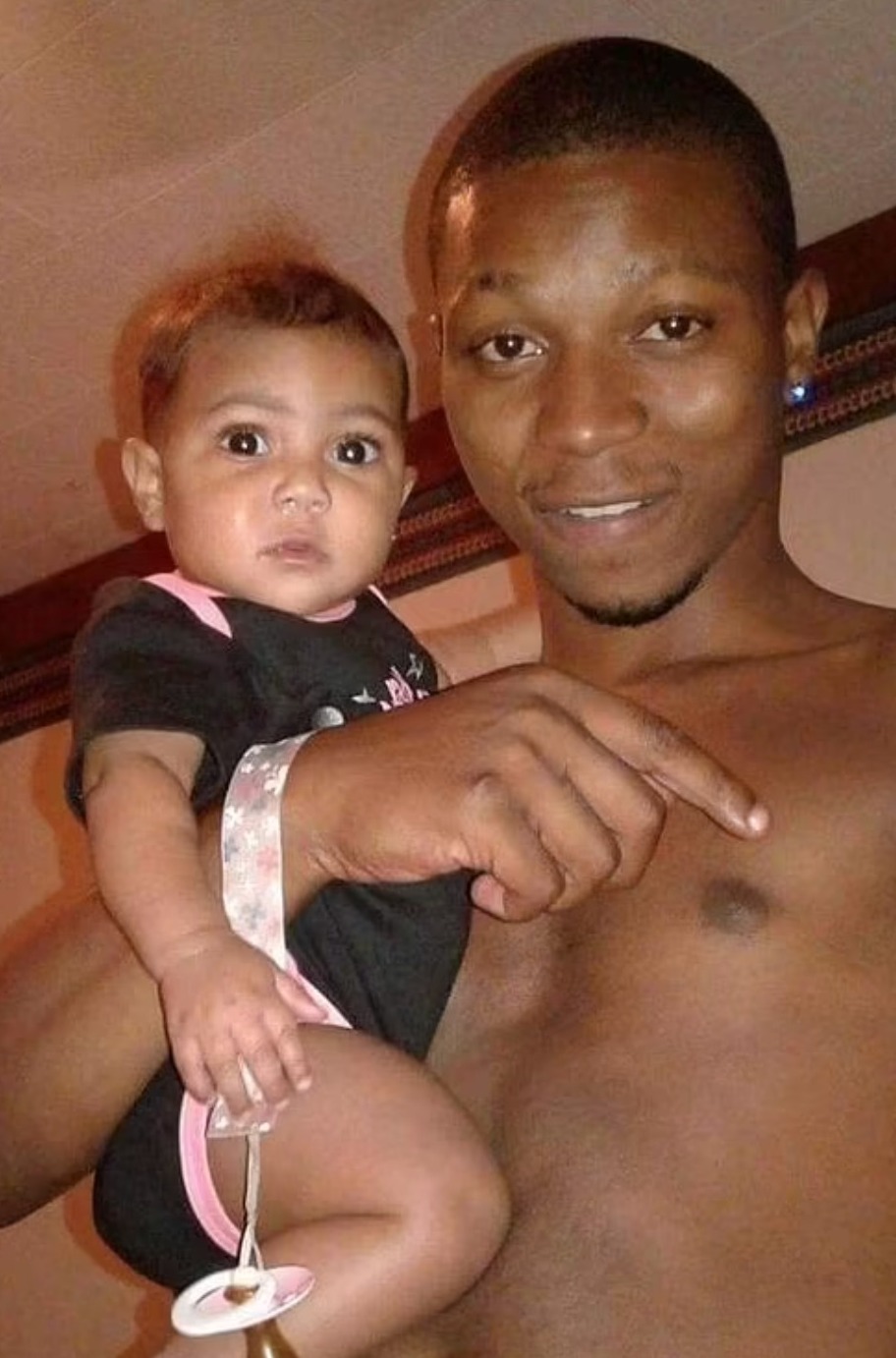 “Hell yeah, I blew that sign,” he told the officer. “I don’t know who they were shooting at. [sic]

He’s then cuffed and detained.

Meantime, his father arrives at the scene in a minivan and the first detaining cop tells him to pull to the side.

The cops then rifle through the Chrysler and they inform him that they found a substantial amount of weed and an object with powder that purportedly tested positive for meth or ecstasy.

“At first I thought it was heroin, then I checked for cocaine, but it looks like it's probably molly,' one officer is heard saying. (“Molly” is colloquially used to refer to ecstasy.)

The officer then recovers the bullet-shaped urn from an evidence baggie and walks over to Barnes inside the cruiser to show it to him.

Back inside the police cruiser, two officers are heard deliberating:

"I'm just gonna give him a notice to appear on the weed," one cop said.

"Okay, aside from pissing off dad and testing the dead baby ashes," the other answered, according to the recording.

Barnes is requesting a jury trial and is seeking unspecific compensatory and punitive damages.