Let’s give pingdemic the boot: Boss of High Street chemist Boots calls for scheme to be scrapped as he reveals one in five stores now have half the usual staff

The boss of Boots last night issued an impassioned plea to the Government for action to halt the ‘pingdemic’ that is wreaking havoc on his business and the economy.

Sebastian James is one of the most prominent business leaders so far to speak out in support of the Daily Mail campaign to stop vital workers being compelled to isolate unnecessarily.

In an interview with the Mail, he revealed that staff absence rates have increased by 50 per cent throughout his chain’s 2,330 stores, which offer important pharmacy services to the public.

He said up to a fifth of Boots branches are now running on half their normal staffing levels because so many of the chain’s 52,000 staff have been forced to isolate after being pinged. In some stores, as many as 70 per cent of staff are off work and a handful of branches have been forced to close temporarily. 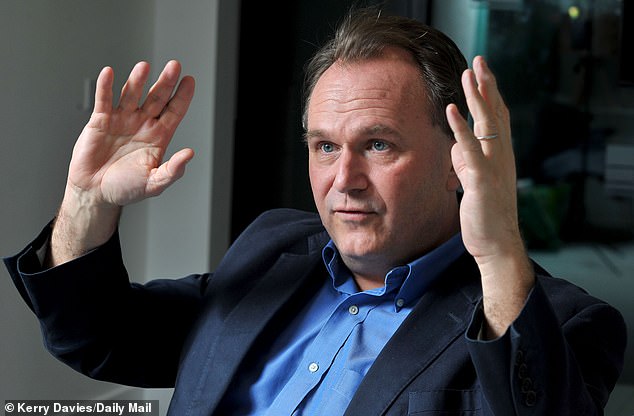 Demand: The boss of Boots, Sebastian James, whose stores are struggling in the pingdemic

And Mr James attacked the ‘extremely complicated’ rules for getting an exemption for pharmacists – saying they had to fulfil ‘all kinds of criteria’.

‘In a medium sized shop we might have 20 people and if ten are missing we cannot provide the service people expect when they come into a Boots – and that is in up to a fifth of our stores,’ he said. Mr James is the latest signatory to this paper’s letter calling on Boris Johnson to put an end to the rules – which are not due to be eased until August 16 – which state even double jabbed workers must isolate if pinged by the NHS app.

He argues those who have received two doses and who test negative should be able to carry on working.

He said the pingdemic has created the worst problems in running Boots stores since the start of the Covid-19 crisis in March last year.

‘The store managers have been telling me this is the hardest three weeks since the start of the pandemic. A lot of colleagues are having to do two people’s jobs every day,’ he said. Boots has more than 6,600 registered pharmacists who can be granted exemptions.

But Mr James said the rules are too complex and should be changed. ‘It is extremely complicated. You need to fulfil all kinds of criteria,’ he said.

He said people will continue to be able to get their medicines from Boots, adding: ‘We are still dispensing medicine and it would be the last thing to go.’ 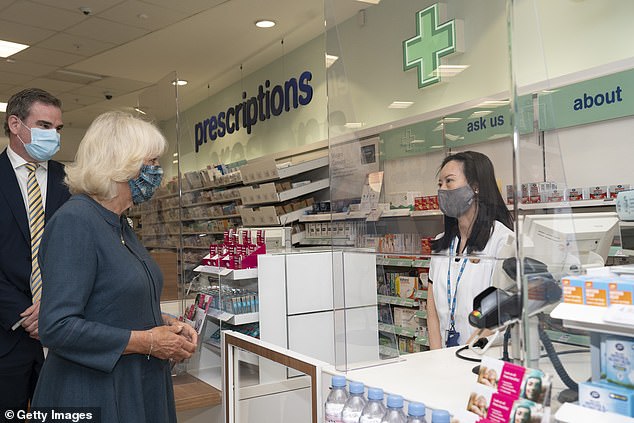 There are several schemes under which staff could obtain an exemption, each with different requirements. Under one for NHS frontline workers, pharmacists must apply using a four-step process involving a PCR test, a self-assessment form from Boots and daily lateral flow testing for ten days.

Under a separate scheme, companies can ask for specific named employees to be exempt by applying to the Department of Health.

Mr James said he wants to see a ‘very simple system’ for workers in sectors including retail, hospitality, warehousing and medical services. ‘If people are doubled vaccinated and prepared to have a Covid test every day, we think that is a really good balance between risk management and keeping the show on the road,’ he said.

Other prominent business leaders calling for an end to the madness include Steve Rowe, the boss of Marks & Spencer, former Sainsbury’s chief Justin King and Gerry Ford of Caffe Nero.

Suppliers of meat to care homes, the NHS, caterers and others have also thrown their weight behind the Mail’s efforts to reform the quarantine rules.

The Association of Independent Meat Suppliers said production levels are down by as much as 20 per cent because staff have been pinged and told to self-isolate. At the same time, there is mounting anger over the secrecy and confusion around which businesses will be able to take advantage of quarantine exemption rules.

In theory, ministers will allow a ‘Golden 500’ list of food companies to let staff avoid self-isolating under a network of daily testing sites at workplaces.

In the next few days, more than 200,000 lateral flow tests will arrive at companies selected across key manufacturing, food processing and wholesale businesses.

Staff who are pinged will no longer have to isolate if they agree to a seven-day series of tests.

However, some industry leaders say there is confusion over who will be on the list and many smaller operators are likely to miss out.

Tony Goodger, of the Association of Independent Meat Suppliers, whose members supply care homes and the NHS among others, said: ‘As a result of Brexit and Covid much of the EU labour has returned to their home countries leaving many of our members short of staff. Now, with the pingdemic, what staff they do have are now needing to self-isolate.

‘This is resulting in drops in production of 15 to 20 per cent in output and difficulties in making deliveries due to lack of drivers.’

The Provision Trade Federation, which represents the dairy and pig meat trade, said it was ‘extremely concerned’ about the secrecy surrounding which 500 firms will be given isolation exemptions. One industry source told The Grocer magazine that the Government’s food and farming department, Defra, is keeping people in the dark.

‘Defra is refusing to say who is on this list yet it has huge implications for companies facing this crisis,’ he said. ‘This decision could make the difference between being viable and non-viable.

‘It’s fine if you are a big company like a Tesco or a Nestlé but what about the thousands of smaller companies not included?’

Boss of the British Frozen Food Federation, Richard Harrow, said: ‘At the moment we don’t know who is on that list as they are refusing to tell us on competition grounds. There is still a great deal of confusion about how it will work and how you get on the list – that’s before the many questions about how the new tests will work.