Brian Houston has stepped aside from all of Hillsong Church’s boards but will remain a global senior pastor.

Documents submitted to the corporate regulator ASIC show that Mr Houston quit his governance roles 12 days after he was charged by NSW Police for allegedly concealing child sexual abuse by his late father, Frank Houston. 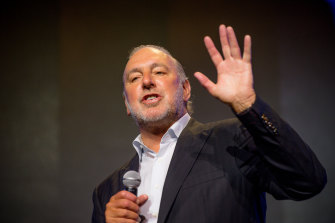 Hillsong pastor Brian Houston has professed his innocence after being charged by NSW Police. Credit:Getty

Mr Houston, a co-founder of the evangelical megachurch and a friend of Prime Minister Scott Morrison, is due to face court in Sydney on October 5 over allegations he did not inform police after learning that his father abused a young boy in the 1970s.

Frank Houston, who died in 2004, has been accused of abusing a total of nine boys while a Pentecostal preacher.

Mr Houston previously said that he had always been transparent about the matter. 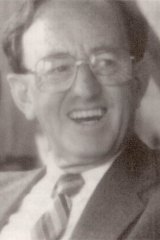 “I vehemently profess my innocence and will defend these charges, and I welcome the opportunity to set the record straight,” he said in a statement in August.

Records show Mr Houston, 67, stepped down as company director on August 17. A fortnight later, Stephen Crouch, an existing board member and husband of pastor Donna Crouch, was appointed director, according to records lodged with ASIC one week ago.

The Corporations Act forbids anyone from being a company director if they are convicted of a crime involving dishonesty that carries a jail term longer than three months. Under the NSW Crimes Act, the maximum penalty for concealment is five years’ imprisonment.

There is no concrete definition of what constitutes dishonesty under the Corporations Act, which defines it as being “dishonest according to the standards of ordinary people”.

On Friday Mr Houston, who has been based in the US since May and recently preached in Mexico, emailed his followers.

He began the email, a copy of which has been seen by this masthead, by offering words of encouragement to his supporters.

“With much of our country still in lockdown there are many people doing it tough,” he said.

“I know our pastors, leaders and CityCare team have been busy ministering to people and helping them in practical ways through these times.

“It’s important that we all continue to lean in, encourage one another and help each other through this pandemic.

“I also wanted to let you know that I’ve made a decision to step aside from my role on the Hillsong Church boards that oversee the governance of our operations.

“I did this so that these boards can function to their fullest capacity during this season.

“This doesn’t change my role as Global Senior Pastor. I thought it was important to let our church family know in the interests of transparency, and I wanted you to hear it from me directly.”

Mr Houston then expressed surprise that the Christmas festive season was already nearing.

“A year ago, we certainly didn’t expect to be still dealing with lockdowns and restrictions. Let’s pray that Australia will turn the corner soon so we can meet together in worship with no barriers.”

Mr Houston and his wife, Bobbie, were given an exemption to leave the country earlier this year.

Mr Houston is a friend to the Prime Minister, a committed Pentecostal Christian who put the pastor’s name forward to be invited to a White House state dinner with former US president Donald Trump in 2019. The request was denied by the hosts, The Wall Street Journal reported at the time.

Speaking to radio station 2GB in March last year, Mr Morrison said Hillsong was a large and respected organisation in the US and “so well known that Brian was actually at the White House a few months after I was”.