Brother, 35, faces life in jail after admitting stabbing his 46-year-old sibling to death

A brother is facing life behind bars after he admitted stabbing his sibling to death in the summer.

Emergency services rushed to Duke Gardens in Blyth, Northumberland, in the early hours of August 2 where they found Gary Wilkie with a serious stab wound to the leg.

The 46-year-old was treated at the scene but despite the best efforts of medics, he was pronounced dead a short time later.

His brother, James Rutherford, was arrested at the site and subsequently charged with murder and possession of an article with a blade or point in a public place.

And today the 35-year-old killer, of no fixed abode, pleaded guilty to both offences during a hearing at Newcastle Crown Court. 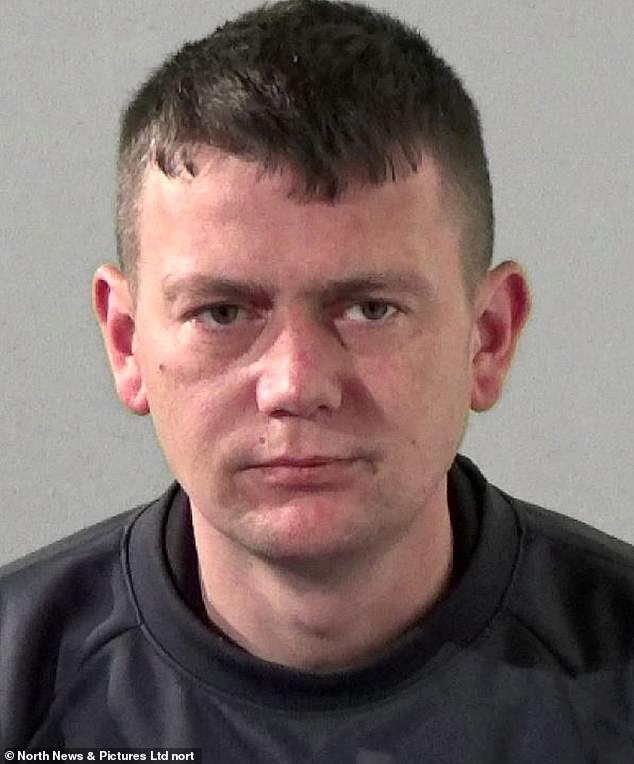 James Rutherford (pictured), 35, has admitted to stabbing his 46-year-old brother Gary Wilkie to death during an altercation in Blyth, Northumberland, on August 2 of this year 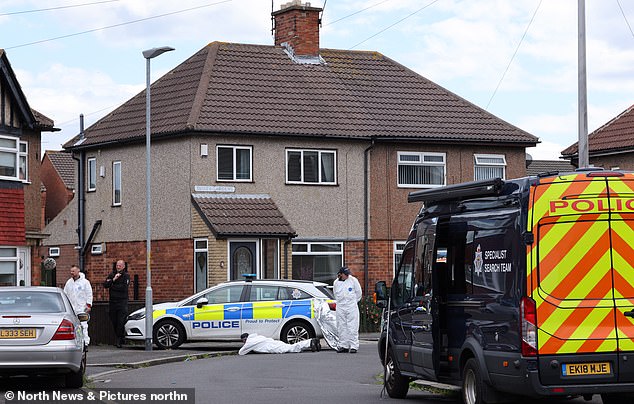 Mr Wilkie suffered a serious stab wound to the leg and died at the scene despite the efforts of paramedics to save him. Pictured are police at the house where the fatal stabbing took place

Detective Inspector David Johnson, of Northumbria Police, said: ‘The last three months have been incredibly difficult for Gary’s family and our thoughts remain with them at this devastating time.

‘We will continue to offer them any support they need.

‘It was imperative that effective justice was served and, with the weight of evidence against Rutherford overwhelming, I am pleased he spared his family the anguish of having to prolong these proceedings further by taking this to trial.

‘This is another tragic case that once again highlights the irreversible and devastating consequences of carrying a knife and I hope it sends out a strong message to the community.

‘I would like to thank the victim’s family and the wider community for their support and cooperation throughout this investigation, as well as a team of detectives who worked diligently to pull together a strong prosecution case.’

He has been remanded in custody and is due to be sentenced at the same court on January 12, 2023.