The cancellation of a world-class motorcycle race at Phillip Island has left a $42 million hole in the local economy, sparking a push by the Bass Coast Shire for new projects to entice domestic visitors and offset the financial damage.

The Australian Motorcycle Grand Prix attracted an estimated 92,000 people to Phillip Island before the pandemic, and businesses say the event delivered major economic benefits to the region. 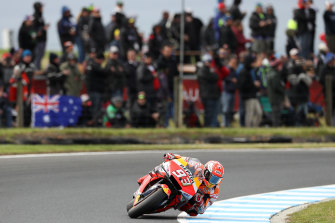 The MotoGP in Phillip Island in 2019. Credit:Robert Cianflone/Getty Images

Border closures resulting in the loss of international travellers, who were drawn to the penguin parade and other attractions, has also inflicted major financial pain on Phillip Island’s tourism-dependent economy.

The Bass Coast Shire is now seeking state and federal government funding for an infrastructure binge to stimulate more domestic tourism in the region and break Phillip Island’s economic reliance on international travellers. 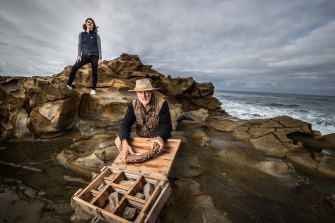 Paleontologist Mike Cleeland and Bass Coast chief executive Ali Wastie at Shelley Beach, Kilcunda, which will be one of the main stops on the proposed dinosaur trail. Credit:Jason South

The decision to cancel both the Formula One race at Albert Park and MotoGP at Phillip Island was confirmed last month. It came after both events were cancelled last year.

“This is absolutely critical,” she said. “This is the second year that we’ve lost this significant event during COVID.”

She said the MotoGP accounted for up to 10 per cent of some businesses’ turnover every year.

Economic analysis supplied by the Bass Coast Shire showed visitor expenditure in general had contributed $549 million to the region with an equivalent of 4400 full-time jobs before the pandemic.

The MotoGP, previously held in October, provided an important financial boost to Phillip Island businesses outside of the busy school holidays.

Ms Wastie insisted tourism infrastructure needed to be upgraded at Phillip Island and the Bass Coast but ratepayers could not bear the cost alone.

“We need to have these once-in-a-generation projects to get the economy back up and going,” she said.

Many of them returned year after year, Ms Scarlato said.

“We see them as friends and family,” she said.

Ms Scarlato said the event also brought a lively atmosphere to Phillip Island and an “element of Euro” from international teams.

“Often you hear of the riders naming the Phillip Island location as their favourite.” 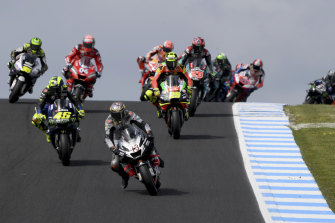 The MotoGP at Phillip Island has now been cancelled twice. Credit:AP

The Bass Coast Shire is now hoping to lure a Supercars race to Phillip Island, although the event would probably be much smaller than the motorcycle grand prix.

A spokesman for the government said it had consistently backed Phillip Island’s tourism industry, including securing the MotoGP until 2026 and investing almost $50 million in the penguin parade visitor centre.

“We are talking to Supercars about opportunities for the coming season and will have more to say when we can,” he said.

A Supercars spokesman declined to comment on whether Phillip Island would host a race but said discussions were under way about a possible venue for an event in October.

Geoff Moed, owner of the A Maze’n Things theme park, said the three-day MotoGP delivered little direct benefit to his business while it was being staged. But fans often came back later with their families.

He said while the race could be noisy, Phillip Island residents largely supported the event being staged.

“They see that neighbours are busy and businesses are doing well,” Mr Moed said.

But he believed Phillip Island’s range of tourism offerings should be better marketed to domestic visitors. “There are a lot of businesses that spend more money advertising overseas than they do domestically.”