THE dramatic moment a MAGA rioter confronted police before being tackled to the ground and beaten has been captured on video.

In a clip posted online, an unidentified man in a hoodie can be seen coming face-to-face with a group of police officers during the riots on Capitol Hill last week. 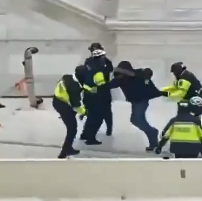 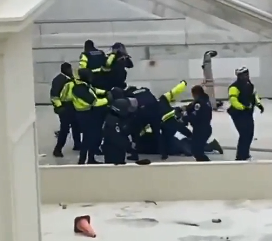 The footage shows the man then being dragged to the ground before one cop repeatedly punches him.

In another video, droves of rioters can be seen storming past a barricade as US Capitol Police desperately try to keep them corralled on the west side of the building at about 2.30pm, the New York Post reports.

“They broke through, it’s on!” one man is heard yelling at the start of the clip.

Moments later, a rioter throws a fire extinguisher toward a group of officers below, striking one on the helmet. 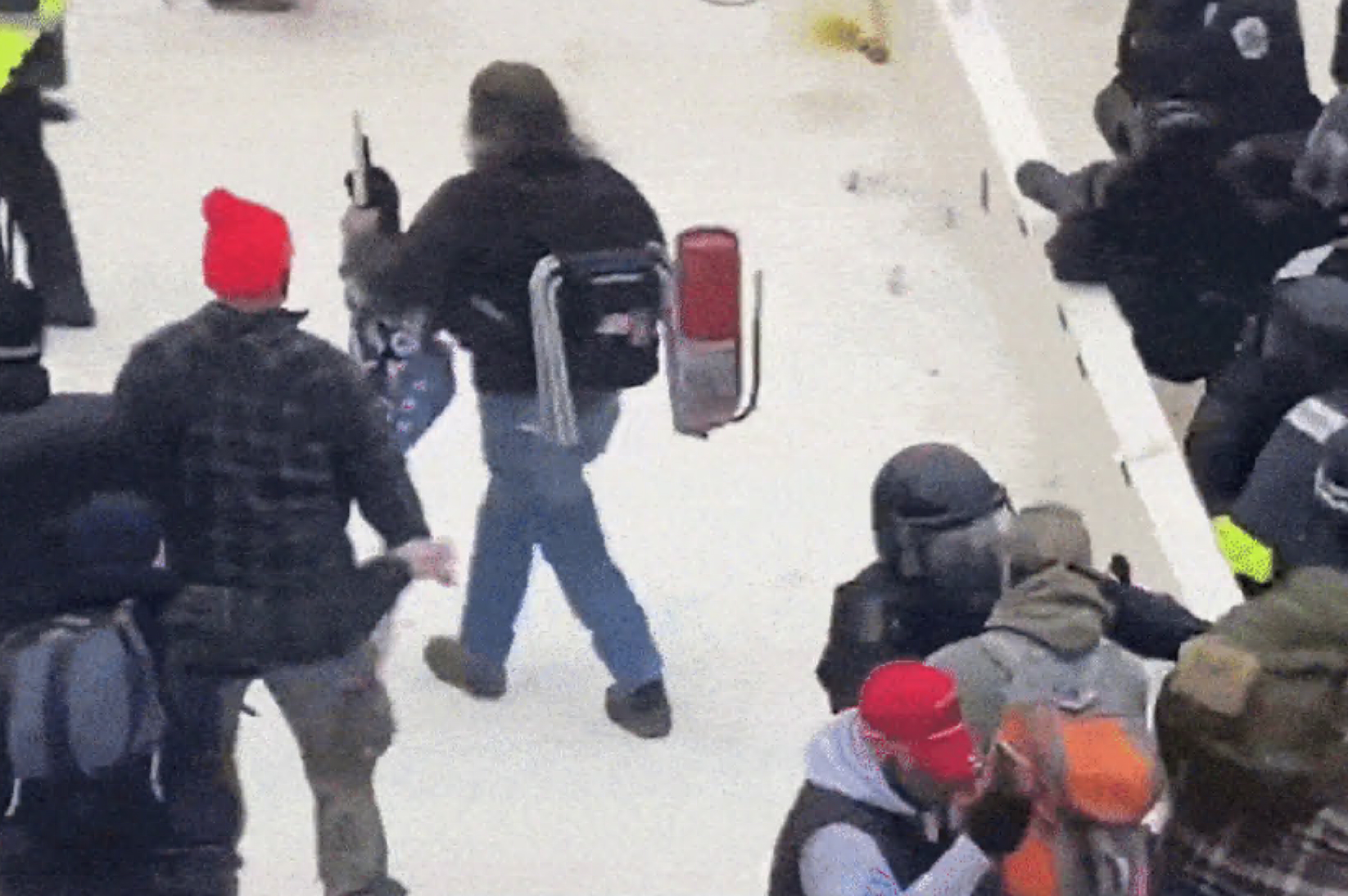 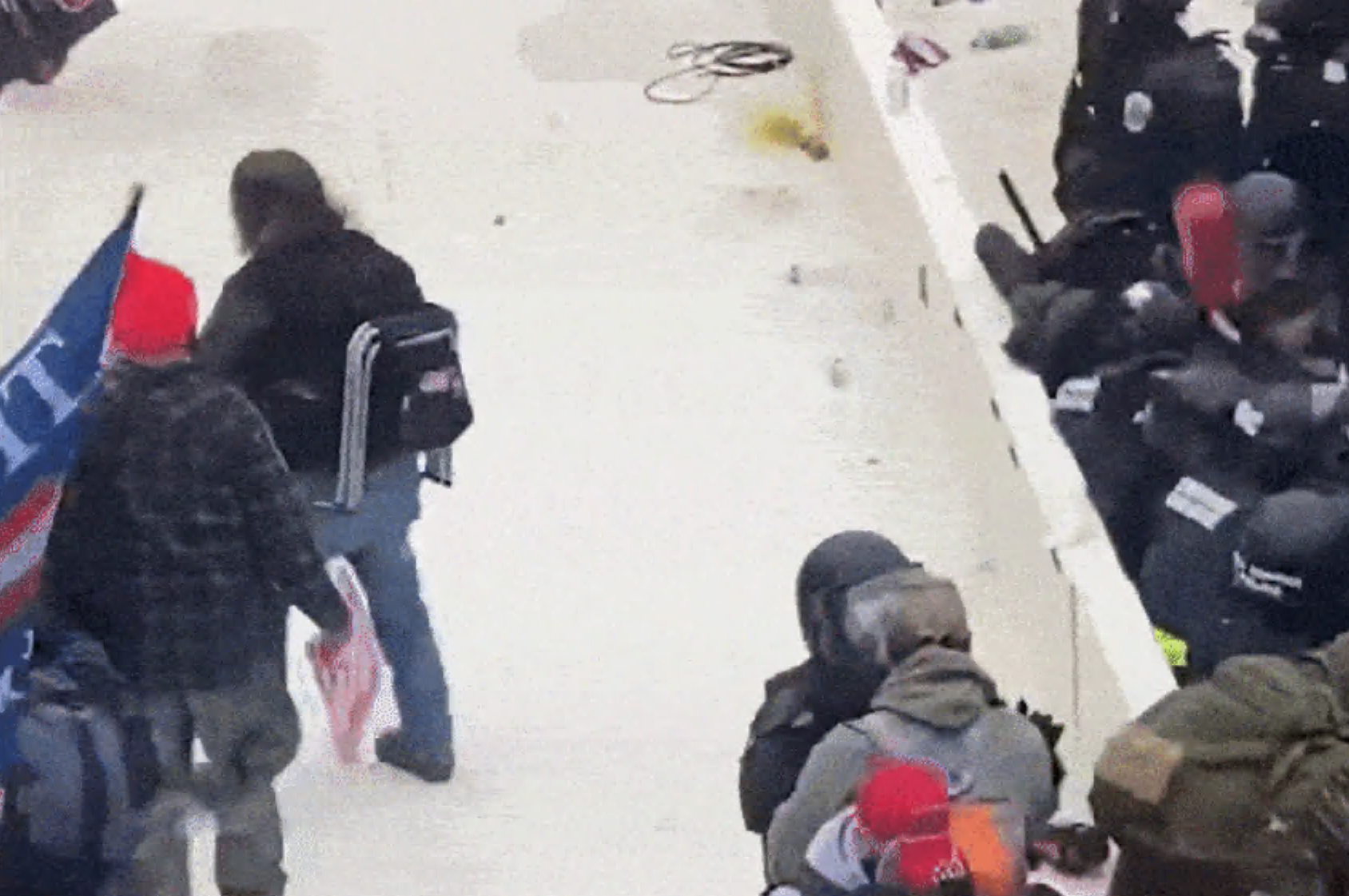 It is unclear if the struck cop was Capitol Police Officer Brian Sicknick, 42 who, died on Thursday after reportedly being hit over the head during the riots.  An investigation into his death is ongoing.

Sicknick was reportedly bludgeoned with a fire extinguisher, according to The New York Times and The Associated Press, citing two law enforcement officials.

A statement by the Capitol Police said he was injured and collapsed after returning to his office.

Prosecutors in the US Attorney's office plan to open a federal murder investigation into Sicknick's death, a law enforcement official told CNN.

Four other people died during the dramatic siege, including a California woman shot by Capitol Police and three others who suffered medical emergencies.

In the clip, the rioter who tossed the fire extinguisher appears to walk away after heaving it at the helmeted officers from above — with it making an audible thud as it crashes to the ground.

Seconds later, someone heaves a bullhorn at the officers as chants of “USA” bellow through the grounds.

“There’s a guy, like, dying over there,” another witness says on the clip. “They’re trying to hold him up.”