Charles Manson sent a creepy letter to Sharon Tate’s sister insisting he couldn’t reveal details of further crimes – only to send her a drawing that appeared to hint at the location of hidden-corpses.

Debra Tate, 69, who has long been a victim’s advocate and has represented the Tate family at every court hearing relating to the Manson family since 1998, made the revelation in an interview with the Sun.

Following rumors that Manson and his followers had been involved in other unsolved murders and disappearances, Debra reached out to the cult leader in a letter.

Much to her shock, Manson responded from Central California’s Corcoran State Prison.

She told the Sun: ‘Charles Manson’s letter rattled on just like he did. He was writing about how he was an outlaw, and that he lives by outlaw rules, meaning he would never rat on any of his brothers and sisters, even though some of them had done it to him.’

Debra continued: ‘But he drew me a little picture that was an exact replica of the Panamint Mountains, the mountain range surrounding Barker Ranch where Manson was hiding out after the murders and eventually captured.’

‘There was also what at first glance looked like a sun coming up over the hills, but when you looked closer, it was actually a little image of Charlie, because he had a little ‘X’ on his forehead.’ 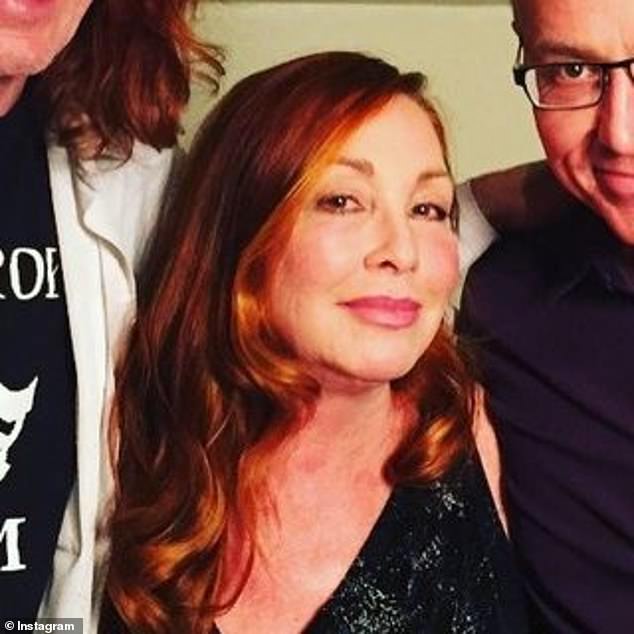 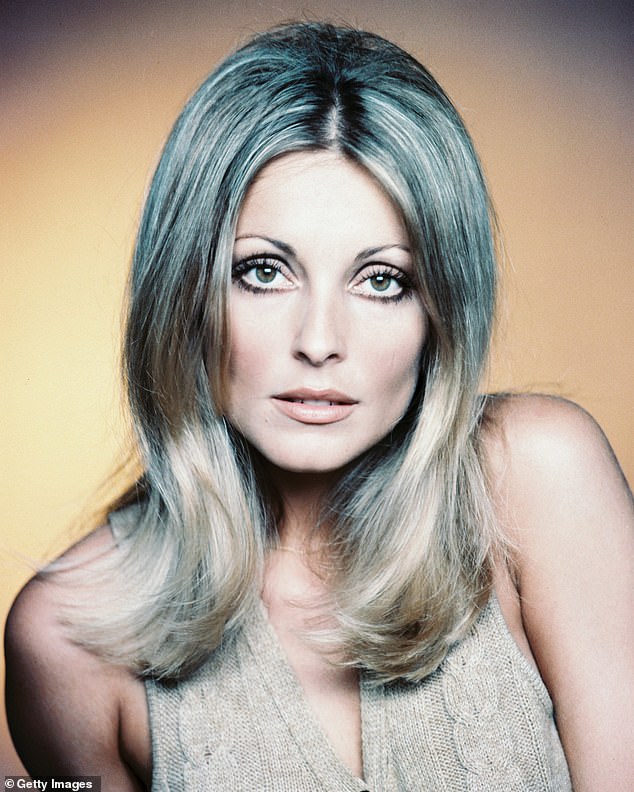 Sharon Tate, the 26-year-old wife of director Roman Polanski, had been eight-and-a-half months pregnant when her body was found amid scenes of carnage at their Beverly Hills home 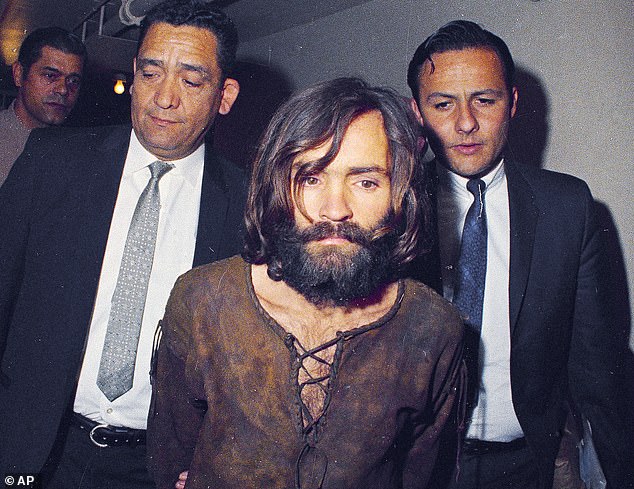 Debra Tate described Charles Manson’s letter saying it ‘rattled on just like he did. He was writing about how he was an outlaw, and that he lives by outlaw rules’

The Sun reports that in the foreground of the drawing was ‘little X-marks’ that she believed could be the final resting place for other victims of the cult.

She said: ‘I think that was his way of telling me something and answering my questions while remaining true to his own doctrine of living the outlaw life.’

Over the course of two nights in August 1969, cult leader Charles Manson’s followers killed eight people at two separate locations in what have come to be known as the Tate-LaBianca murders.

Sharon Tate, the 26-year-old wife of director Roman Polanski, had been eight-and-a-half months pregnant when her body was found amid scenes of carnage at their Beverly Hills home. 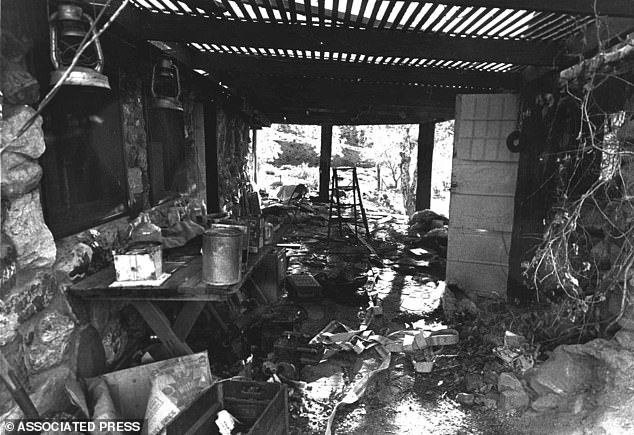 Barker Ranch, where Charles Manson spent his last days before his October 1969 arrest was searched for potential victims of the cult in 2008

A total of five innocent people lay dead in the house, while Sharon’s unborn baby, named Paul, made a sixth tragic victim.

The word PIG was scrawled in Tate’s blood on the front door. DEATH TO PIGS was smeared on the walls inside.

Debra was 10 years old when the murders occurred.

In 2019, Debra told DailyMail.com: ‘Sharon was my sun and my moon. Her death and the deaths of those who were slaughtered alongside her destroyed so many lives. It’s like a ripple on a pond. It spreads out, getting bigger and bigger.’

The night after Tate’s murder, Manson took a group of his followers to the home of Leno and Rosemary LaBianca. He instructed them to enter the home and kill the occupants.

Leno LaBianca was a supermarket executive. His home in the Los Feliz neighborhood of Los Angeles was known to Manson after he attended a party at the house next door in 1968.

Manson died in November 2017 from colon cancer while serving a life sentence for the murders of Tate and the occupants of her home as well as the LaBianca murders. 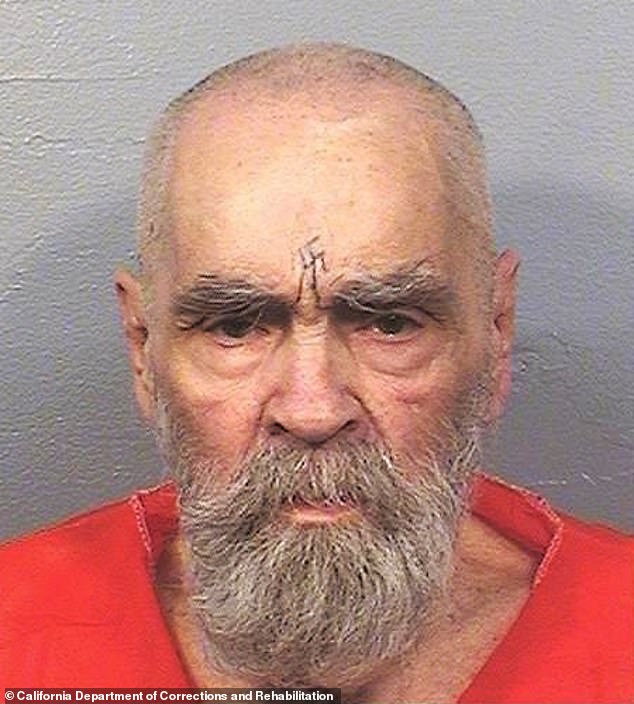 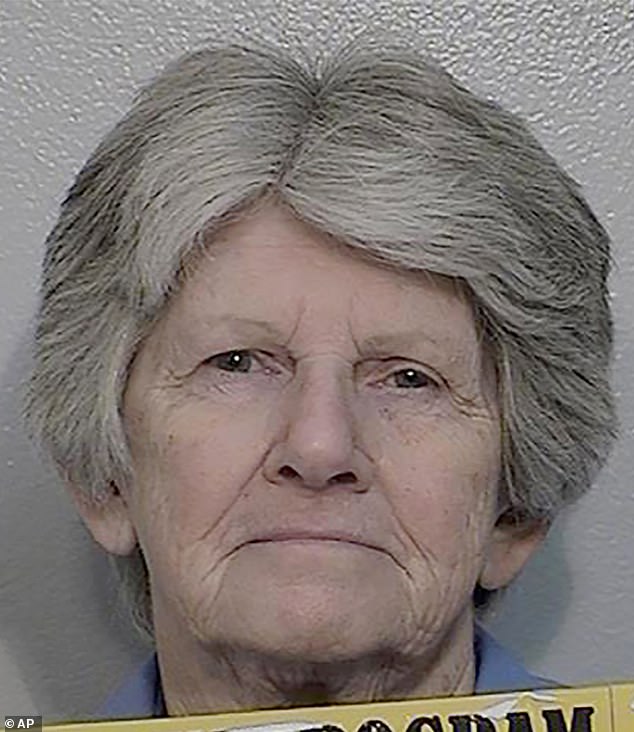 Following his death, Debra told ABC News: ‘People are saying that this should be some kind of relief, but oddly enough, it really isn’t.’

She added: ‘While Charlie may be gone, it’s the ones that are still alive that perpetrated everything, and it was up to their imaginations for what brutal things were going to be done. In an odd way, I see them as much more dangerous individuals.’

In 2008, Debra led a highly publicized search of the grounds around Barker Ranch, where Manson spent his last days of freedom prior to his arrest in October 1969.

At the time, Debra told CBS News that following the death of her mother, Doris, in 1992, and other sister, Patti, in 2000, she vowed to fight to keep the Manson family behind bars and to search for more victims.

She told the network at the site of the dig: ‘If there are bodies here, we need to find them and send them home.’

That search was called off after a few months when no remains and no evidence was found by the search party.

More recently, in May 2022, Debra spoke out against the potential parole of Manson follower Patricia Krenwinkel.

Krenwinkel was approved for parole by a board in May prompting Debra to speak out against the 74-year-old’s potential freedom.

She told the Los Angeles Times: ‘Charles Manson stated that she was the one most like him. That was Charlie’s assessment of Patricia Krenwinkel.’

California Governor Gavin Newsom has until October 23 to make a decision on whether or not to grant parole to Krenwinkel.