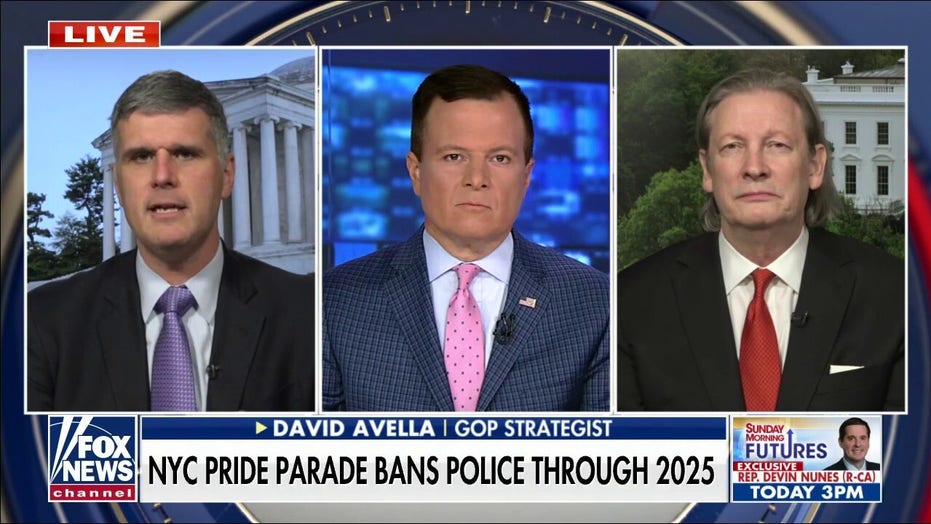 Two Chicago police officers have been treated and released from Mount Sinai hospital after being wounded during a shooting early Sunday morning.

Video shared by the Chicago Police Department shows the officers being brought out by hospital staff, where they were greeted with a salute from about 50 of their coworkers.

“They are expected to have a full recovery,” Chicago Police superintendent David Brown said at a news conference. “We’re really grateful for all of the support of the nurses and doctors at Mount Sinai for their great work in getting the officers back on their feet.”

According to authorities, the injured officers responded at approximately 7:23 a.m. Sunday to a ShotSpotter alert and multiple calls of shots fired near the 1500 block of South Lawndale.

As the officers approached a male subject, the individual pulled out a firearm and shot at police, striking one of the officers in the hip and shoulder, while the other was struck in the hand.

The suspect’s firearm was also recovered at the scene, according to CPD spokesperson Tom Ahern.

“They were in uniform, clearly Chicago police officers, and this offender had no regard for their position as police officers — no regard — and began trying to kill them,” Brown said at a news conference. “Let’s be clear: This offender turned and immediately tried to kill these officers by firing a gun at them and hitting both of them. But for the good Lord’s grace that we’re not here talking about planning a funeral for our officers.”

He also urged the “silent majority” of people in the city who fully support police officers to “speak up” and “be more vocal”.

“Our officers need you to be more vocal,” Brown added. “They need to be encouraged to continue to run toward danger to protect the people of Chicago.”

Chicago Mayor Lori Lightfoot called for an end to the violence in the city.

“Let’s say a prayer for all involved. Let’s pray for peace in our city,” she said. “We’ve got to put these guns down. We’ve got to stop the flow of illegal guns into our city.”

According to Brown, the incident marks the fifteenth & sixteenth time CPD officers have been shot since January 2020. He expects investigators will pull video from both the officers’ body camera footage as well as surveillance video from the area.

The specifics of the incident, including the comprehensive use of force, remain under investigation by the Civilian Office of Police Accountability. The officers involved will be placed on routine administrative duties for the next 30 days.

Anyone with more information on the incident can contact the office at 312-746-3609.