A convicted killer will act as his own attorney in his upcoming trial for the death of an Orlando police officer in 2017.

Loyd, 45, is accused of fatally shooting Clayton outside of a Walmart store in January 2017 as she tried to arrest him for killing his pregnant ex-girlfriend, Sade Dixon, weeks earlier. Loyd was convicted in Dixon’s case in 2019, and is currently serving a life sentence. 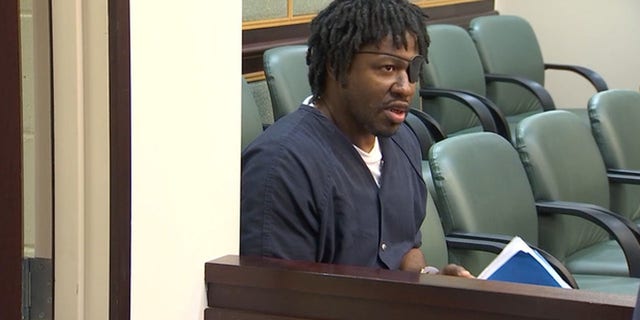 Accused cop killer Markeith Loyd said in jailhouse videos he got into a fight with his pregnant ex-girlfriend over who he was talking with on Facebook.
(FOX35)

Clayton’s shooting led to a massive manhunt for Loyd. Orlando police officers found him in an abandoned house and beat him during his arrest, court records show. He lost an eye in the beating. The officers were later cleared by an internal investigation and an investigation by the state attorney’s office, records show.

Loyd cited section 1 of the 14th Amendment and the 6th Amendment in seeking to represent himself, news outlets reported. The judge ordered criminal defense lawyer Teodoro Marrero and death penalty expert Terrance Lenamon to remain on as standby to represent Loyd if needed.