Councils are fighting back against Government attempts to book up hotels to house asylum seekers.

At least four have taken legal action after hotels – some in ‘prime tourist areas’ – stopped taking reservations because the Home Office block-booked all their rooms for migrants.

Local authorities across the UK said they would take a ‘strong stance’ against the plans as they affect tourism revenue, put pressure on stretched services, risk local jobs, and breach planning rules.

The revolt came as official figures showed another 468 migrants crossed the Channel in eight boats on Sunday, putting further pressure on the UK’s creaking asylum system. It took the total who have reached Britain so far this year to 39,867.

Ipswich Borough Council was granted an interim injunction last week after the Home Office planned to house 200 asylum seekers in a four-star hotel.

The Labour council and local Tory MP Tom Hunt joined forces to fight for the court order against the Novotel hotel.

Mr Hunt said: ‘This is the most pressing issue in my inbox. Accommodating people who have come here illegally in expensive hotels smack-bang in the town centre is not something I am going to support. 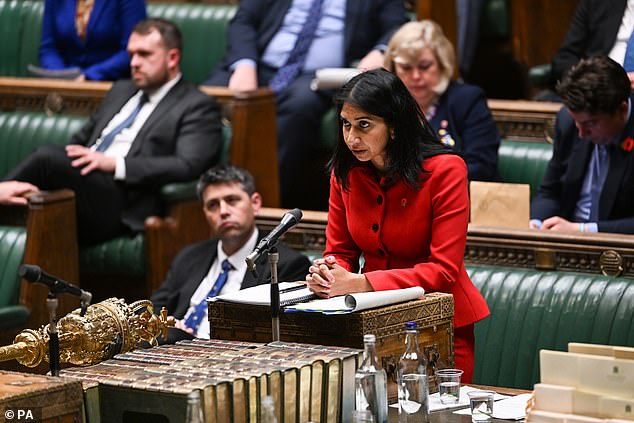 Home Secretary Suella Braverman told MPs yesterday that the Government was spending £6.8million a day on hotels for migrants 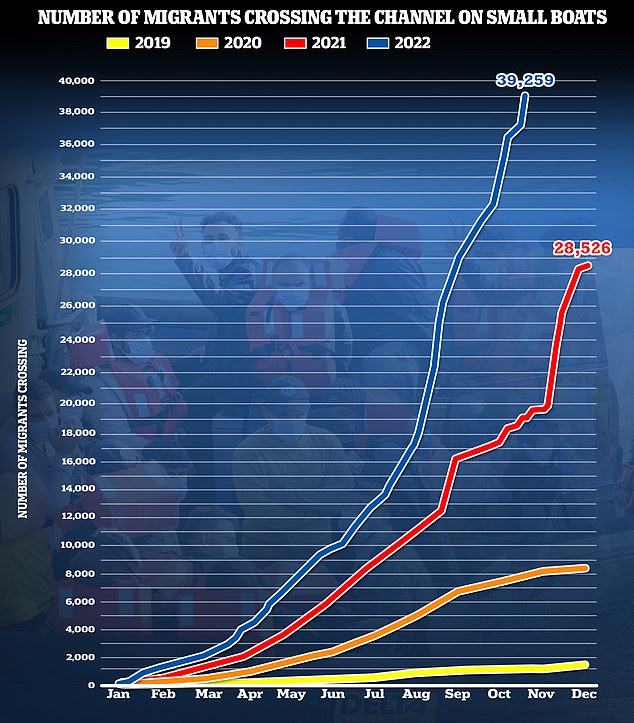 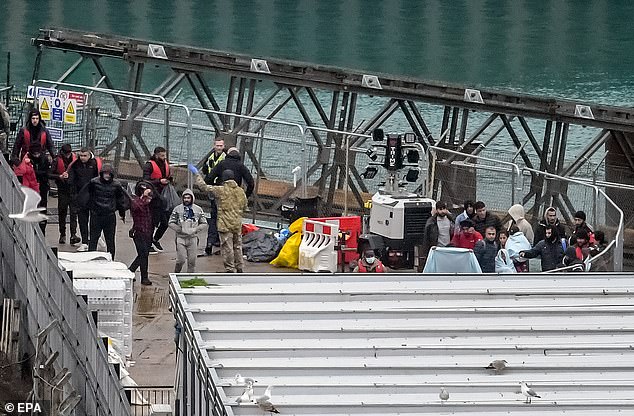 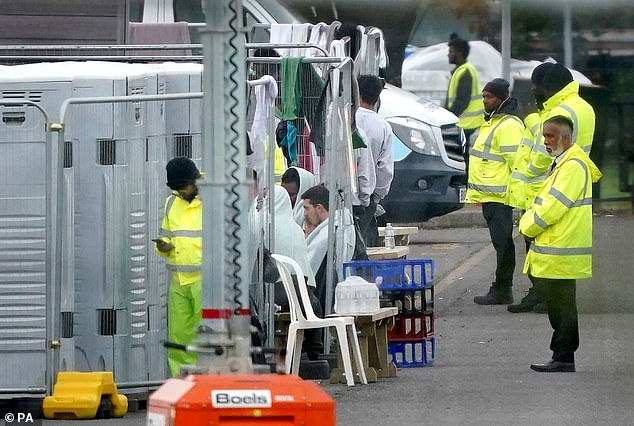 A view of people thought to be migrants at the Manston immigration short-term holding facility located at the former Defence Fire Training and Development Centre in Thanet, Kent on Monday

‘Businesses are very concerned about this as it was often used by them for work. It’s now lost that purpose.’

Scott Benton, Tory MP for Blackpool South, described the situation in his constituency as ‘completely regrettable’ after a hotel was taken over 12 months ago to house 300 asylum seekers.

He added: ‘The situation has become intolerable. The Government urgently needs to get a grip of it because people have lost faith that they can protect our borders.

‘We were promised this would be short-term, but the situation hasn’t changed in 12 months. I suspect this hotel will be housing migrants for years to come.’

In Great Yarmouth in Norfolk, local council chief executive Sheila Oxtoby wrote to Home Office officials after they booked up the whole of ‘a very successful, sustainable hotel’ popular with holidaymakers.

But she was ignored and 72 migrants moved in. Great Yarmouth Borough Council then took legal action and won a temporary injunction stopping a second hotel, the Embassy, from taking more asylum seekers.

Miss Oxtoby told the Local Government Chronicle: ‘It’s absolutely counterintuitive to all the other investment we’re putting into Great Yarmouth. We will be taking quite a strong stance.’

The 88-room North Stafford Hotel in Stoke-on-Trent has also been prevented from housing migrants after council bosses secured a temporary injunction. 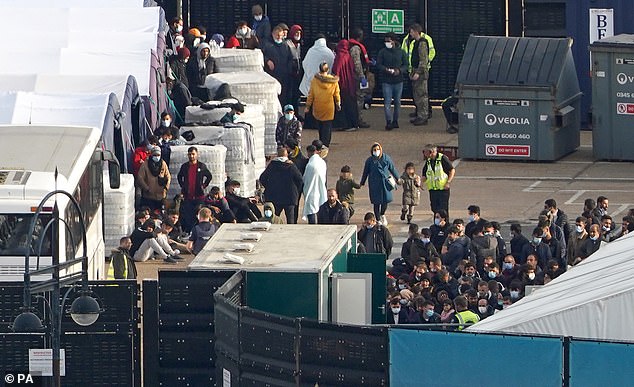 People thought to be migrants wait to be processed at the Border Force compound in Dover, Kent, on Saturday 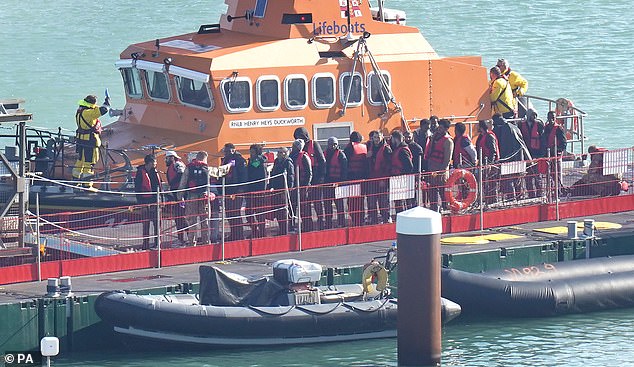 A group of people thought to be migrants are brought in to Dover, Kent, on the Ramsgate Lifeboat following a small boat incident in the Channel on Thursday

Stoke City Council won the injunction against Britannia Hotels this month and the case is due back in the High Court tomorrow.

Tory, Labour and independent councillors came together to criticise the planned use of the hotel, saying: ‘This is a misuse of the hotel, which does not have permissions for this use, and does not promote inclusion.

‘It is an outrage that the Government tells us who to house where.’

Torbay Council in Devon said a group of under-18s staying in a hotel were putting an immense strain on its children’s services budget, which is already under severe pressure.

On Sunday, East Riding of Yorkshire Council confirmed it had gone to the High Court to stop the Humber View Hotel in North Ferriby housing asylum seekers.

A spokesman for the Local Government Association, which represents councils, said last night: ‘We have been raising increasingly urgent concerns with the Home Office on behalf of councils about the use of hotels for asylum seekers without adequate time for consulting or even sometimes informing the local council in advance.

‘Councils understand the pressures in the system but it is vital that they are given notification.’

Home Secretary Suella Braverman told MPs yesterday that the Government was spending £6.8million a day on hotels for migrants.

The Home Office said asylum seeker arrivals were at record levels, but admitted that using hotels to house them was ‘unacceptable’ and ‘a short-term solution’.