Wedding crashers! Moment bride and groom plunge 12 feet to the floor when swing snaps during their extravagant marriage stunt in India

A bride and groom plummeted to the floor when a swing they were standing on snapped during their spectacular wedding celebrations in central India.

The couple were making a dramatic entrance, being hoisted into the air on the suspended platform surrounded by fireworks at the event Raipur, Chhattisgarh.

Footage, filmed on Saturday evening, showed the frightening moment a harness snapped on the circular swing, plunging the couple to the ground in front of shocked guests.

Fortunately the couple sustained only minor injuries and carried on with the ceremony 30 minutes later, according to local reports. 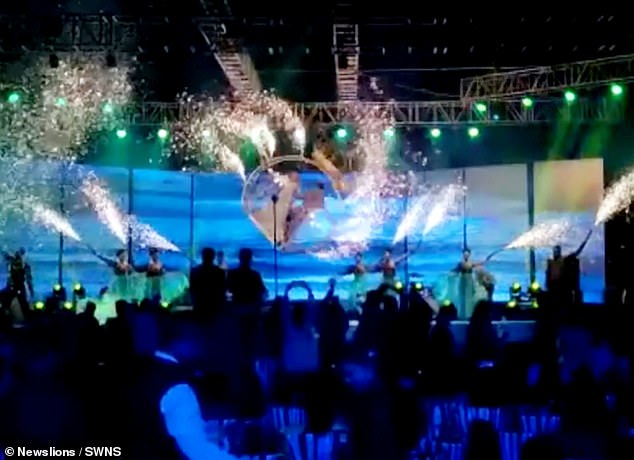 A couple fell 12ft to the floor after they were hoisted into the air on a circular swing during a marriage stunt in in Raipur, Chhattisgarh in central India 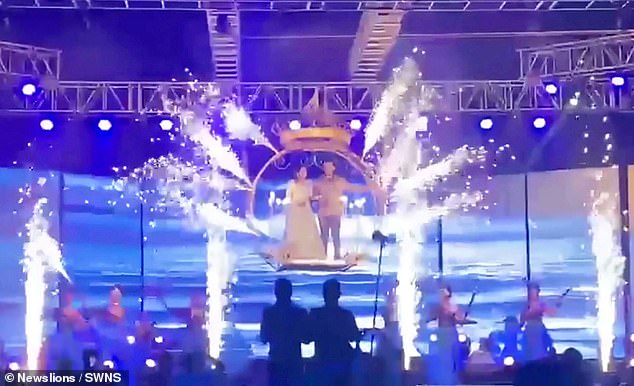 During the wedding function, the couple made a dramatic entrance and were hoisted into the air on a huge circular swing

The video, which has been viewed thousands of times on Twitter, showed the couple slowly rising on the swing until the hoist snapped.

As the swing crashed down, dancers on each side of the stage ran for cover as  showers of silver confetti were released from a cannon.

According to reports, no complaint has been filed and the event management company has apologised for the incident.

Speaking to NDTV, an employee from the company said: ‘No one suffered injuries in the incident. The bride and the groom are safe.’ 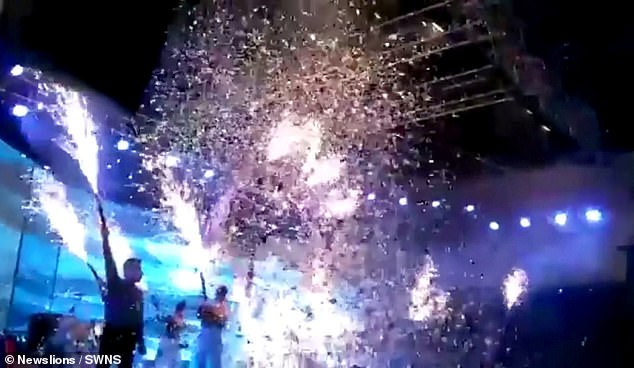 As the swing crashed down, the dancers who are on either side of the stage are filmed running away as silver confetti is released from a cannon but were able to continue the ceremony 30 minutes later with minor injuries

One viewer wrote: ‘How scary – thankfully the bride and groom are okay.’

Another added: ‘If I was the event management, I’d be worried.’

Last month another video from an Indian wedding went viral when two guests carried on eating despite a fire breaking out.

The footage, filmed in Bhiwandi, in Maharashtra, India, opens with a shot of the two men at the table nonchalantly making conversation with the camera operator.

The man in the white shirt then casually glances at the fire before returning his attention to the meal. 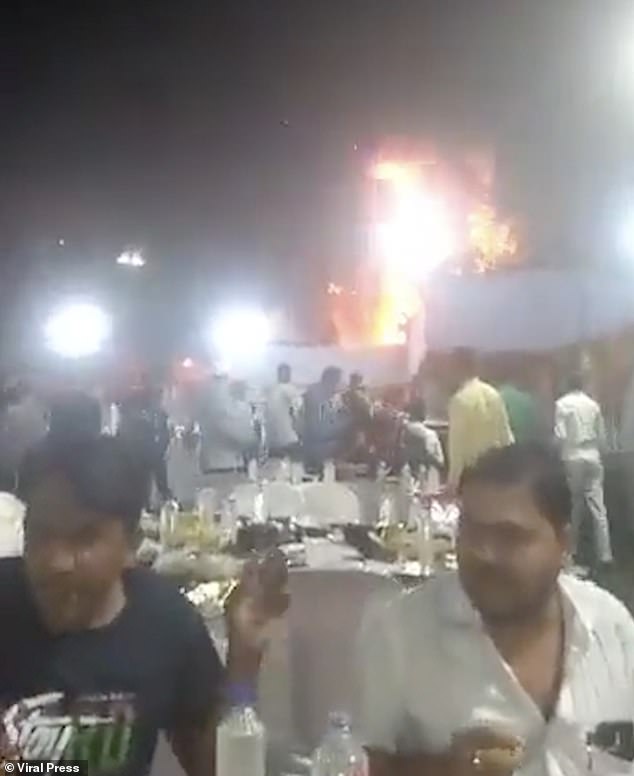 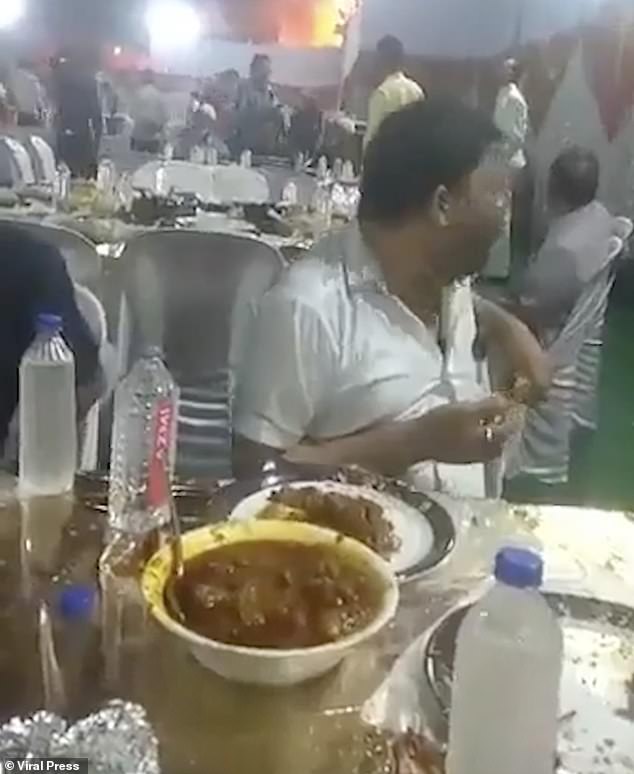 Many people at the wedding can be seen gawping at the fire as it raged but the two men being filmed were unperturbed.

The pair then continue their conversation as is the wedding had been uninterrupted.

According to NDTV, the fire took place at the wedding due to the use of firecrackers.

The fire gutted six two-wheelers, some chairs, and decorations from the nuptial celebrations in India’s second-most populous state.

Four fire engines were rushed to the spot to douse the fire, as per the Thane Municipal Corporation, but no lives were lost.