THE dad of a teen suspected of scaling Windsor Castle armed with a crossbow today said "something's gone horribly wrong" with his son.

Chilling footage showed the masked man threatening to "assassinate the Queen" just minutes before police swooped on him on Christmas Day. 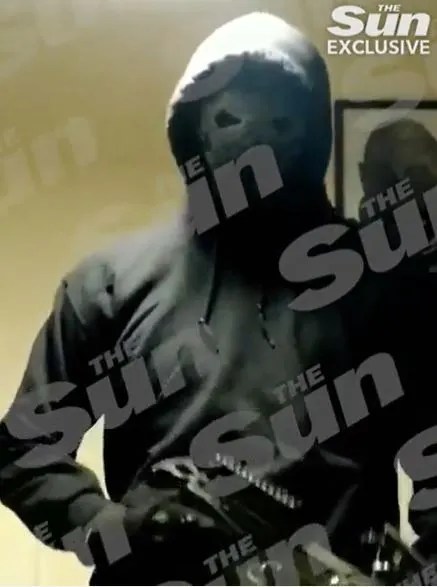 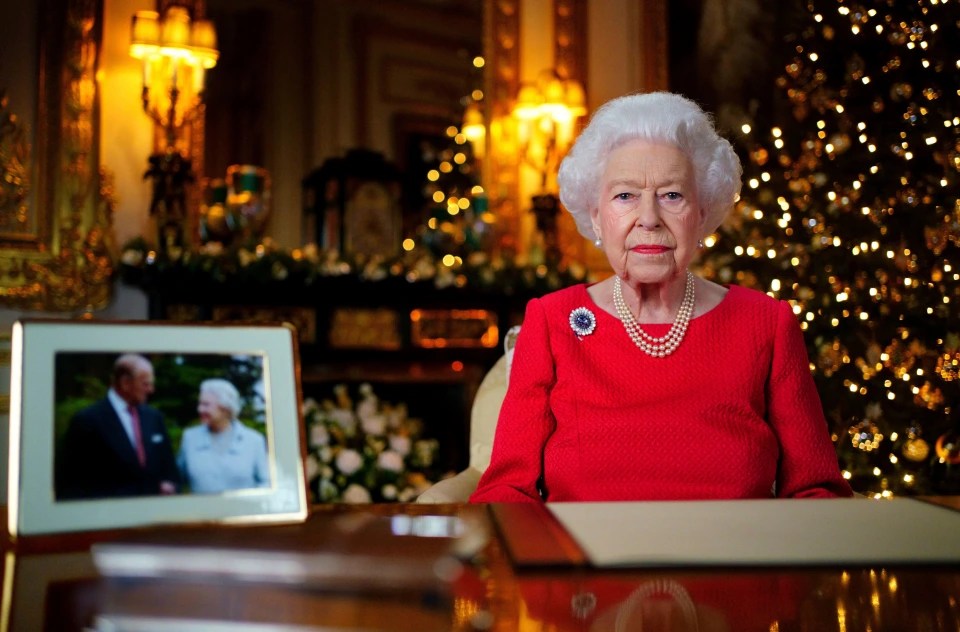 The 19-year-old suspect, Jaswant Singh Chail, was sectioned under the Mental Health Act.

His father, Jasbir Singh Chail, told MailOnline: "Something’s gone horribly wrong with our son and we are trying to figure out what.

"We’ve not had a chance to speak to him but are trying to get him the help he needs.

"From our perspective, we are going through a difficult time. We are trying to resolve this issue and it’s not easy."

Jasbir's son, who allegedly grew up in a £500,000 semi-detached house located on a private estate, is believed to have sent the video of him posing with a crossbow to his friends on Snapchat 24 minutes before armed officers pounced on him on Christmas morning.

He was 500 metres from the Queen’s private apartments, inside the castle grounds.

Chail, known as Jas, was arrested while allegedly armed with a crossbow after scaling a spiked fence with a rope ladder.

In the video clip, the figure holds the shiny black weapon and addresses the camera with a distorted voice while wearing a hoodie.

He is in a sinister white mask apparently inspired by Star Wars — and his message makes ­references to the film franchise’s mythology.

He says: “I’m sorry. I’m sorry for what I’ve done and what I will do. I will attempt to assassinate Elizabeth, Queen of the Royal Family.

“This is revenge for those who have died in the 1919 Jallianwala Bagh massacre.

“It is also revenge for those who have been killed, humiliated and discriminated on because of their race.

“I’m an Indian Sikh, a Sith. My name was Jaswant Singh Chail, my name is Darth Jones.”

In Star Wars, the Sith are the enemies of the Jedi Knights and worship the dark side of “the Force”.

The Jallianwala Bagh Massacre, or Massacre of Amritsar, took place in India in 1919, when British colonial troops shot and killed 379 protesters and wounded about 1,200.

Police confirmed they were assessing the video — which featured a framed picture of obscure Star Wars bad guy Darth Malgus on a wall behind the masked man.

The suspect added that he did not expect to survive the attack on the Queen.

In a message sent on Snapchat alongside the video, the teen wrote: “I’m sorry to all of those who I have wronged or lied to.

“If you have received this then my death is near. Please share this with whoever and if possible get it to the news if they’re interested.”

The pre-recorded video was posted at 8.06am on Christmas Day.

Armed police nabbed the 19-year-old intruder at 8.30am after he ­triggered alarms and was spotted on CCTV.

It was understood the Met has taken on the investigation because the suspect was arrested within the grounds and also because of the ­serious nature of the break-in.

The teenager was sectioned under the Mental Health Act after doctors pronounced him unfit to be dealt with over the break-in.

The Sun's revelation about the video sent beforehand raises further questions about the security incident.

The Queen was having breakfast at the time and was informed of the break-in   along with other members of the Royal Family present at the Castle.

It remained unclear how and when the intruder made his way to Windsor Castle from his home in Southampton, Hants.

Neighbours on December 25 spoke of their shock about the suspect’s arrest and described how a flurry of police arrived at their private housing estate on Christmas Day. 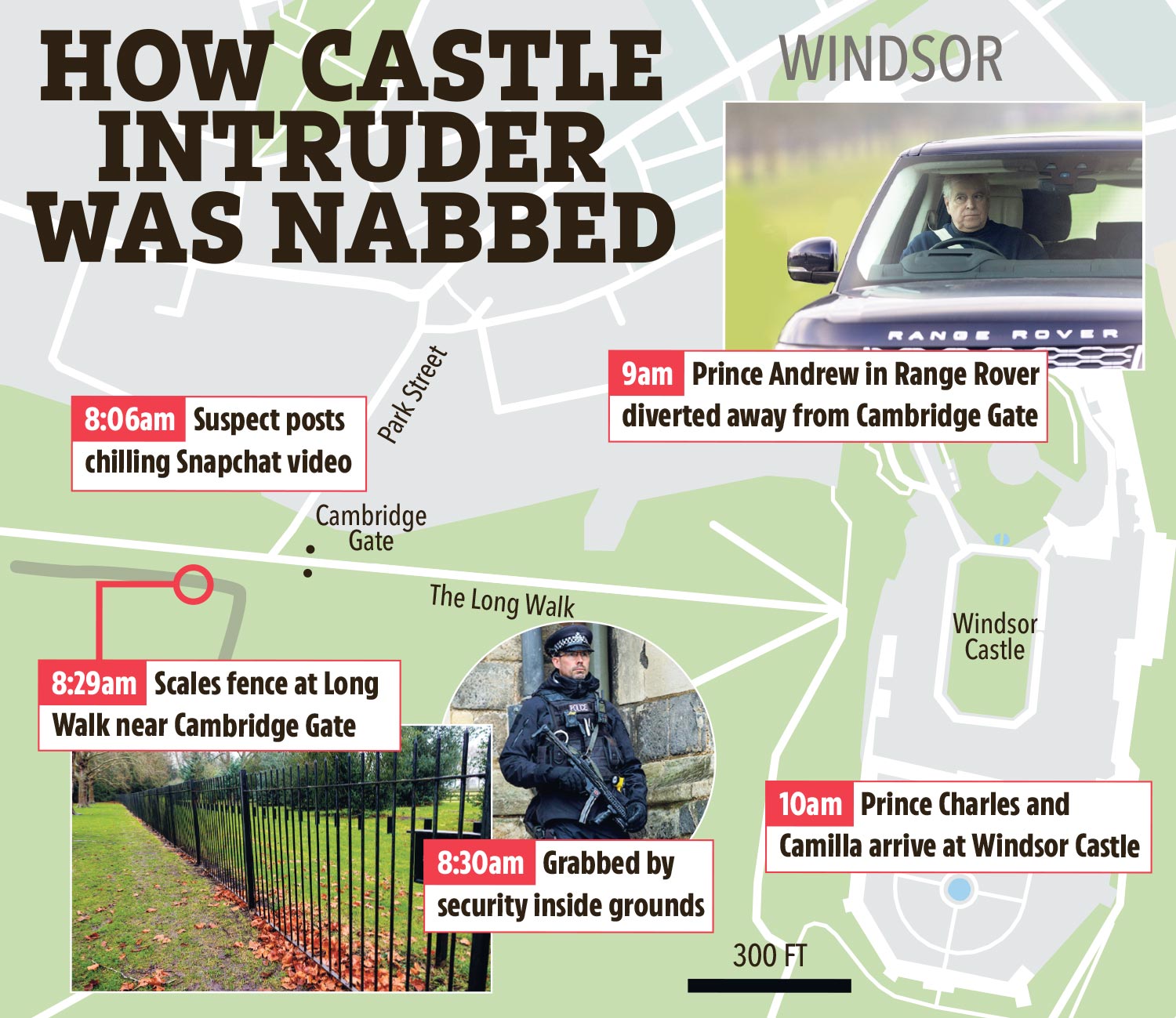 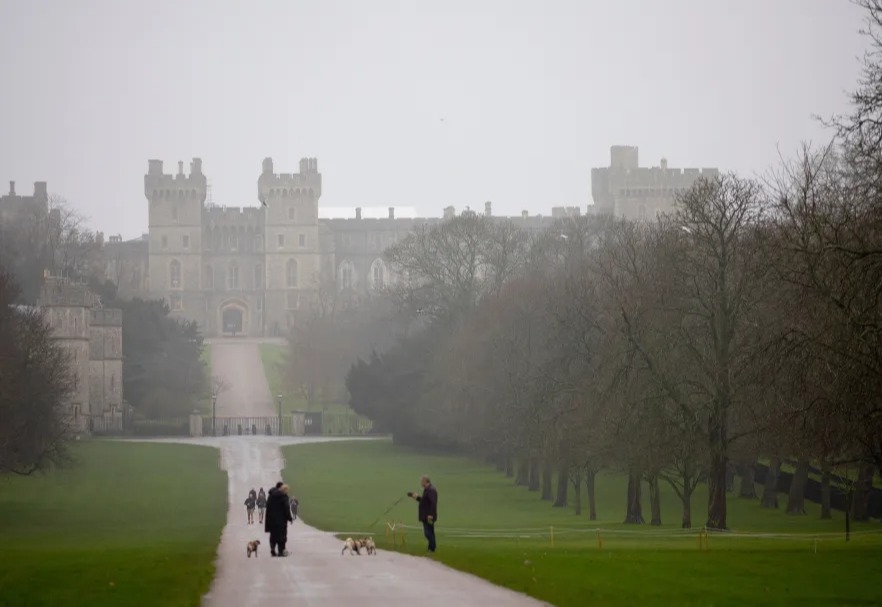 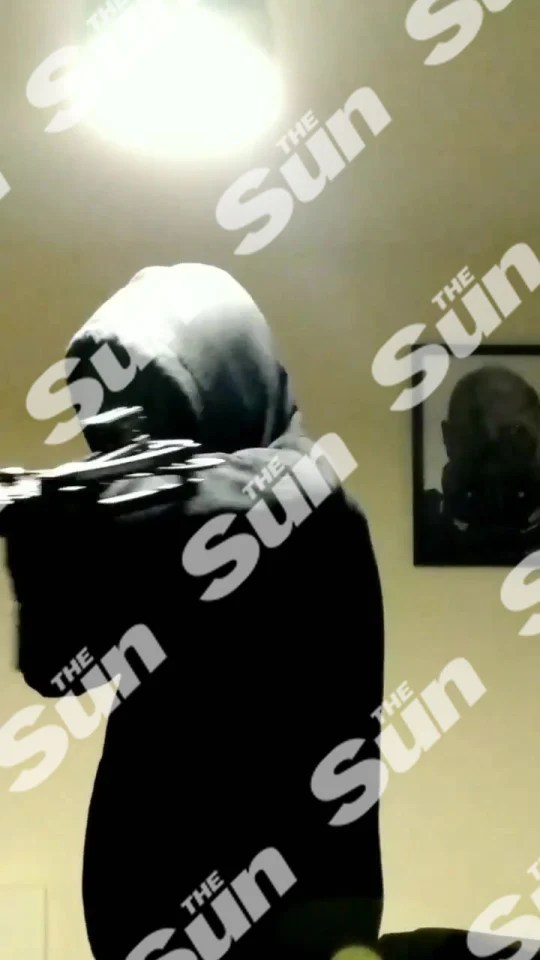 Police were seen going in and out of the four-bed detached home where the suspect lives with his family.

Patrol cars lined the road as shocked locals peered out from their windows.

One neighbour said: “There was a big commotion with all the police around and it caused some concern, especially as it was Christmas Day.

“The family keep themselves to themselves, like the rest of the estate, but we know there’s a teenage lad who lives there with his mum and dad.

“The police didn’t leave the estate until late at night. Everyone was wondering what  was going on.

“We saw the Windsor story in the news but never  thought our road would be at the centre of it.”

The suspect was held on suspicion of “breach or trespass of a protected site and possession of an offensive weapon” moments after breaking into the castle grounds.

A Met Police spokesperson said: “The man was taken into custody and has undergone a mental health assessment.

“He has since been sectioned under the Mental Health Act and remains in the care of medical professionals. Inquiries into the full circumstances of this incident are being progressed by Metropolitan Police Specialist Operations.”

The suspect was initially taken to a local police station as a joint probe was set up by Thames Valley Police and the Met.

On Boxing Day, the case was handed over to the Met alone. Its Royal Protection command is responsible for maintaining security within the perimeter of the castle.

Police stressed the intruder did not enter any building and that “security processes were triggered within moments of the man entering the grounds”.

The intruder was caught after triggering alarms as he used a rope ladder to scale a metal fence on Long Walk — yards from Cambridge Gate at the junction with Park Street.

The Queen, 95, was in her private apartments where she was preparing for her first Christmas Day without late husband Prince Philip.

As many as 20 family members were inside the castle.

They were thought to include Mike and Zara Tindall, Prince Edward and wife Sophie, Princess Beatrice and Eugenie and their children.

This meant the castle was already on high alert as so many royals were in one place at the same time.

A source said: "The bloke triggered the alarms almost immediately after he went over the fence."

Just minutes after cops swooped, Prince Andrew was seen driving down the Long Walk in his Range Rover with a protection officer.

He was set to drive from his Royal Lodge home three miles away into the castle through Cambridge Gate but was diverted to another entrance.

Security at Windsor Castle was beefed up after self-styled “comedy terrorist” Aaron Barschak managed to get into Prince William’s 21st birthday party in 2003.

A new security review will now take place as a matter of routine. 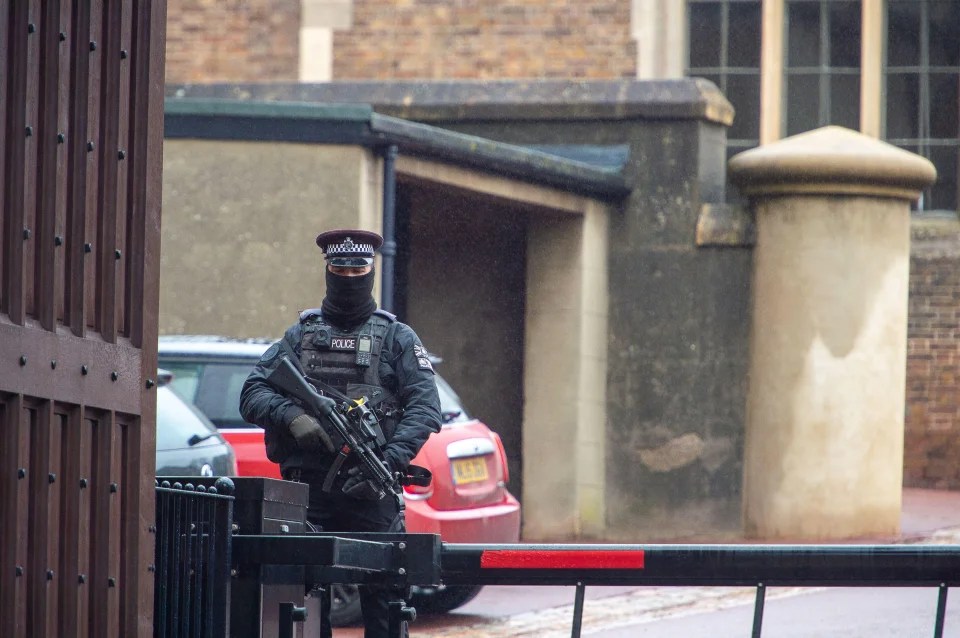 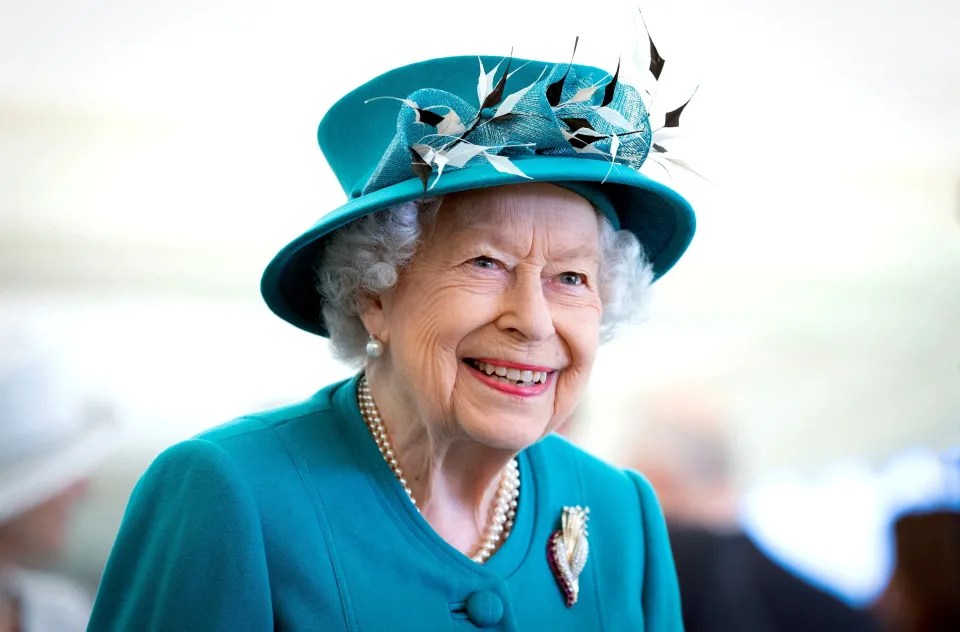 Weapon sold on Amazon for £60

CROSSBOWS can be easily bought online from sites such as Amazon — despite being used in a spate of killings.

It is not illegal to own one in the UK and, unlike with firearms, a licence or registration is not needed for purchase.

The Crossbows Act 1987 stipulates no one under 18 can buy or hire one and anyone caught selling one to a minor can face up to six months in prison or a fine.

They are used in archery at target ranges.

Mini crossbows with 6.3 inch aluminium bolts can be bought on Amazon for as little as £60.13.

More powerful versions with draw weights of up to 185lb can be bought for about £500 from specialist archery shops.

Earlier this year, double killer Saghawat Ramzan was jailed for 33 years for murdering his own brother and a rival gang member with a crossbow.

In 2018, Anthony Lawrence killed his neighbour and injured a pregnant woman with a crossbow he had altered to make the bolts lethal.

Bradford serial killer Stephen Shaun Griffiths called himself the Ccrossbow Cannibal in court after fatally shooting a victim with one.

There is no evidence to suggest Amazon sold the crossbow held in the video by the suspected Palace intruder.