Home » Desperate weirdo, 32, leaves creepy note in 200 letterboxes seeking a woman to produce an 'heir' as his girlfriend is 74

A DESPERATE weirdo left creepy notes in 200 letterboxes seeking a woman to produce an "heir" because his girlfriend is 74 years old.

The 32-year-old Australian man decided to detail his bizarre parenting plan in the notes after having no luck on dating apps. 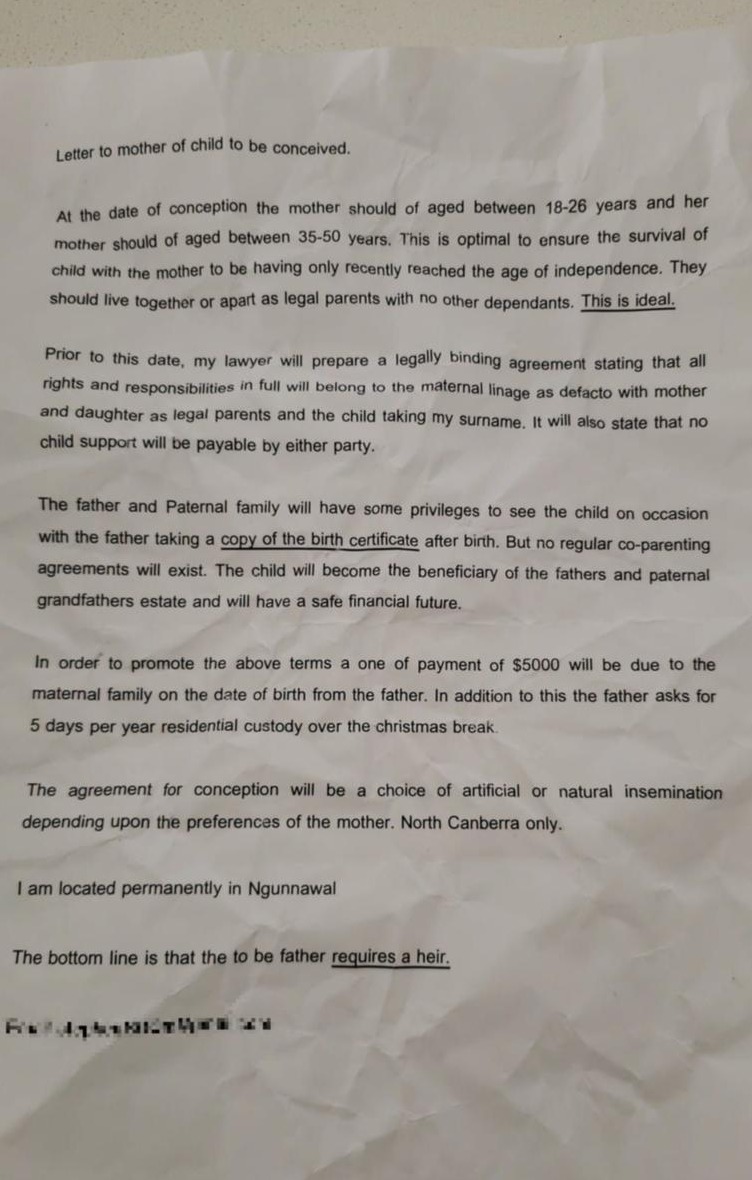 The flyer gives potential surrogate mothers two options to conceive the child – "manual transfer of semen or sex as per her preference".

The anonymous man, from Ngunnawal, Canberra, even offers the mother a one-off payment of $5,000.

The creepy note outlines the main details of the agreement, for example that the surrogate mother needs to be aged between 18 and 26 – which, he claims, would be beneficial for the baby.

The man told 7News that posting flyers could be an "effective" way to find a woman to conceive his child after having no luck on dating apps and parenting websites.

The Ngunnawal man is in a relationship with a 74-year-widow and says he decided to post the notes because of their difference in age – which means his girlfriend cannot have a baby.

But despite his fatherhood desire, he says he does not want to raise the baby and only wants to spend time with them for five days around Christmas.

The man adds that his lawyer would create a "legally binding" contract so he would not have to pay any child support.

But he promises the child will have a "safe financial future" and inherit his family estate following his death. 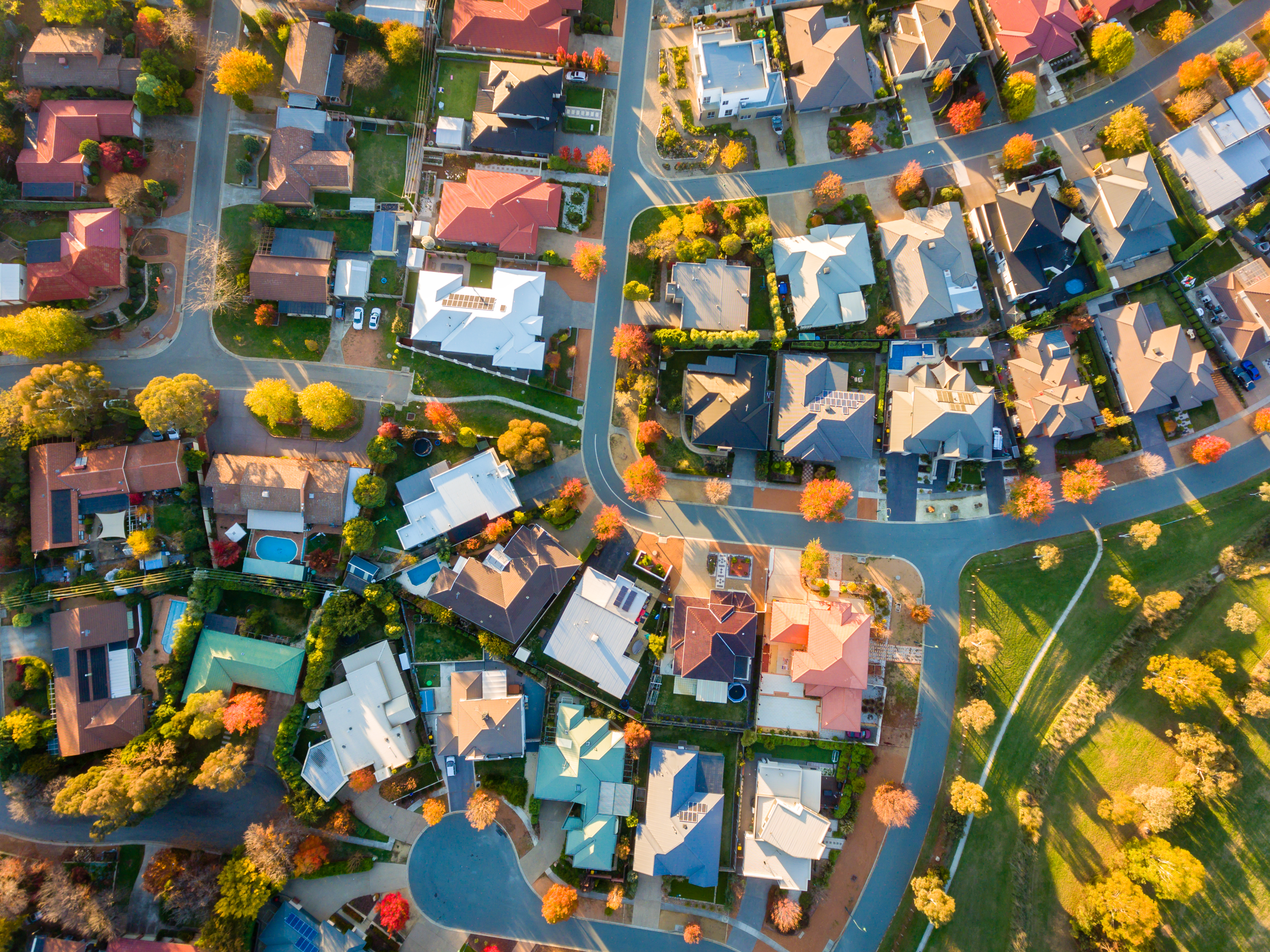 The letter, addressed to "mother of child to be conceived", reads: "The agreement for conception will be a choice of artificial or natural insemination depending upon the preferences of the mother. North Canberra only.

"The bottom line is that the to be father requires a heir."

A woman who found the note in her letterbox was confused and posted a photo of it on Facebook.

A person said: "This is disgusting, so creepy and just awful."

Another joked: "Who said romance was dead?"

Meanwhile, local police are looking into whether the man committed an offence by offering payment for surrogacy.

"The contents are distasteful and the offer of a cash payment for surrogacy may be an offence.

"We expect that anyone who receives such a letter would place it in their recycling bin."

Letter to the mother of the child to be conceived.

Prior to this date, my lawyer will prepare a legally binding agreement stating that all rights and responsibilities in full will belong to the maternal lineage as defacto with mother and daughter as legal parents and the child taking my surname. It will also state that no child support will be payable by either party.

The father and paternal family will have some privileges to see the child on occasion with the father taking a copy of the birth certificate after birth. But no regular co-parenting agreements will exist. The child will become the beneficiary of the fathers and paternal grandfathers estate and will have a safe financial future.

In order to promote the above terms a one of payment of $5000 will be due to the maternal family on the date of birth from the father. In addition to this the father asks for 5 days per year residential custody over the Christmas break.

The agreement for conception will be a choice of artificial or natural insemination depending upon the preferences of the mother. North Canberra only.

The bottom line is that the father to be requires an heir.