BORIS Johnson appeared to almost hold hands with Joe Biden's wife Jill today as the leaders and their partners met ahead of the G7 summit.

The seemingly awkward encounter was caught on camera as the PM's new wife Carrie lingered in the background.

In the clip, the foursome stroll towards the Cornish coastline while talking among themselves.

They stop to admire the view before walking towards the camera, when Boris, without looking over his shoulder, seems to hold out a hand to the American First Lady.

The US President quickly reaches for his wife's hand, while Carrie – who married the PM last month – loiters behind them.

She smiles awkwardly as she tries to work out where to stand before hurrying to catch up with her husband and grabbing his hand.

She told The Sun Online: "This is a shockingly badly choreographed moment at the very start of Biden’s UK visit when all eyes are on the relationship signals between the two world leaders at the G7.

"The plan was clearly to take a stroll along the beach for a photo opportunity, but while the Bidens step together and clasp hands, Carrie is left at the back of the group, apparently ignored by her new husband, who might need to get used to the fact that he now has a wife alongside to share the poses at this summit. 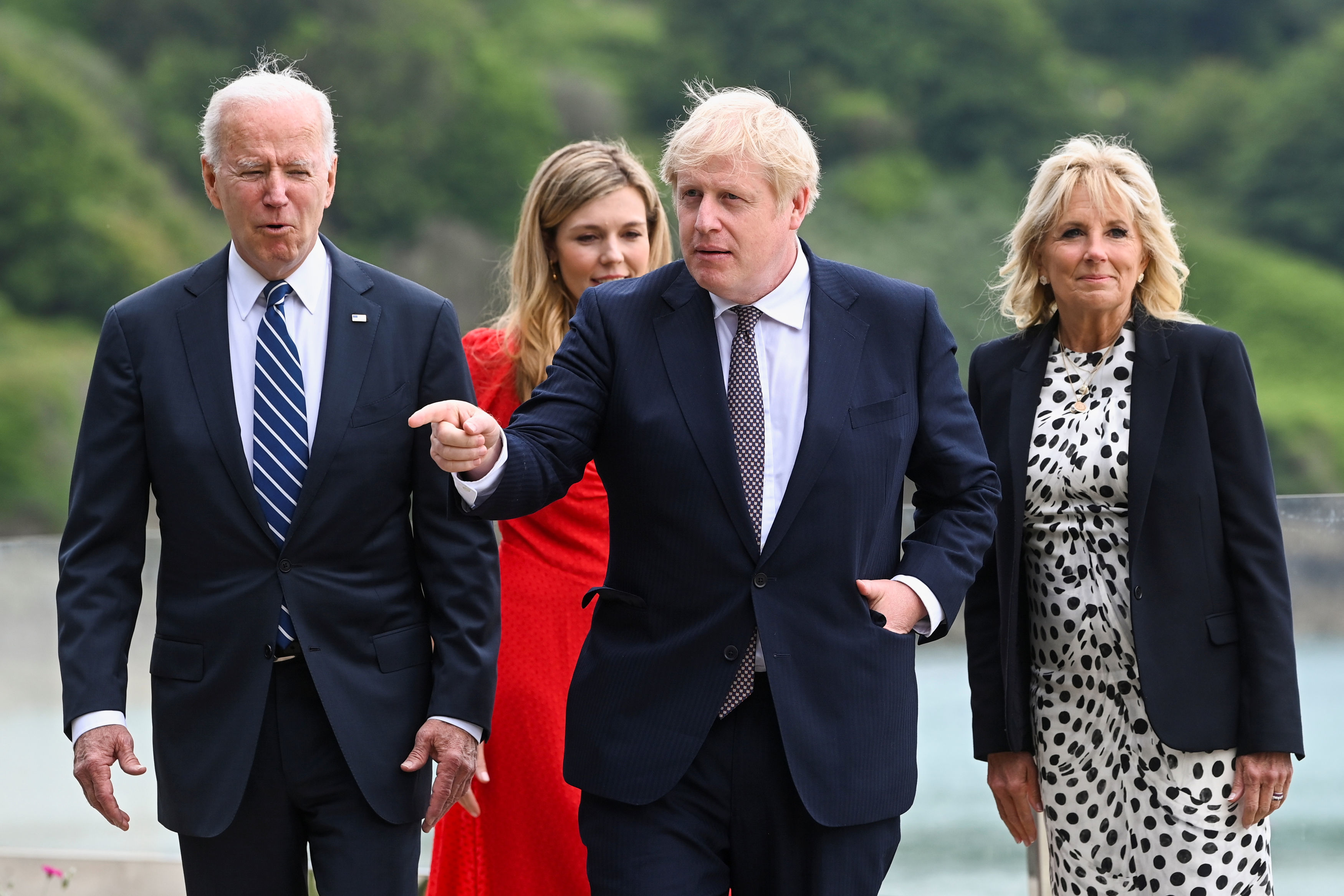 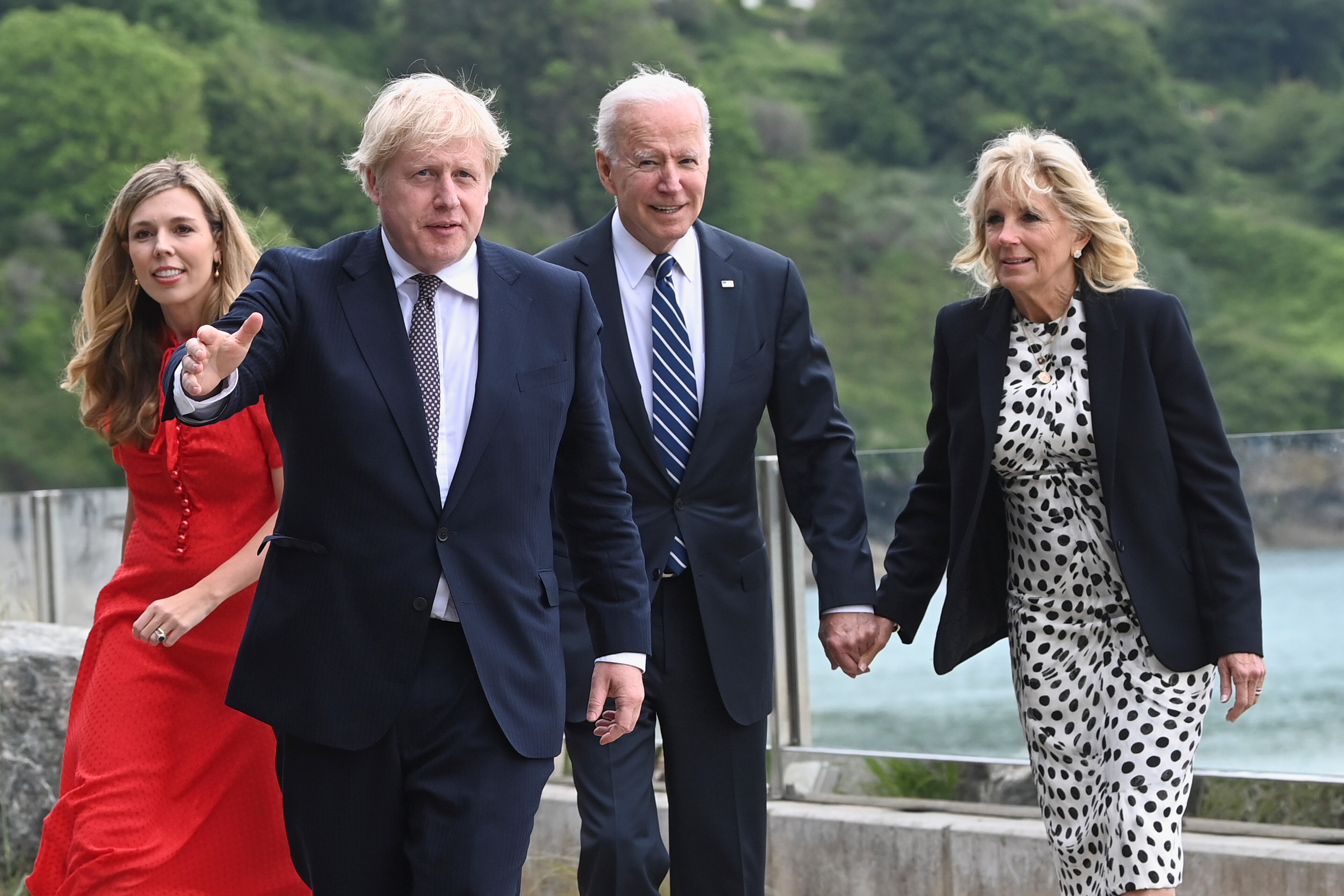 "Carrie’s hair preen gesture and part smile suggests some embarrassment as she darts from one side to another behind Boris.

"In the end she manages to get on the end of the line-up and take his hand firmly but there appears to be a lack of charm in this rather clumsy lack of synchronicity."

And Twitter users agreed, with one calling the near mistake "so awkward".

They added: "Boris Johnson has no interest whatsoever in Carrie, he almost holds hands with Jill Biden instead!"

Another wrote: "Boris is so gonna be in the s*** with Carrie later."

On Friday, Boris will join leaders from Canada, France, Germany, Italy, Japan, and the US when the summit officially gets underway.

Also known as the Group of Seven, these countries are seven of the largest economies of the world.

Together, they represent more than 62 per cent of the global net wealth ($280trillion).

Ahead of today's get-together, Mr Biden vowed to "affirm the special relationship" between the UK and the US.

But privately Biden sensationally accused the PM of "inflaming" tensions in Ireland.

He is expected to address post-Brexit peace with the Prime Minister to ensure that the Good Friday Agreement is protected – as Britain and the EU try to resolve the issue of checks in the Irish Sea. 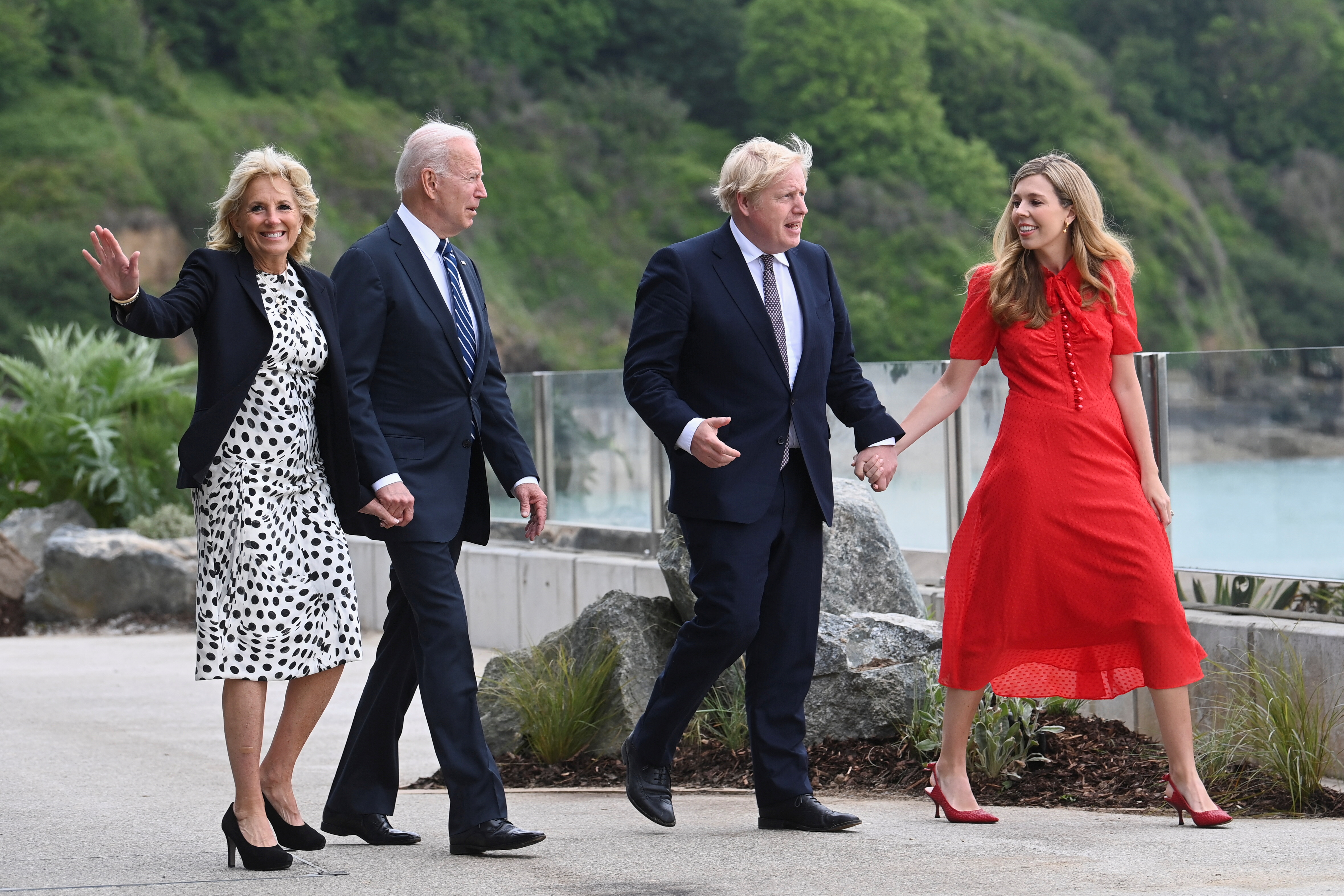