The Lioness banned by football bosses when she was just a cub: How nine-year-old England hero Ellen White was not allowed to play in her local league because she was a GIRL… despite already being in the Arsenal Academy

The Lionesses’ all-time leading goalscorer Ellen White was banned from playing football by her local league when she was aged just nine.

The ban, which at the time was accused as being discriminatory, would not stop her playing football and going on to create history with England as they lifted the Euro 2022 trophy on Sunday.

White, 33, who has been a stalwart of women’s football, started up front against Germany in front of a record-breaking 87,192 fans wearing the iconic number nine on her back.

The Lionesses won the nation’s first major tournament since the men’s win in 1966 with a 2-1 triumph hailed as one for the ages.

But the Aylesbury-born striker, who played a more supportive role in this tournament, was once banned in her local league because she was a girl.

The 1988 front-page of the Bucks Herald, which has resurfaced 34 years on, shows a glum looking White in her Arsenal Academy shirt holding onto a football lying down.

The headline is: ‘Soccer girl banned by league for boys’. A quote from her father, John White, is also highlighted. He said: ‘Ellen is only nine and can’t fathom out why she can’t play football’.

But White would only temporarily be knocked back. She would go on to be one of the most recognisable names in women’s football, not only for her record number of goals but her trademark goggles celebration which has been emulated by young fans across the country. 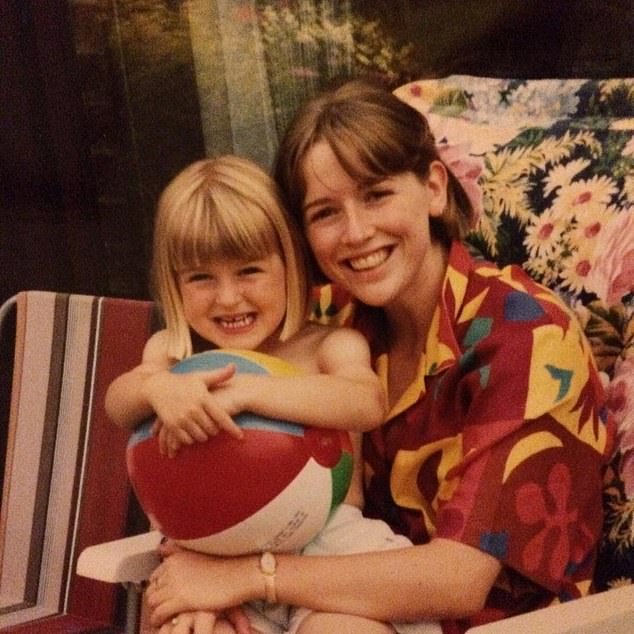 Ellen White, pictured with her aunt Lizzie, was banned from playing in her football league aged nine because she was a girl. She would go on to become the all-time leading Lionesses goalscorer 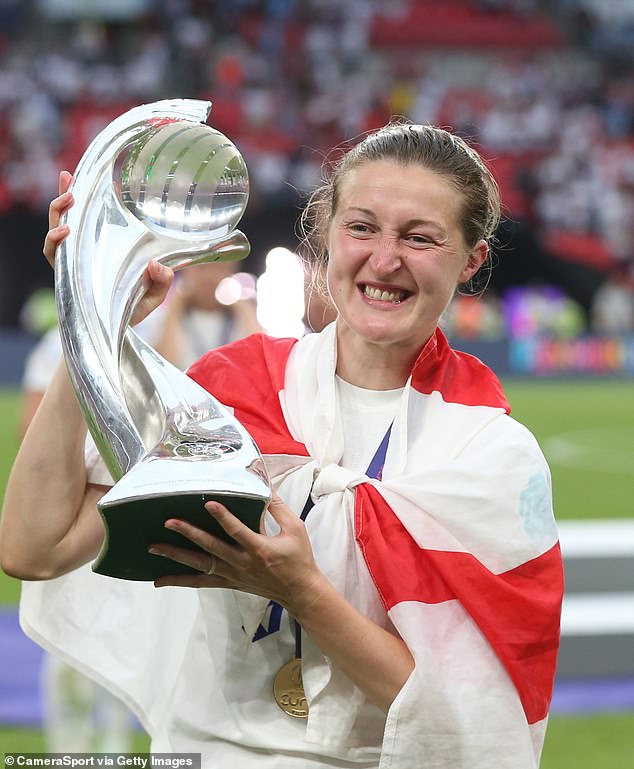 White, 33, wore the number nine shirt for the Lionesses in their 2-1 triumph over Germany to lift the Euro 2022 trophy 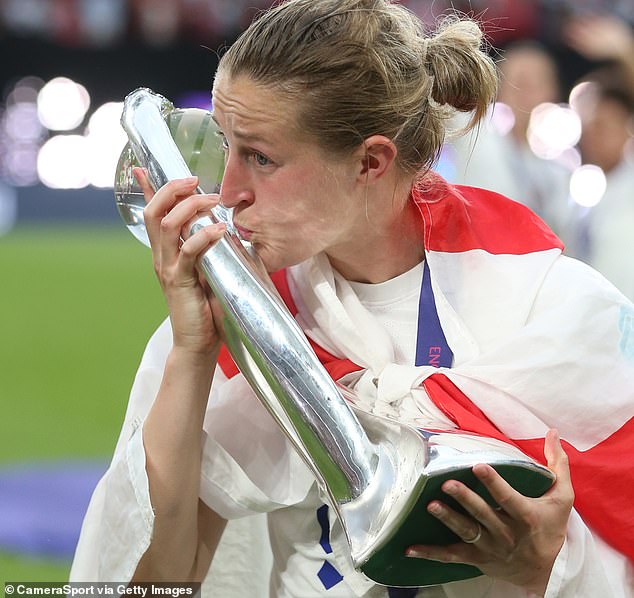 The stalwart of women’s football kisses the silverware in front of a record crowd of more than 87,000 fans

White has previously revealed that the celebration was based off her love of German football where she emulated Anthony Modeste’s goggle celebration after watching him score a late winner for Cologne.

Having scored 52 goals for the Lionesses, she boasts an impressive club history too, having worn the shirt for Chelsea and Arsenal early on in her career and most recently Manchester City.

The unearthed article reveals that White had scored 100 goals in the previous season amid the accusations of sex discrimination after Chiltern Youth League refused her registration. 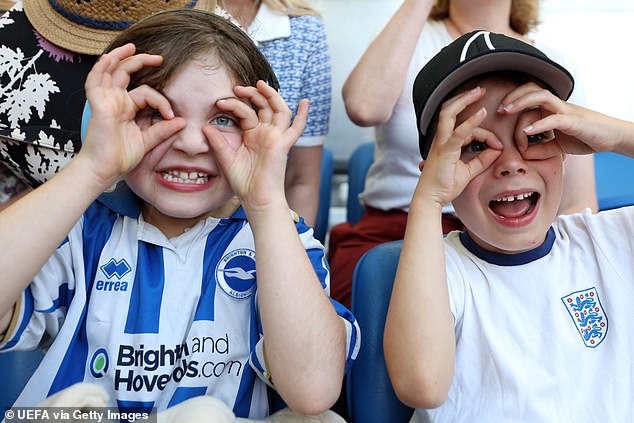 Leading the protest was her father who at the time was chairman of the club that his daughter simply wanted to play football for.

Mr White reveals to the Bucks Herald that his daughter was very upset with the decision. Aylesbury Town’s secretary at the time, Julie Oxley, also shared her outrage, suggesting that the local league were ‘not moving with the times’.

The Chiltern Youth League chairman Chris Davidson is reported as saying that it was not sex discrimination but that there were issues, including mixing changing rooms.

He told the Bucks Herald at the time that the club could appeal the ban to the Bedfordshire FA if they wanted to.  ‘Our league has made the decision and we are standing by it,’ he said.

Football commentator Ollie Bayliss retweeted the historical article and wrote: ‘I remember my junior team playing against Ellen White in 1997 or 98. She put about 8 goals past us and was far and away better than anyone we’d ever played.’

White’s two goals both came in the 8-0 demolition of Norway in their second game of the tournament, leaving her one shy of Wayne Rooney’s 53-goal England men’s record.

She pipped the impressive Alessia Russo to a place in the starting eleven with the Manchester United forward replacing her after 56 minutes.

White’s success with the Lionesses adds to her her two Women’s Super League titles and two FA Cups as well as playing a role in the quarter-final success with Team GB at the London 2012 Olympics.

She would also go to the Tokyo 2020 Olympics where the team suffered further quarter-final heartbreak, with White netting twice.