Rudy Gobert's return to Utah as a member of the Minnesota Timberwolves was bound to be emotional, and it was, just not entirely in a good way.

The former Utah Jazz center played his first game as an opponent at the Vivint Arena on Friday, five months after the mega-deal that sent him to the Twin Cities and seemingly started the Jazz's rebuild in full force. The night had all the trappings of a longtime player return, from the tribute video to the reflections on a nine-season tenure in Salt Lake City.

Gobert opened the game with a dunk, but the controversy came when he closed it with a lay-up.

At that point, the Jazz were up 116-108 with fewer than 10 seconds left. Aggressive defense by Utah ended up leaving Gobert undefended with the ball under the basket. Rather than let time run out on a nice win for Minnesota, Gobert opted to drop in a simple lay-up.

Jazz fans didn't appreciate the move, nor did Malik Beasley, one the many players traded from the Timberwolves in exchange for Gobert. After time expired, Beasley was seen giving Gobert a talking-to until the pair was separated.

oh man now Rudy Gobert drops in a bucket at the buzzer at the end of a decided game against his old team in their gym. Malik Beasley not happy.https://t.co/lvI3b5L3udpic.twitter.com/qsyh1xQSEk

Per Andy Larsen of the Salt Lake Tribune, Beasley criticized Gobert's lay-up after the game:

"Just disrespectful. It's one of the unwritten rules of basketball. I told him that."

Meanwhile, Gobert said he was disappointed the hubbub prevented him from embracing former teammates and coaches, then implied Beasley was looking for attention, via the Tribune's Eric Walden:

“I’ve been taught to play basketball to the last second. For me, there was never any intent to disrespect anybody. These guys who stepped in front of me, they weren’t going to do anything anyway. So, I didn't get to shake hands with my guys. It kind of killed my moment a little bit, but it is what it is. Some guys just want attention.”

Gobert finished the game with 22 points on 8-of-11 shooting with 13 rebounds, helping improve the Timberwolves to 13-12 after a disappointing, and alarming, start to his tenure. The Jazz fell to 15-13, their seventh loss in their last 10 games. 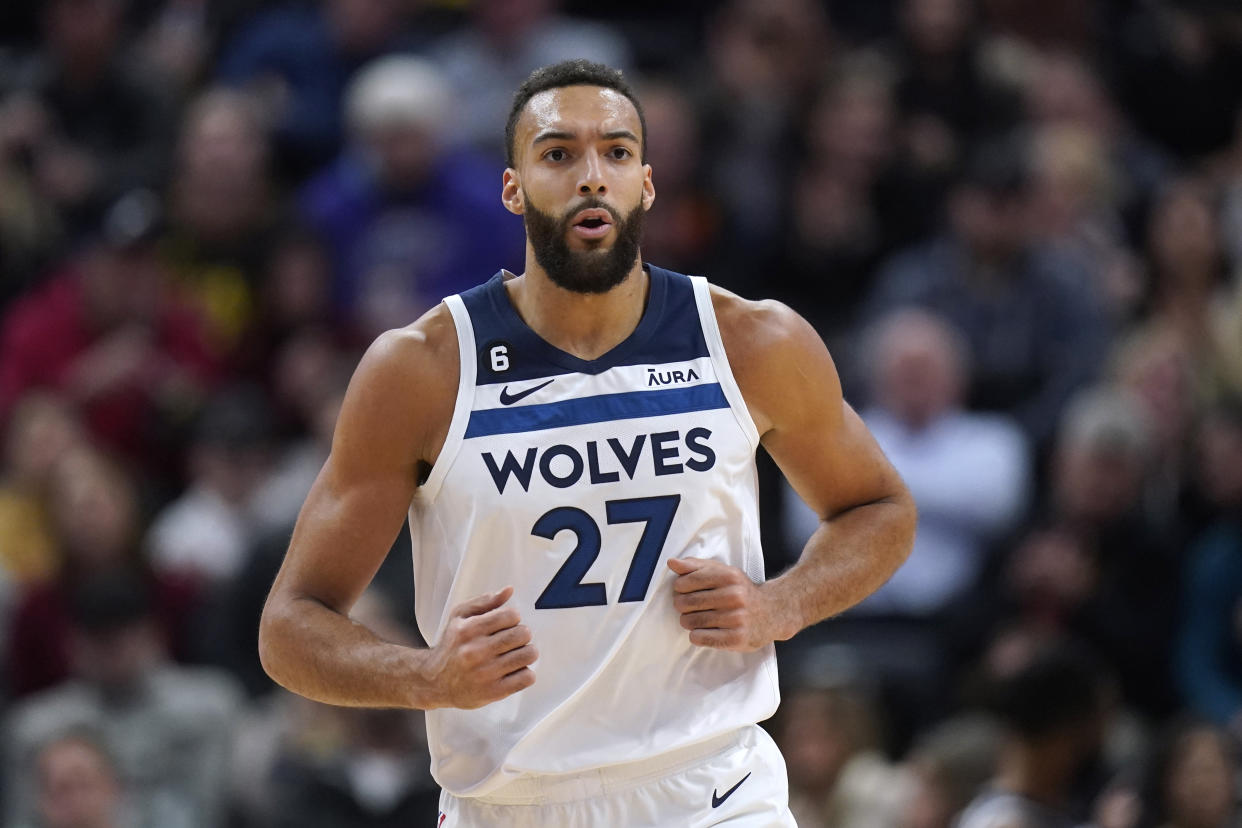