A FISHERMAN who was mauled by a shark has told how the beast “grabbed his arm like a dog grips a bone.”

Brett Highlands narrowly escaped the terrifying attack by plunging a spear into the shark's stomach while diving in Western Australia. 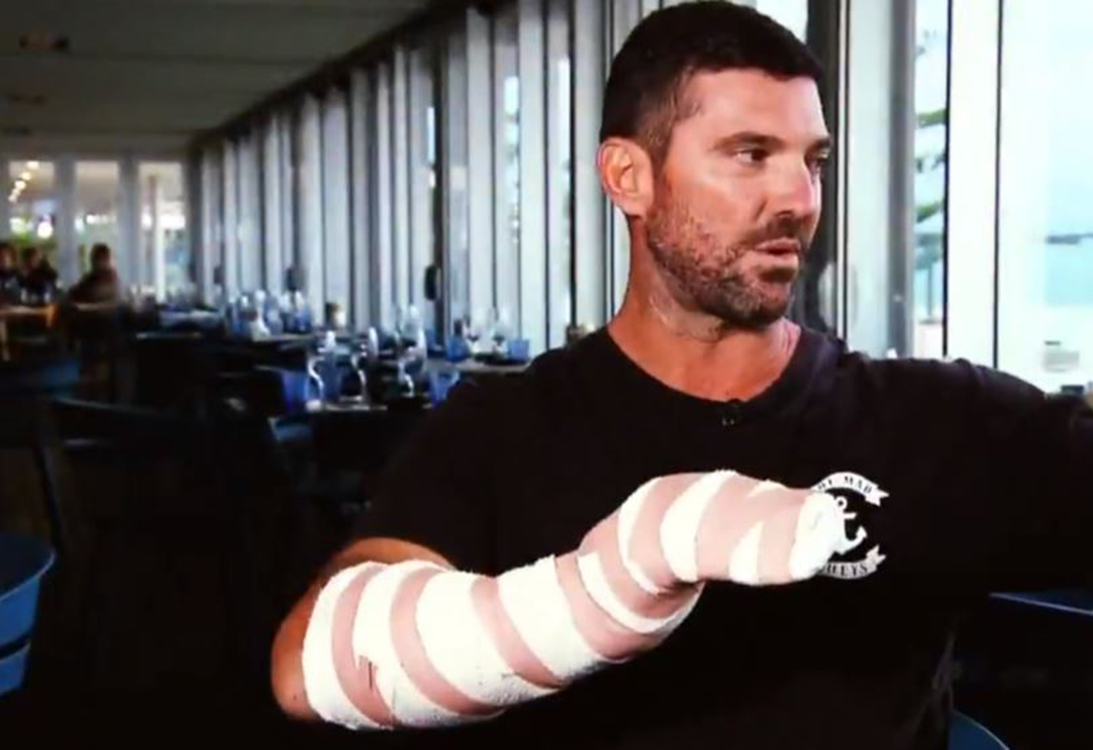 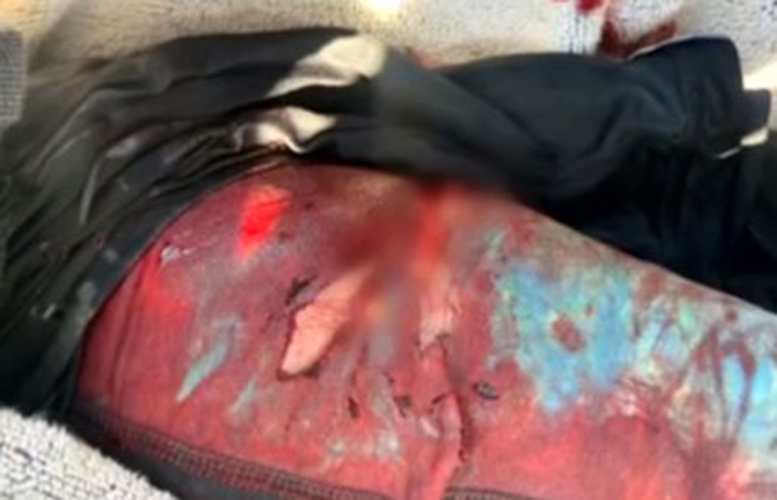 He had been spear-fishing with friends 30 miles from Broome for his 48th birthday when he suddenly became sharkbait.

The shark began with a gentle bite before plunging his teeth into his arm.

Brett told 7News: “I didn’t have a lot of time to think but I do remember thinking oh my god here we go this is it.

“It bit – then it bit again – almost like a dog trying to get a good grip of a bone.

“I just rammed the spear into what I could see was the belly of the shark and it just released straight away and shot off.” 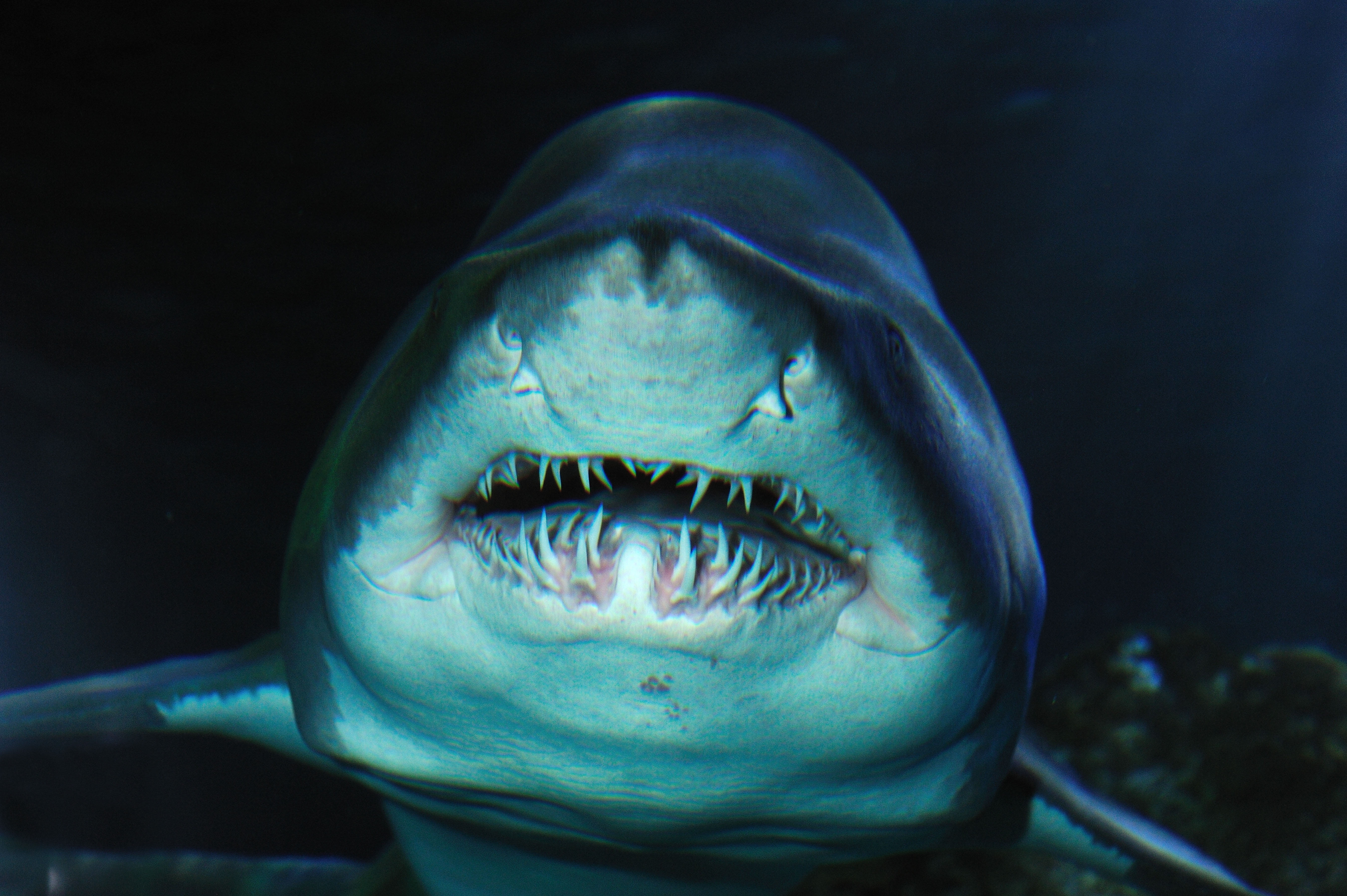 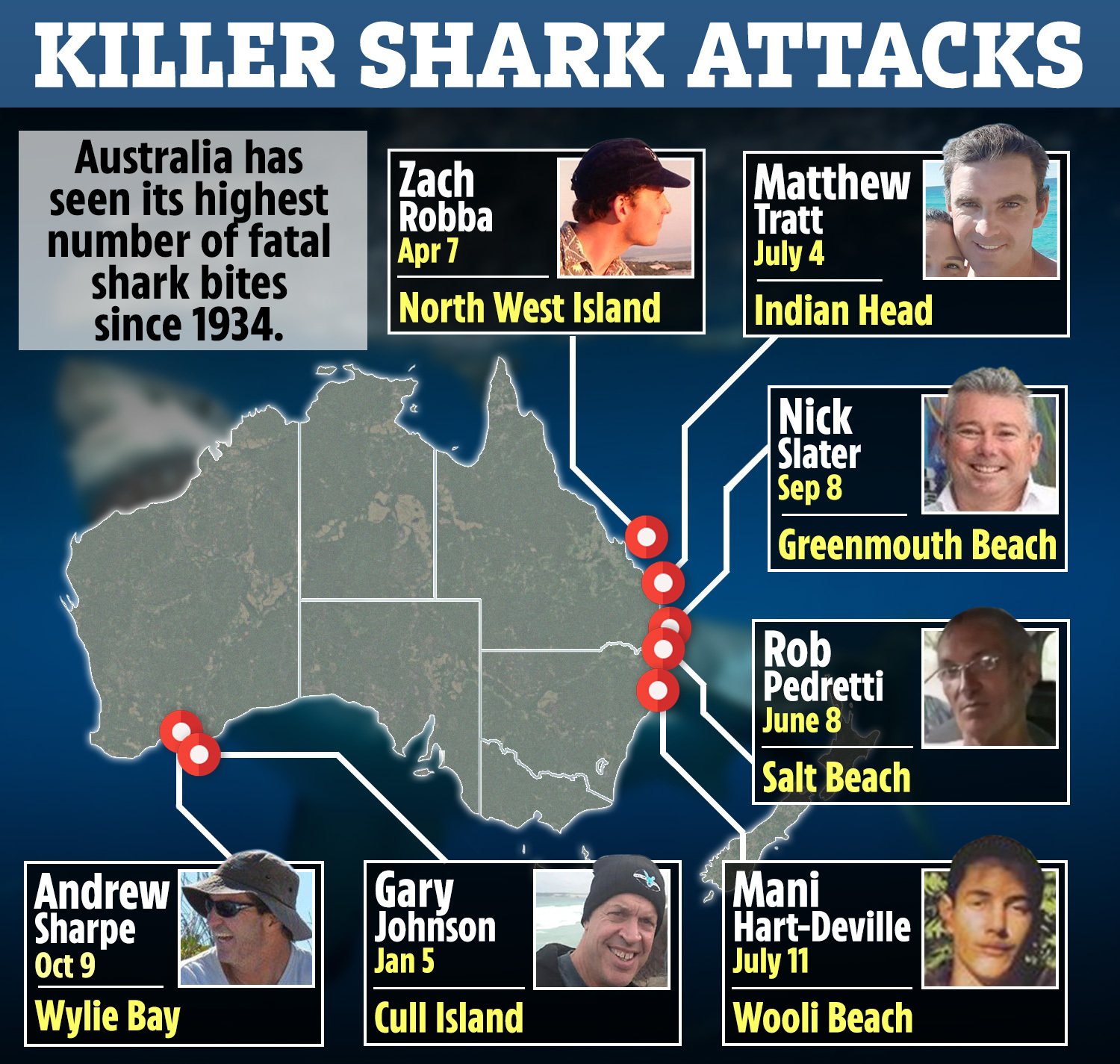 Brett swam for his life back to the boat 80 metres to the boat while blood poured out of his limb.

He added: “Just backstroked, kept looking under the water to see if it’s coming at me.”

His friends used a diving belt as a tourniquet for the half-hour ride to Broome.

There they were met by emergency services, on the beach before being flown to Perth for surgery. 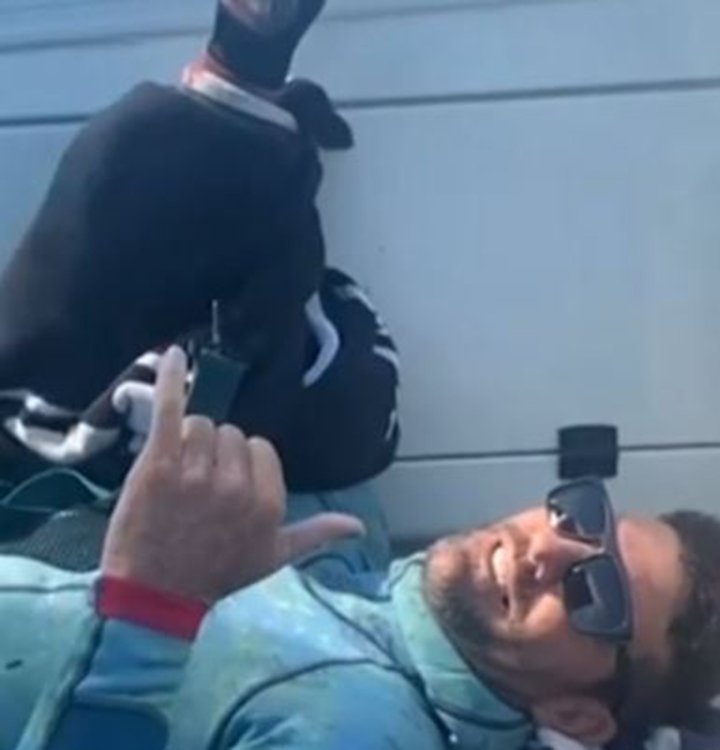 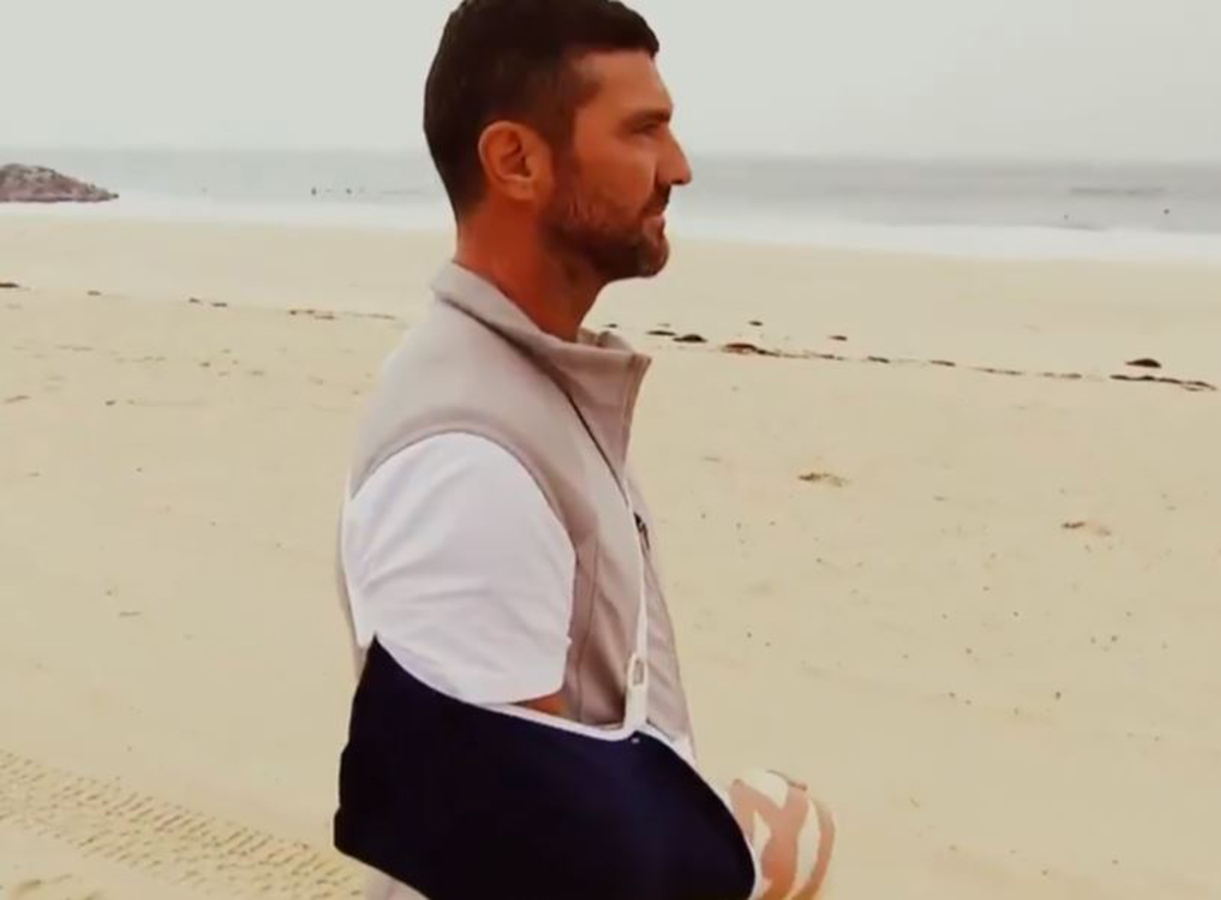 Brett continued: “I’ll say the story will get bigger – that shark will be six metres by the time I’m a grandpa.”

“Sometimes they say things happen for a reason and I’d broken my spear gun only ten minutes before that so I should’ve just finished my dive and got out of the water.

“We all know the dangers when we get in the water, it’s their territory. But we choose to do it.”

Yesterday in Sydeny, a memorial will took place on Palm Beach for a surfer who wasn’t as lucky as Brett.

Mark Sanguinetti, 59, from Sydney, Australia, was fatally bitten by a shark on his upper right thigh while out in the water with his three pals – who he heroically tried to alert to the danger before he was attacked.

Sanguinetti's final moments were seen by one witness, Daryl, who described what happened on Tuesday morning.

"The shark came out of the water, just smashed him, five seconds later he came round and hit him again," the horrified witness told 7News.

His surfboard was damaged as the shark struck, which will be forensically examined to help confirm the type of shark it was.