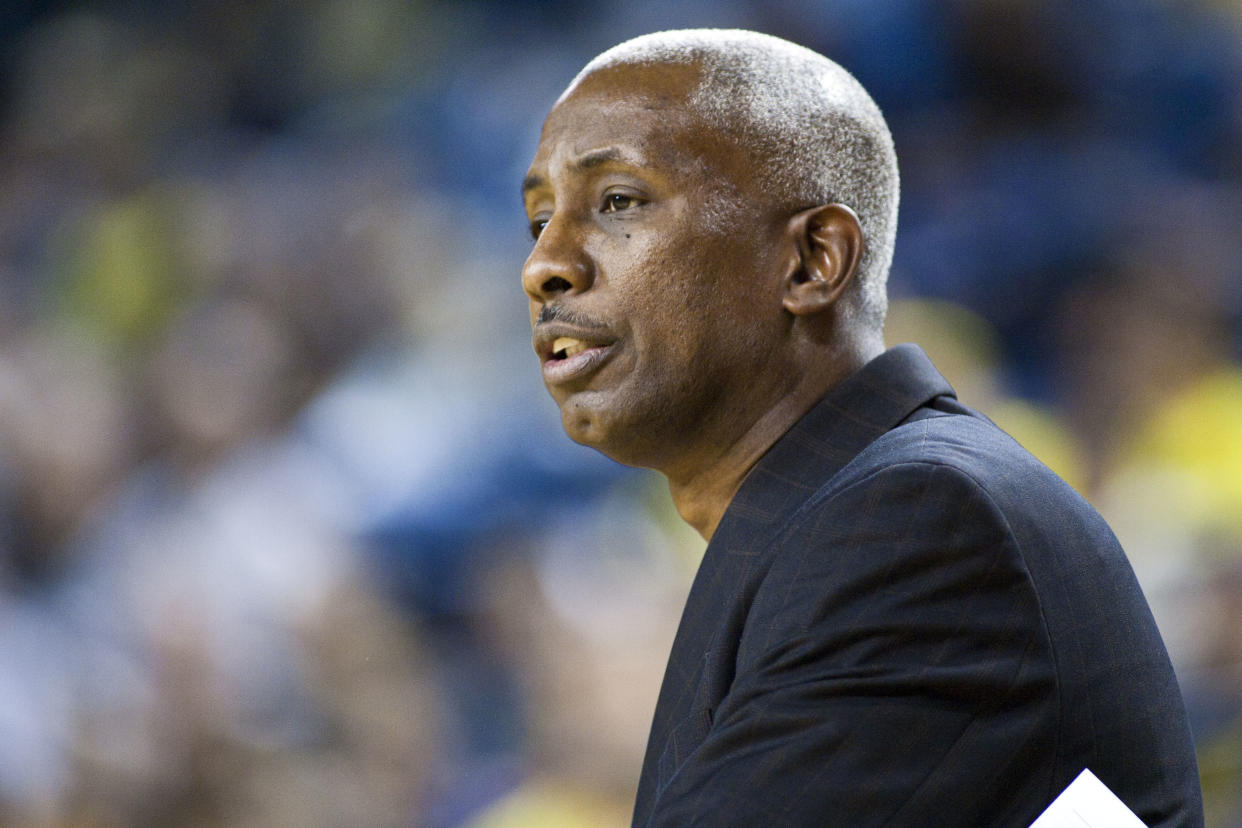 Orr spent eight seasons in the NBA after an impressive run at Syracuse, where he was on coach Jim Boeheim’s first team with the Orange. Orr went 100-18 over his four seasons with Boeheim, and averaged 12.8 points and 3.4 rebounds while reaching the NCAA tournament four straight times. He finished with 1,487 career points.

We mourn the loss of an Orange legend – a player, a coach, and most importantly a great person who made everyone around him better.

Louis Orr's memory will live in our hearts forever, and especially whenever we look up and see his No. 55 in the Dome rafters. pic.twitter.com/X6KnKSfpQP

The Indiana Pacers selected Orr with the No. 29 overall pick in the 1980 draft. He spent his first two seasons there before landing with the Knicks in 1982, playing the final six seasons of his career there before retiring in 1988. He averaged 9.7 points and 3.7 rebounds in 569 career games, and helped the Knicks reach the Eastern Conference semifinals twice.

His coaching career started at Siena in 2000, where he won the MAAC conference title right away. He then jumped to Seton Hall for five seasons. There he made the NCAA tournament twice, though he was fired after his fifth season following a loss in the tournament.

We are saddened about the passing of Louis Orr, a true gentleman and our @SetonHallMBB head coach for 5 years. We extend our deepest condolences to his wife Yvette & the entire Orr Family.#HALLinpic.twitter.com/1sr6rpvGLJ

He most recently spent seven seasons at Bowling Green State, where he won the MAC conference title once. In total, Orr had an even 201-201 coaching record.

He’s worked as an assistant at Georgetown ever since under former Knicks teammate Patrick Ewing.

Louis Orr will be truly missed and he will forever be part of this Hoya program.

“Louis Orr will be truly missed and he will forever be part of this Hoya program.”