Home » World News » Girl, 9, fights off robber by punching him in the face

‘I had to save my mom’: Florida girl, 9, fights off robber by punching him in the face after he attacked her mother and tried to steal her purse in supermarket parking lot

A nine-year-old girl who fought off a robber by punching him in the face after he attached her mother and tried to steal her purse is being honored for her bravery by Florida police who say they’re proud of her crime-fighting actions.

Journee Nelson and her mom, Danielle Mobley, were running errands in West Palm Beach on November 2 when they were attacked outside Sabor Tropical Supermarket.

Surveillance footage shows a man lunging toward Mobley as the two return to their parked car.

Without hesitation, little Journee races to the aid of her mom, pummeling the thief as he tries to steal the woman’s purse. 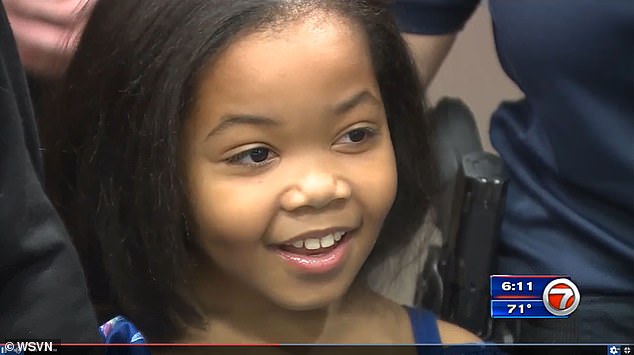 Journee Nelson is being hailed a hero after she attacked a robber who was trying to steal her mom’s purse in the parking lot of a West Palm Beach, Florida, grocery store

Chief Frank Adderley said during a press conference Thursday that while he wouldn’t recommend confronting criminals, the girl’s actions were understandable during the heat of the moment.

‘I bet he was shocked when she hit him right on the face,’ Adderly told reporters. ‘You definitely could tell on the video tape he was not expecting that. Her actions were perfect timing in this particular situation.

‘I think she hit him pretty hard.’ 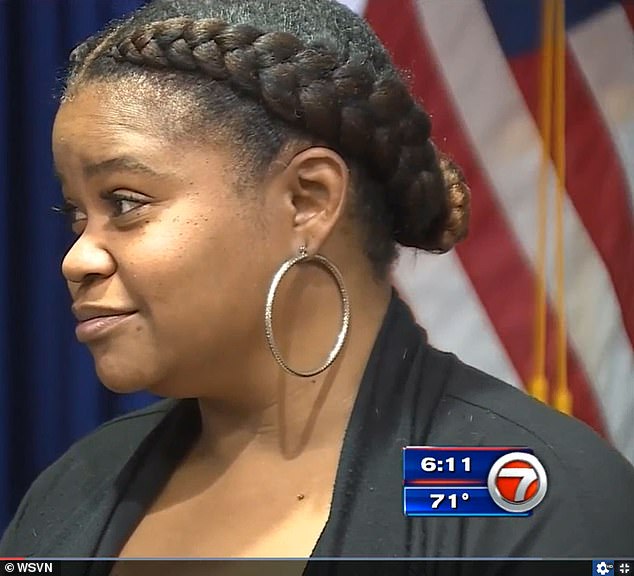 Danielle Mobley said she was proud of her daughter’s quick thinking, and added the little girl chased after the robber after he snatched her purse 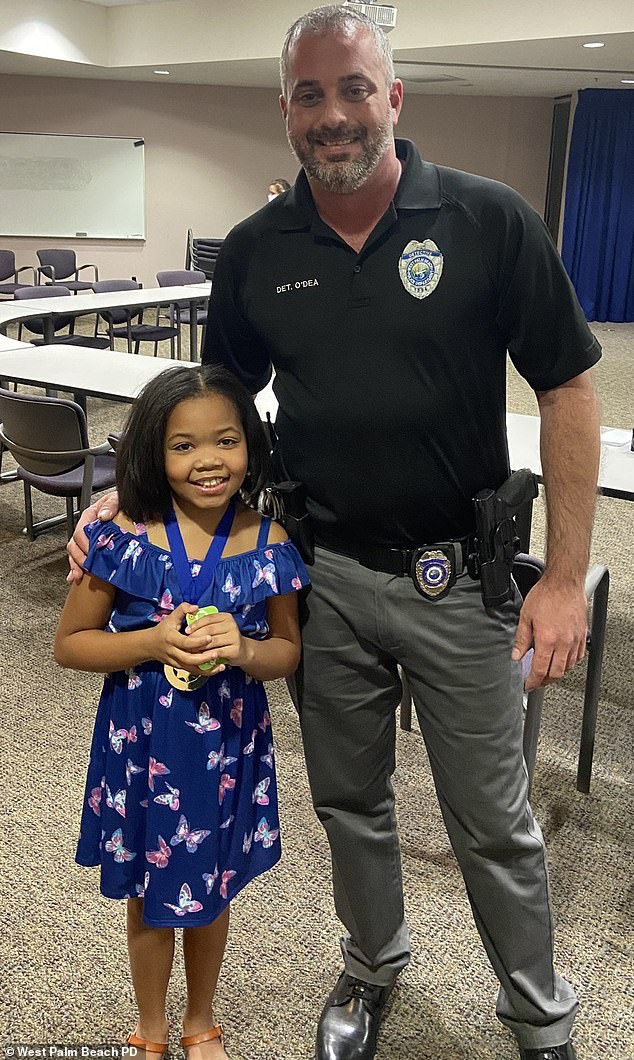 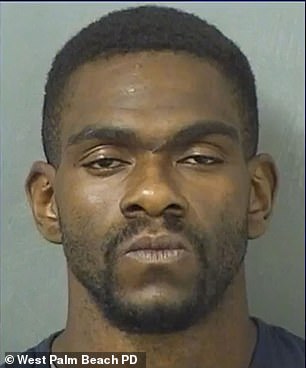 Demetrius Jackson, 29, was arrested and charged with robbery and battery

Police her heroic actions during the brazen daytime robbery with a certificate of bravery and Target gift card.

Her mom told reporters that Journee stepped in to help shortly after the robber knocked her to the ground.

‘I’m very proud of her, that [helping] was her initial reaction,’ Mobley said. ‘I wish things could be a little different because she is still dealing with this mentally.’

She said Journee chased the man down the block as he made off with her purse.

‘She actually jumped up and chased him four houses down the block with me chasing her, calling her back,’ her mom said.

It contained a cell phone, gum, bank cards, a Coach wallet and $40, according to an arrest affidavit obtained by Yahoo.

Police arrested and charged Demetrius Jackson, 29, with robbery and battery two days after the incident.