Glasgow City Council is suing a bus company over the reference it gave an ex-driver who fell asleep at the wheel of a bin lorry before it mowed down and killed six people in 2014.

Lawyers for the Scottish council claim First Bus failed to tell them Harry Clarke had previously lost consciousness at the wheel of a stationary bus in April 2010.

Mr Clarke later collapsed while driving a bin lorry which ran out of control, crashed into pedestrians and killed six people days before Christmas in December 2014.

The former bus driver, who did not face charges over the deadly crash, had worked for First Bus before securing a role with Glasgow City Council.

During an initial hearing at the Court of Session in Edinburgh today, Roddy Dunlop QC, representing First Bus, told the court he would not focus heavily on the issue of automatism. 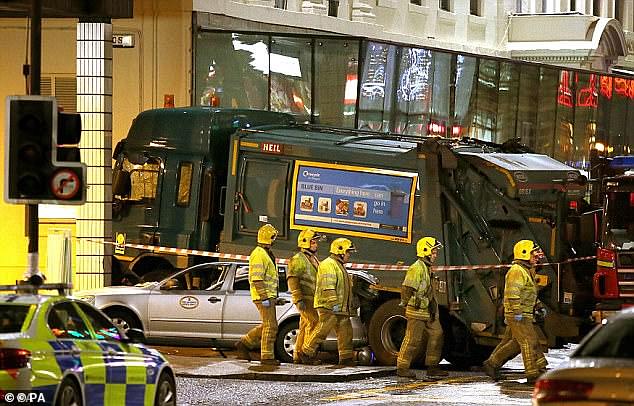 Harry Clarke collapsed while at the wheel of a bin lorry which ran out of control, crashed into pedestrians and killed six people days before Christmas in December 2014. Pictured: The scene

He added: ‘My point is a simpler one and it’s this – the pursuers must prove the reasonableness of the settlement and the defenders are entitled to test the evidence in that regard.

‘So that is the sum and substance of the line and it will not be advanced further.’

Andrew Smith QC, representing the local authority, agreed with Mr Dunlop that no meeting of the two parties should take place before the full hearing as they had ‘polarised positions’ on the issue.

Judge Lord Ericht has set a six-day hearing for September 28.

The hearing, which will explore whether First Bus acted negligently by failing to provide a thorough reference for Mr Clarke, was postponed in January after Glasgow City Council tried to lodge a legal document at the last minute.

Judge Ericht had criticised Scotland’s largest local authority over the delay, describing its conduct as ‘extremely unsatisfactory,’ the BBC reported.

He said: ‘It appears from what I have just heard that a council employee has been aware of the full spreadsheet since July. 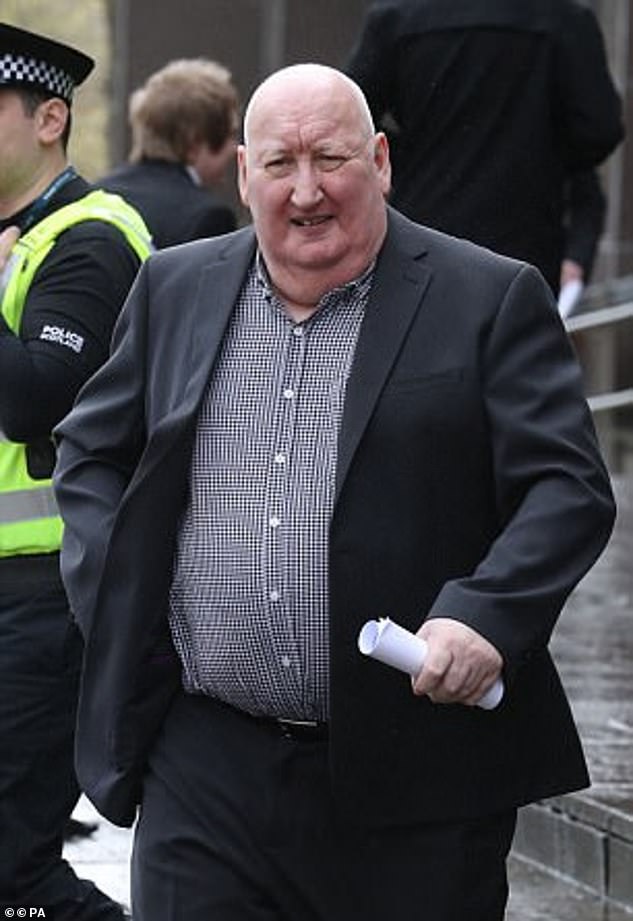 Glasgow City Council is suing First Bus, the former employers of Harry Clarke, over the job reference the firm provided before he took on a refuse collector role with the authority. Pictured: Harry Clarke 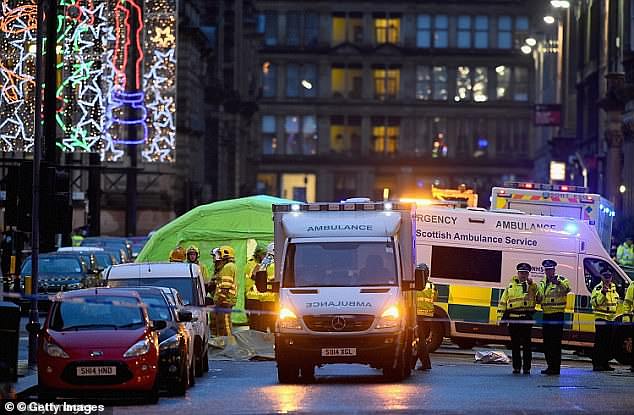 The hearing was previously postponed in January after Glasgow City Council tried to lodge a legal document at the last minute. Pictured: The scene

‘It is simply not acceptable not to prepare for a Court of Session proof properly on the basis of pressure of other work.’

The local authority is seeking a total of £446,012 from First Glasgow.

Mr Clarke had a history of health issues dating back to the 1970s – including the previous blackout – but had not disclosed his medical background to his employers or the DVLA.

Erin McQuade, 18, and her grandparents Jack Sweeney, 68, and Lorraine Sweeney, 69, from Dumbarton; Stephenie Tait, 29, and Jacqueline Morton, 51, both from Glasgow; and Gillian Ewing, 52, from Edinburgh, died in the crash in December 2014.

A further 15 people were injured when the Glasgow City Council truck veered out of control.

It travelled along the pavement in Queen Street before crashing into the side of the Millennium Hotel in George Square.

An inquiry into the incident held in 2015 heard the tragedy took just 19 seconds to unfold.

During the course of the incident, numerous members of the public saw Mr Clarke unconscious and slumped forward in the driver’s seat. 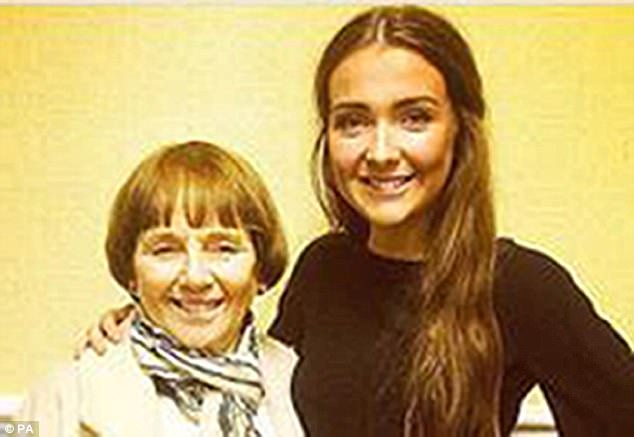 Lorraine Sweeney, 69, and her granddaughter Erin McQuade, 19, were among the six killed 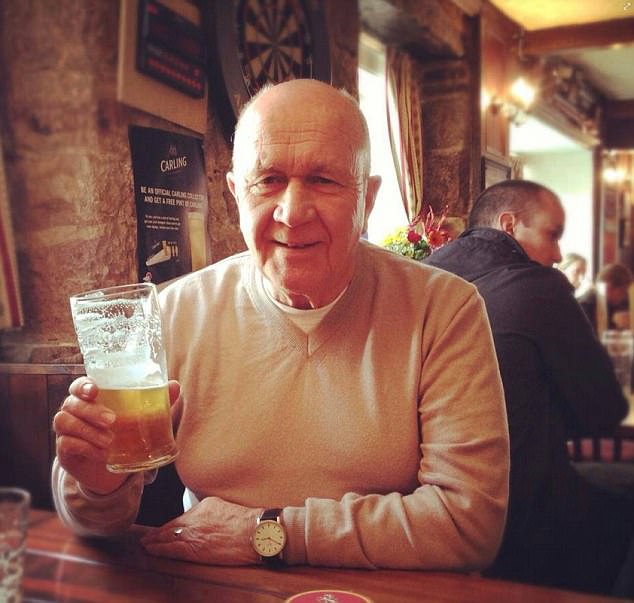 Grandfather Jack Sweeney, 68, was also killed when Mr Clarke’s lorry ran out of control in 2014

Sheriff John Beckett QC, who chaired the inquiry, ruled the crash might have been avoided if Mr Clarke had told the truth about his medical history.

The court heard Mr Clarke also knew he had suffered a loss of consciousness or an episode of altered awareness while at the wheel of a stationary bus on April 7, 2010.

In a rare legal move, relatives of three crash victims had sought permission from senior judges to bring charges against him in a private prosecution.

However, judges at the Appeal Court in Edinburgh ruled in November 2018 the family could not launch a private prosecution.

Mr Clarke’s licence was revoked by the DVLA on medical grounds in June 2015 after they became aware of the incident in 2010 in addition to the incident in December 2014.

Mr Clarke was originally charged with three other road traffic offences relating to insurance and licence matters. However, his not guilty pleas were accepted by the Crown.

Speaking in December 2019, Mr Clarke described his ‘devastation’ over the tragedy and said ‘not a day goes by’ when he does not think about the crash and those who died.

He added: ‘I am devastated at what happened. There’s all these poor people that are not here and those who were injured.

‘It has been made out that I don’t care about what happened. There’s not a day goes by I don’t think about it.

‘I’m sorry for the part I played in 2014. It was an accident. If I thought for a minute it was all my fault I’d jump off a bridge.’

Timeline: How the bin lorry crash was handled by authorities

April 7, 2010 – Clarke suffers ‘loss of consciousness’ while at the wheel of a stationary First Bus while working for the company. A report later found he ‘deliberately misled’ doctors about what had happened to him.

December 22, 2014 – Clarke suffers a loss of consciousness at the wheel of a bin lorry, crashing onto the pavement and killing six people in Glasgow.

December 23, 2014 – The day after the crash, a meeting between the police, the Crown Office, the Health and Safety Executive decide the incident will be treated as a road traffic accident.

February 25, 2015 – Scottish prosecutors announce Clarke will not face charges over the crash.

September 20, 2015 – Gets back behind the wheel of his car in Glasgow and is reported to police by a neighbour.

December 7, 2015 – Fatal accident inquiry concludes Clarke lost consciousness at the wheel of the bin lorry and had a history of health issues, but had not disclosed his medical background to his employers or the DVLA.

March 31, 2017 – Clarke avoids jail for charge of culpably and recklessly driving his car. He is banned from the road for three years.

January 12, 2021 –  Hearing into whether First Bus acted negligently by failing to provide an accurate reference for Mr Clarke postponed.