GP who prays for his patients refutes NHS chiefs’ ‘outrageous attempt at humiliation’ as he is ordered to attend an £1,800 education course designed for alleged sex-pest doctors (despite being CLEARED by a separate watchdog probe)

A GP who offers to pray for patients has been ordered by NHS bosses to attend an education course designed for doctors facing allegations of having sex with patients.

Dr Richard Scott, 62, who is not accused of sexual misconduct or inappropriate physical contact with patients, refused to undergo the three-day ‘maintaining professional boundaries’ course, accusing health chiefs of an ‘outrageous’ attempt to ‘humiliate’ him.

He faces losing his job amid the row over his practice of offering ‘spiritual care’ to patients suffering from depression, anxiety or addiction.

In 2019 the National Secular Society complained that a ‘highly vulnerable’ patient ‘felt discomfort at the use of prayer’ by Dr Scott, of Bethesda Medical Centre in Margate, Kent.

GMC guidance advises doctors: ‘You may talk about your own personal beliefs only if a patient asks you directly about them.’

Despite being cleared after a General Medical Council (GMC) probe, NHS England continued a separate inquiry and ordered him to go on the £1,800 course at his own expense. 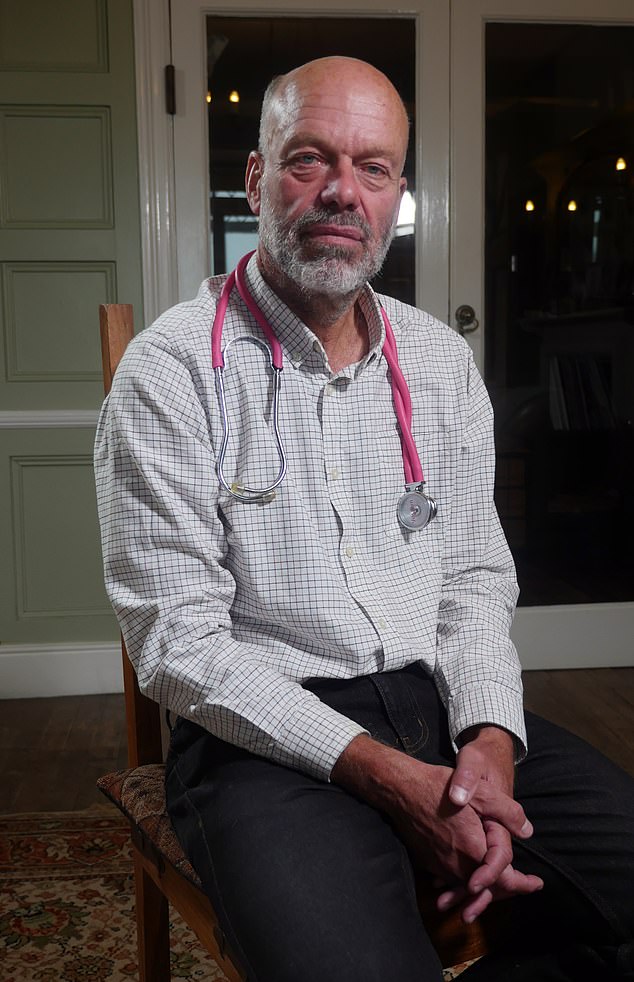 Dr Richard Scott, 62, who offers prays for his patients was ‘outraged’ after he was ordered by NHS bosses to attend an education course designed for’sexual miscreants’ – in his words

Dr Scott said: ‘It was essentially aimed at sexual miscreants. There was nothing that I could see was relevant to me. I was outraged.’

NHS England says the course is applicable as it covers a ‘wide range of professional boundaries’.

A tribunal will hear Dr Scott’s appeal tomorrow. Andrea Williams, chief executive of the Christian Legal Centre, which is supporting Dr Scott, said: ‘What business is it of NHS England to subject this hard-working doctor to intimidating investigations all to try and put an end to him offering prayer to his patients?’

Stephen Evans, chief executive of the National Secular Society, said: ‘Consultations should be patient-centred, rather than driven by a doctor’s religious agenda.’