Grandmother, 73, is forced to CANCEL holiday to Berlin because a computer glitch meant the two jabs she received in England didn’t appear on her NHS Scotland record

A grandmother was forced to cancel her holiday losing £400 because she couldn’t prove her vaccination status in Scotland after getting both jabs in England.

Hazel Freedman, 73, lost £400 on a deposit and has been left with no idea when she can see her family in Germany due to a computer glitch which meant her Covid vaccinations are missing from her NHS Scotland record.

Hazel received both her Covid vaccinations at an NHS primary care clinic in Pudsey, West Yorkshire, in January and March after being forced to live with her partner in Leeds due to lockdown restrictions. 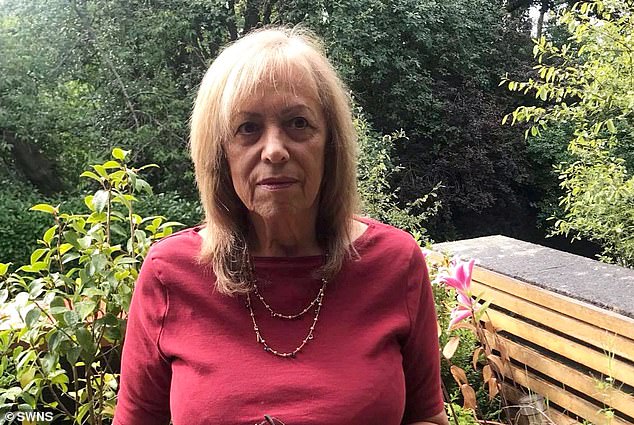 Hazel Freedman, 73, can’t visit her grandchildren in Germany until the computer glitch is resolved and her vaccines from a clinic in West Yorkshire recognised on her NHS Scotland record

When Hazel returned to her home in Newton Mearns in East Renfrewshire, she was unable to get the details uploaded onto her NHS Scotland record – making it impossible to obtain the vaccine status certificate needed for international travel.

Hazel, who owns a jewellery business, was due to go on a Channel Islands cruise with her partner in August but was forced to cancel as passengers have to provide proof of vaccination in order to board – losing a £400 deposit as a result.

Helplines both sides of the border have been unable to resolve the issue, which appears to be linked to paperwork from the Pudsey clinic not being able to be uploaded to England’s database because her Scottish NHS number was not recognised.

On Monday (August 2) the practice manager at Hazel’s GP surgery in Clarkston, East Renfrewshire, said they had received new information indicating that they could update her GP record, but still remained unable to update the database needed for a vaccine certificate.

She has now been advised to get an English GP to resolve the issue – which would result in her losing the Scottish doctor she has had for the past 30 years.

Hazel says she is ‘bursting into tears’ as she has no idea when she will be able to fly out to Berlin to visit her three grandchildren.

Hazel said: ‘The cruise liner won’t let me on with what I’ve got.

‘What was suggested was that I get an NHS England GP instead, losing my Scottish doctor that I’ve had for more than 30 years, and then a couple of months down the line from that they’ll get me an NHS England number and upload the vaccine information that way. 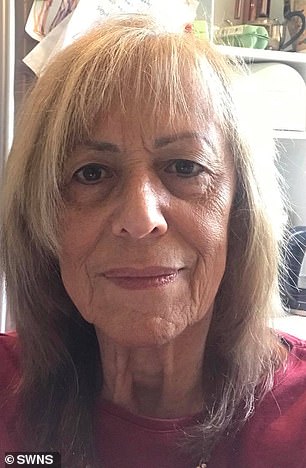 Hazel was told she would have to give up her Scottish GP, who she’s been seeing for more than 30 years, and get an English GP to resolve the computer glitch

‘I end up bursting into tears every so often because I have three grandchildren, they all live in Berlin, they’re all under 12, and I can’t get to see them.

Following a number of cases of people vaccinated in England being unable to verify their status in Scotland, the Scottish Government has signed a £600,000 deal with Netcompany to replace the current paper-based certificates with a digital app from next month.

Netcompany are the IT firm behind Denmark’s Coronapass, and it is unclear whether the app will resolve underlying issues with incorrect or missing patient details if the information is drawn from the same centralised database.

Government officials are considering whether to require proof of vaccination for entry into some domestic venues, as well as for overseas travel.

A Scottish Government spokesman said: ‘We are working at pace to align vaccination records from different nations of the UK and have a process in place for sharing data between England and Scotland.

‘Any suspected issues in a person’s Covid vaccination record should be reported to the vaccinations status helpline on 0808 196 8565. All errors will be resolved as soon as possible.’