A HEALTHY California mom was shocked to find out the bump on her tongue was not just a nasty bruise from biting her tongue in her sleep but was actually tongue cancer.

Jamie Powell, 37, woke up one December 2019 morning thinking she bit her tongue in her sleep – but after two weeks had passed and the bump grew larger, she began to worry. 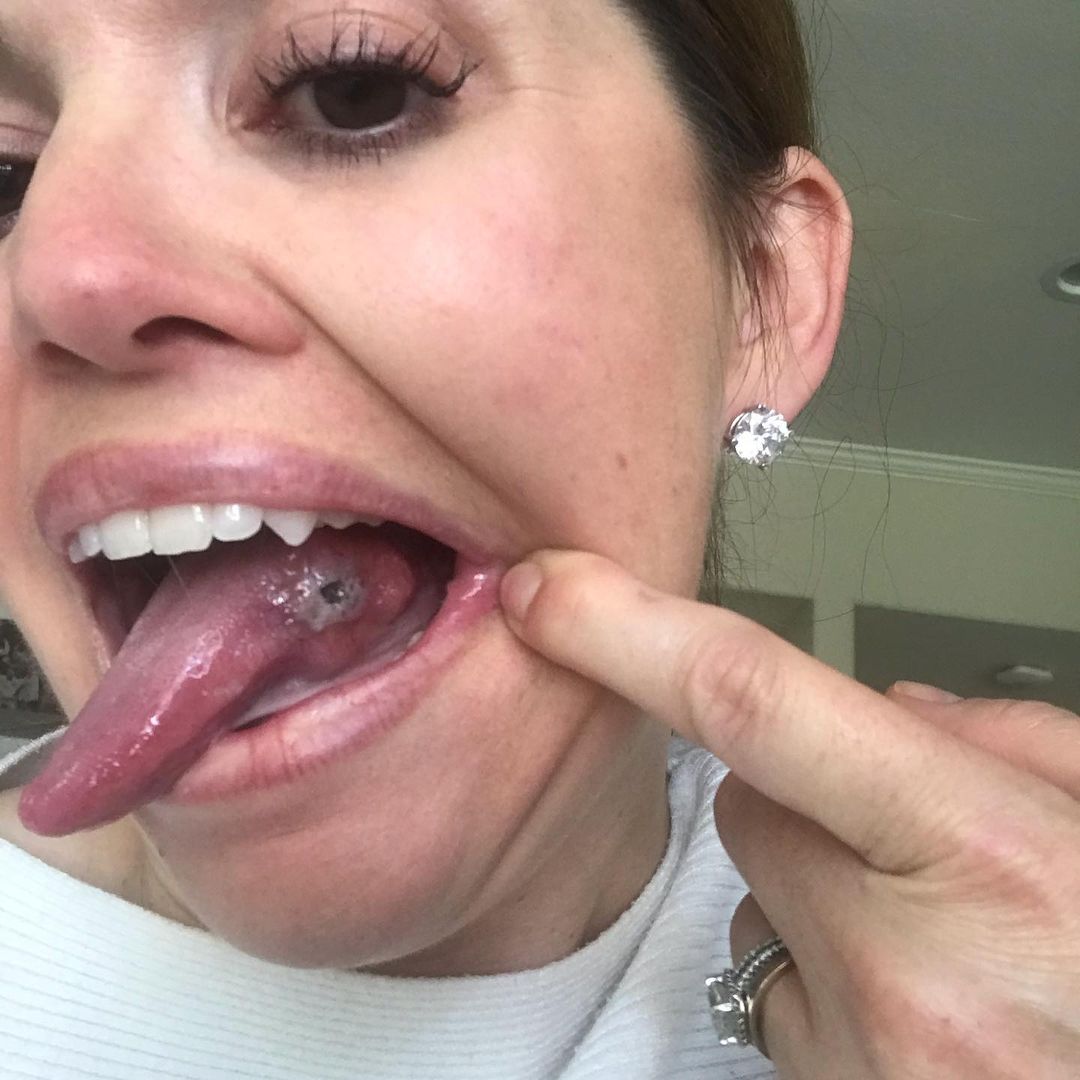 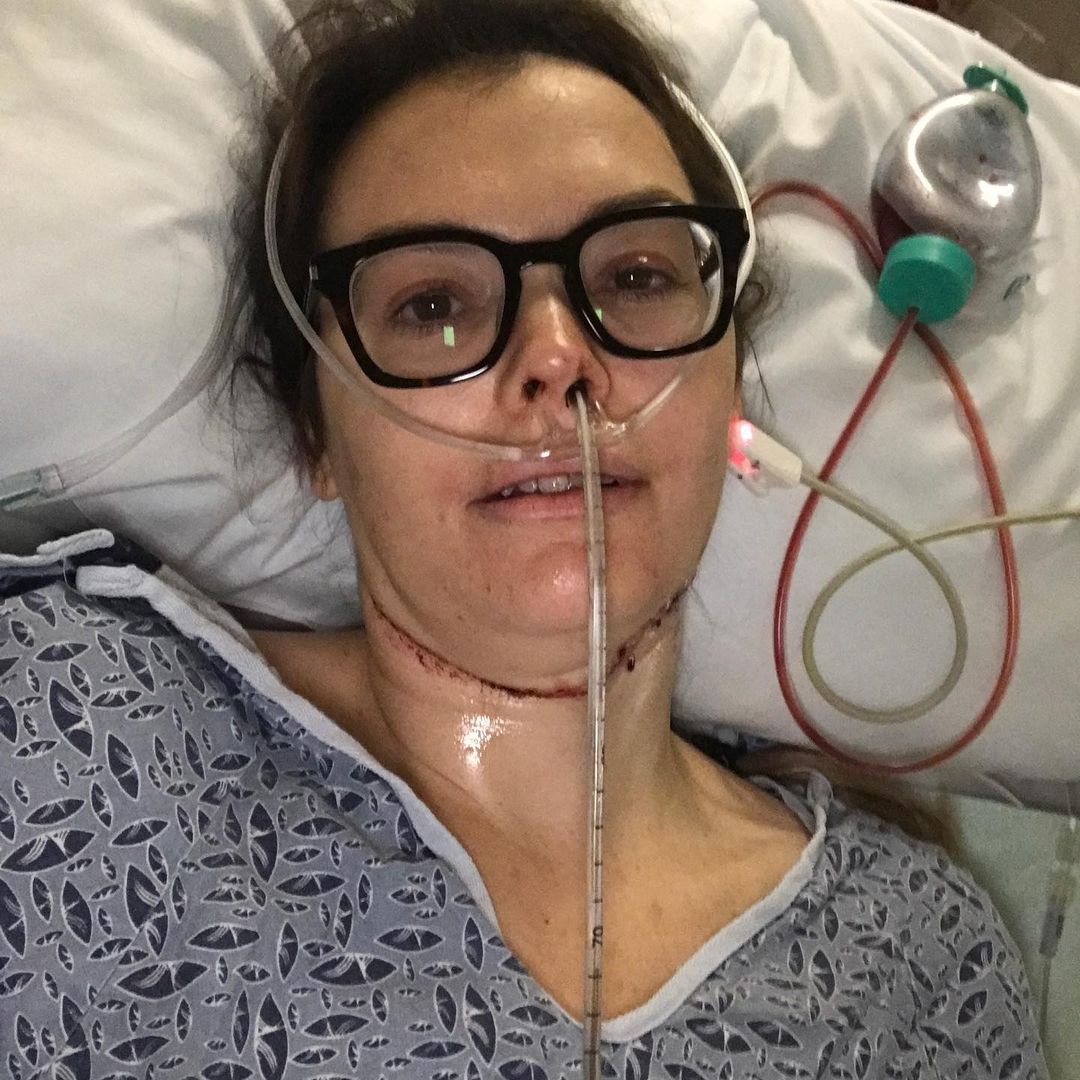 When the nursery worker showed her dentist in January 2020 the bump, he said it was nothing to worry about – but when the bump began to rub uncomfortably against Powell's teeth, she knew something was up.

"I started to Google to see what it could be but I found nothing that looked close to what the bump on my tongue looked like," Powell said.

Although she couldn't find anything online, she knew something was wrong, and so she scheduled an appointment with an ear, nose and throat specialist the next month.

When the doctor did a biopsy of the bump, the doctor immediately called Powell and told her she was diagnosed with aggressive tongue cancer. 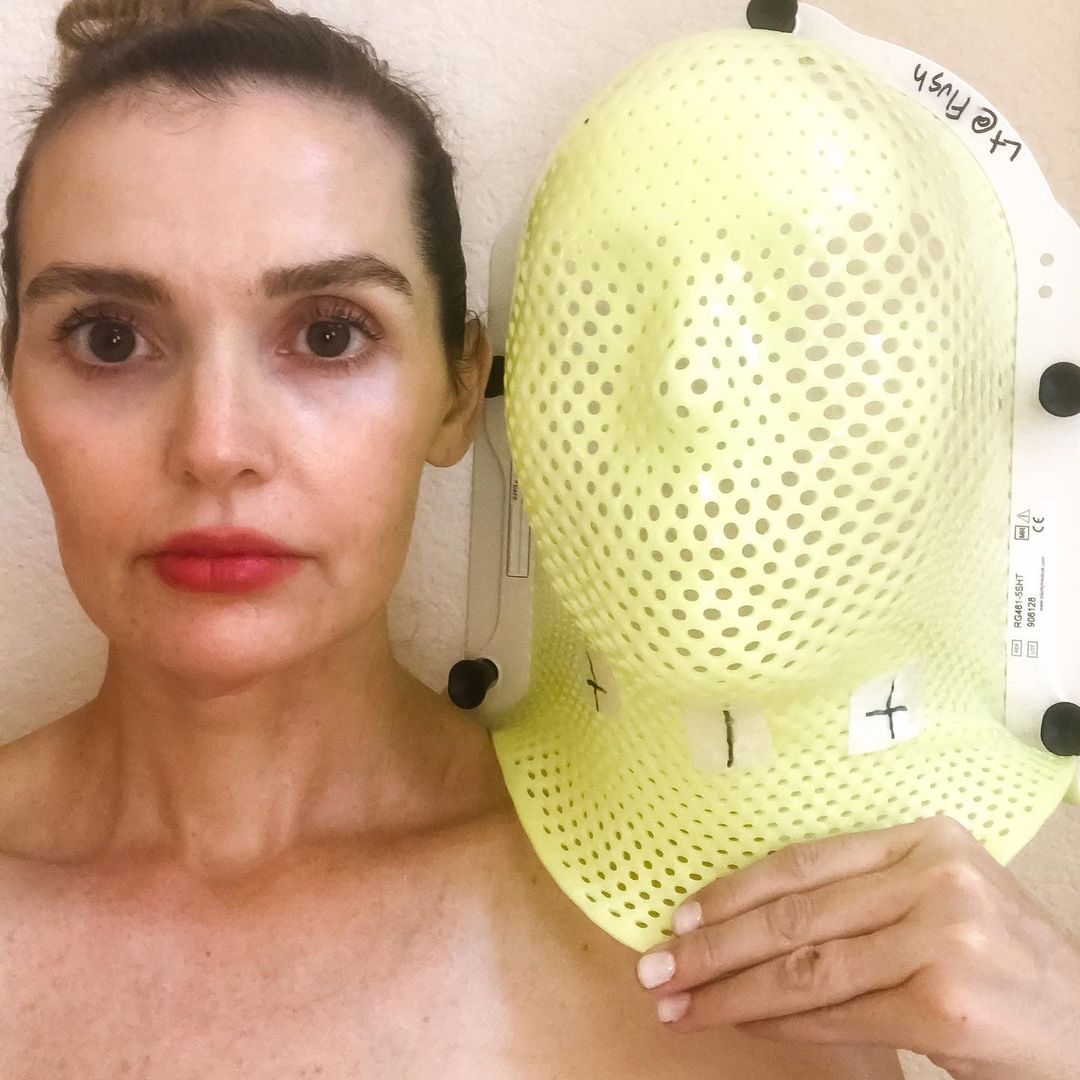 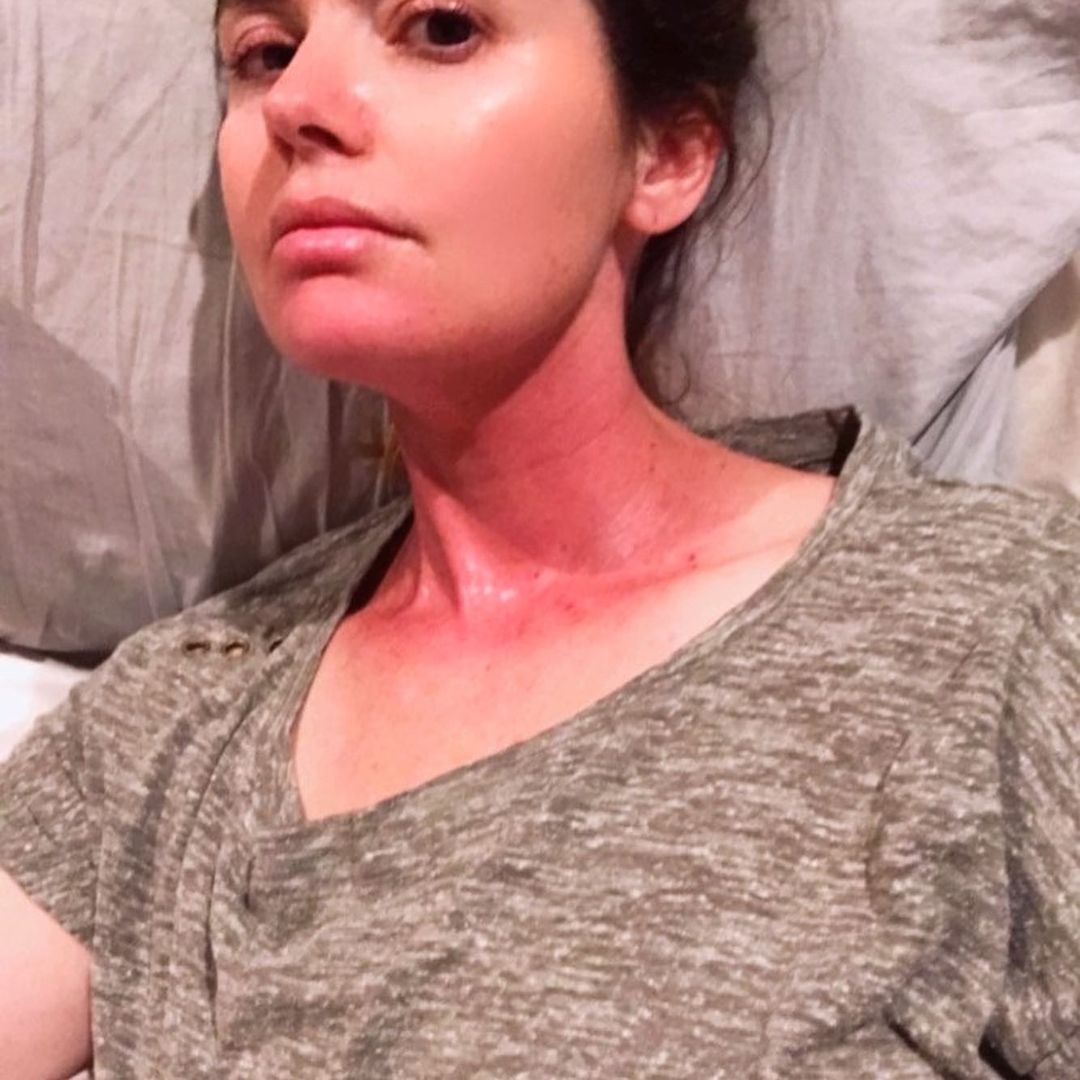 Powell, who had led a healthy life, had gotten angry with herself.

"After the diagnosis a few weeks later, I instantly didn’t know who I was anymore and felt betrayed by my body," she said.

"After all the healthy things I did day after day, I still got cancer," Powell continued. "I was angry, but I turned that anger into strength."

Immediately, she was able to schedule surgery for a partial glossectomy, which would remove the bump from her tongue. After it was rebuilt using a skin graft taken from her leg, Powell had a neck dissection that showed the cancer had spread to her lymph nodes.

Powell was in shock. She spend the next week in a hospital, unable to speak or eat, and attached to a feeding tube.

With the Covid-19 pandemic in full swing at that point, Powell couldn't have visitors over, and instead, waited until doctors removed the cancerous tissue from her neck. 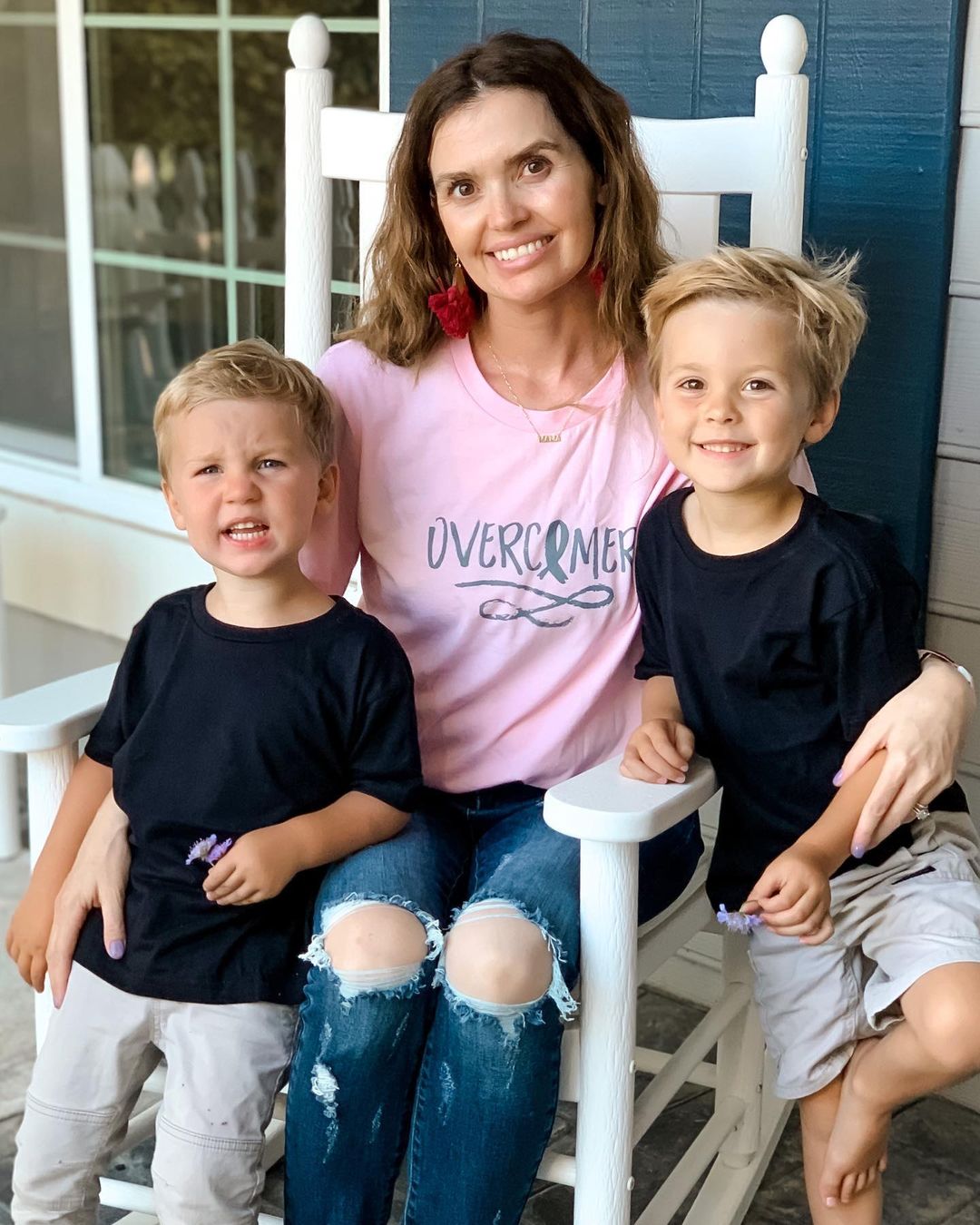 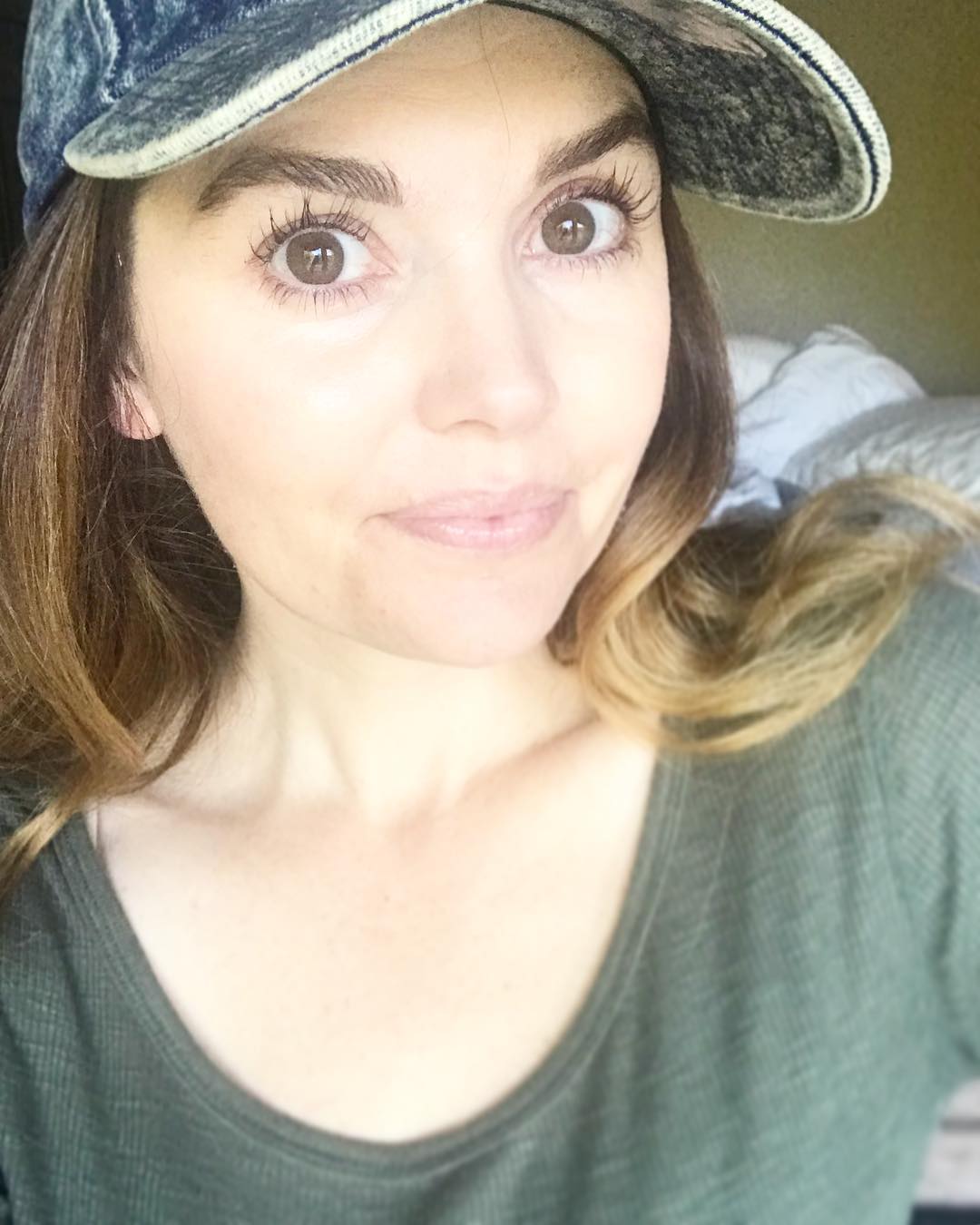 But it wasn't over. Doctors also found the cancer had spread to her nervous system, and Powell needed 30 rounds of radiation to her head and neck to remove it.

She was then cautioned by doctors she might not be able to talk or sound the same following the radiation, and she would have severe burns inside her mouth and neck.

A mom of two, Powell recorded videos of herself talking to her sons James, 3, and Jack, 5, should her voice not recover. Over the course of the next six weeks, she remained attached to a radiation table under a mesh mask and was "zapped" everyday for 15 minutes.

"The radiation was the hardest thing I have ever done," Powell recounted. "I met with my radiologist and she explained that it was a morbid treatment and one of the toughest types of radiation."

"I tried to keep a positive mindset and kept telling myself that this is just a blip in time," Powell said, "and you are doing this to be able to stay here on this earth for your children."

Powell eventually learned to move and control her tongue, calling it a "foreign object" in her mouth. Over the course of the next five months, she met with a speech therapist to relearn how to talk and eat.

The mom was told she would continue to have difficulty swallowing, talking and eating for the rest of her life. The surgery also left a droop in her mouth and she lost weight from not being able to eat.

However, the California native said it wasn't all that bad – her tastebuds are returning and she can eat soft foods and protein shakes. However, her voice still is different, although Powell says she's thankful she can talk.

"I started sharing my journey on social media as an outlet to be vulnerable. It was my therapy," Powell said. "I couldn’t find anyone that was like me when I first looked up my diagnosis – it was all older men with a history of smoking."

"I have never smoked a day in my life and lead a healthy lifestyle, and yet here I was with tongue cancer," Powell said. "I found a couple of women on Instagram who had similar experiences to me and I was so grateful to not be alone in this."

Powell said she's taking it a day at a time, as a full recovery from tongue cancer can take up to 18 months.

"Cancer is just as much a mental fight as it is physical. I felt ugly and was embarrassed at how I looked and sounded," Powell said. "My mouth had a droop from where I had no feeling on the left side and I lost forty-pounds from being unable to eat."

"However, I’ve survived 100 percent of my bad days and I will continue to do so – I plan on being around for a long time to raise my boys," Powell said inspiringly. "I am slowly starting to eat more food and I’m resting and letting my recovery take the time that is needed."

"It’s a slow process but I’m learning to love the new me," she ended. "This cancer needs to be talked about and I am thankful to be the voice for it."