Hermes courier, 35, caught using his delivery van to make heroin drop-offs down the M4 is ordered to hand over more than £4,000 profits

A Hermes courier caught using his delivery van to make drugs drops as well as deliveries has been ordered to hand over more than £4,000 in profits.

Thomas James, 35, was caught on camera after turning his courier van into a drugs mule to run heroin down the M4 motorway.

A court heard he used the same Hermes van to ferry his cargo at least six times – before being caught by police.

James was stopped by officers at the Pont Abraham services on the M4 in Cross Hands, South Wales, with more than £17,000 worth of heroin.

But he wriggled out of his hi-vis delivery jacket in a bid to escape police after abandoning his van.

Swansea Crown Court heard he caused injury to a police officer during the melee.

Once he was detained, he refused to provide a pin number for his phone, but a police investigation using automatic number plate recognition discovered he had carried out six separate trips to deal the drugs. 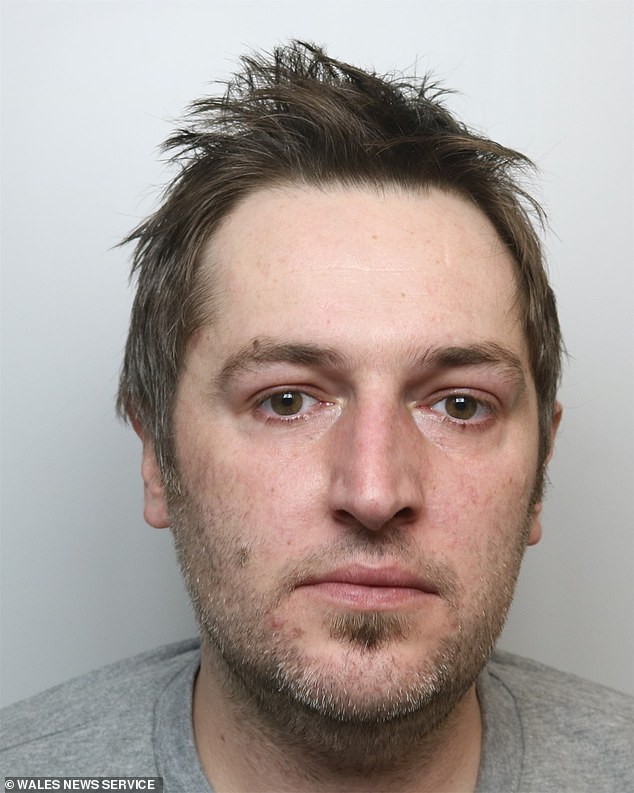 The court heard he was a heroin user while working delivery service.

But he decided to embark on a ‘commercial arrangement’ to transport money to Newport and bring drugs back after being approached by a third party.

He would be paid £200 and half an ounce of heroin for the service.

PC Grant Limebear said James, of Llanddarog, Carmarthenshire, appeared nervous and tried to walk around the rear of his Ford van. when stopped off the M4.

He then wriggled out of his jacket, causing the officer to fall and suffer injuries.

Other officers then arrived at the scene and James was arrested and taken into custody. 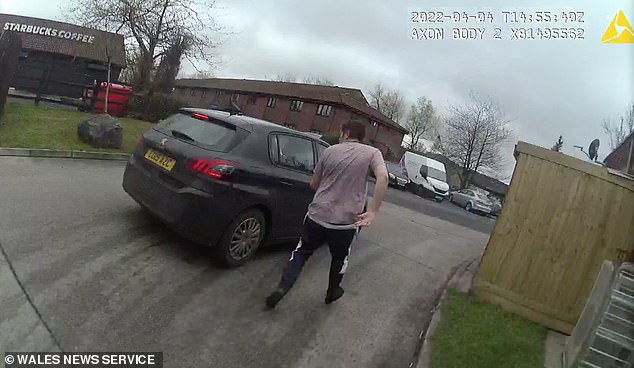 A video shows how James fled from officers when they tried to arrest him, after he had delivered drugs in his van at least six times

James pleaded guilty to possession a quantity of diamorphine with intent to supply, being concerned in the supplying of diamorphine, and assaulting PC Limebear in the execution of his duties.

Sentencing him to three years and six months in prison, Judge Thomas said: ‘You physically resisted and caused injury to the officer’s elbow and finger. I have no doubt that you acted in panic, but that is no excuse.

‘Heroin brings untold misery to users and their families. You come from an affluent, supportive family and you went into this enterprise with your eyes wide open.’

James appeared at Swansea Crown Court for a proceeds of crime application – and was told he must repay £4,200, £140 of which is already in police possession.