A cheap raw material no more.

"We are closely monitoring further pressure in some inputs such as high fructose corn syrup, PET, and metals, along with wages and transportation as they impact us, as well as our bottling partners," Coca-Cola CEO James Quincey said on the company's first quarter earnings call Monday.

Coke doesn't see an end in sight to inflationary pressures, outlining a mid-single digit percentage hit to cost of goods sold for 2022. 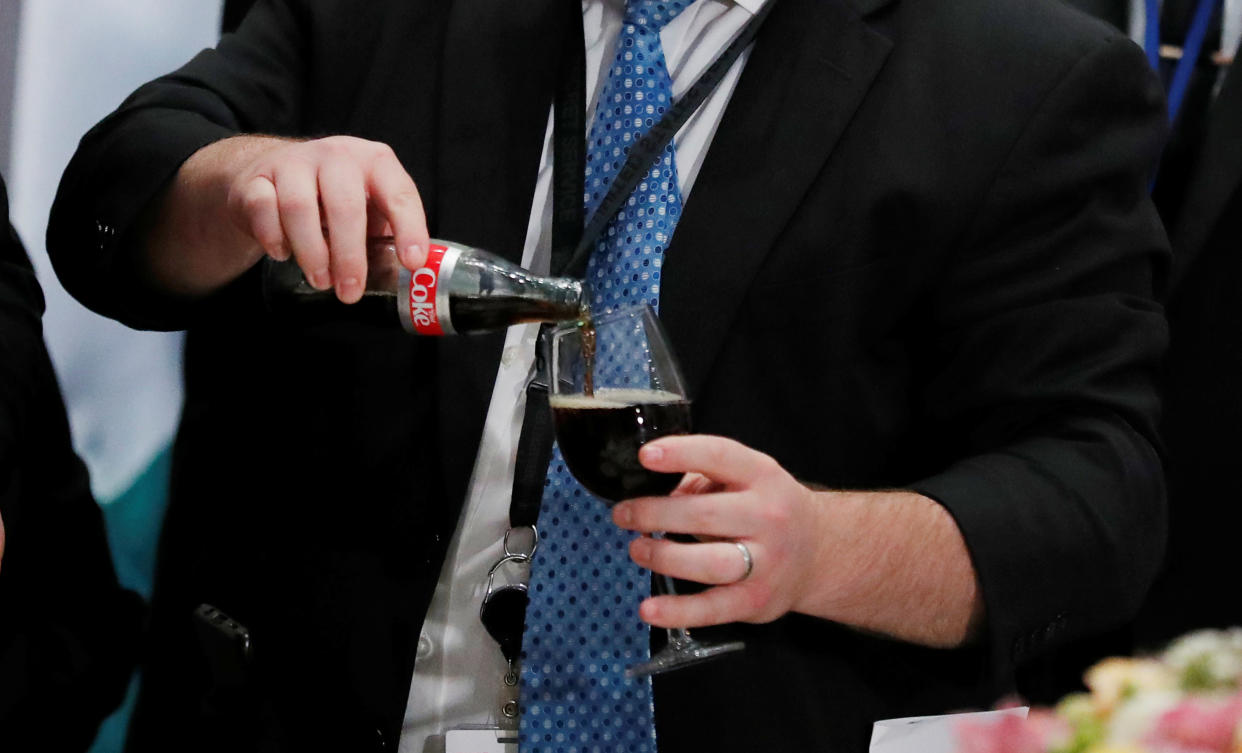 Rampant inflation on raw materials has sent Coca-Cola off on an expedition to see how many rounds of price increases it could heap on shoppers in a bid to protect margins from further pressure. So far, resistance to those higher prices (in some cases, large increases) from consumers looks minimal — in effect emboldening Coke to lift prices more.

The company said its price/mix — a key measure of pricing power for consumer goods companies — surged 11% in the North America market.

Elsewhere, price/mix spiked 19% in Latin America and by 6% each in the Asia Pacific and European segments.

"And there are going to be more price increases depending on where you are," Quincey said. "Well, I mean, there are countries with inflation well into double-digits and you do see multiple price increases during the year. As a matter, of course, when you're in those sorts of circumstances with cost pressures to push through as you seek to sustain margins all the time."

The company reiterated its full-year organic sales growth of 7% to 8% in part reflecting its confidence in higher prices sticking. Earnings are still expected to rise 5% to 6%.

Coke is cognizant, however, that it doesn't have unlimited pricing power for its high-fructose containing products or more natural offerings such as sports drink BodyArmor.

"It has been apparent and other people commented on, less elasticity in recent times as price increases have gone through," Quincey added. "I do not expect elasticities to be inelastic going forward. There's a reason it got the name elasticity. And so, I fully expect, as I commented earlier on, inflation generally ends with some pressure somewhere. I expect elasticities to increase at some point in future. Will that be next quarter? Will that be next year? I can't give you the answer to that, because it's very dependent on some macros and it's probably going to vary by country."

Brian Sozzi is an editor-at-large and anchor at Yahoo Finance. Follow Sozzi on Twitter @BrianSozzi and on LinkedIn.