HOLIDAYMAKERS have been warned not to go to a popular beach after two sewage leaks flooded the seafront area.

Rancid brown water has been seen in between beach huts along an area of St. Leonards beach in East Sussex since Wednesday evening. 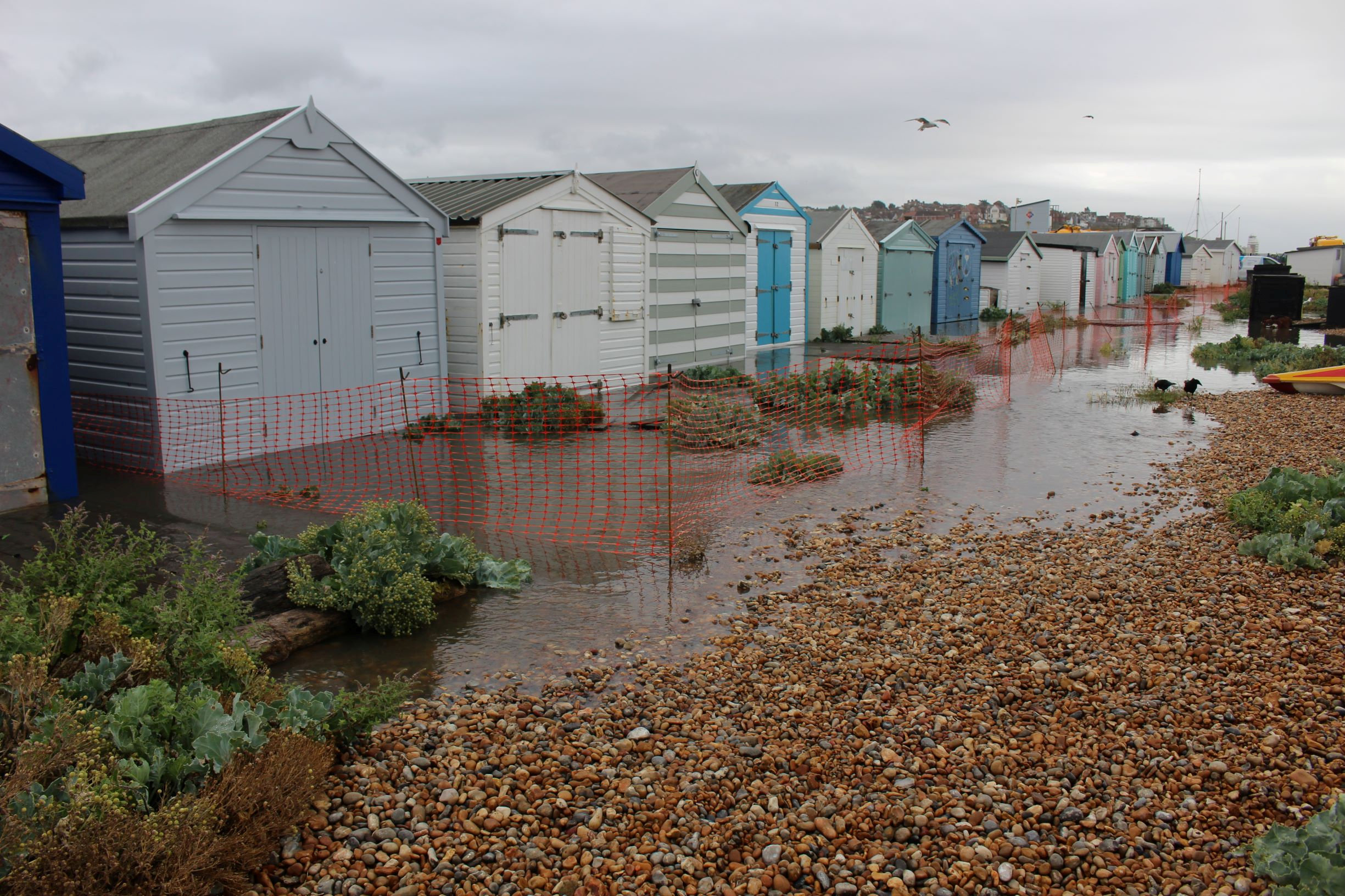 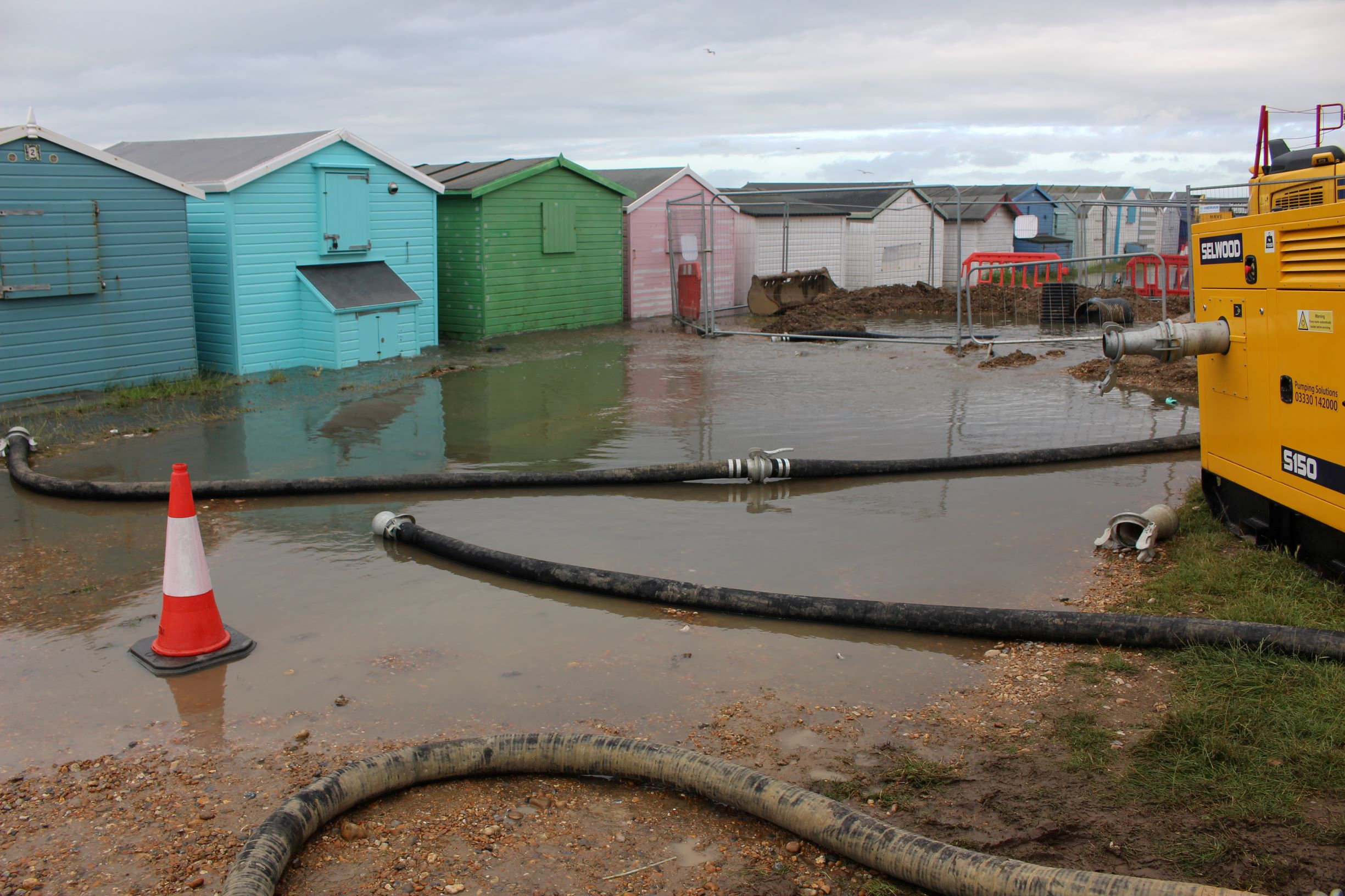 The first sewage pipe burst on Wednesday night, followed by a second this morning.

Emergency repair teams from Southern Water were sent to fix a burst pipe under the cycle path at nearby Bulverhythe beach and this morning found another leak.

Hastings Borough Council was forced to close the beach and contacted hut owners, asking them to avoid the area.

It said the authority is expecting the Environment Agency to warn against bathing at other nearby Hastings beaches.

A spokesman for the council said: "Hastings Borough Council is obviously very disappointed indeed that there has been a further serious sewage leak at Bulverhythe, affecting the beach huts and the beach.

"The council has had to close the beach at Bulverhythe as a result, and is advising people not to go onto the affected part of the beach, or to go into the sea there.

"We are expecting the Environment Agency to warn against bathing at other Hastings beaches.

"We obviously hope that the leak is fully repaired as quickly as possible, and that the beach is cleaned and reopened."

It added engineers found the burst and identified the cause as a leaking collar – where two pipes join.

Teams were at the site yesterday carrying out a further thorough clean-up, Southern Water said.

A Southern Water spokesman said: "We have been working hard to contain and minimise a spill after a burst to a very large sewer pipe, carrying upward of 540 litres per second of wastewater, at Bulverhythe Beach on Wednesday afternoon. 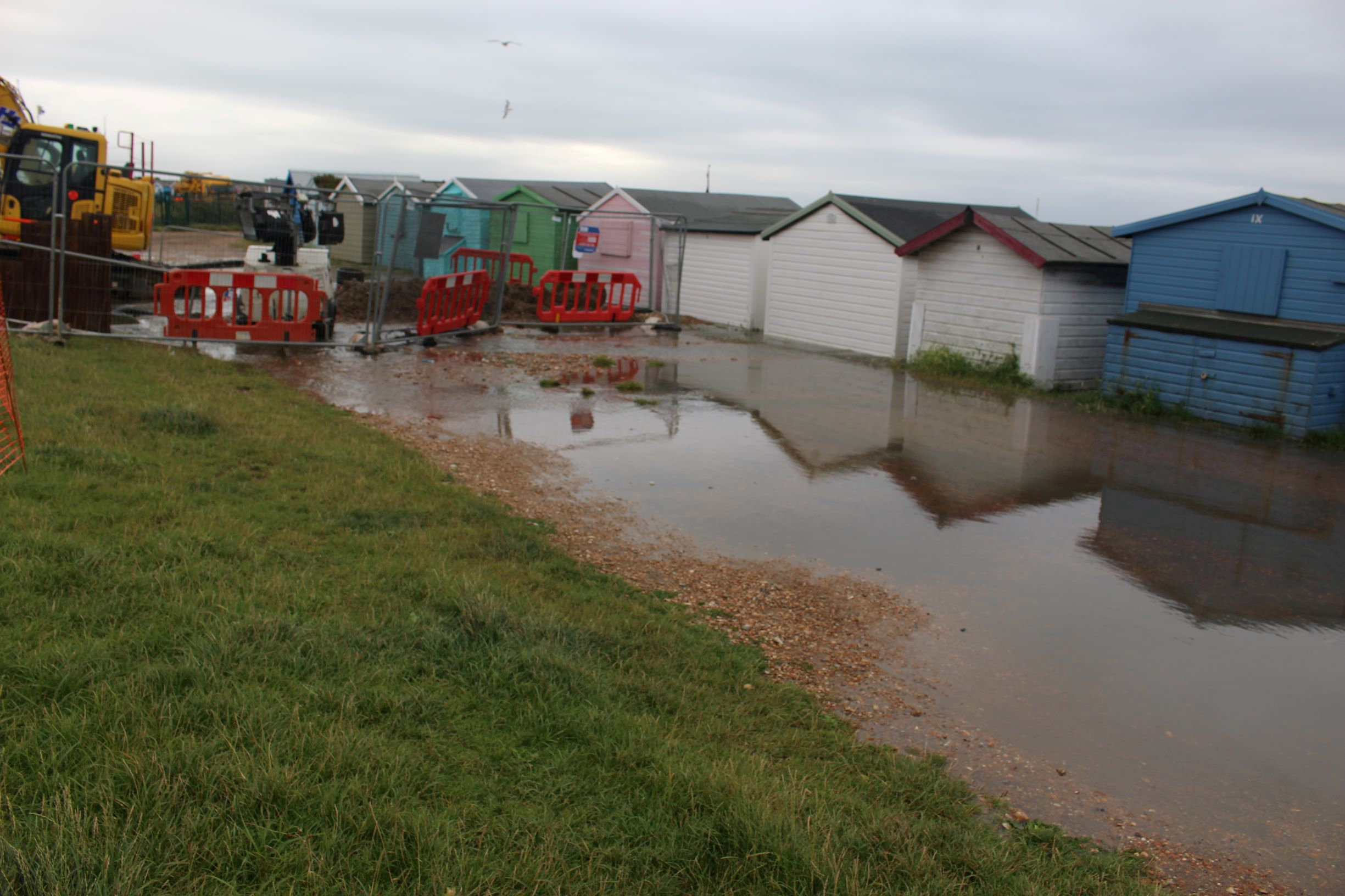 "Tankers were able to maintain flows and wastewater services while the pipe was turned off to start the repairs.

"Unfortunately early this morning we reached our network storage capacity in the area and took the tough decision to turn the pumping station back on to support control of the network and increase storage to allow more time to complete the repairs.

"This did mean we split from the original burst location for a second time, but after careful consideration it was determined this would minimise impact to the environment and beach.

"We are working closely with the Environment Agency and Hastings Borough Council on the matter. This decision was taken to prevent properties from flooding and mitigate against risk of further spills elsewhere.

"No pollution is acceptable to our customers or us and we apologise for the disruption this may have caused. We are committed to making the repair as quickly as possible and to minimising impact on the environment." 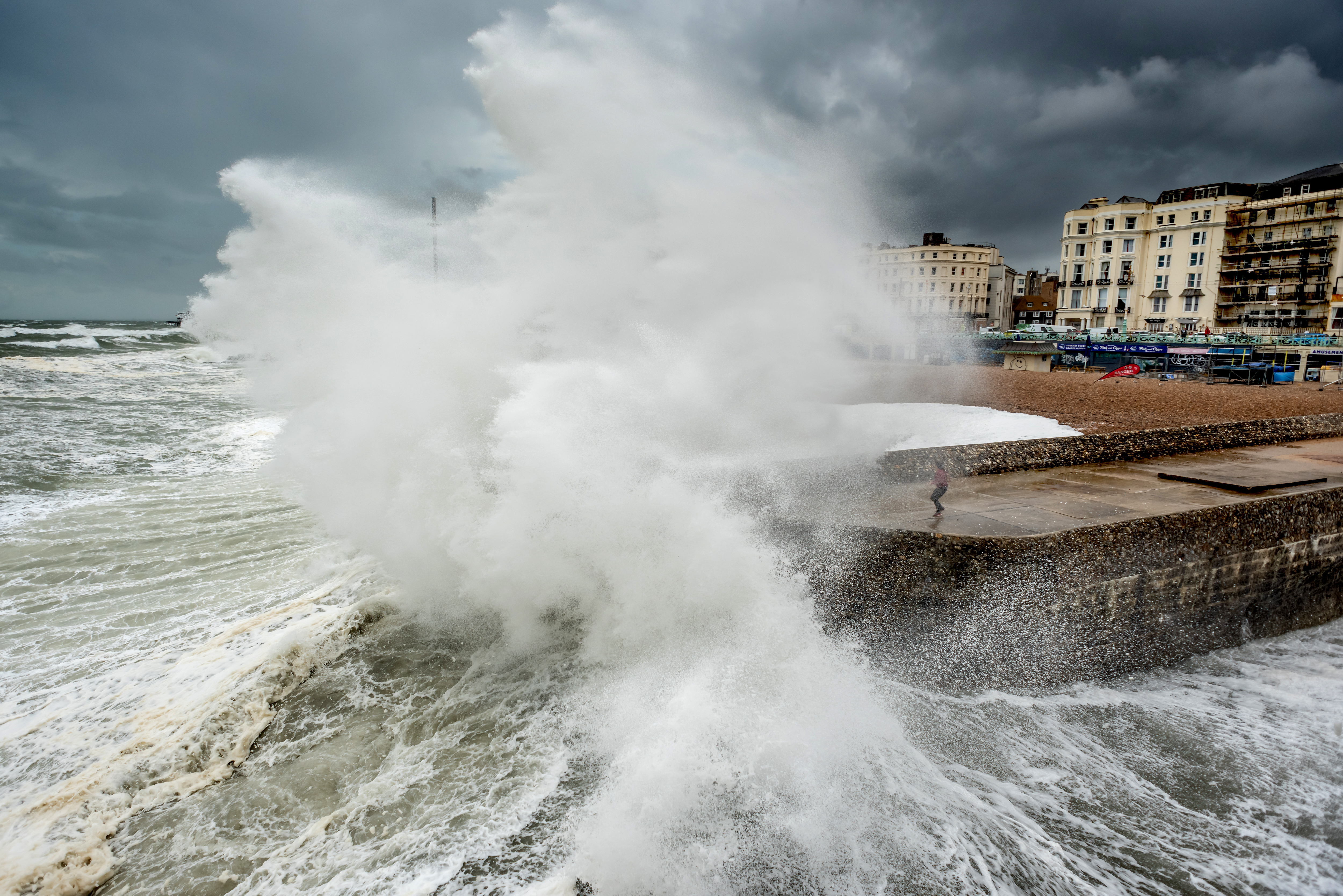 It comes as campers were told to pack up and go home as strong winds hit the UK today.

As newly named Storm Evert gathers pace, winds of up to 75mph are expected to lash the South West, with coastal gales and rain set to affect parts of the country.

Steven Keates, a meteorologist from the Met Office, said: "The wind will get worse before it gets better."

Many Brits who had escaped to the country for a break had their tents battered and torn last night by heavy rain and wind.

One owner, Sarah Weeks from clifftop glamping site Seaview Tipis, even told guests to “pack up and go, for their safety.”

A yellow weather warning for thunderstorms and heavy showers is in forcein easter England until 10pm tonight. 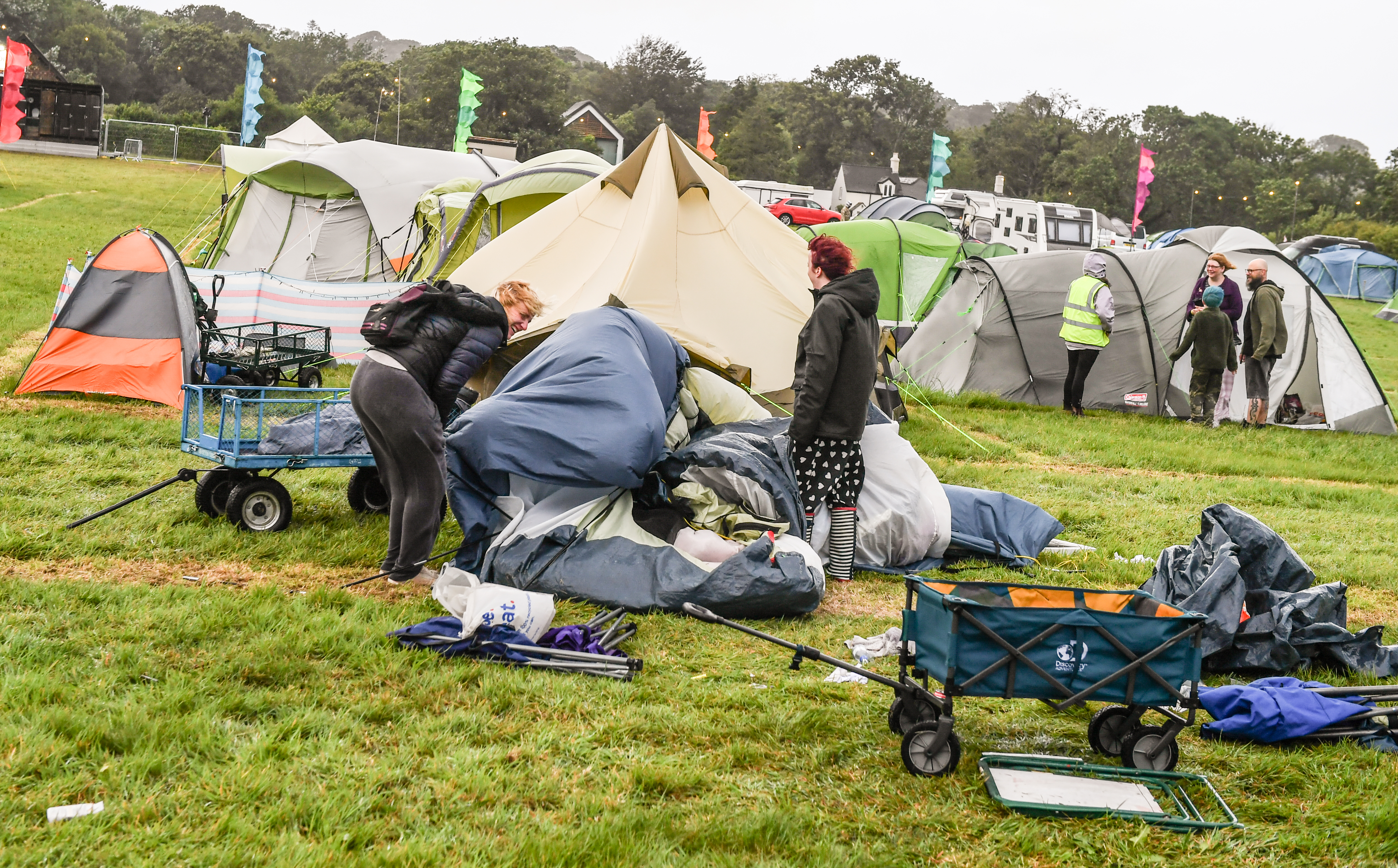