A ‘loveable’ well-known rough sleeper was seen making a final bed for his faithful Jack Russell just hours before dying in the night outside a branch of Costa just before Christmas.

Jonathan Ellerington, 41, was a regular in Hull city centre who was known for always having his beloved dog Teddy by his side, but he also had a partner and loving family.

An inquest into his death heard CCTV footage showed him appearing to slump and lose consciousness just days before Christmas on December 17 2021.

It comes after figures published by the ONS this week showed the number of homeless people who died on the streets in 2021 had risen by almost eight percent compared to the year before. 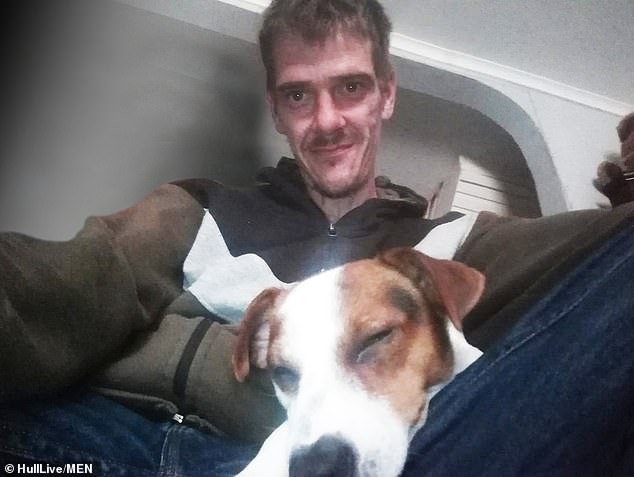 Jon was described by his sister as a ‘loveable guy’ who was devoted to his dog Teddy, even making him his own bed just hours before his death 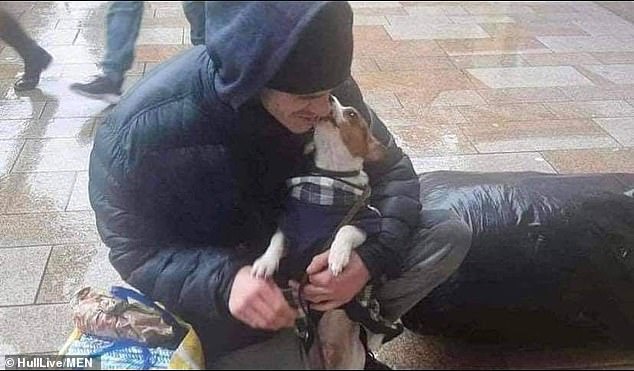 Although Jon was not technically homeless, he often slept rough with Teddy as he struggled to fight his drug addiction

New data revealed by the ONS this week showed an estimated 741 homeless people died in England and Wales in 2021.

Some of the leading causes of death were suicide (13.4 percent), drug-related deaths (35 percent) and intentional self harm or similar incidents with undetermined intent (11.8 percent).

The vast majority of deaths on the streets were male, consistent with previous years.

Polly Neate, chief executive of homeless charity Shelter, said the figures were ‘utterly awful and unacceptable’, adding: ‘Our frontline services are seeing more people who’ve run out of options, are facing homelessness, and the very real possibility of sleeping rough.

‘This is going to be one of the toughest winters yet as so many people battle rising rents while housing benefit stays frozen.

‘The Government promised to end rough sleeping, but things are getting worse not better.

‘They must immediately unfreeze and increase housing benefit to protect people from the ravages of homelessness this winter, and to keep people off the streets for good it has to invest in building good quality, supported social homes.’

There was a sharp rise in the number of estimated suicides to 99 people, or 13.4 percent of all homelessness deaths in England and Wales, while 259 people are thought to have died in drug-related incidents.

Jon left behind a daughter who he had been trying to kick his drug habit for, his beloved Jack Russell which is now being cared for by his family, and seven siblings.

On the night of his death, several people tried to check on Jon and two men even left food for him.

Sadly, he was found lifeless on the pavement the following morning.

Jon had desperately tried to end his drug habit so he could see his daughter, the inquest heard on Thursday.

While he was often seen sleeping on the streets, he had a home in Gipsyville, Hull and lived with his partner.

But sometimes he would take Teddy to the city centre and would end up sleeping rough.

Following his death in Hull on December 18 last year, a post-mortem examination found Jon had potentially lethal levels of heroin in his system, along with evidence of methadone, painkillers and sedatives, which would have affected his breathing and slowed his heart.

Describing her brother as a ‘loveable guy’, Jon’s sister said: ‘Jon did get off the drugs from time to time and would go cold turkey, but it would never last.

‘He actually got clean for two years because he wanted to stay in touch with his daughter. During that time he managed to get work at Wren Kitchens and Crown Paints.’

In a statement, she added: ‘He would also look after my boys sometimes. He was such a loveable guy and was always seen as the fun uncle. He was also a bit of a joker.’

His sister said an incident at secondary school deeply affected him and this was partly to blame for his later addiction.

Many who had seen Jon in the city centre assumed he was homeless as he would often be seen sleeping rough. He never challenged the assumption he was homeless when approached by those offering help.

Shortly after his death Hull Live was told a desperate bid was made to find shelter for Jon just days before he was found dead, after a passer-by was concerned by his plight in the cold temperatures.

Sophia Jama tried to ensure Jon had accommodation after he told her he had been sleeping rough near the Anlaby Road flyover. 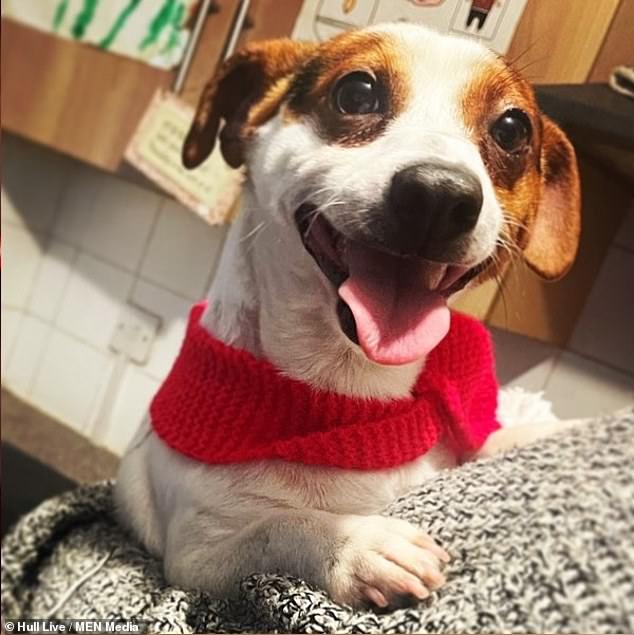 Jon often took Teddy into Hull town centre, and made up his dog’s own bed next to him. Teddy has now been taken in by Jon’s relatives 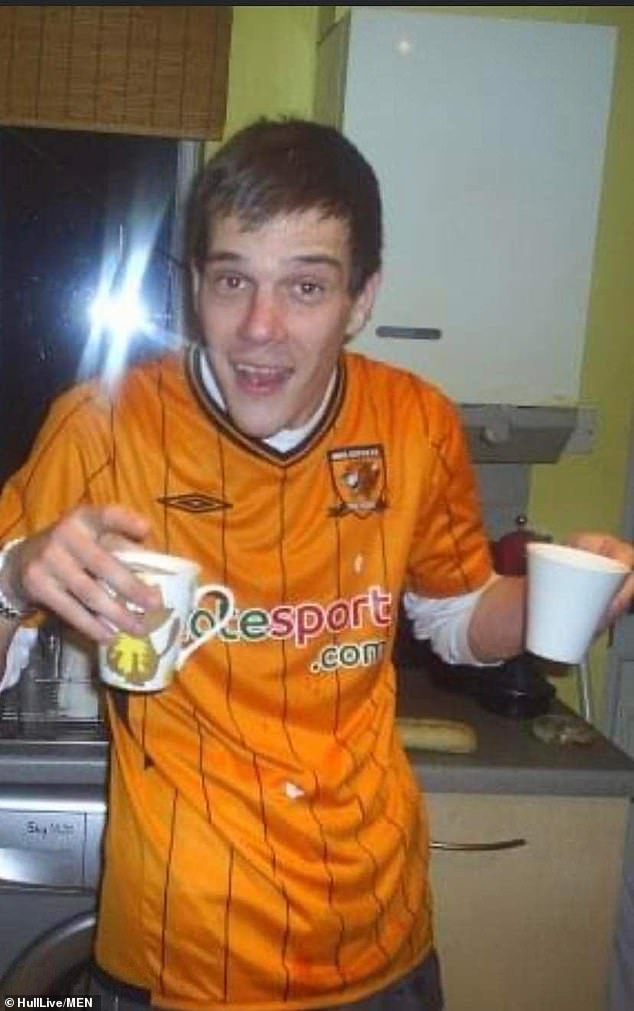 Jon was described by his sister as a ‘loveable guy’, a ‘fun uncle’ and ‘a bit of a joker’ 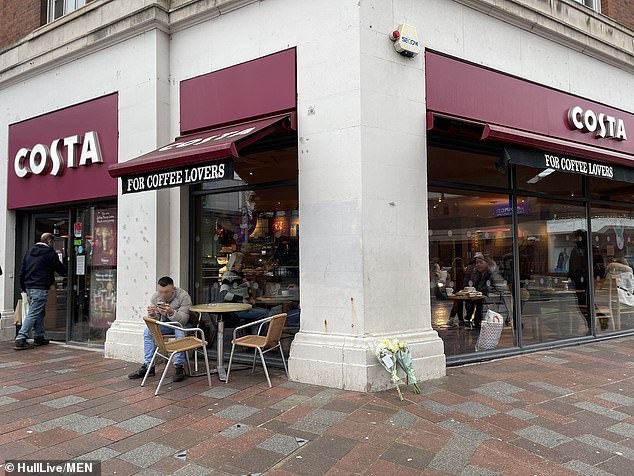 But after contacting Hull City Council and homeless charity Emmaus she said she was told there was no accommodation available because Jon was with Teddy.

At the time Hull City Council expressed its condolences to Jon’s family and stressed that provision was available for those with pets and who were homeless or at risk of homelessness.

Emmaus also issued a statement saying it believed Jon had access to accommodation before the tragedy.

His sister said: ‘Jon met his partner a few years ago and they remained together up until the day he died. Jon was never homeless.

‘But he would sometimes go into the city with his dog and would end up sleeping there on the streets.’

His sister said Jon visited her the day before he died and was a bit worse for wear. He was bumping into things and she asked him to leave, but it was all good humoured.

She said Jon suffered with mental and physical issues due to his drug addiction and there were fears he could lose a leg.

In his attempts to get clean, Jon turned to the drug and alcohol service Renew. He was in regular contact and told them he had only taken heroin once, in December last year, while his drug use in the six months before he died was minimal.

He also said he had no thoughts of self-harm or suicide.

Evidence was also heard from the Costa Cafe worker who found Jon on the morning of December 18. When she turned up she saw what she thought was a bundle of clothing outside.

She went outside later for a cigarette break and then realised someone was lying there, but she did not want to disturb him.

However, when she went back out a short time later to open up, she saw Jon had not moved and went over to check on him. She realised he was dead.

Humberside Police investigated Jon’s death. There had been an incident outside the Royal Hotel the day before, and CCTV showed Jon appearing to approach security staff before shouting abuse. He was ushered away and there was no evidence of any violence.

CCTV footage also showed Jon arriving outside Costa and sitting down on the evening of December 17. He could be seen making up his bed, and a bed for his dog Teddy.

At around 8.30pm he could be seen slumping and appearing to lose consciousness.

Over the next few hours the footage showed a number of people approaching Jon to check on him, with a few interacting with his dog.

At one point two men left a bag of takeaway food for him. At no point was anyone hostile or violent towards him.

Floral tributes were left at the site where Jon died. It was later revealed his dog Teddy had been taken in by members of Jon’s family.

Lorraine Harris, the area coroner, decided there was no evidence Jon intended to end his life and concluded his death was ‘drug related’.

Several family members and Jon’s partner attended the inquest, which was noted by Ms Harris.

She said: ‘My sincere condolences go to his family, partner and everyone else who knew Jon.

If you have been affected by any of the issues raised in this article, you can call the Samaritans for support for free on 116 123 or visit samaritans.org.