A SHOPPER was left horrified after finding a bright green caterpillar alive in his Tesco sandwich.

Grant Robinson was about to take a bite of his BLT when he spotted the green insect "wiggling" on the bread. 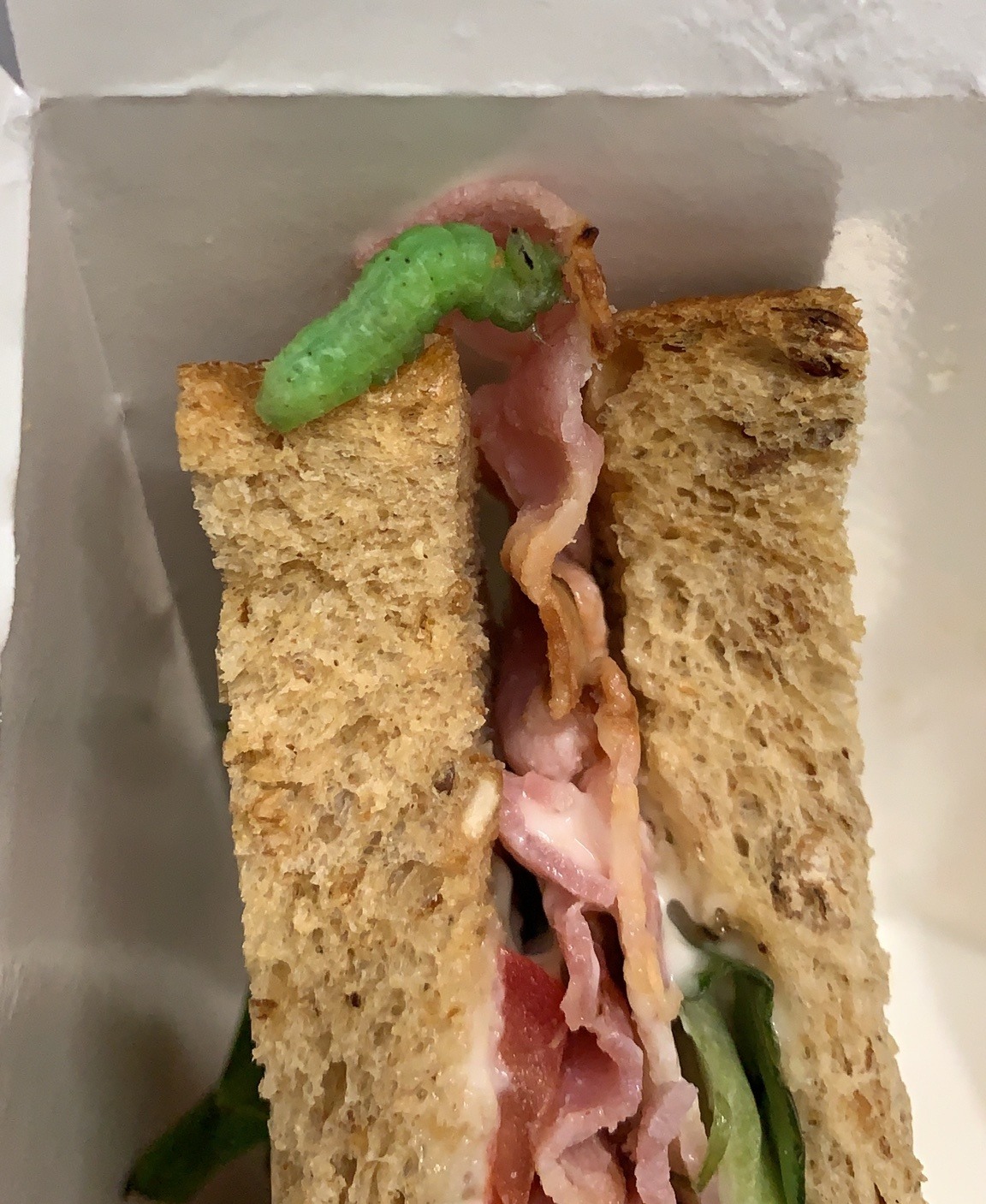 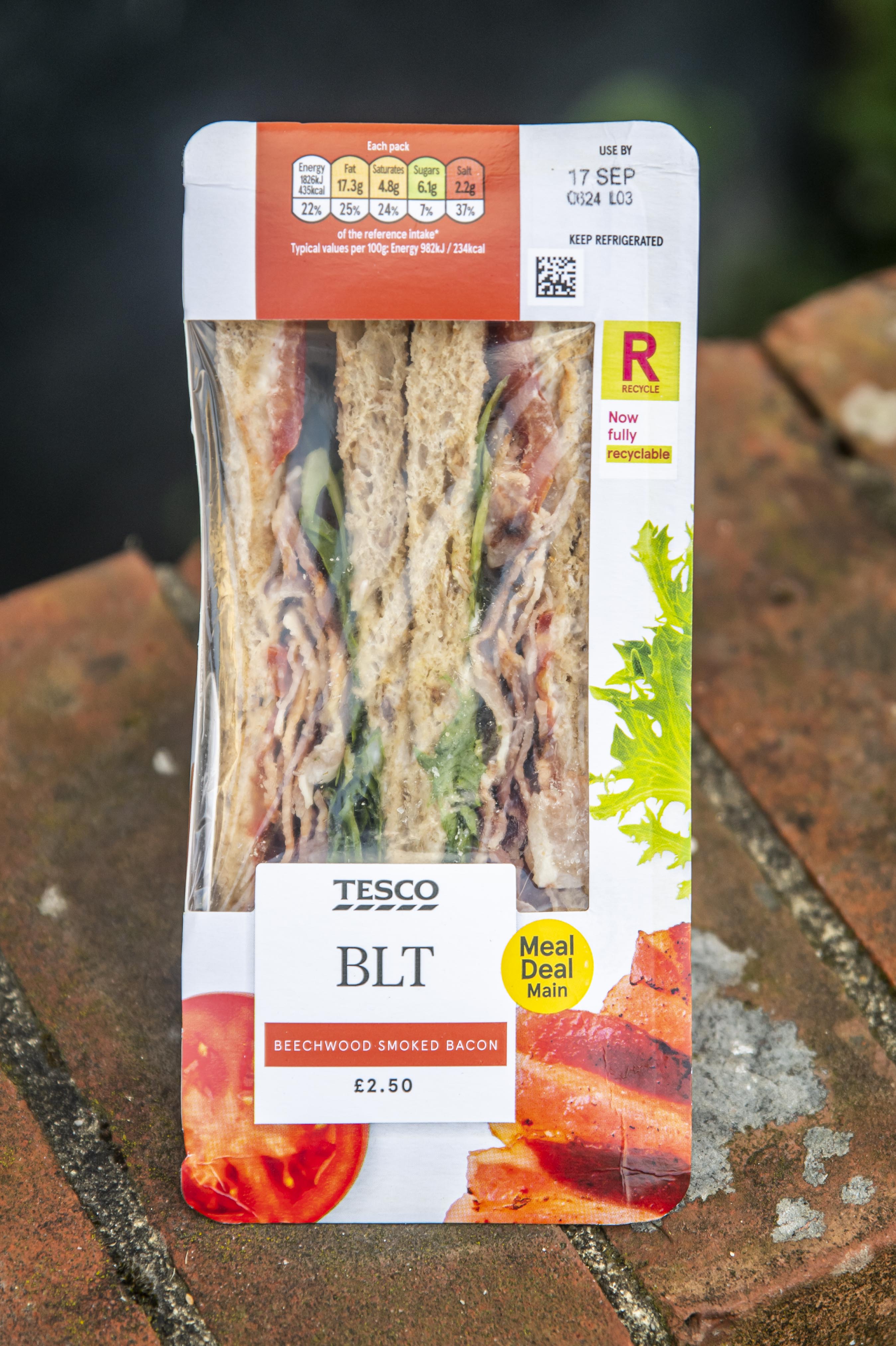 The 31-year-old recoiled in disgust as the hungry caterpillar munched its way through the snack.

He had already eaten the other half of the sandwich and fears he may have "chomped on caterpillar eggs".

"I was just about to eat a BLT when in the corner of my eye I saw this caterpillar crawling out of the side. I completely froze and said, 'no way'," he said.

"My colleagues gathered around and found it absolutely disgusting.

"The fact I ate the first sandwich freaked me out as there was the possibility that I'd just eaten caterpillar eggs or something."

Grant put the caterpillar, that was about half an inch long, into a bush outside the Tesco Express store in Westbourne, Bournemouth, before throwing the £2.50 sandwich away.

He had gone back into the shop to complain and said staff were apologetic.

And when he raised the issue with Tesco online, the supermarket giant apologised and gave him a £5 voucher.

"They apologised and gave me a £5 voucher as a goodwill gesture but that's not the point," he said.

"I think Tesco need to really watch their food processing as that could make someone very ill.

"On Twitter, I saw a lady who found a large moth in a fruit salad, so this isn't something out of the ordinary.

"It's a really bizarre situation and Tesco need to be more aware and pay attention to detail."

Grant posted a picture of the caterpillar on social media and users were quick to comment.

One person wrote: "£5 compensation what a joke."

Another, who looked on the bright side, said: "Better than finding half a caterpillar!"

A Tesco spokesperson said: "We're sorry this happened and take every effort to minimise the risk of insects in our lettuce.

"We offered this customer a full refund for the item and a gesture of good will as an apology." 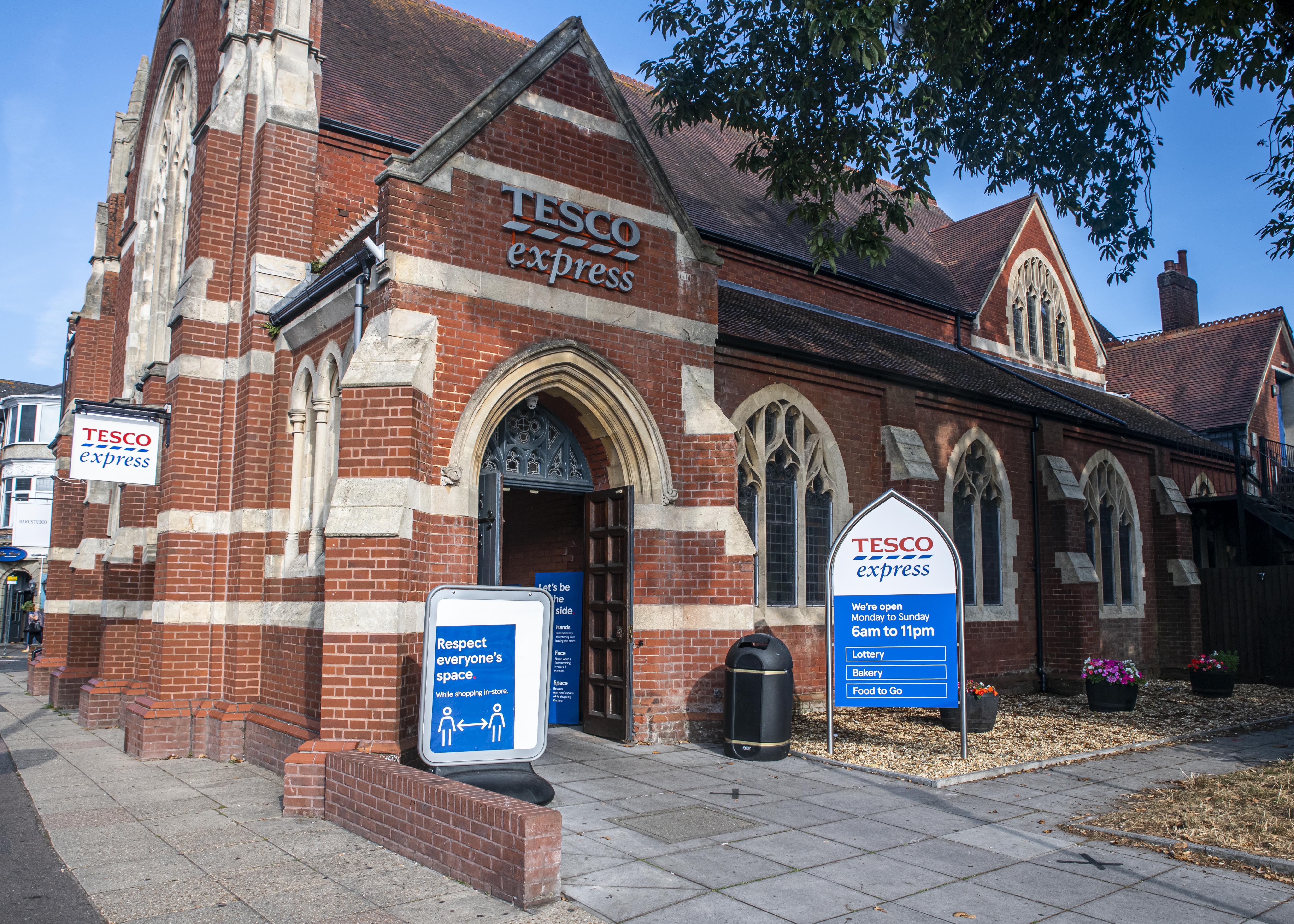