A human skull found in a Grimsby duck pond is being compared with the national missing person’s database to see if they can find a match.

Lincolnshire Police officers and forensic teams were called to the pond in Pear Tree Lane, Fulstow, near Grimsby, on Thursday afternoon.

The force said a member of the public had reported the discovery to its control room.

Investigators will try and extract DNA from the skull to see if it matches anyone on the national missing person’s database.

A statement giving details of the inquiry read: ‘We believe this may be a human skull, but this will be determined by an in-depth forensic examination of the skull which can take up to several weeks to complete. 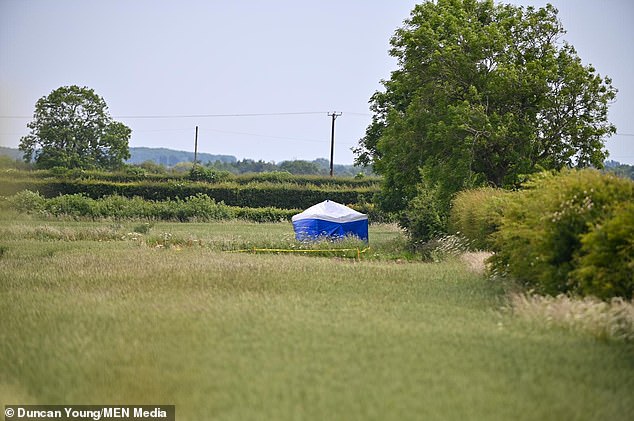 A suspected human skull was found in a duck pond in Lincolnshire earlier today, police have confirmed 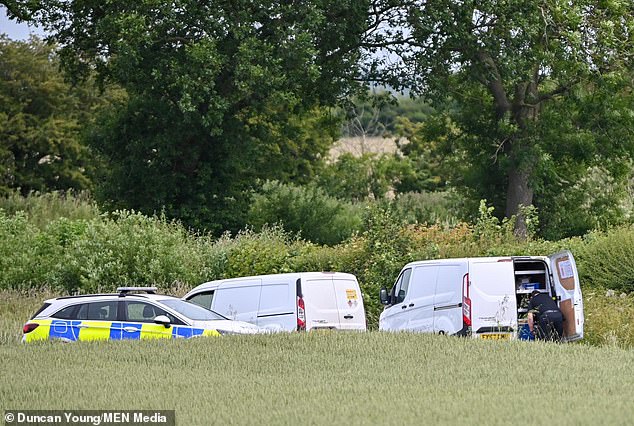 Lincolnshire Police officers and forensic teams were called to the pond in Pear Tree Lane, Fulstow, near Grimsby, on Thursday afternoon. Tests to establish whether the skull is human may take several weeks

‘The area has been cordoned off and we expect to remain in the area carrying out a full search over the weekend and into Monday.’

A woman who lives on a farm near the discovery told the Grimsby Telegraph: ‘The police were here at first light. It was about 4am. Someone found a human skull. It is a shock.

‘Everyone is asking questions about who it could be and how long they had been there. It is sad because it is someone’s brother or sister or maybe a parent. The bloke who found it said it has teeth but no one knows how long it has been there.’

The woman said she did not know if there were other body parts found at the scene. Another nearby resident said: ‘You don’t expect anything like this happening next to you. We are all curious. There are more investigators who arrived this morning and there is more activity at the scene.’

The resident added: ‘The ditches are usually filled with water. But when it gets hot like today they can dry up.’