A doctor has described being blindsided and heartbroken by the death of a teenager who was sent home three times from Broken Hill Hospital, as he delivered a tearful apology to the patient’s family.

Fronting the NSW Coroners Court on Tuesday, David Hooper revealed he was never interviewed by health officials when they conducted a formal investigation into the death of Alex Braes in 2017. 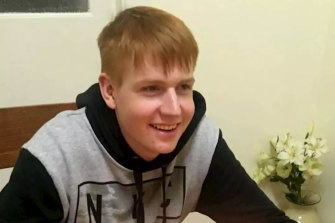 Mr Braes, 18, was misdiagnosed as having a torn knee tendon while he was battling a life-threatening bacterial infection.

By his fourth presentation to hospital, Mr Braes was in septic shock and went into cardiac arrest after being flown to Royal Prince Alfred Hospital in Sydney. 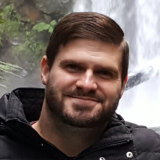 “It’s probably made me very guarded, even paranoid, in my treatment of patients.“: Doctor David Hooper.

Dr Hooper broke down as he recalled Alex and his father, John Braes, cracking jokes together in the emergency room.

“How sweetly you and Alex treated one another, it’s one of the few vivid memories I have from the first time I met you,” Dr Hooper said in an address to John Braes.

“I remember thinking you were a really good dad and I hoped I would one day have that relationship with my children.

“And I feel heartbroken that I still have my kids and you’ve lost your boy.”

On Tuesday the inquest was told only one doctor covered the 80-bed hospital overnight, juggling the demands of patients in the wards with a busy emergency department.

Some residents of the far western NSW town would turn up to emergency in the middle of the night over minor ailments because they were unable to access a GP during business hours, the inquest heard.

It is a mandatory NSW Health policy that vital signs – including blood pressure, pulse, temperature and respiratory rate – are recorded before a patient is discharged from emergency.

Dr Hooper accepted those signs can provide a vital clue of something more sinister in cases that initially appear straightforward.

However he said that at the time of Alex’s death it wasn’t routine practice to take vital signs at Broken Hill but was left to the discretion of the doctors and nurses.

That had since changed at Broken Hill and for him personally.

“It’s probably made me very guarded, even paranoid, in my treatment of patients,” Dr Hooper said.

Dr Hooper noted he had worked at five other hospitals that did not routinely check vital signs following Mr Braes’s death.

The radiographer’s report said it was “likely” Mr Braes had suffered a ruptured tendon.

Dr Hooper said he would have conducted a more extensive examination if he was seeing Mr Braes for the first time but he thought he was seeing him to deliver test results.

Dr Hooper said he had no reason to question the test results because Mr Braes appeared well, despite needing crutches and walking with a limp.

“There was nothing about Alex that stood out to me as remarkable,” he said.

Dr Hooper admitted that his notes should have been more extensive but insisted there were no outward signs of infection.

“If I’d seen a leg that looked sick to me I would have investigated that further,” he said.

As the pair left, John Braes showed Dr Hooper an infection from an ingrown toenail on his son’s foot.

Dr Hooper recalled a small amount of yellow pus next to the nail fold, and recommended Alex see a GP about it.

Dr Hooper believed the infected toenail was unrelated to the swollen knee because of a lack of swelling connecting the two.

“That would be visible almost always,” he said.

Dr Hooper said he was “terribly traumatised” by the death.

“I wouldn’t ever want to subject anyone’s family to this or any other doctor to this,” he said. “This was a profound event in my life.”

Dr Hooper was not interviewed as part of a mandatory investigation into the death called a root cause analysis, which was not conducted until complaints were made by hospital whistleblowers.

He was the first to see Mr Braes and was the only doctor on duty in the 80-bed hospital at the time.

Dr Arangala defended his decision not to investigate Mr Braes for possible infection, saying doctors were not taught to do blanket investigations “from the get go”.

“You are taught to work through diagnoses in a systematic way, and you also have to think about the resources available at the particular time,” he said.

At the end of each day, we’ll send you the most important breaking news headlines, evening entertainment ideas and a long read to enjoy.  Sign up to The Sydney Morning Herald’s newsletter here, The Age’s here, Brisbane Times’ here, and WAtoday’s here.