The actress made the claim after slamming the singer in her new book. 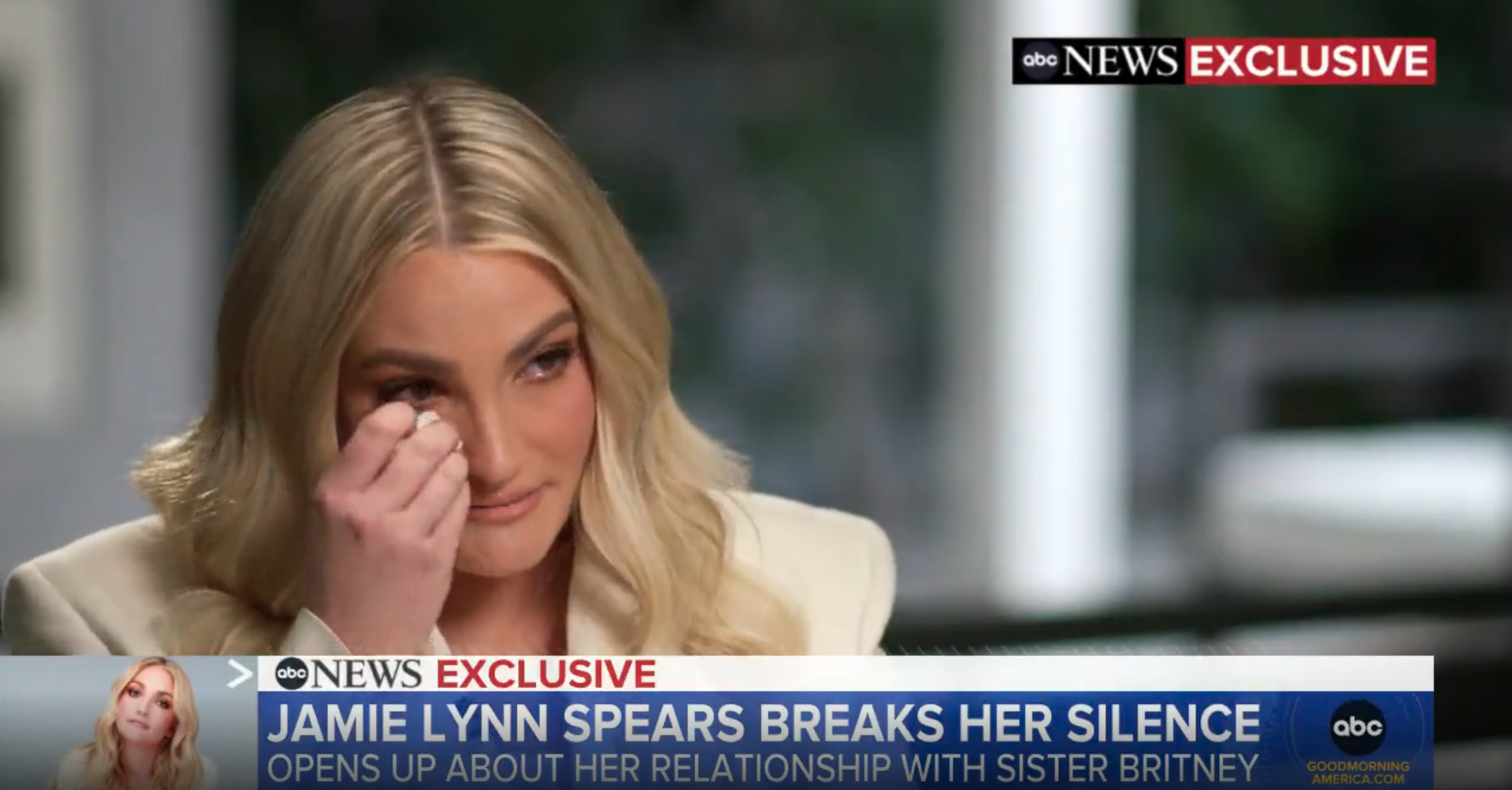 Jamie Lynn, 30, opened up about her family's strained relationship with Britney, 40, while appearing on Wednesday's episode of GMA.

When asked what "caused the rift"between her and Britney, Jamie Lynn replied through tears: "That love is still there. 100 percent.

"I love my sister. I've only ever loved and supported her and done what's right by her and she knows that, so I don't know why we're in this position right now."

Later in the interview, the Zoey 101 actress opened about how her sister's conservatorship legal win.

When asked for her "reaction to when the conservatorship was dissolved," Jamie Lynn instead she was "happy."

She continued: "When it was put into place, I was a 17-year-old.

"I was about to have a baby, so I didn't understand what was happening nor was I focused on that.

OUT IN THE COLD

"I was focused on the fact that I was a 17-year-old about to have a baby."

Jamie Lynn then insisted that she's still confused about the situation, noting: "I understand just as little about it then as I do now."

The actress then opened up about her involvement in the conservatorship, sharing that Britney asked her if she "could be the person who assured that her boys got what they needed."

Jamie Lynn then said she "didn't want to be part of" her sister's conservatorship and wanted to wait to help her until it was over.

She continued: "There was no, like, me overseeing funds or something like that and if that was, then it was a misunderstanding.

After calling herself Britney's "biggest supporter," Jamie Lynn claimed she tried to give her the resources to get out of the conservatorship.

She said: "When she needed help, I set up ways to do so.

"Went out of my way to make sure she had the contacts she needed to possibly go ahead and end this conservatorship and end this all for our family."

Jamie Lynn claimed she spoke to Britney's previous legal team and said it "did not end well in my favor."