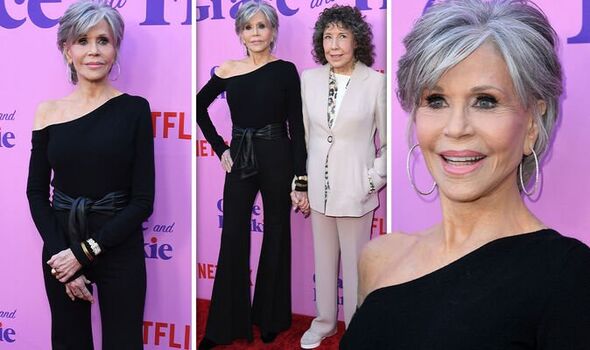 The 84-year- old acting legend wowed in an off-the-shoulder jumpsuit and heeled boots. Double Oscar-winner Jane was gracing a Hollywood gathering for her series Grace and Frankie.Its final run starts on Friday.

The lives of the on-screen pair are turned upside-down when their divorce lawyer husbands announce they are in love with each other and are leaving their wives.

The Emmy-nominated hit began in 2015 but bosses have confirmed that the forthcoming shows will be the last.

Jane and Lily have admitted that they were both “delighted and heartbroken” when the comedy was revealed to be returning – but for its seventh and final season.

In the series, Jane is a no-nonsense cosmetics boss, while her real-life pal Lily portrays a quirky art teacher.