Jeremy Hunt’s cancer scare: Tory MP reveals he was treated for ‘mild’ form of disease that has struck everyone in his family

Jeremy Hunt has revealed he has recovered from cancer.

The Tory MP, who is chairman of the Commons health committee, said he had a ‘minor’ form of the disease but it had been ‘resolved’.

And he is now well enough to take part in a charity race next month.

‘Every member of my family has had cancer,’ added the 55-year-old. ‘So it’s touched my family very dramatically, and I know it has touched many, many families.

‘My work on the health select committee has shown me there are lot of things we can do to improve our cancer survival rates.

‘They are getting better but the more we can do to raise money and raise awareness, the more lives we’ll save.’

Mr Hunt, who is the MP for South West Surrey, did not elaborate on the types of cancer he or family members have been diagnosed with. 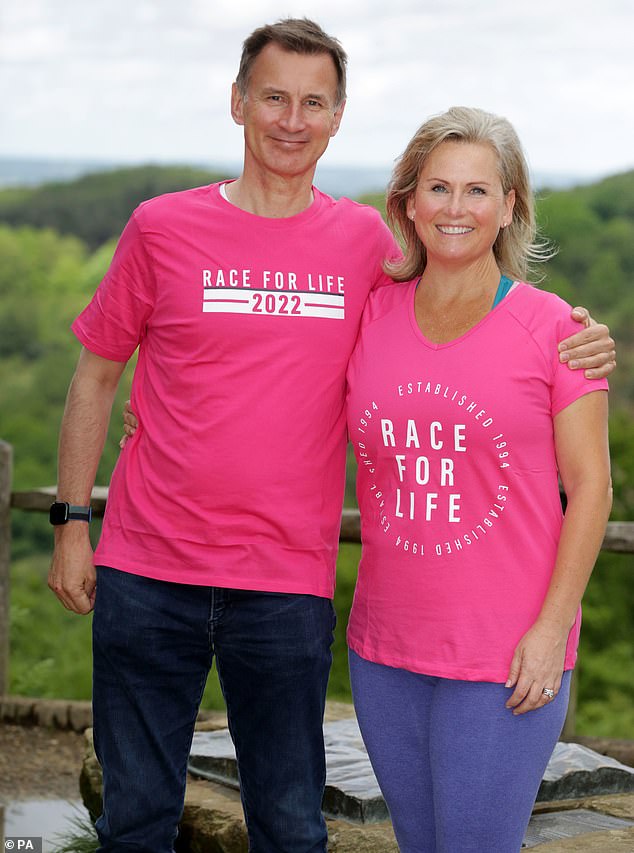 Mr Hunt, who led an attempt to topple Boris Johnson, was health secretary from 2012 to 2018, overseeing various extensions of the Cancer Drugs Fund, which provides early access to treatments.

The father of three is a champion of early cancer diagnosis and is a strong critic of the Government’s performance on plugging gaps in the NHS’s cancer workforce.

They are also supporting a campaign to establish a cancer and surgical innovation centre at the Royal Surrey Hospital in Guildford.

Miss Richardson, 47, who represents the town, said: ‘There will be few of us who have been untouched by cancer.

‘With one in two people now developing it at some stage of our lives, research into successful treatments and prevention of the disease is an overwhelming health priority.

‘Jeremy has been an advocate and champion of cancer research, advanced treatments and better patient experiences for many years.

‘It’s my pleasure to be able to join him at the Race for Life and for us to be taking forward this campaign together to allow the best possible outcomes for cancer patients in the future.’

Mr Pluthero, from Haslemere, Surrey, had successful treatment for tongue cancer in 2016 and in 2018.

The 73-year-old was diagnosed with squamous cell carcinoma in his lower right jaw in 2020 and had a ten-hour operation. Surgeons used bone from his lower leg to replace part of his jaw. 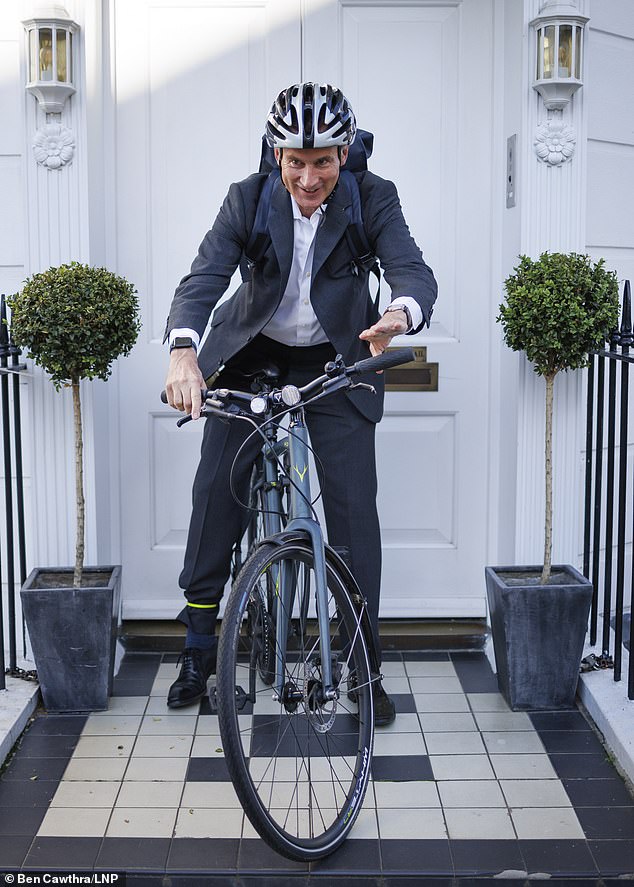 He said: ‘By taking part in Race for Life, people are funding research into life-saving discoveries, less harsh treatments and ways to educate people about lifestyle choices.

‘And they are also helping to keep loved ones together for longer, see people reach milestone birthdays, and bring forward the day when all 200 types of cancer are cured.’ Half of people in the UK born after 1960 will get cancer in their lifetime, according to Cancer Research UK.

Race for Life, in partnership with Tesco, is a nationwide series of 3km, 5km and 10km races for runners and walkers of all ages and abilities.

Held along with children’s events, the races raise millions of pounds every year.

Instead of flowers, donations were requested to be made to the Royal Surrey Cancer Centre.