President Joe Biden has been once again roasted for his creepy behavior around kids – after he was seen lurking in the background of children’s selfies as he peered through a shop window on Nantucket.

Over the holiday weekend, the president, 80, featured in the eerie close-up after unexpectedly approaching the Lemon Press Juice Shop window in Cape Cod, Massachusetts.

Several young girls had been watching excitedly as Biden strolled the streets of town.

Biden is on Nantucket with his family for Thanksgiving, which he spent at the home of billionaire David Rubenstein.

As the president wandered around the town on Saturday, nursing what appears to be a milkshake, one of the children can be heard screaming from the restaurant: ‘There’s Joe! Oh my God, hi!’

The interaction follows Biden’s years-long reputation for towing the line with women he meets in public. 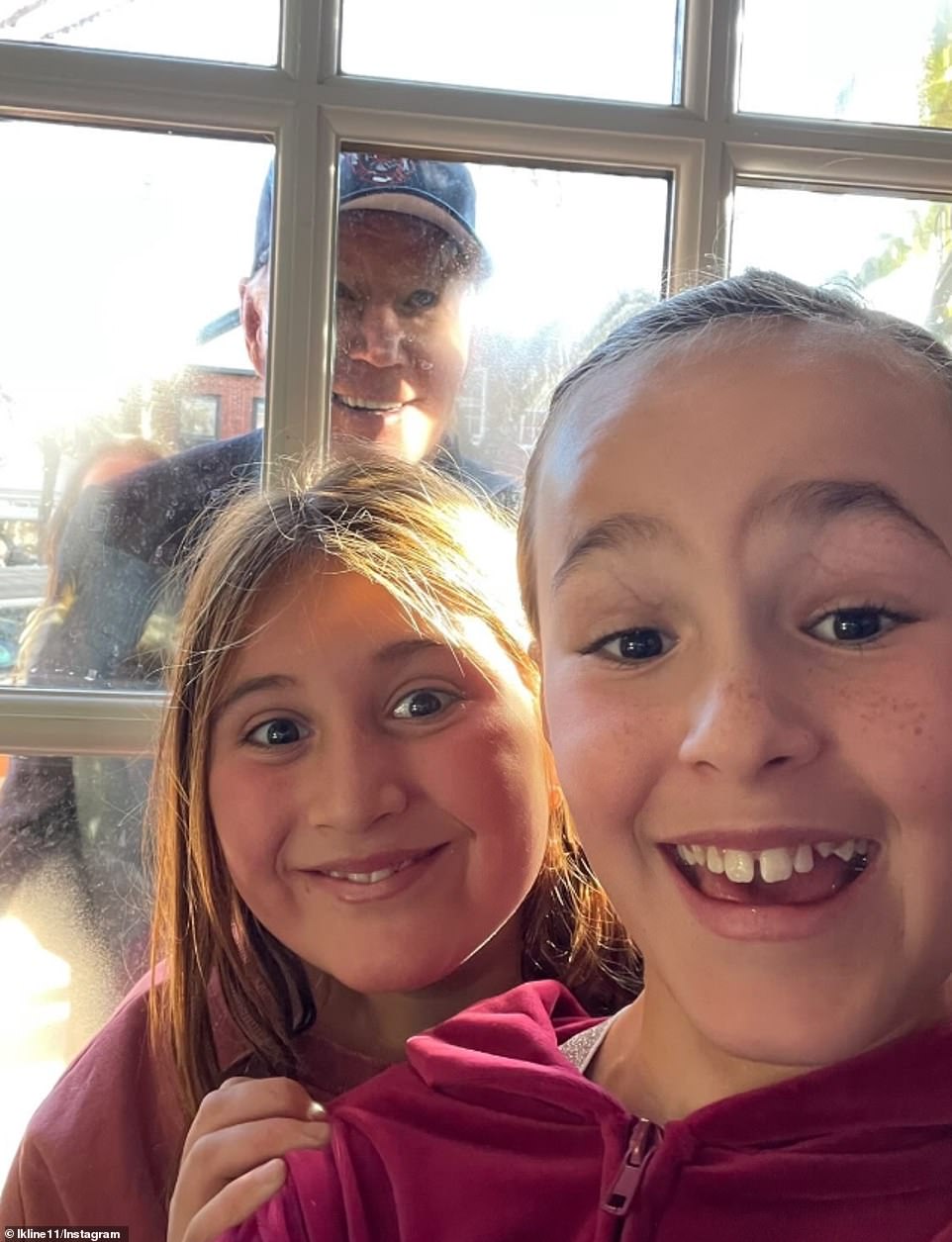 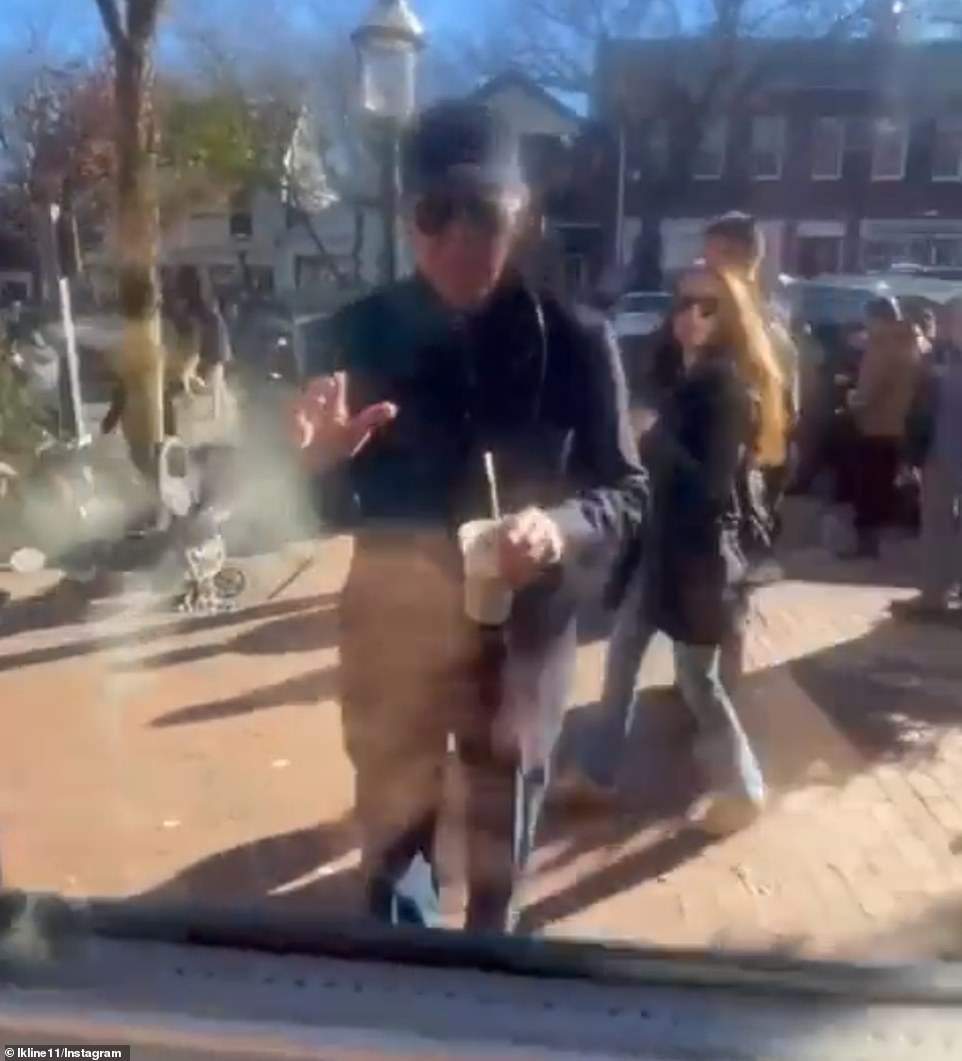 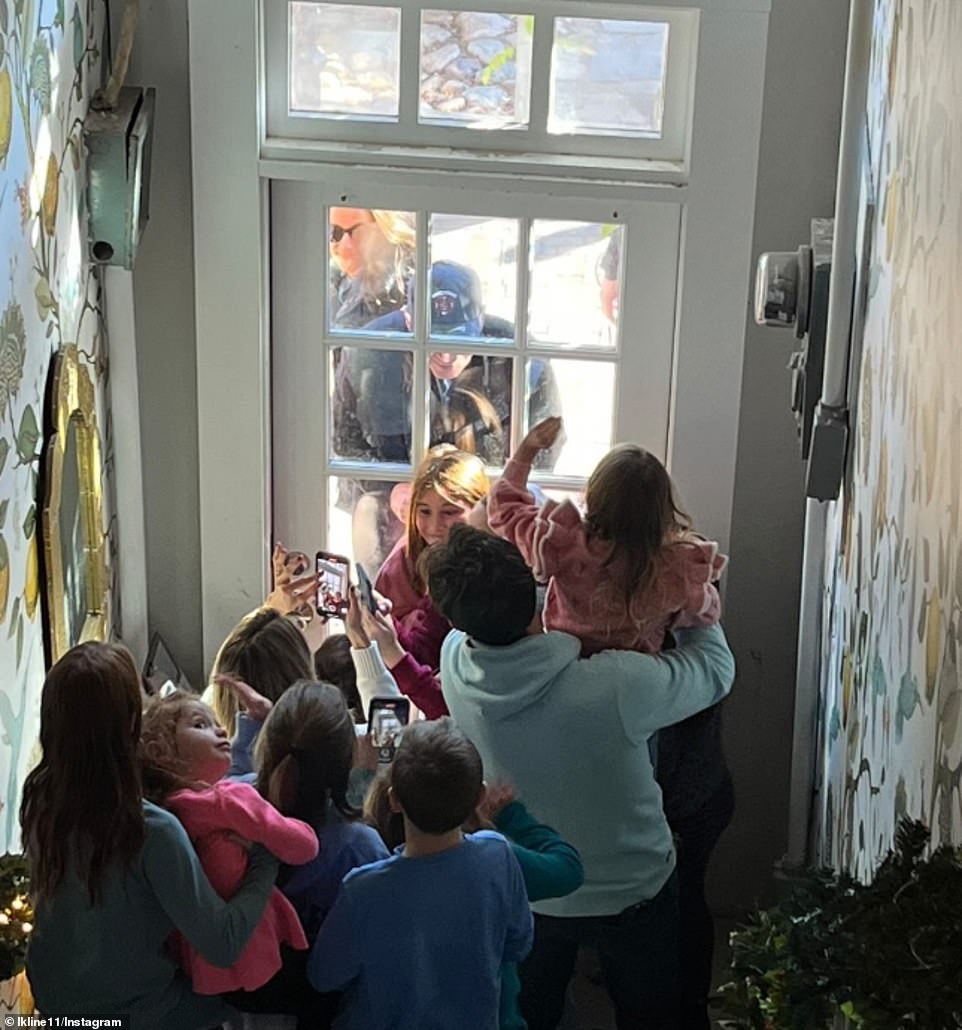 When he heard the children’s cries, Biden made a beeline for the window and began to wave.

Lowering himself to their level, Biden removed his sunglasses and smiled at the cohort of kids.

But some on social media were not so amused by the president’s child-centric antics.

‘This is not normal. Stop trying to normalize this. If this was any other old man, you would all be freaking out, too,’ wrote one user on Instagram, responding to a post from the Nantucket Current.

He was lambasted by others who mocked the 80-year-old for his habit of appearing to sniff young girls in close range.

‘Thankfully there was glass to protect them from getting sniffed,’ wrote one user.

‘Given his history with children the creep factor is high,’ wrote another.

A fourth commenter said the shop owners should ‘Keep him outside.’

And one online observer wrote: ‘Things in life that never change. Death taxes and Biden with little girls.’

But others online felt the president’s actions were sweet and emblematic of his role as a grandfather.

‘They’ll have that memory for a lifetime,’ wrote one user on Twitter.

Others chimed in that the interaction demonstrated sensitivity and warmth from the president. 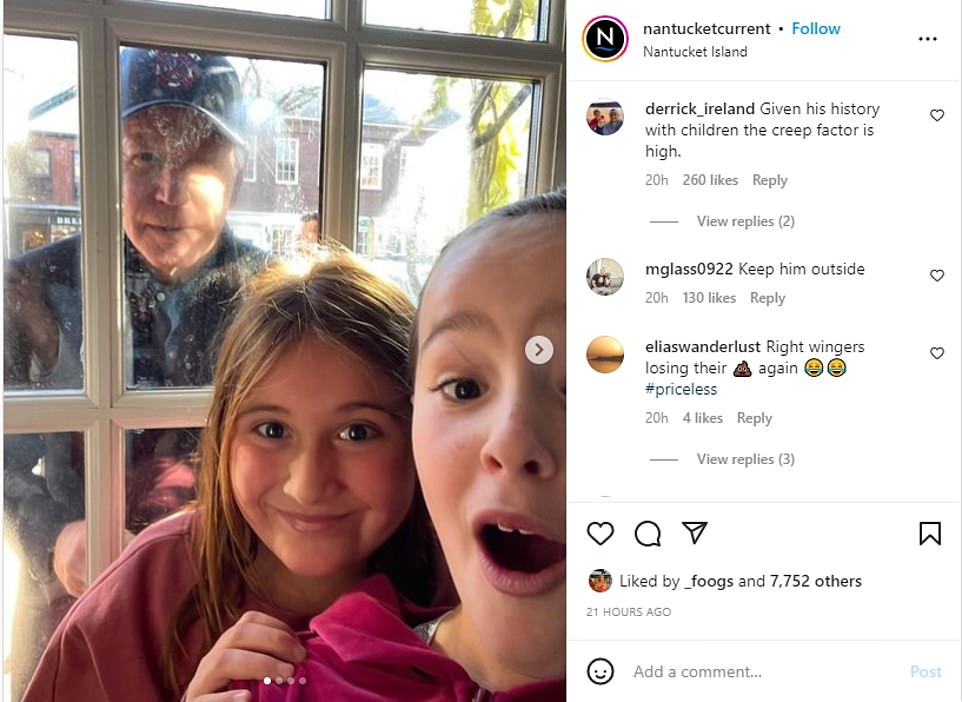 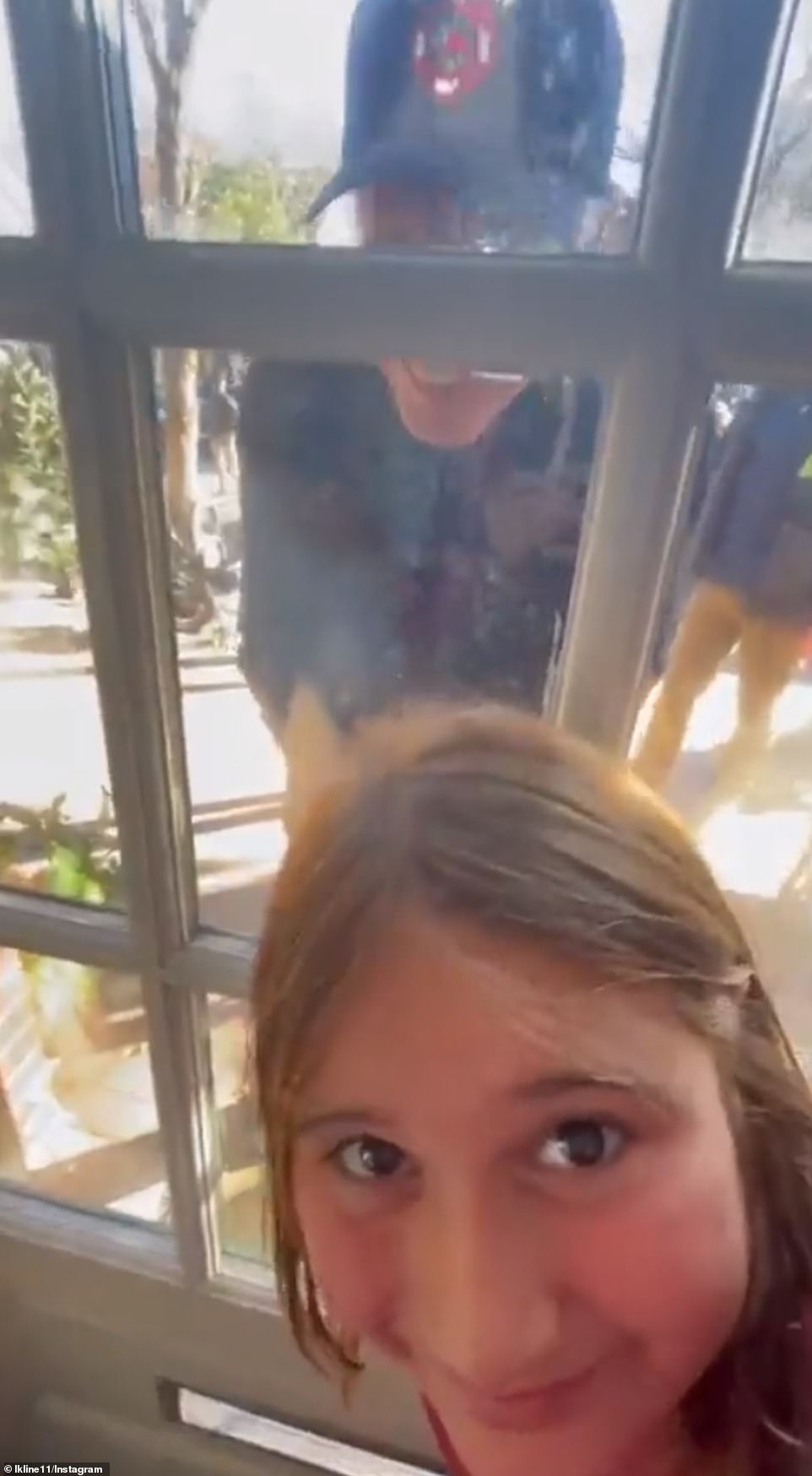 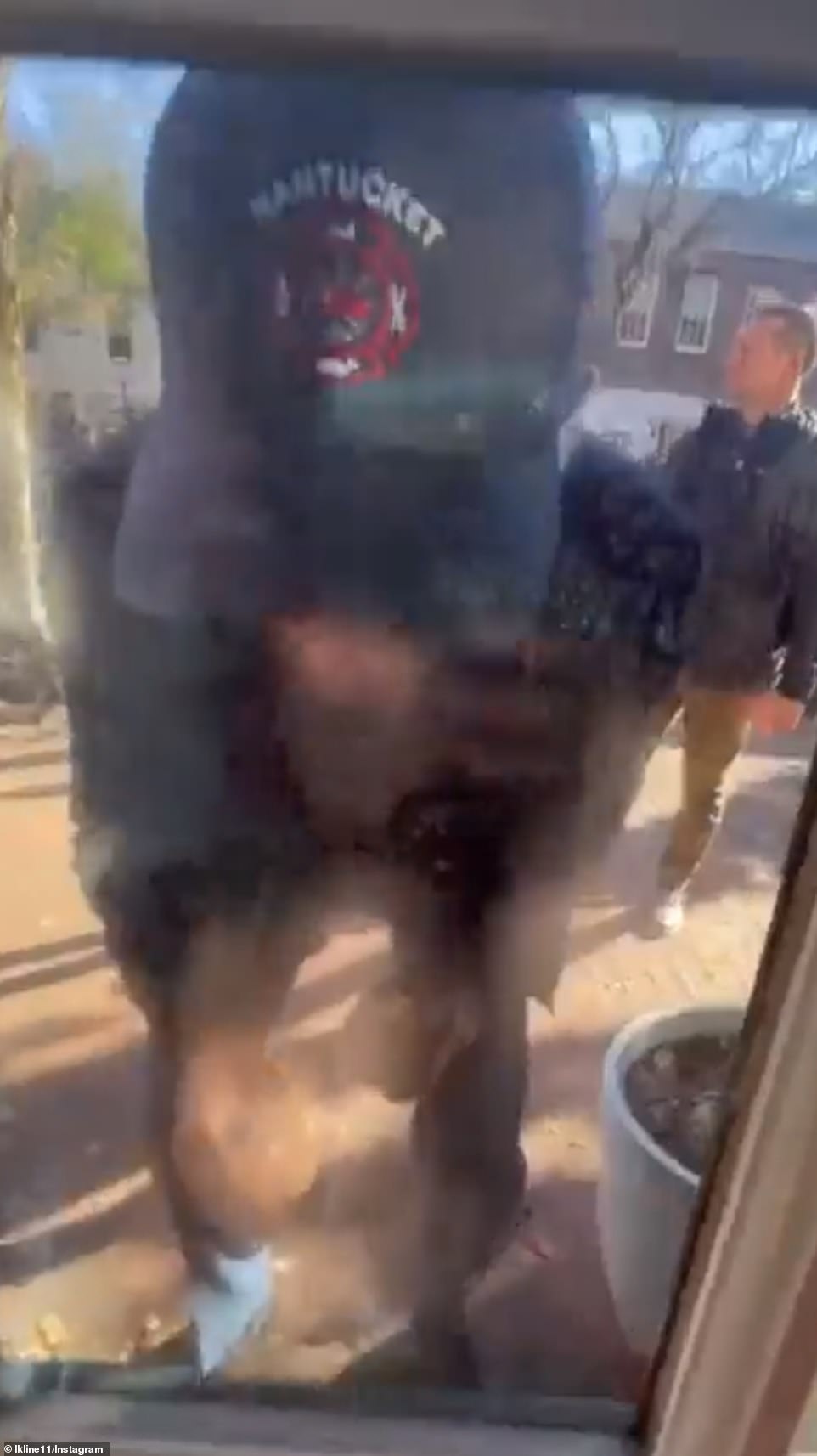 Biden has previously addressed his record of ‘inappropriate touching,’ which prior to his most recent presidential run, he claimed had been years of him attempting to forge ‘human connection.’

‘I want to talk about gestures of support and encouragement that I’ve made to some women and some men and I’ve made them uncomfortable,’ he said in a 2019 video ahead of his White House run.

‘I shake hands, I hug people. I grab men and women by the shoulders and say you can do this, whether they’re women, men, young, old. It’s the way I’ve always been and tried to show that I care about them and I’m listening,’ he said.

Though he said in the video he would change his ways with the times, just last month, the touchy commander in chief raised eyebrows again when he grabbed a teenage girl by the shoulders and offered unsolicited dating advice.

‘Now, a very important thing I told me daughters and granddaughters – no serious guys until you’re 30!’ he told a female student at a California community college. 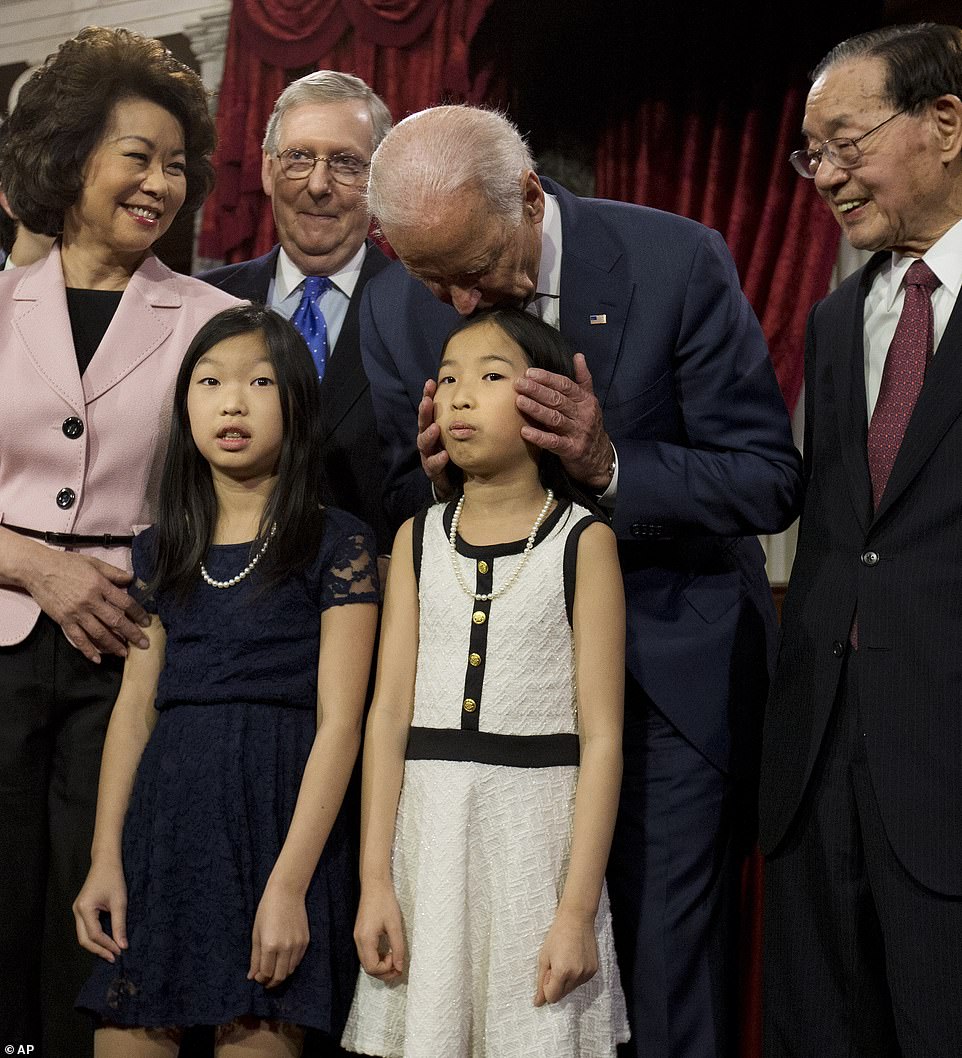 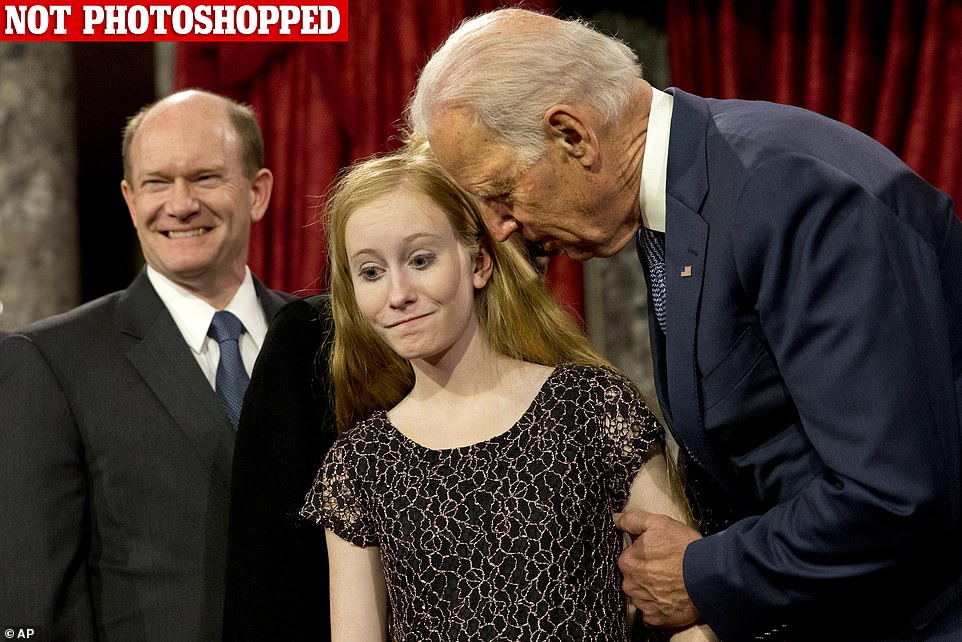 Vice President Joe Biden leans in to say something to Maggie Coons, next to her father Sen. Chris Coons, D-Del. in 2015

Prior to the bizarre interaction with the teenager, Biden shocked a Virginia audience when he told an elementary-aged girl that she ‘looks like she’s 19 years old, sitting there like a little lady with her legs crossed’ during a speech at a military base.

A year before that, Biden appeared to kiss his then 19-year-old granddaughter on the lips during a speech ahead of the Iowa caucuses.

In addition to a number of bewildering and awkward comments delivered on the campaign trail, Biden has a decades long history of questionable physical touches with young female family members of his Washington colleagues.

On several occasions, he can be seen getting too close for comfort with the daughters and nieces of Senate and other Capitol Hill colleagues.

January 2015: Biden is pictured kissing the head of Mitch McConnell’s young niece as her uncle is sworn in as Senate Majority Leader

January 2015: The then-Vice President is pictured leaning in close to speak with the young daughter of Democrat Senator Chris Coons

February 2015: Biden is caught on camera touching Stephanie Carter as her husband, Ashton, was sworn in as Secretary of Defense.

The photo led Biden to be dubbed ‘Creepy Joe’ and Creepy Veep’ in a Telegraph article published just days later.

Mrs Carter later said of the photo that it had been ‘misleadingly extracted from what was a longer moment between close friends’. 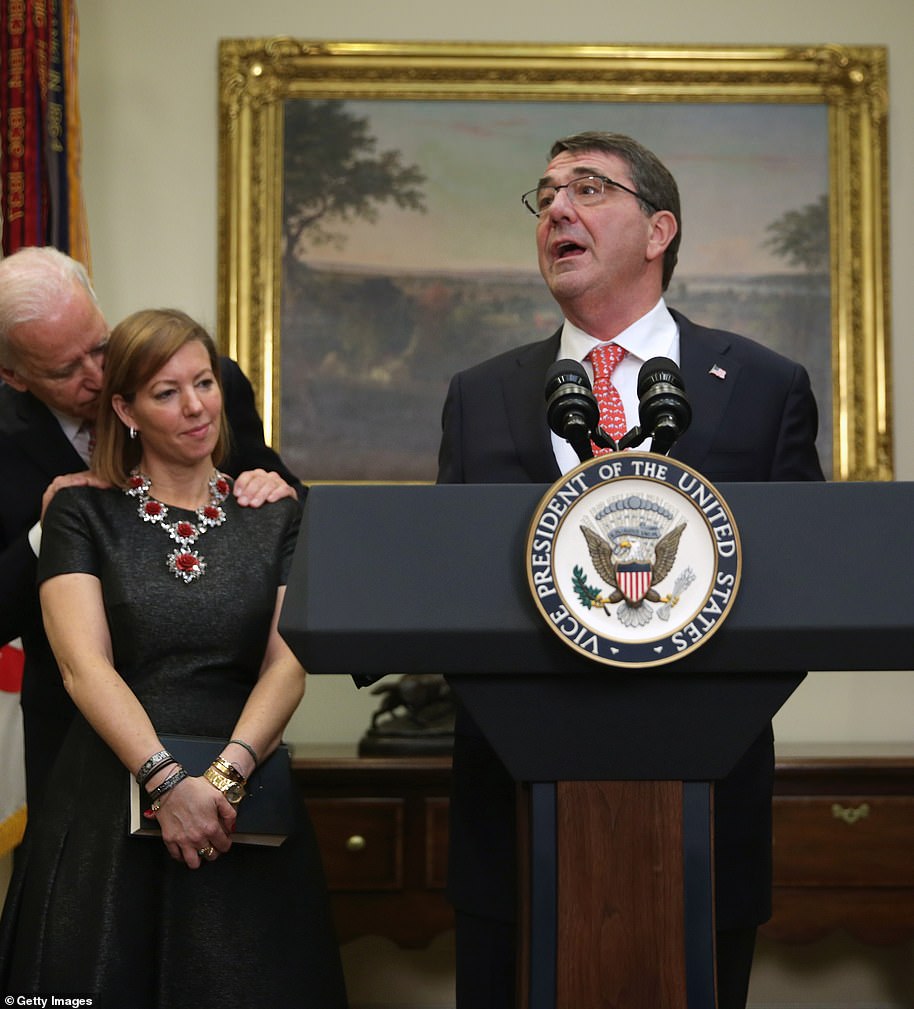 Biden is caught on camera touching Stephanie Carter as her husband, Ashton, was sworn in as Secretary of Defense

April 2019: D.J. Hill comes out claiming Biden made her feel ‘very uncomfortable’ when he touched her in Minneapolis in 2012

April 2019: Caitlyn Caruso claims Biden gave her a hug that lasted ‘just a little bit too long’ when she was a teenage student attending an event devoted to sexual assault in 2016

April 2019: Biden addressed the claims of inappropriate touching in a video, stating:  ‘I always try to be in my career, always tried to make a human connection.

‘That’s my responsibility, I think. I shake hands, I hug people. I grab men and women by the shoulders and say you can do this, whether they’re women, men, young, old. It’s the way I’ve always been and tried to show that I care about them and I’m listening.’

March 2020: Former Senate staffer Tara Reade accuses Biden of sexually assaulting her in a hallway in 1993. He vigorously denies the allegation.

May 2020: Biden gave his teen granddaughter a kiss on the lips while giving a speech at a campaign trail event ahead of the Iowa caucuses

October 2020: Biden told a group of underage female dancers: ‘I’m coming back and I want to see these beautiful young ladies, I want to see them dancing when they are four years older too!’

May 2021: Biden told an elementary-aged girl that she ‘looks like she’s 19 years old, sitting there like a little lady with her legs crossed’ during a speech at a Virginia military base

October 2022: Biden appeared to grab a teenage girl by the shoulders and tell her, ‘no serious guys till you’re 30,’ while posing for a picture at a California community college