Sir Keir Starmer has sparked a new Labour civil war after unveiling plans to radically overhaul the way the party chooses its leader.

Sir Keir wants to scrap the current ‘one member, one vote’ system and replace it with a version of the electoral college system which was previously used by the party.

The proposals would see a return to unions, MPs and party members being split into respective categories, with each being responsible for one third of the result.

The shake-up was immediately condemned by left-wing party activists who have accused Sir Keir of launching a ‘bureaucratic attack’ and vowed to fight the move.

The ‘one member, one vote’ system was instrumental in Mr Corbyn winning the party leadership in 2015 and then winning the subsequent leadership challenge against him in 2016 as left-wing activists rallied behind him to keep him in power.

A row over the leadership election proposals is now likely to overshadow the Labour Party’s annual conference which is due to start in Brighton this weekend. 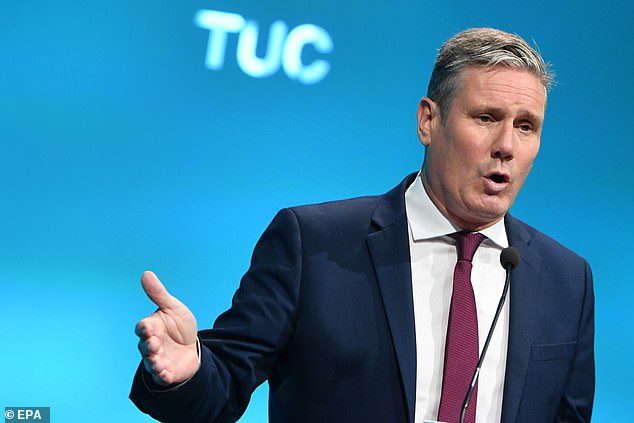 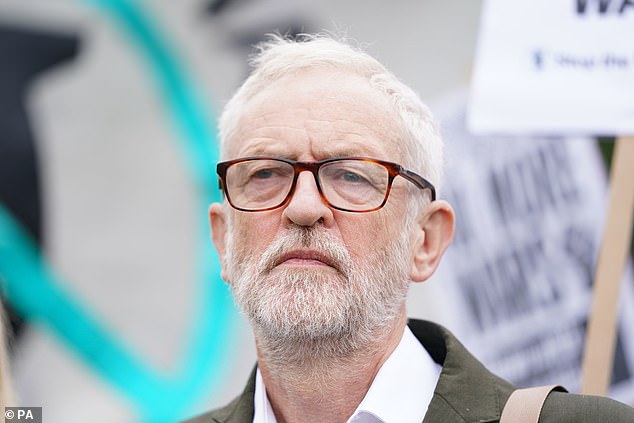 Sir Keir has briefed the shadow cabinet on his plans and will set them out to trade union leaders tomorrow.

‘Our rules as they are right now focus us inwards to spend too much time talking to and about ourselves, and they weaken the link with our unions,’ Sir Keir said.

‘These are two things that have got to change if we are serious about winning the next election.’

The Labour leader is understood to favour the three parts of the electoral college having an equal share of the vote.

The move to reduce the weight of members’ votes has sparked fury on the Labour left.

Mr Corbyn said: ‘Removing the current system of electing Labour’s leader – again reducing the members’ vote to one third while increasing the vote of MPs to one third – would be deeply undemocratic.

‘It’s time to stop attacking Labour members’ democratic rights – and take the fight to the Tories.’

Richard Burgon, secretary of the Socialist Campaign Group of Labour MPs, said a return to the electoral college system would ‘treat members with contempt and must be rejected as anti-democratic’.

Frontbencher Rachael Maskell also criticised the plans, saying that as an MP she should have ‘no greater say’ than other party members.

‘The members are ultimately the party and they should equally elect their leader,’ she said.

Other changes proposed by Sir Keir include reforms of the reselection process and a shake-up of the policy-making process.

He said: ‘These rules won’t be presented on a take it or leave it basis. I am prepared to take suggestions and ideas, and have a conversation and to try and build consensus. But the principles are important to me.

‘I know that this is difficult – change always is – but I think these changes are vital for our party’s future.

Although the changes will be presented to unions as an attempt to bolster their position, Unite – Labour’s biggest donor – is opposed to the move.

Unite’s general secretary Sharon Graham has written to Labour MPs saying the proposal to ditch the OMOV system introduced in 2014 was ‘deeply disappointing’. 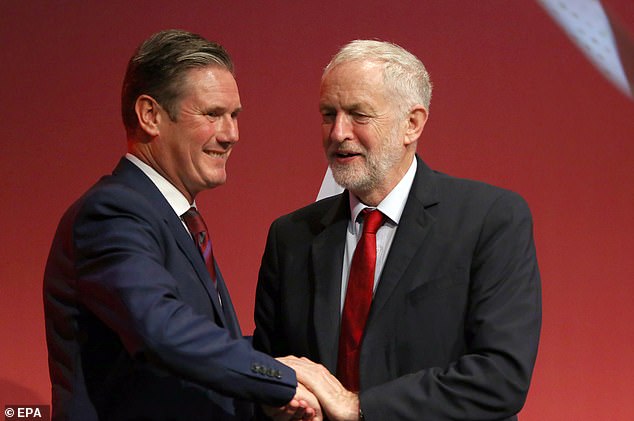 The Momentum campaign group, which was born out of support for Mr Corbyn’s leadership, has vowed to oppose the reforms

‘Unite believes in democracy and this proposal to reduce the entire membership to one third of the vote, while inflating the vote of Labour MPs to one third, is unfair, undemocratic and a backwards step for our party,’ she said.

The proposed changes are expected to be put to a vote of Labour delegates at the party’s conference.

The Momentum campaign group, which was born out of support for Mr Corbyn’s leadership, criticised the plans.

Momentum vice-chair Callum Bell said: ‘Any attempt to take these rule changes to conference would mark the start of a civil war in the party.

‘Grassroots members will have no choice but to mobilise all our strength to fight back against this bureaucratic attack. Conference will get very messy, very fast – and there is no saying who will come out on top.’