Home » World News » ‘Lies you have to pay for’: Why Alex Jones has been ordered to pay millions

Washington: Picture this. You’re the parents of a six-year-old child killed in the deadliest school shooting in US history.

After the horrific incident, a far-right conspiracy theorist uses his online platform to lie about the murder, resulting in his followers harassing you while you grieve. 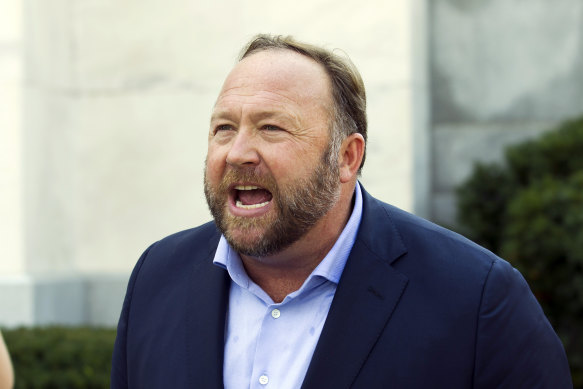 While it all seems too unconscionable, that’s exactly the kind of turmoil that Scarlett Lewis and Neil Heslin were forced to endure after Alex Jones – a Donald Trump loyalist who runs the lie-peddling website Infowars – told his audience that the 2012 Sandy Hook Elementary School shooting was a hoax, and that the grieving parents of those who died were actors.

A decade since the mass shooting, a form of justice has finally been served. While nothing could ever take away the loss of a child, a jury in Texas today ordered Jones to pay the parents of Sandy Hook victim Jesse Lewis $US45.2 million in punitive damages – one day after issuing a $US4 million award in compensatory damages.

The payment was vindication for Jones’ years of deception. He had already been found guilty last year for defaming the victims’ families while spreading conspiracy theories that Sandy Hook – in which 20 children and six staff were killed – had been part of a government scheme to confiscate guns and that the victims’ families were complicit in the plot. 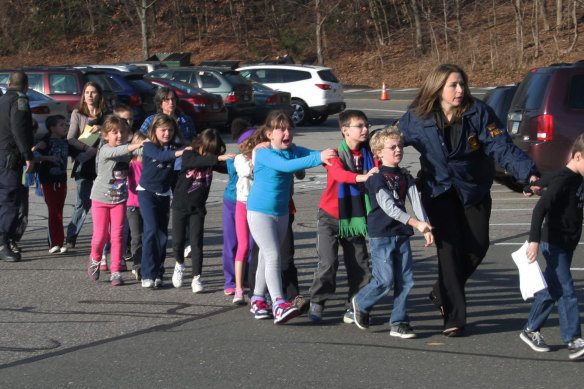 As a result of Jones’ lie, some of his followers fired gunshots at the home of Jesse’s parents. Others made phone threats or them online.

But Sandy Hook wasn’t his only fabrication: Jones has also claimed, among things, that the Pentagon was using chemical warfare to turn people gay; that COVID19 isn’t real; and that September 11 was an “inside job” perpetrated by the government.

And even this week’s trial itself – the first of three to determine how much Jones owes the victims’ families for the suffering he caused – was filled with falsehoods.

In one of the most gratifying stages of the hearing, the plaintiff’s lawyers revealed that Jones’ attorneys mistakenly sent them years of Jones’ mobile phone records – completely contradicting what Jones had said earlier, under oath, when he claimed he had never texted about Sandy Hook.

“Do you know what perjury is?” the plaintiff lawyers’ asked.

Texas has a law that caps punitive damages at $750,000 per plaintiff, so it’s not clear whether Heslin and Lewis will get the full damages awarded by the jury.

Heslin and Lewis’ attorney said he believed the punitive damage caps were unconstitutional as applied to the case and would fight them if needed, Bloomberg reported.

However, the trial revealed that Jones was worth between $US135 million and $US270 million.

Jones’ lawyer also said after the verdict that his client would return to the airwaves to “keep doing his job holding our power structure accountable”. 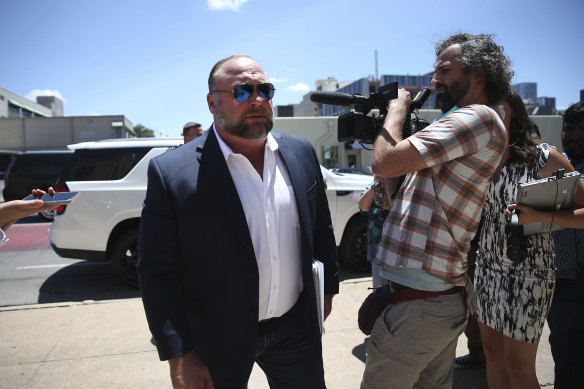 Alex Jones arrives at the Travis County Courthouse in Austin.Credit:AP

Nonetheless, the result is significant because of the message it sends: that terrorising others with conspiracy theories and lies – something that has become all too common in the US – comes at cost.

As the plaintiff’s attorneys had told the jury: “Speech is free, but lies you have to pay for.”