A 21-YEAR-OLD man leaped from the Vessel in an apparent Hudson Yards suicide.

The man jumped from the monument at around 11.30am on Monday. 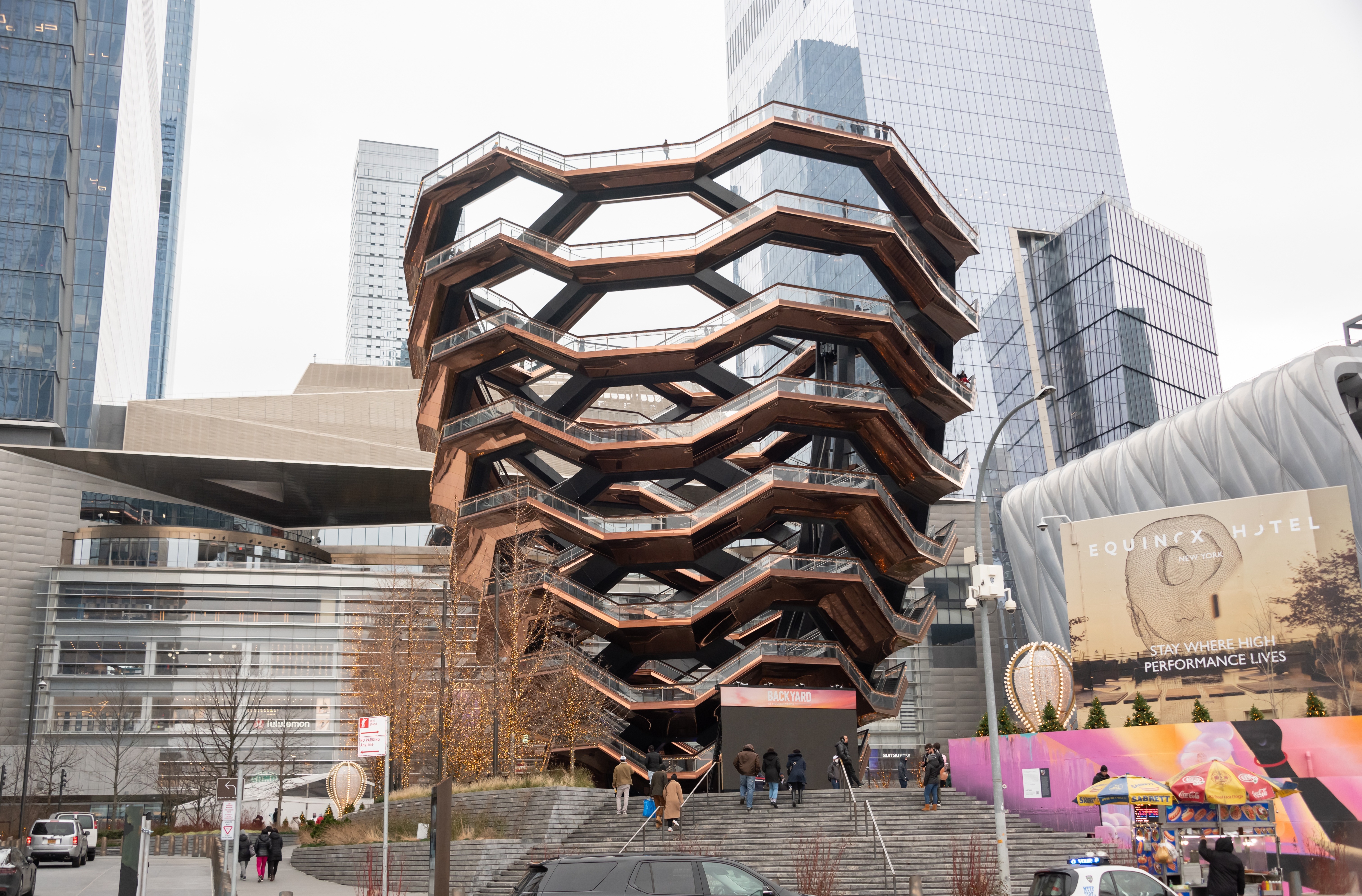 The young man was pronounced dead at the scene, cops told The Sun.

The incident serves as the second time in under one month that someone has jumped from the building.

Yocheved Gourarie, 24, from Brooklyn, climbed the Vessel in Hudson Yards and jumped, landing on the concrete below on December 22.

It was then revealed that Gourarie had scheduled a final Instagram post to go live following her death.

The post contained a photograph of herself with her face turned up toward the sun accompanied by a heart-wrenching note.

At the top of the post, which was shared with her 891 followers, Gourarie warned in capital letters that the post was "sensitive and shocking" and suggested people "sit down before reading" it.

She wrote: "If you’re reading this, I’m gone.

"Either that or somehow incapacitated in the hospital so I can’t delete this scheduled post. I really hope I’m not though."

A 19-year-old from New Jersey also died after jumping from the building last February.