The man who was filmed with two of the four murdered Idaho students in their last hours has been ‘identified’ and is ‘cooperating with police,’ according to one of the victims’ sisters.

The young man’s name has not yet been made public but he was he was filmed walking up to a food truck with Madison Mogen and Kaylee Goncalves on Sunday at 1.45am – less than two hours before they were murdered in their home.

He was filmed standing near the girls but not speaking to them as they waited for their food from the truck.

Once they were handed their order, the girls – who staff said appeared to be slightly intoxicated – walked off together, leaving him behind. 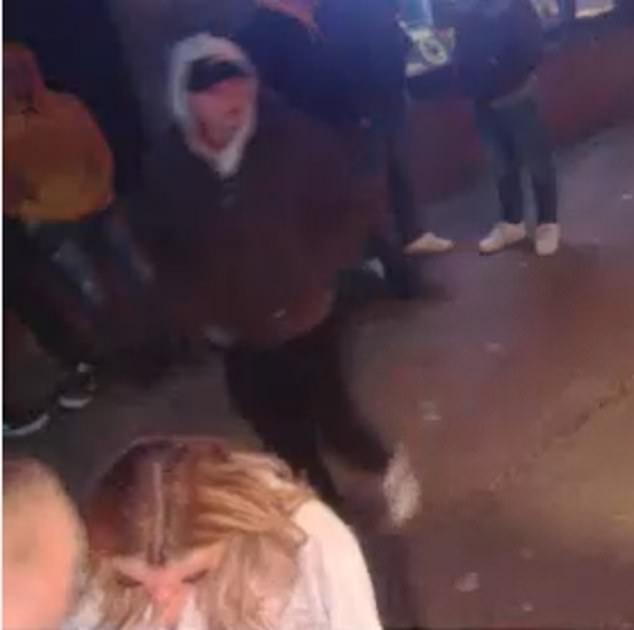 The young man’s name has not yet been made public but he was he was filmed walking up to a food truck with Madison Mogen and Kaylee Goncalves on Sunday at 1.45am – less than two hours before they were murdered in their home 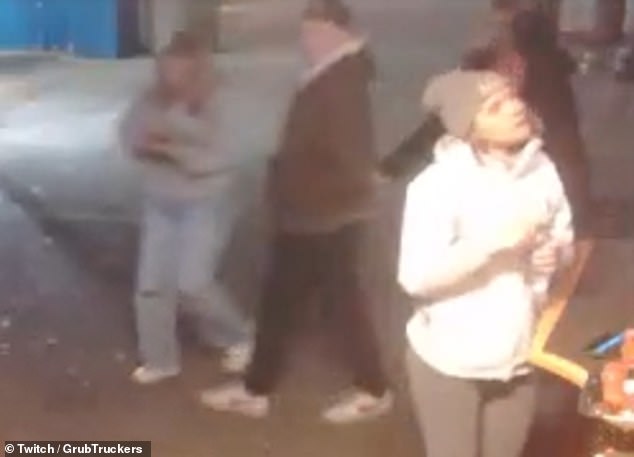 The girls arrived at the food truck with this young man, shown in a brown jacket and hoodie. They seem to have walked over from the other side of Main Street 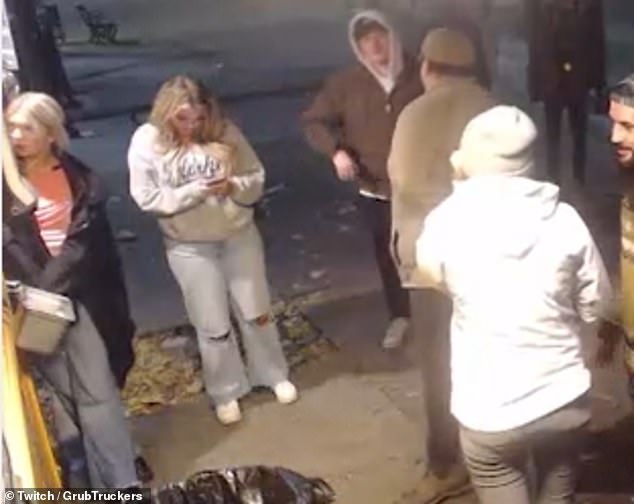 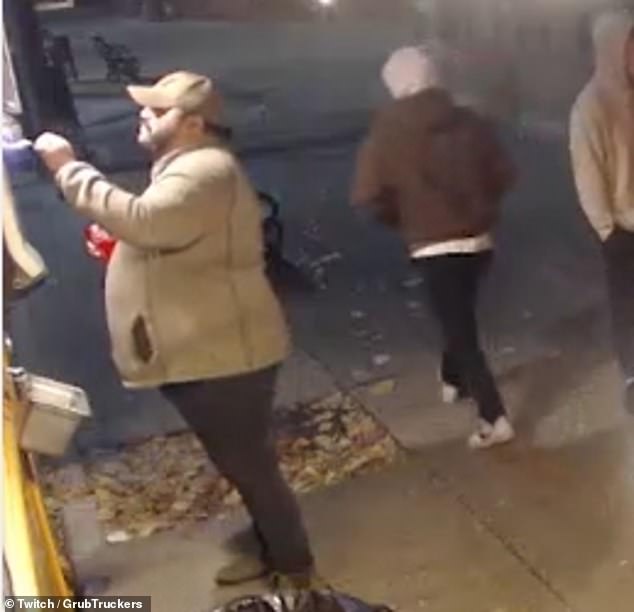 The girls walked away without the young man, leaving him standing speaking to others. He then walked off himself in a different direction 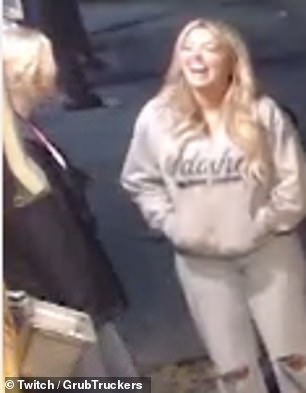 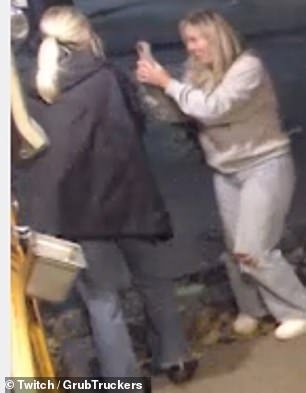 The video shows  Madison Mogen and Kaylee Goncalves stumbling towards the desk, ordering a plate of carbonara pasta, and waiting 10 minutes. They interacted with other young kids who were also waiting for food and took photos of each other before walking away with their food

He waited a few seconds then walked in a different direction, out of the view of the cameras.

On Thursday night, Kaylee’s sister told Chris Cuomo on his NewsNation show that the boy had been identified.

‘I think a lot of people were curious about that person. We were able to identify him.

‘And as far as I know, he has cooperated with the police. And that’s all that I know about that,’ she said.

It’s unconfirmed if the boy is Jake Schriger, Madison’s boyfriend who is said to now be bereft.

When the girls were handed their food, they walked out of the camera’s view, the boy gestured after them.

He then walked away, strolling in a different direction.

The video was filmed by the food truck operators – Grub Truckers – as part of a live stream from Saturday night in Moscow, Idaho.

When Kaylee placed the order at 1.43am, the server – Joseph Woodall – welcomed her by saying: ‘Welcome back!’

Speaking to DailyMail.com on Wednesday, he revealed that he mistook them for two other girls who’d been there earlier in the night.

He said the community is now scared and dubious about why police believe there is no reason to panic. 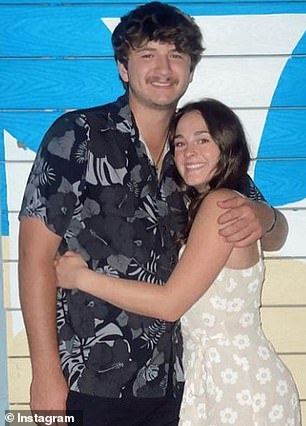 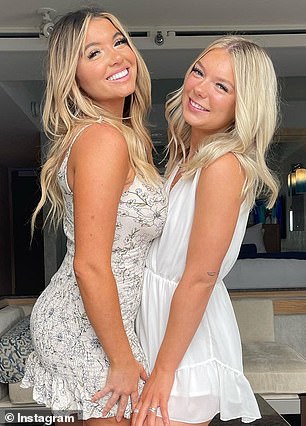 ‘What everybody is talking about now is not knowing why police are saying we don’t have to panic. Nobody is panicking but no one is walking around at night either,’ he said.

Woodall, the manager at the truck, said the pair were ‘slightly intoxicated’ but didn’t stand out among the dozens of other kids he served.

‘There was nothing out of the ordinary, they were definitely having a good time but I don’t remember anybody standing out.

‘There was no one giving off bad vibes or standing around,’ he said.

Alivea Goncalves, Kaylee’s sister, also told Cuomo she was frustrated with the lack of action by police.

‘This happened in a small town. I understand local authorities were probably overwhelmed but we’re losing critical time.

‘I want more coverage I want more done. I want more people speaking out…it’s been me and the families. That’s been really difficult.’ 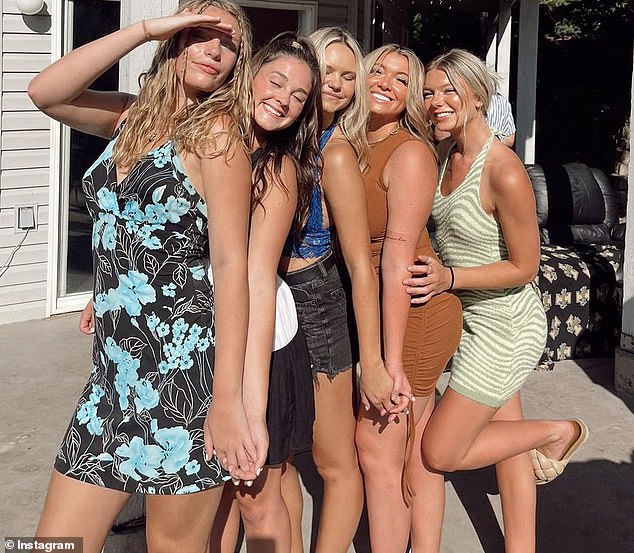 She said that her sister had no problems with boyfriends or friends, and wasn’t being threatened.

‘There’s nothing – no boy problem, no threat, no high risk lifestyle that could have indicated this. It has taken all of us completely by shock and we have absolutely no ideas,’ she said.

Her frustration was echoed by the family of Ethan Chapin, another of the kids who was murdered.

In a statement, Ethan’s father Jim said: ‘The silence further compounds our family’s agony after our son’s murder.

‘For Ethan and his three dear friends slain in Moscow, Idaho, and all of our families, I urge officials to speak the truth, share what they know, find the assailant, and protect the greater community,’ he said.

‘Until we have someone in custody, there’s no way with any amount of confidence to say this is isolated,’ she said.