A Taiwanese grandfather has been caught using his grandchild to smack away an aggressive goose.

Witnesses at the Metropolitan Park outside the Chimei Museum in Tainan said they saw a young child being chased though the park by a goose.

A concerned grandfather then swept up the young girl as the goose looked to attack her. However, with the goose now pursuing the grandfather, the man uses the child to bat away the goose, sweeping her around to kick the bird in the head, appearing to protect himself.

In the viral video, another goose is being filmed in a serene park as it grazes with its head down in the Tainan Metropolitan Park in western Taiwan.

The young girl can then be heard screaming in the background with the goose continuing its chase before the camera moves to capture the man using the young girl to bat the goose away.

The goose is then knocked back as it spreads its wings and waddles away towards the other geese. 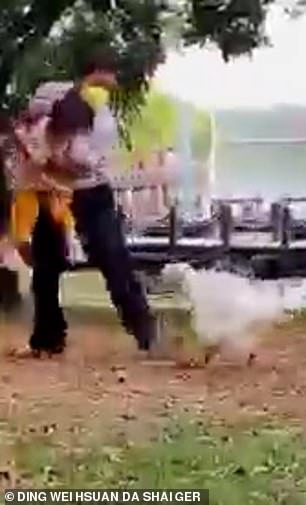 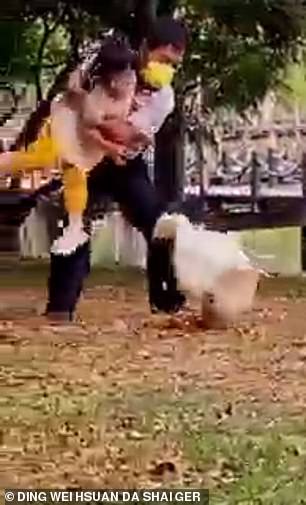 The goose in pursuit of the granddad, moments before he uses the child to fend the goose off.

The goose that received the smack to the head is thought to be named Beckham. Chimei Meuseum have named 14 of its white geese that reside within the park grounds.

Geese have a series or sharp serrated teeth-like edges within their beaks called tomia. The tomia are made from cartilage rather than enamel but would prove incredibly painful if you were bitten.

Geese are also very territorial and protective birds. They will scream and hiss at humans and other animals if they feel they are getting too close to their nest or young. 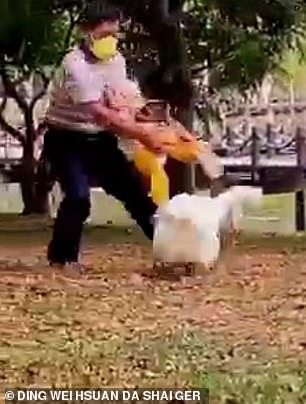 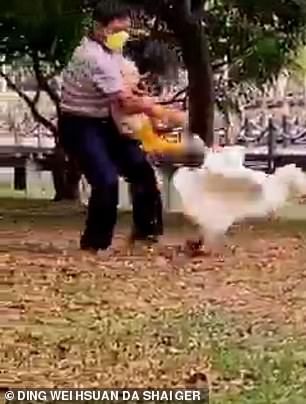 Fend it like Beckham: The grandfather uses his granddaughter to fend off the goose, which is named Beckham.

Chimei Museum have since urged the public not to feed the geese or approach them. They added that the geese can get understandably aggressive when people encroach on their home.

The video has since been circulated by many across social media, amassing 16,000 shares on Facebook. 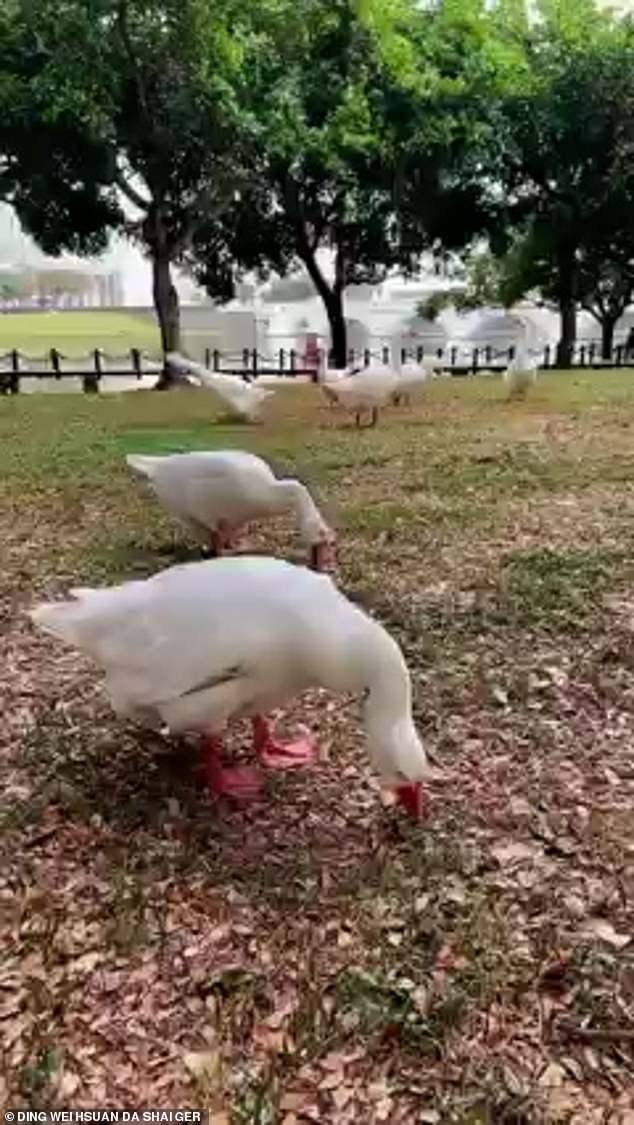 Some of the Chimei Museum’s 14 geese are seen grazing in the Metropolitan Park in Tainan moments before the grandad uses the young girl to bat away an aggressive goose, appearing to save himself.