An Australian transgender sportswoman has called for limits on trans women competing in female sports, calling their inclusion a ‘slap in the face to women’.

Mianne Bagger is a professional golfer who competed as a woman after sex reassignment surgery in 1995, but admitted you ‘can’t gloss over’ the difference in ‘physical ability’.

Ms Bagger, who has been branded a ‘hypocrite’ in the trans community for her science-based reasoning, said it was ‘ridiculous’ to suggest those born as biological men weren’t going to get an unfair advantage in physical sports.

She said recent changes to Olympic rules meaning transwomen who haven’t had any surgical intervention can compete in female sport were ‘not acceptable’, because of the ‘obvious and quite irrefutable’ role of testosterone.

But fellow trans athlete Caroline Layt takes the opposite view.

Ms Layt believes all trans women athletes should be allowed to participate in women’s sport if they have taken hormone treatment, with no requirement for gender realignment surgery.

Ms Bagger, who is from South Australia, said that position is ‘absolutely not OK’. 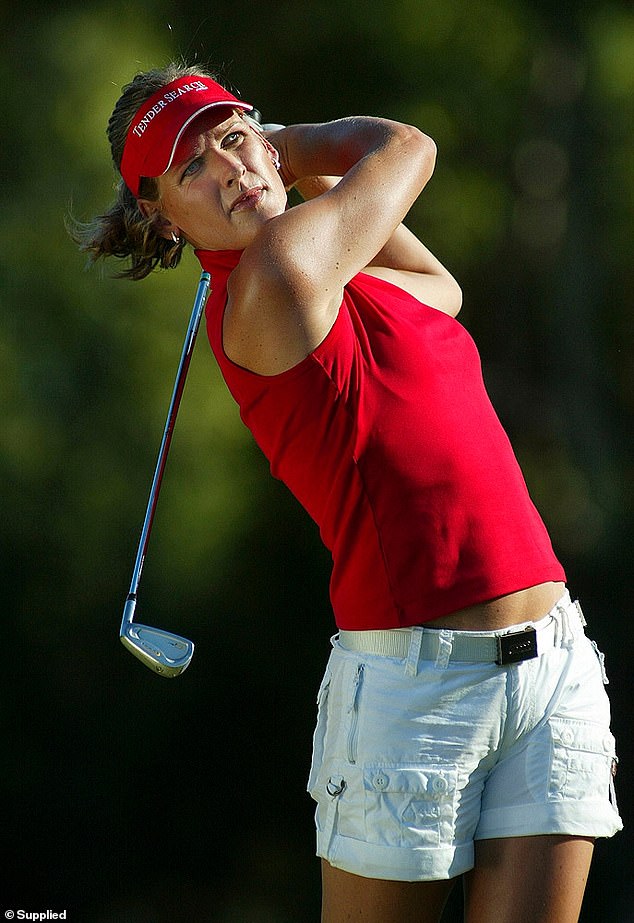 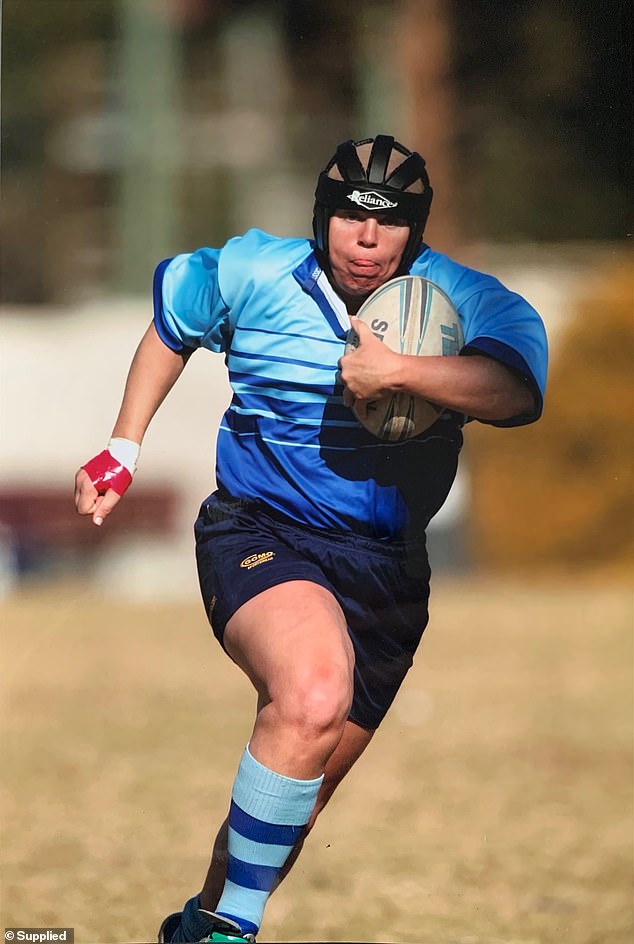 The Save Women’s Sports Bill, which is proposed by Liberal senator Claire Chandler, has become a hot topic in the federal election campaign due to comments made by candidate Katherine Deves.

In a YouTube panel in 2021 Ms Deves compared her anti-trans activism to the Nazi resistance movement.

Ms Chandler’s Bill seeks to preserve biology-based eligibility standards for participation in female sports, which would would allow clubs at any level to exclude trans women from women’s sport.

Ms Bagger said the rules around allowing trans women to compete in women’s sport are loosening.

‘This climate continues to change, seemingly with less and less requirement for medical intervention and gradually leaning more and more towards self identification (as a woman),’ she told Daily Mail Australia.

She said that is the case in Canada.

‘Any male can basically wake up one morning and go “I’m female”… and have all legal access as a woman in society, and that includes sport, with no medical intervention, and that’s absolutely not OK.’

Ms Bagger said she has no problem with how people want to live or describe themselves ‘in everyday society… who cares if a guy wants to wear a dress to work?’ 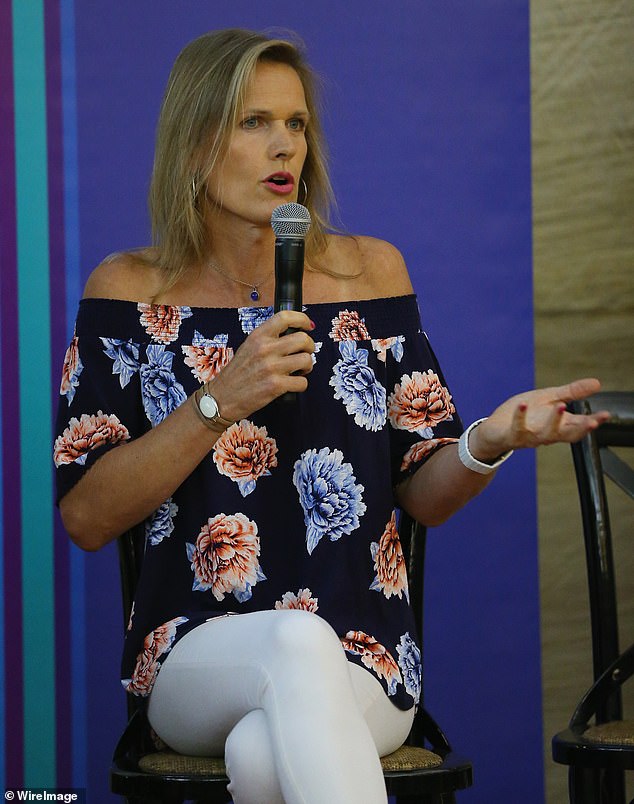 Mianne Bagger addresses guests during a Speak Out event on March 2, 2017 in Sydney

But she said when it comes to sport it’s not just about ‘equality or lack of discrimination’.

‘It is about physical ability. And you simply can’t gloss over that… there is a glaring physical difference between males and females, based on biology.’

Ms Bagger said there needs to be a minimal level of requirement before allowing trans women access to women’s sport because of differences in performance between the sexes.

After playing amateur golf for years, in 2003 she was able to play professionally after the issue was addressed by the International Olympic Committee (IOC). 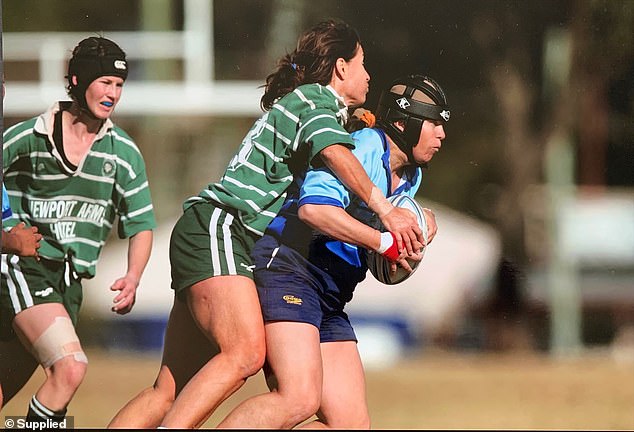 Caroline Layt (pictured in the blue jersey) is tackled in a rugby game. Ms Layt had sex reassignment surgery in 1998 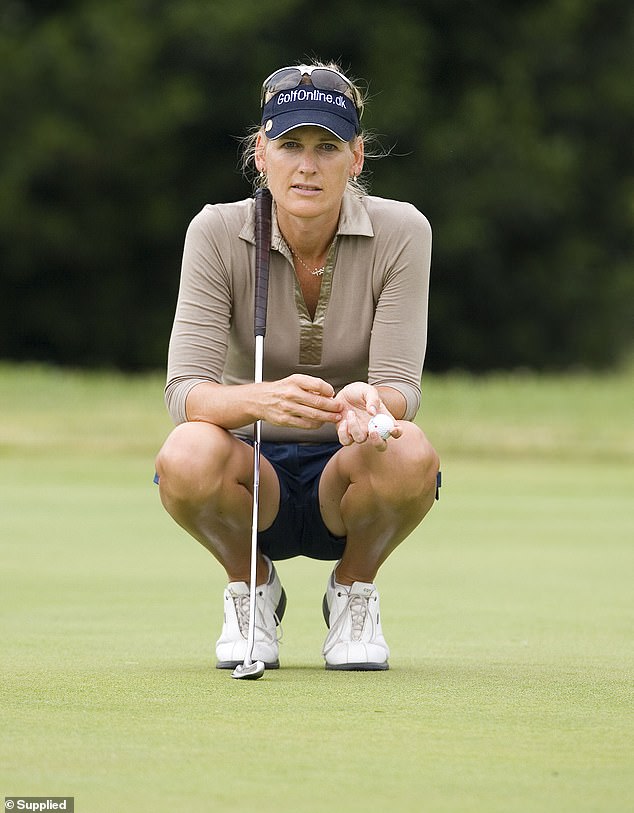 The IOC allowed transitioned women to compete in the Olympics so long as they had surgical intervention followed by a two-year ineligibility period.

‘They then came out with an amendment to that policy in 2015 which removed the requirement for surgery and then only had a 12 month ineligibility period (after a person said they wanted to compete in the opposite sex to which they were born).

‘It’s quite a drastic difference and in my view this is really quite a slap in the face to women,’ she said.

‘I’ve never found that acceptable, at all.’

Ms Bagger said the latest version of the IOC policy is ‘pretty much denying the role of testosterone as a factor in the difference in physical ability between men and women, which I think is pretty obvious and quite irrefutable’.

‘It is male puberty that gives men and boys the physical advantage over women in sport and physical ability in general,’ she said.

‘I am still of the view that the 2003 policy should stand, with an appropriate amendment on more emerging research. My views haven’t changed at all.’

She added that recent research ‘has shown that a 12 month period of loss of testosterone is not at all enough to mitigate the advantages gained by going through male puberty.’

Ms Layt, a former rugby player who had a successful career competing as male before transitioning to female, doesn’t agree with any blanket ban on trans women playing.

But she does believe they should be under hormone regulation and monitored to play contact or combat sports. 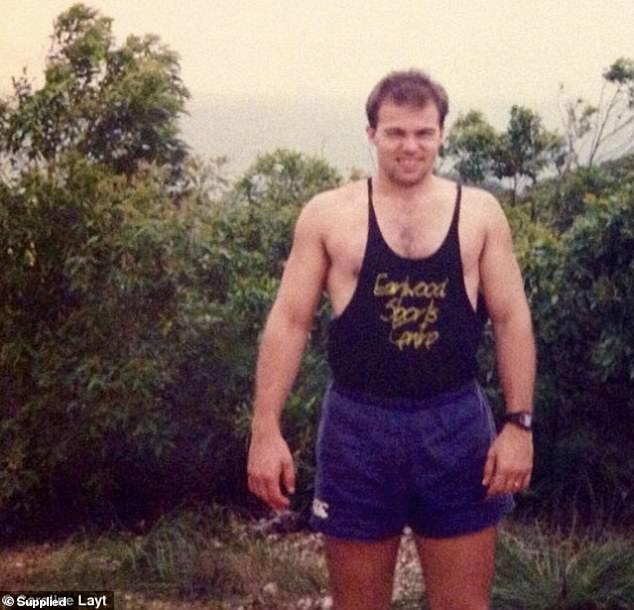 Mianne Bagger is pictured as a youngster. In 1995 she had sex reassignment surgery

Ms Layt, who had sex reassignment surgery in 1998, does not think this should be necessary for someone born male to participate in female sport if they self identify as female.

‘Genitals don’t give the (sporting) performance to someone,’ she said. She said it was enough to be given hormone treatment ‘to put that person in the female range’.

She said, though, the testosterone level ‘has to be monitored more for someone who hasn’t had surgery’.

Ms Layt said some sportswomen such as basketballer Lauren Jackson, who is 1.96 metres, already have a height and strength advantage over other women they compete against.

‘There is an inherent genetic advantage from their genetic traits,’ she said. ‘I’ve played against female athletes who are a lot taller and bigger and stronger than me.’

Ms Layt said she finds the argument of trans women athletes having a strength advantage is ‘outdated’.

To learn more about this issue, including interviews with Ms Bagger and Ms Layt, see The Insight episode Gender Games – how do we strike a balance between transgender inclusion, fairness, and safety in sports? on Tuesday, April 19 at 8.30pm on SBS and SBS On Demand. 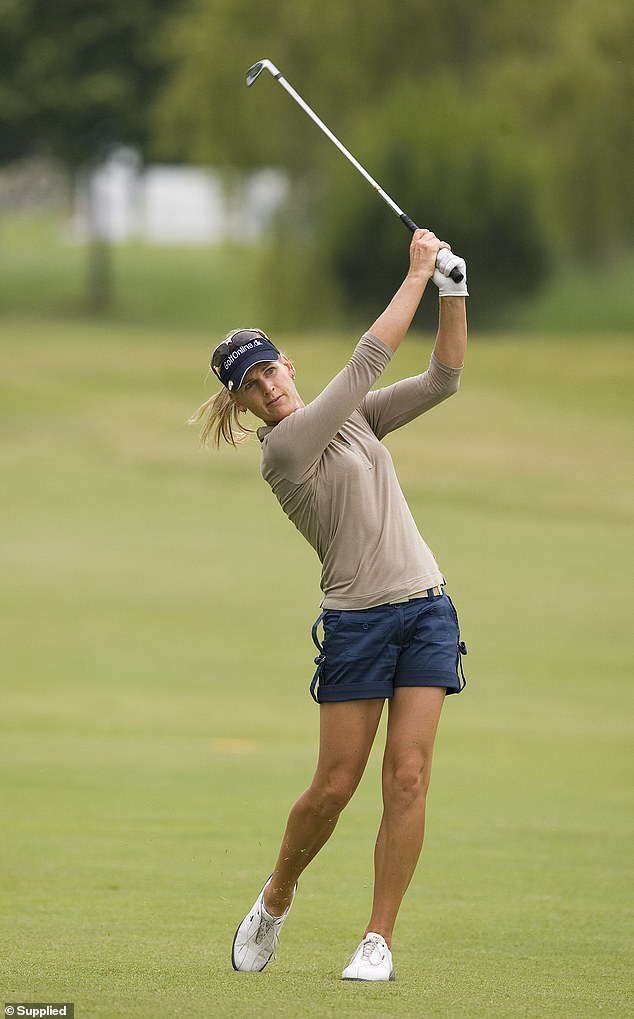 Mianne Bagger (pictured) playing in the fourth and final round of the BMW Ladies Italian Open, in May 2007