‘Licence to kill’ has ‘no limits’: MI5 can authorise informants to commit most serious crimes including murder, kidnap and torture, court hears after challenge by human rights groups

There are ‘no limits’ to the crimes MI5 can authorise informants to commit, potentially including murder, kidnap and torture, the Court of Appeal has heard.

Four human rights organisations are challenging a previously secret policy, which has been in place ‘since at least the 1990s’, under which MI5 ‘purports to authorise its agents to participate in serious crimes’ in the UK.

Privacy International, Reprieve, the Committee on the Administration of Justice and the Pat Finucane Centre say the policy effectively ‘grants immunity to agents and their handlers’.

They have taken legal action against MI5, also known as the Security Service, and MI6, as well as the Foreign Office, Home Office and GCHQ and argue there is ‘no lawful basis for the policy’.

In December 2019, the Investigatory Powers Tribunal (IPT) held by a 3-2 majority that MI5 does have the power to authorise the commission of criminal offences by informants.

Opening the four groups’ appeal against that ruling on Tuesday, Ben Jaffey QC said: ‘This appeal raises an important issue of principle: can intelligence agencies operate a policy under which they authorise and permit, indeed encourage, their agents to commit criminal offences?’ 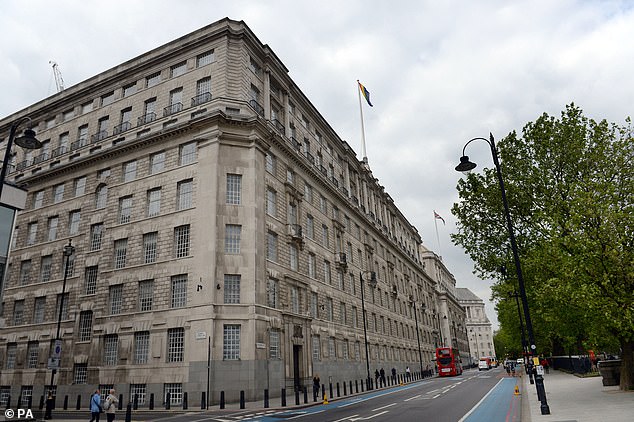 There are ‘no limits’ to the crimes MI5 can authorise informants to commit, potentially including murder, kidnap and torture, the Court of Appeal has heard. Pictured, MI5 building

He told the Court of Appeal in London that ‘there are no limits to what crimes can be authorised, at least on the partial version of the policy that is currently public’.

Mr Jaffey argued that ‘the practical effect of the policy’ is to grant immunity from the criminal law because the crimes are ‘authorised and conducted in secret, and withheld from the police and prosecutors’.

He said the guidelines for those handling ‘agents’ – who are not MI5 officers, ‘but are recruited and receive instructions from MI5’ – ‘expressly permits officers to encourage, counsel and procure crime, providing that an authorisation under the guidelines has been issued’.

Mr Jaffey added: ‘There is nothing in the guidelines prohibiting the Security Service from authorising killing, torture or inhuman and degrading treatment, or deprivation of liberty.’

He also referred to the Covert Human Intelligence Sources (Criminal Conduct) Bill, which would allow informants to break the law and is currently before Parliament.

Mr Jaffey said the decision to put the policy under challenge into law showed the Government ‘has tacitly accepted the need for legislation to remedy the position’, despite maintaining that the policy is lawful.

Sir James Eadie QC, representing the Government, argued that it would be ‘impossible’ for MI5 to fulfil its functions ‘without covert human intelligence sources, also known as agents’.

He said in written submissions that ‘the whole purpose of covert human intelligence sources, their raison d’etre, is to act to frustrate plans for and acts of terrorism and serious crime’.

He added that it was ‘critical to the performance of the Security Service’s functions that their agents can participate in crime’, and said any criminality committed by an agent ‘is done for the common good’. 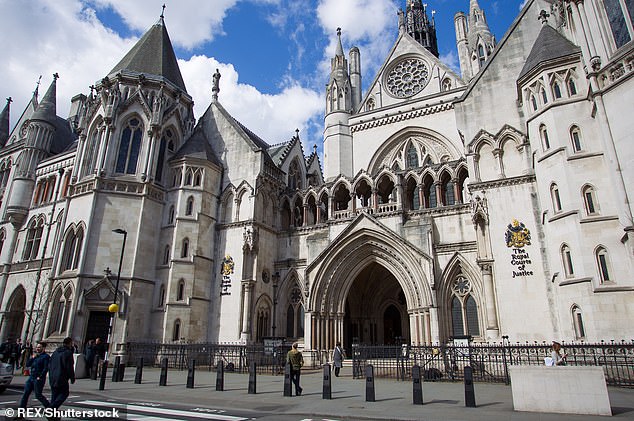 Four human rights organisations are challenging a previously secret policy, which has been in place ‘since at least the 1990s’, under which MI5 ‘purports to authorise its agents to participate in serious crimes’ in the UK. Pictured, the Royal Courts of Justice

Sir James told the court that the policy’s guidelines stated that participating in crimes may be necessary ‘in order to secure or maintain access to intelligence that can be used to save life or disrupt more serious criminality’.

He argued that ‘such behaviour is an inevitable and necessary part of agents’ ability to function as providers of vital life-saving intelligence’.

In the IPT’s ruling, the tribunal’s president Lord Justice Singh said MI5 has ‘an implied power’ under the Security Service Act 1989 ‘to engage in the activities which are the subject of the policy under challenge’.

He found that preventing MI5 from embedding an informant in a proscribed terrorist organisation because they would be committing a criminal offence ‘would strike at the core activities of the Security Service’.

Lord Justice Singh added that ‘this does not mean that (MI5) has any power to confer immunity from liability under either the criminal law or the civil law’.

However, two members of the tribunal found the policy was unlawful, with Professor Graham Zellick QC saying an authorisation to participate in criminality was ‘in itself intrinsically unlawful’.

The hearing before Lords Justice Davis, Haddon-Cave and Dingemans is listed for three days, but is expected to conclude by Thursday morning.