A MIAMI spring breaker has been charged with starting a riot after 1,000 party goers.

Police charged Jovan Washington, 30, from Indiana, with inciting a riot, disorderly conduct and violating the city's curfew as thousands flocked there during the Covid-19 crisis. 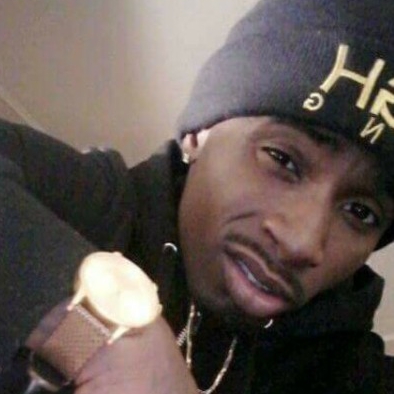 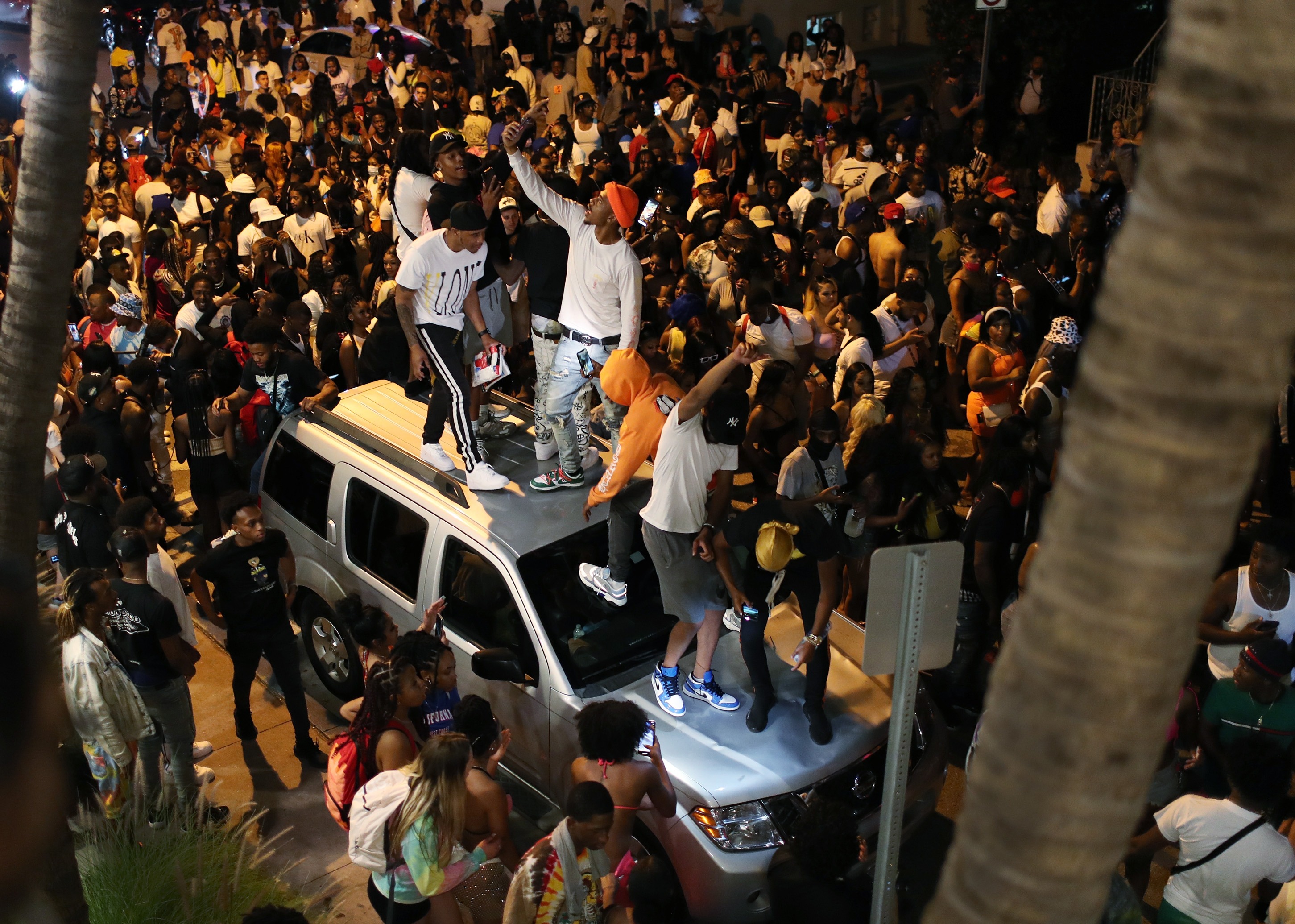 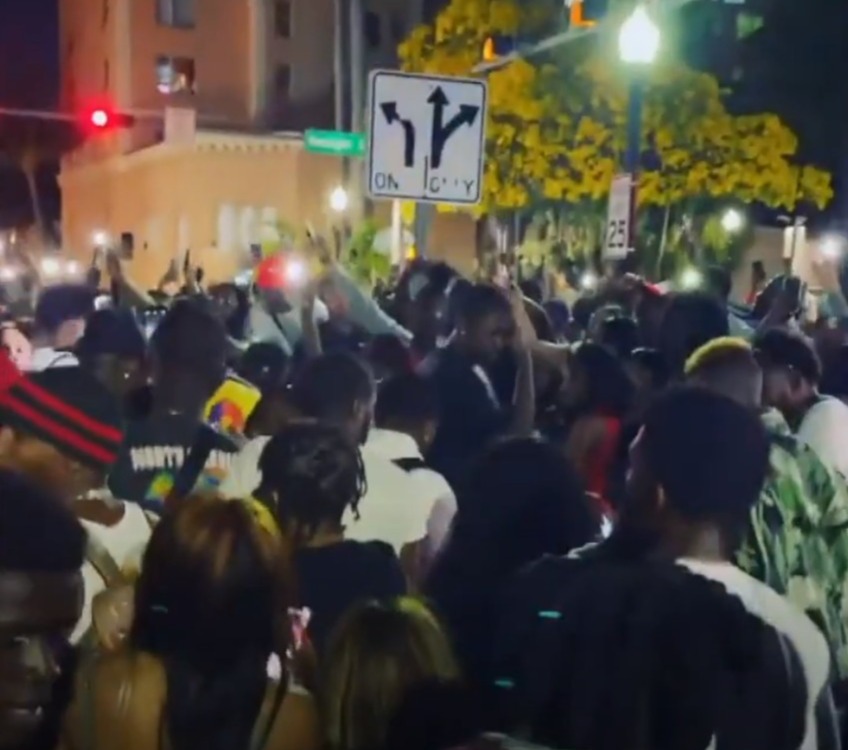 On Tuesday, he appeared in court and posted a $2,500 bond as he told the judge: "My speaker wasn't even that loud," reported WPLG.

The city was under a strict curfew from March 20 when a SWAT team was called to the city because of the revelers' carnage, which was allegedly egged on by Washington.

When cops said the city was under a "state of emergency" and to clear off, they were "uncooperative" – but police said Washington was "enticing the crowd with music from speakers."

The aggressive rioters then damaged the cars nearby by stamping on them, which dented the roofs and damaged windshields, while they made "obscene" gestures at officers. 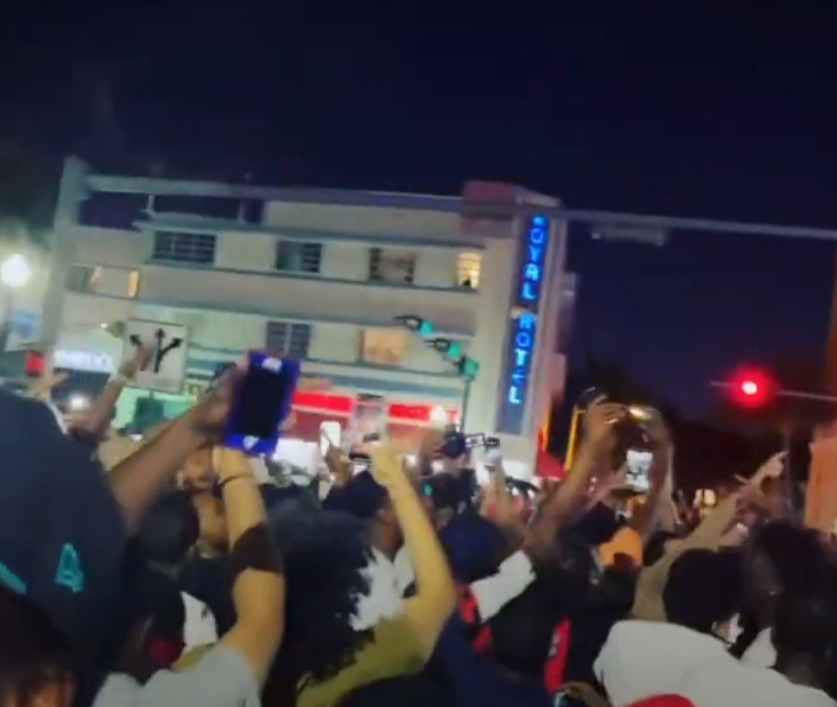 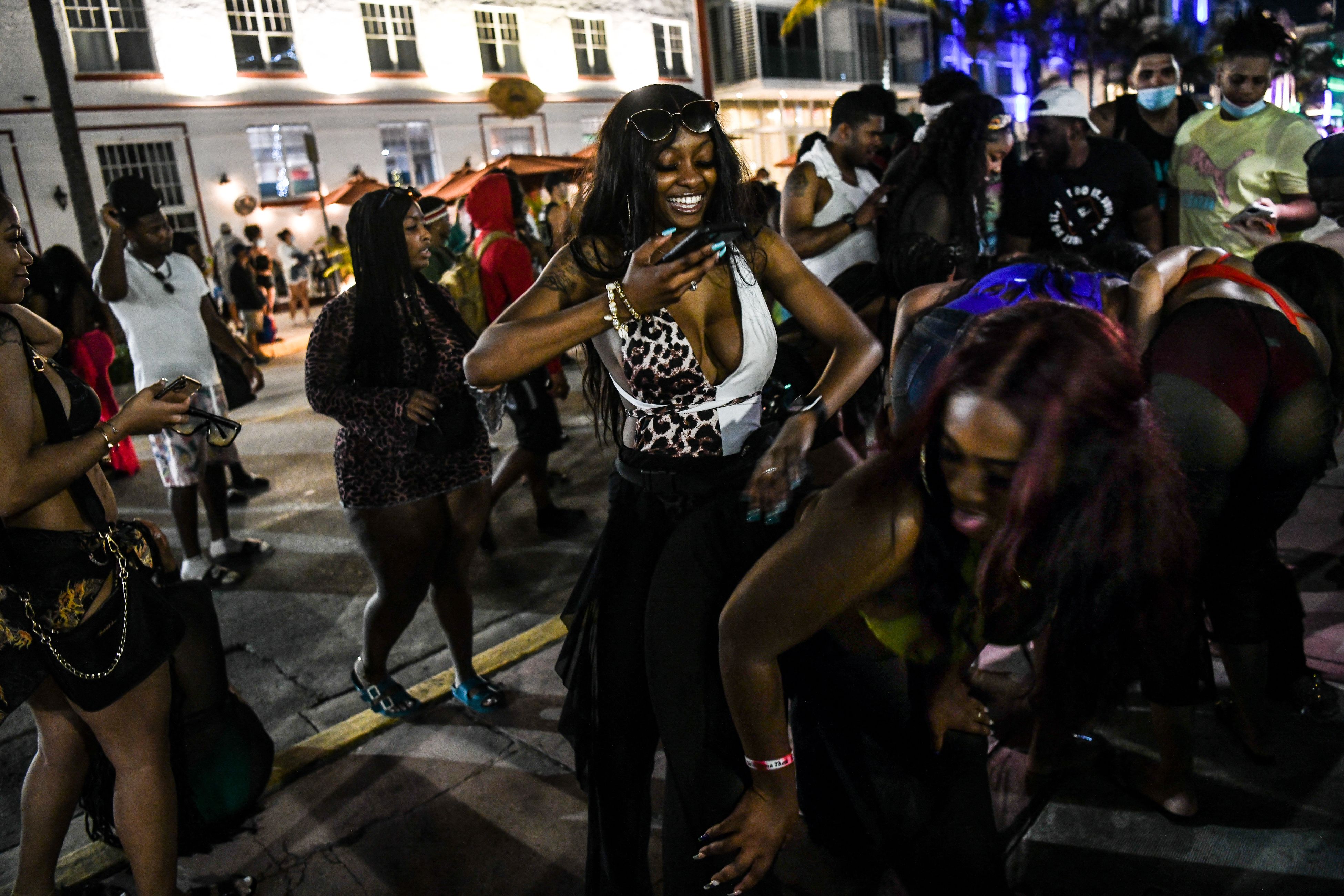 The cops found Washington on another street still blaring his music and encouraging the "unruly crowd to not follow" the orders from law enforcement.

Cops said they were "largely outnumbered" and the group became increasingly aggressive towards them as a result of Washington's behavior.

At least five cops from MBPD were injured during the chaos.

Cops arrested over 1,000 people, seized nearly 100 guns and even brought in SWAT teams with pepper bullets to get people to move on.

The city ultimately decided to implement an emergency 8pm curfew until April.

By Monday, things had calmed down significantly, according to local media outlets. 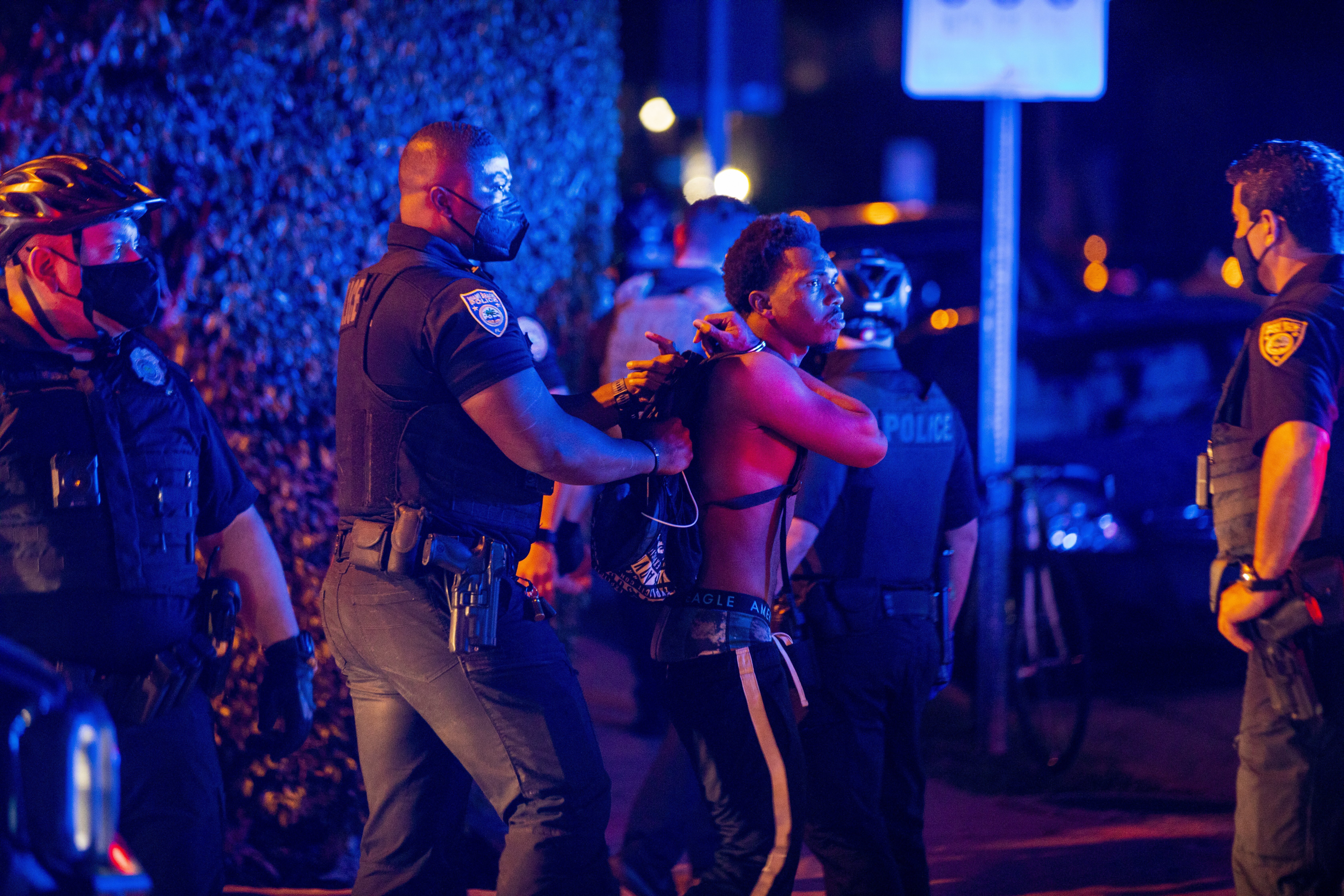 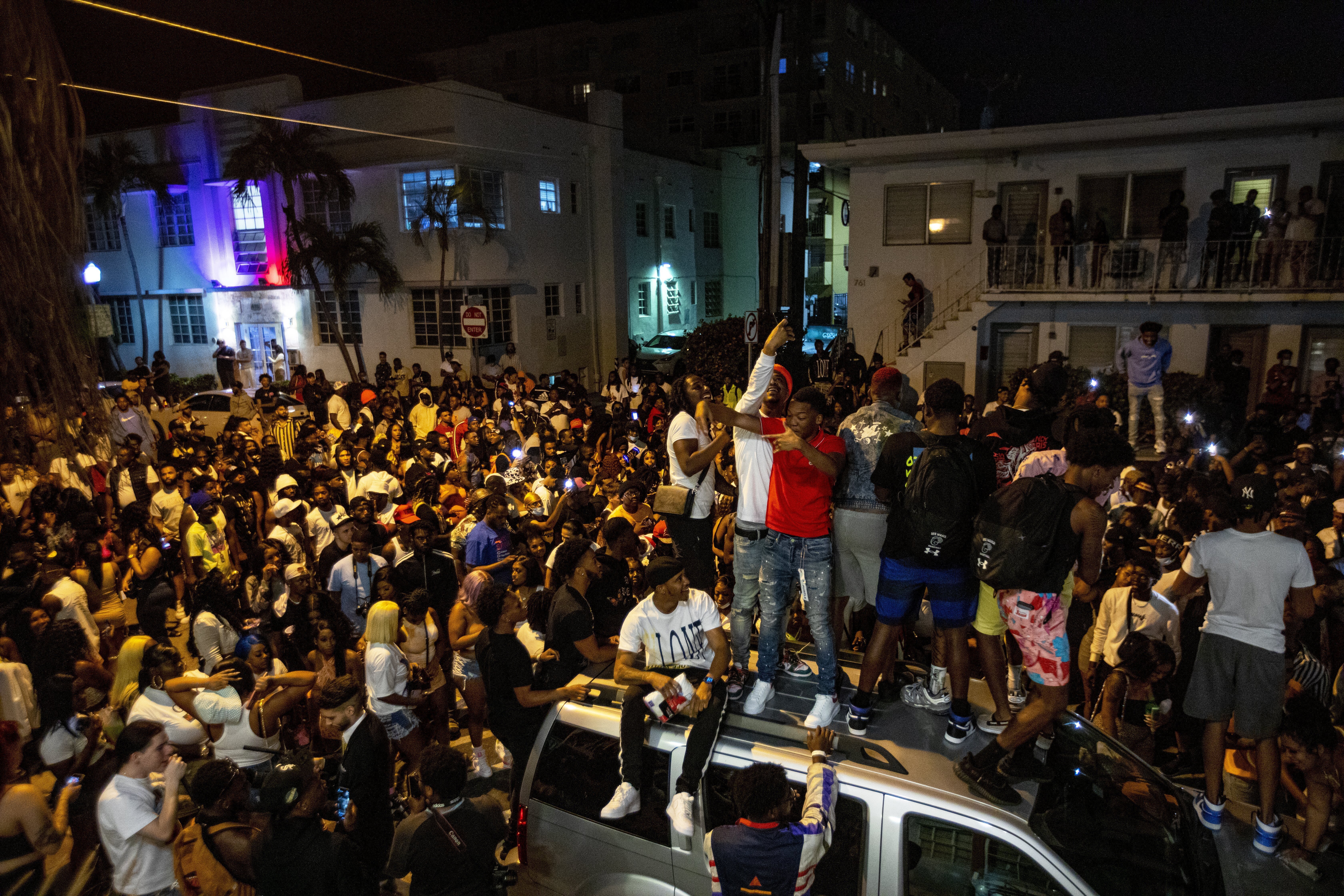 The 8pm to 5am nightly was in place in the "high impact zone" of South Beach and adversely affected the restaurants, bars and businesses still reeling from the coronavirus pandemic.

Mayor Dan Gelber said a wave of tourists descended on Miami Beach after Florida Governor Ron De Santis lifted coronavirus restrictions on February 26 and claimed his state was an "oasis of freedom."

News of a "rioter" being charged comes 24-year-old Christine Englehardt was drugged, raped and left for dead when she traveled to the Florida city alone. 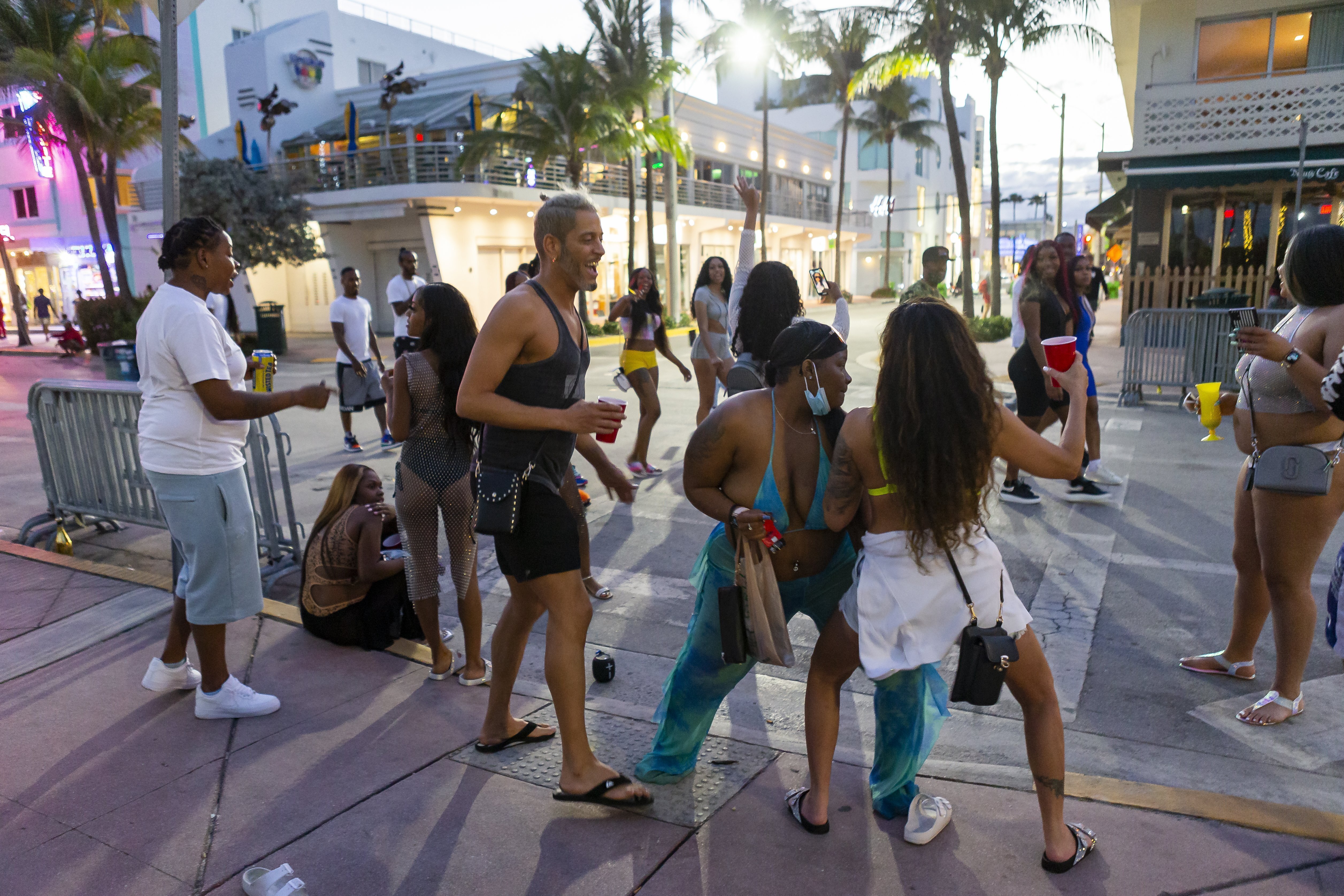 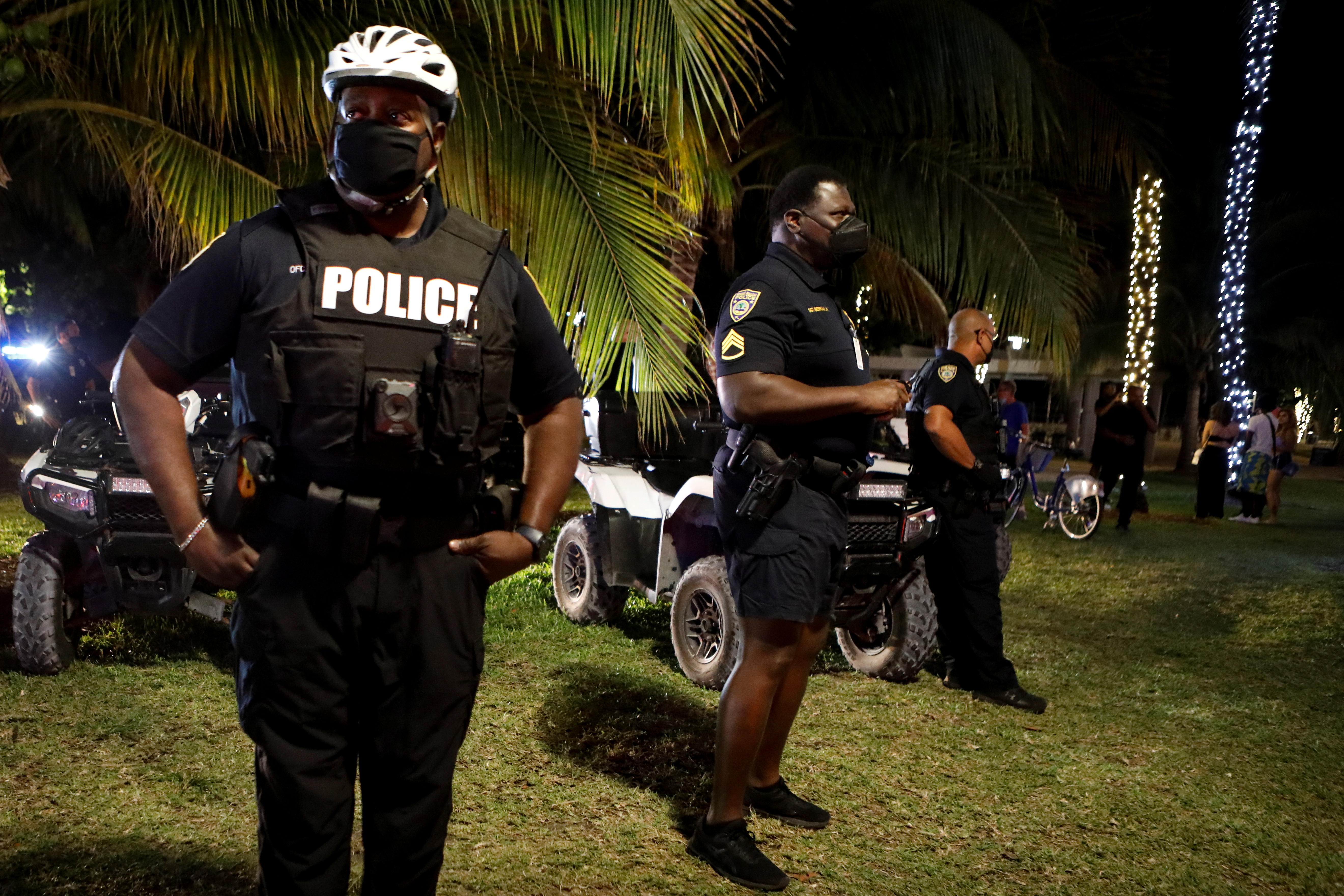 Evoire Collier, 21 and Dorian Taylor, 24, have been charged in connection with Englehardt's death in Miami Beach, as party chaos has led to more than 1,000 arrests.

Meanwhile, as authorities extended the 8 pm curfew for spring breakers, a SWAT team tried to break up rowdy revelers by using pepper spray balls, a move that was branded "unnecessary force."

He said that last Saturday night's show of "unnecessary force" was "performative" for residents who’ve been calling City Hall to complain.

He also noted that police gave only a few hours’ notice about the curfew and started firing pepper balls before 10 p.m.

He said police's handling of the matter reminded him of how Miami police handled Black Lives Matter protesters over the summer. 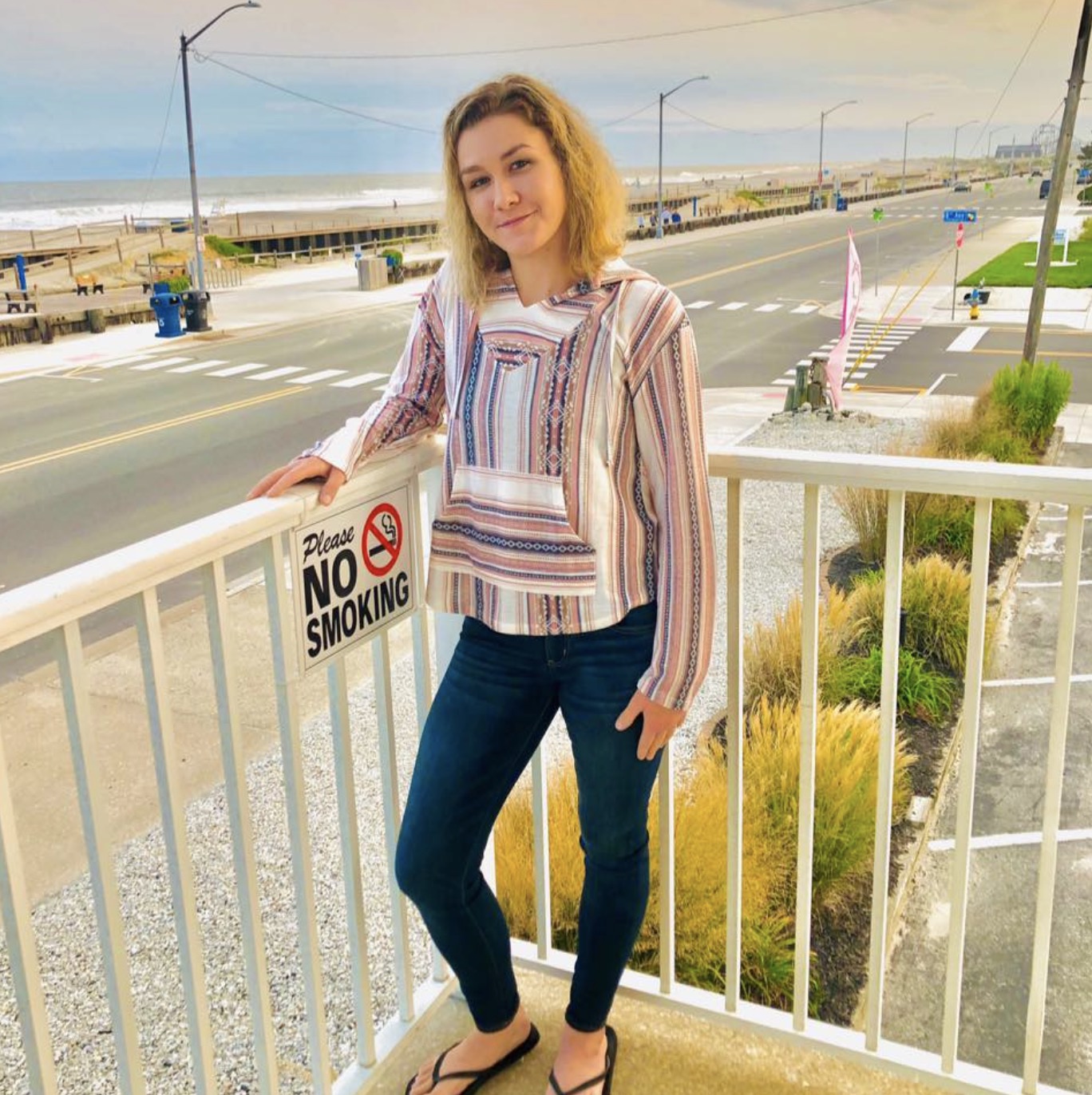 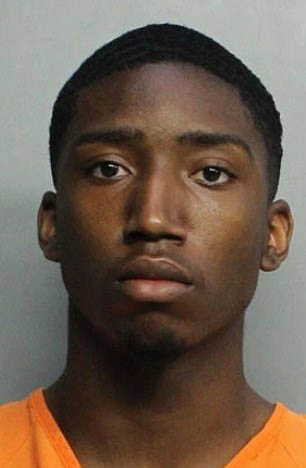 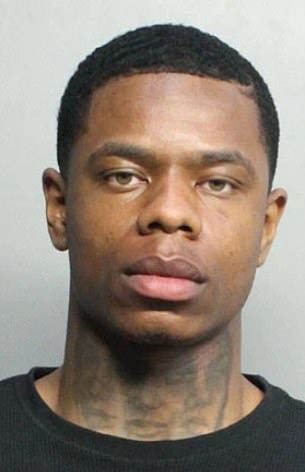 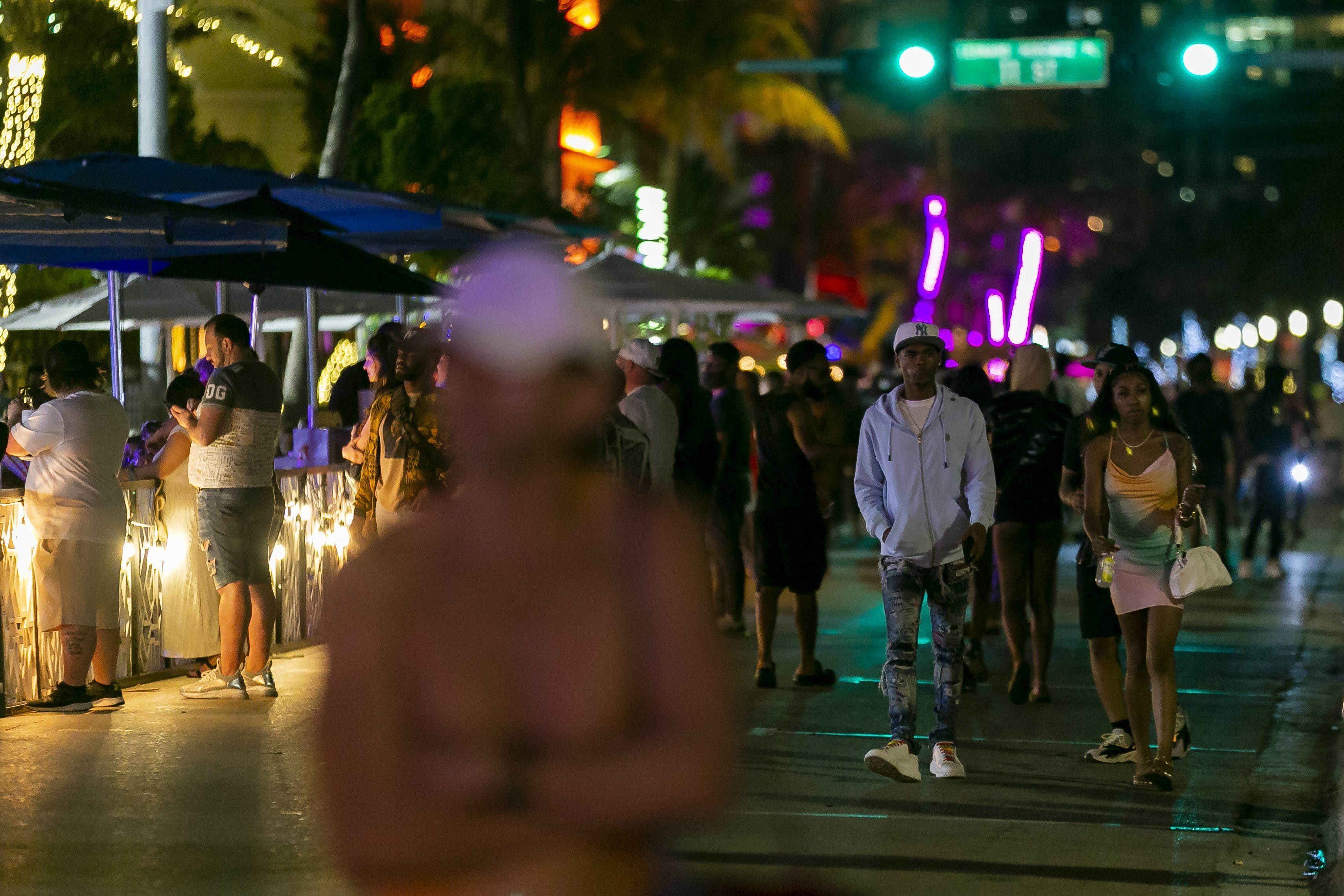