Mick Philpott’s accomplice becomes second to get freedom: ‘Sick’ friend, 54, who helped benefits-milking father plot blaze that saw six of his children burn to death is set for early release – three months after their killer mother

The killer jailed alongside Mick Philpott and his wife for the manslaughter of his six children is set to be released from prison halfway through his sentence.

Paul Mosley, 54, was caged for 17 years in 2013 over the deadly arson plot dreamt up alongside Philpott and his wife Mairead.

The trio had wanted to frame Philpott’s ex-girfriend Lisa Willis, even falsely reporting her to police before setting the blaze. 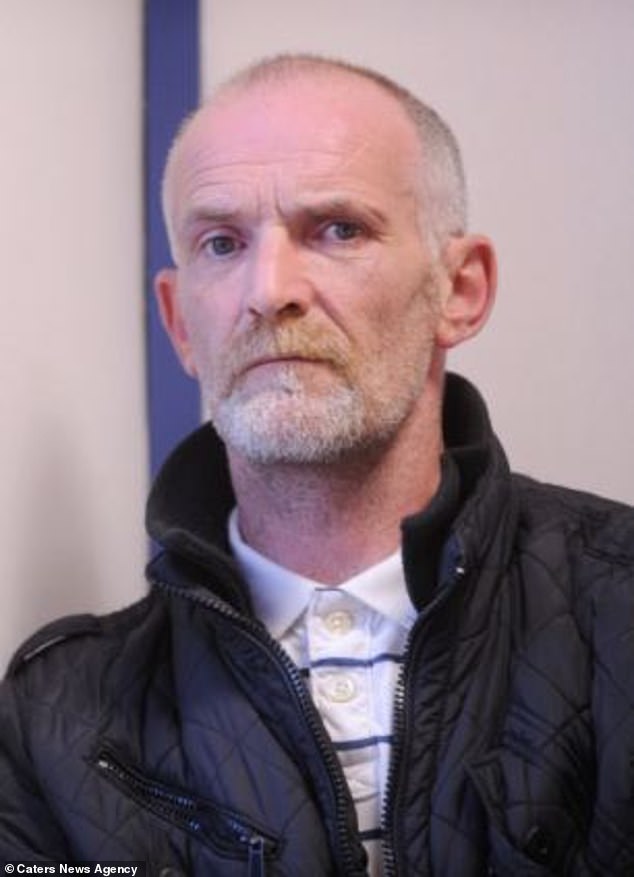 Paul Mosley, 54, was jailed for 17 years in 2013 for the manslaughter of six innocent children 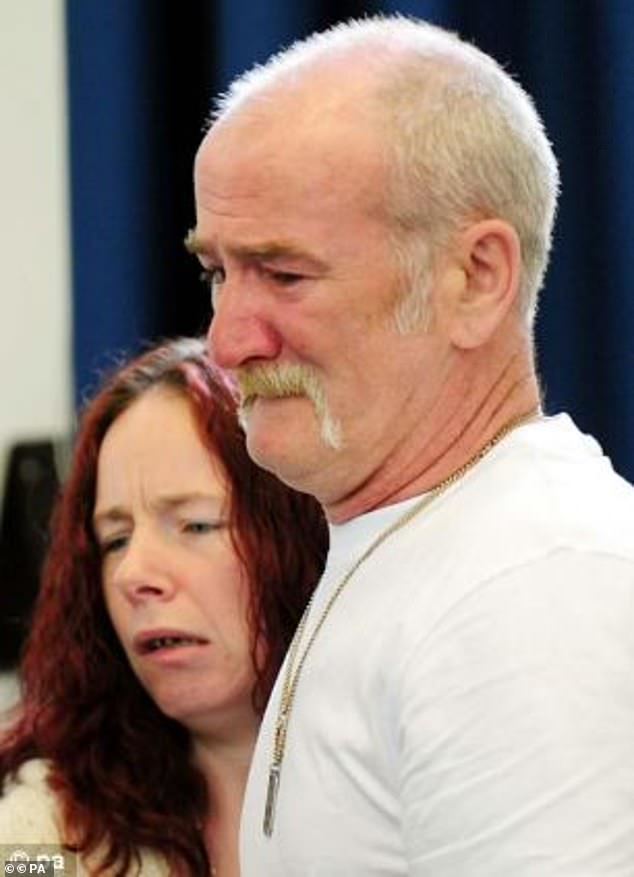 Mosley was best pals with Philpott and took part in sex games with him and wife Mairead, including after the fire, and will be freed on licence in May.

Andy Lyons, the partner of one of Mosley’s sisters, said today: ‘The man is sick, deluded and callous beyond belief.

‘Since his conviction he has claimed a Chinese newspaper is apparently clamouring for his story for a reputed £1 million, that he has “some big MP working on my case,” that he is “in talks with a few TV and radio stations” and also said “I’ll be back in Derby before you can blink an eyelid”.

‘None of these mind-boggling claims have ever come to fruition simply because there isn’t and never will be any new evidence. 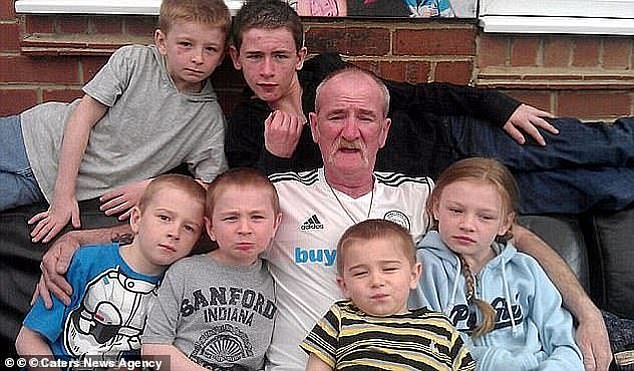 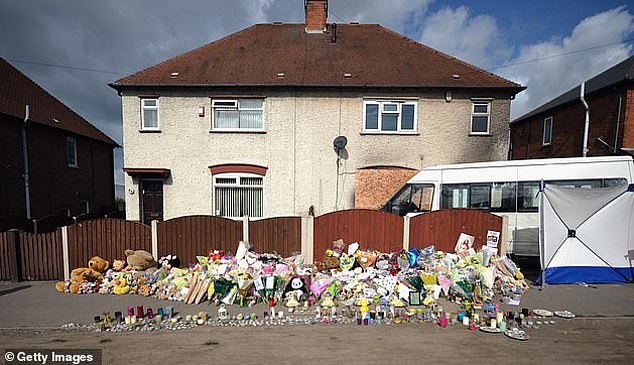 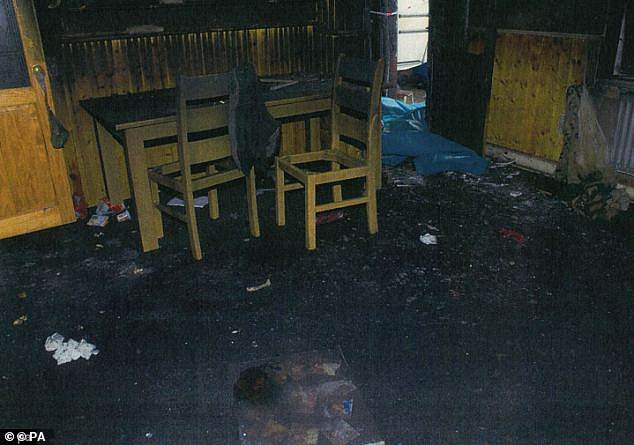 Mairead and Mick married in 2003 and shared a cramped three-bedroom council house in Derby with his lover Lisa Willis and their children.

Mick led his wife and accomplice Paul Mosley into a scheme to get a bigger council house by burning down his home and framing Willis for the crime after she walked out on him.

He also hoped to win back custody of his five children who had recently moved out of the home.

His intention was to rescue the sleeping children through an upstairs window but the plan went disastrously wrong after too much petrol was used and the fire burned out of control.

Mick, who had previously been jailed for stabbing a girlfriend 27 times, wove a web of lies trying to get away with the crime and even plotted to ‘get rich quick’ off generous donations from the local community meant to pay for the funerals of his children.

In the days that followed the fire, Mick began his elaborate ruse to appear blameless and even appeared at a press conference appealing for information.

During a fortnight of surveillance at the hotel where the couple were put up by police in May after the fire, they were heard whispering about the case, with Mick being recorded telling his wife to ‘stick to your story’.

They were charged by police on May 30 in connection with the deaths and Mosley was arrested in the months afterwards, having told a friend the plan had been for him to rescue the children.

Police initially charged the trio with murder but downgraded this to manslaughter because, while their actions were sickeningly reckless, the defendants had not intended to kill the children.

Mick was found guilty of the horrific crime at a trial in April and sentenced to life behind bars.

‘He was quite rightly convicted in a court of law, based on compelling evidence, of the slaying of six innocent children.

‘He’s simply a convicted child killer, may he rot in hell,’ he added to the Derby Telegraph.

Mosley is still protesting his innocence over the horrific crime, which shocked the nation.

It was started by Philpott with the help of Mosley and Mairead in a twisted bid to frame Philpott’s former mistress and gain custody of children he had with her.

But the plan to rescue the youngsters went wrong, and they perished after the house filled with deadly smoke and fumes.

The trio denied their involvement but each was convicted of six counts of manslaughter after a trial at Nottingham Crown Court.

The judge had told Mosley: ‘You must have appreciated the appalling risk to which these six children were to be exposed when this fire was started in their home.

‘And yet you were prepared to go along with the plan and to join in with it to please your then friend, Michael Philpott.

‘I am quite sure that one of your tasks that night was to remove the petrol containers from the scene so that the attack would appear to have come from outside.

‘You enjoyed the attention that you gained from your proximity to the fire. You boasted of being arrested and bailed for six counts of murder.

‘You could not help telling people that this was a plan that had gone wrong. You were going to hand

yourself in as ‘it wasn’t fair that Mick was taking all the blame’, ‘what would you say if I told you we rehearsed it all 6 weeks earlier’, and so on.’

Philpott was jailed for life while Mairead – who was released earlier this year with a new identity – and Mosley were each handed 17-year jail terms.

A HM Prisons Service spokesman said: ‘Offenders released on licence are closely monitored and can be returned to prison if they breach strict conditions such as curfews and exclusion zones.

‘Sentencing decisions are a matter for the independent judiciary who consider the full facts of each case.

‘Since 2005 the majority of criminals serve what are known as ‘standard determinate sentences’ and are released automatically at the half-way point, serving the second half of their sentence in the community on licence.’