Woman, 40, is banned from town centre after terrorising shoppers and staff with foul-mouthed abuse and even urinating in a manager’s office after being stopped for shoplifting

A foul-mouthed menace has been banned from Middlesbrough town centre.

Kerry Jessop subjected council officers, security staff, shop workers and members of the public to a volley of verbal abuse and intimidation despite repeated attempts to help her change her ways.

And in one shocking incident, Jessop urinated on the floor of a manager’s office in a town centre store after being apprehended for shoplifting.

Now the 40-year-old has been barred from entering a large area of central Middlesbrough – bounded by the A66, Hartington Road and Borough Road – until August, 2022. 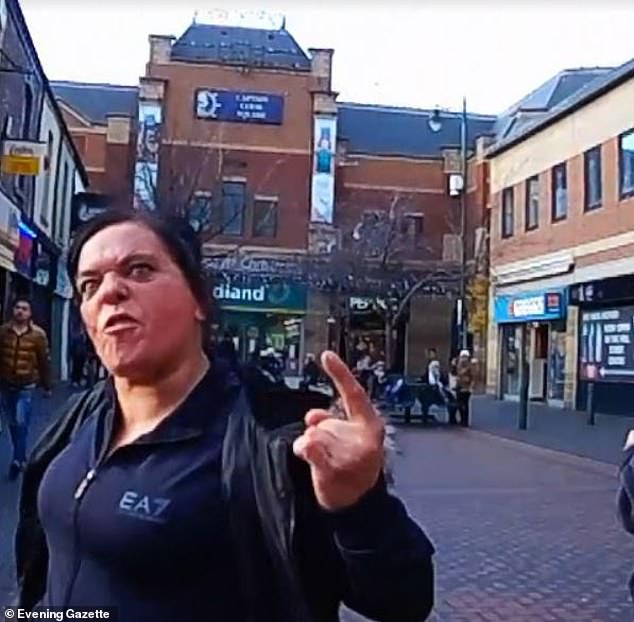 Kerry Jessop, pictured, has been banned from much of Middlesbrough town centre as a result of her continued anti-social behavior 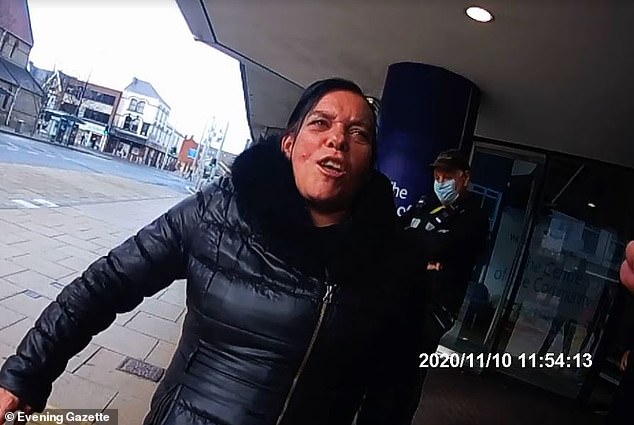 After being accused of shop lifting, Jessop, who has 27 previous criminal convictions over the past two decades, urinated in front of a police officer 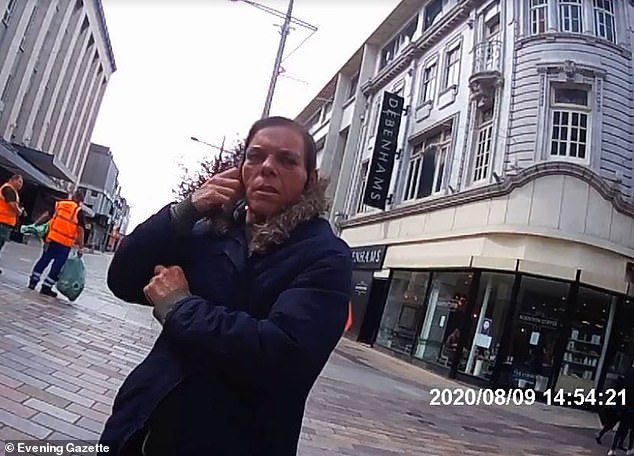 The Middlesbrough County Court order bans her from using threatening, abusive or insulting words or behaviour towards any other person, or from being in possession of any open container of alcohol in a public place

The Middlesbrough County Court order bans her from using threatening, abusive or insulting words or behaviour towards any other person, or from being in possession of any open container of alcohol in a public place.

Numerous attempts to offer support failed to bring about an improvement in her behaviour, and in 2020 her anti-social ways continued across the town centre, often recorded on body-worn cameras by council neighbourhood safety wardens.

Last June, while apparently under the influence of alcohol or drugs, she told a female neighbourhood safety officer ‘you look a silly **** in that mask’.

The following month she threatened to cough on a security officer at Middlesbrough bus station while displaying a ‘very aggressive and unpleasant demeanour’, and called security staff at Middlesbrough House ‘****ing useless’.

When she was detained in December for shoplifting, she was taken to the store manager’s office where she dropped her trousers and urinated on the floor in front of a police officer.

Welcoming the injunction, Middlesbrough Mayor Andy Preston said: ‘The sort of appalling behaviour that’s led to this action is totally unacceptable, and we’ll use all means at our disposal to stamp it out.

‘Hard-working shop staff, not to mention our wardens and members of the public, have a right to be treated with courtesy and respect – not subjected to a torrent of foul-mouthed abuse.

‘Efforts have been made to help Kerry Jessop improve her behaviour and turn her life around, but she’s rejected them all.

‘That leaves us with no option but to ban her from the town centre to protect decent, law-abiding people.’